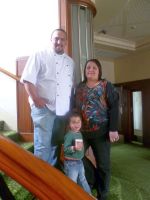 Putaruru Hotel was built specifically to house Queen Elizabeth II on her tour of New Zealand in 1953.  Unfortunately, following the Tangiwai Train accident on 24 December 1953, onlookers could only wave disappointed as the railcar holding the royal party continued past the hotel.  That’s all part of the legend of Putaruru Hotel that now adds Cameron Petley to its history.

Right: Cameron Petley with Tracy and Victor Thompson at the Putaruru Hotel. 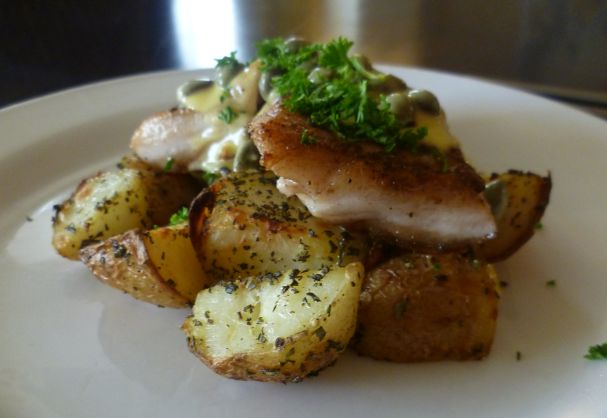 The popular contestant of Masterchef 2011 heads The Master's Table restaurant which is where Maraea Rakuraku samples some of his hospitality.

Above: One of Cameron Petley's dishes on the menu at The Master's Table.

Check out some of Cameron's recipes on our website.

The Whānau show is a radio programme tailored to kaumatua that is usually broadcast from Gisborne based iwi radio station, Turanga FM.  Justine Murray heads backstage to meet the musicians.

Rangitiara Dennan (1896 -1971) is better known as Guide Rangi one of the more legendary figures of Whakarewarewa village, Rotorua.  In an archival segment from 1948 she reminisces about some of the tour parties she’s led.