Hold strong to the values of Aho Matua

Phytophthora Taxon Agathis (PTA) or Kauri Dieback is a kauri killing disease and it’s proving to be problematic within Waipoua, Northland.  Maraea Rakuraku learns more about the disease and what is being done to combat it, with Waipoua Forest Trust ranger Stephen King.

According to the tumuaki Brian Paewai, Te Kura Kaupapa Māori o Tamakinuiarua owes its existence to the efforts of kaumatua and parents who prior to 1992, recognised that their children needed a follow-up to Kohanga reo.  Justine Murray is in Dannervirke at the kura kaupapa prior to its 20th birthday celebrations that took place this weekend. 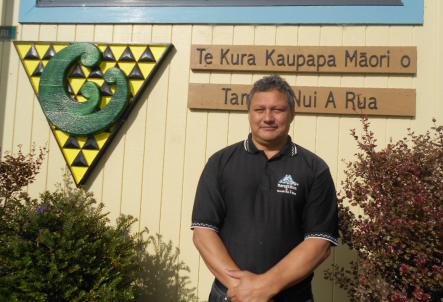 Emma Paki admits her lifestyle has had its impact upon her career but it hasn’t stopped her from performing or making music.   She reminisces about her early days gigging with Black Katz in the late 1980s before sharing what she’s been up to lately.