They shall grow not old, as we that are left grow old
Age shall not weary them, nor the years condemn.
At the going down of the sun and in the morning
we will remember them.

This week we present our ANZAC show.

In an interview recorded in 2008, Maraea Rakuraku recounts the personal trauma felt by Grace Turuwhenua and Joe Matene whose loved ones suffered from health issues relating to the chemical dioxin used during the Vietnam War and commonly referred to as Agent Orange.

The popular song Hoki Mai was adapted from the original Henare Waitoa composition Tomo Mai which was first performed by Ngāti Putaanga in 1946 to the returning soldiers of the 28th Māori Battalion in Ruatoria.  Both songs are similar in tune but differ in pace and meaning. Justine Murray deconstructs both songs with composer and grandson of Henare, Kahu Waitoa.

Maraea Rakuraku has a chat with Paul Moon, author of the book Victoria at Takrouna: The Haane Manahi story which relates to the subject of the winning speech at this year’s Cyril Bassett VC Speech Competition

Justine Murray is at this year’s ANZAC commemorations at The National War Memorial, Wellington. 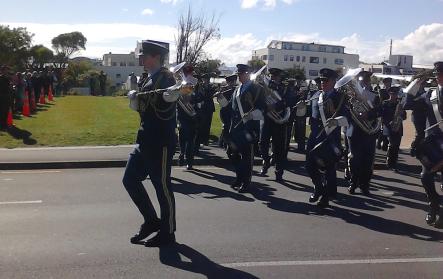