Every Tuesday it’s the same, volunteers Noeline Smiler and Millie Hawiki head to Muturangi Hauora to facilitate a food bank distributing kai amongst the community.  Justine Murray joins them.

Te Mangungu, Wellington has enjoyed a number of reincarnations in its lifetime - first, as a Methodist church and now as a Marae during which time it hasn’t ever really strayed from its religious origins as Bruce Aranga and Millie Hawiki explain. 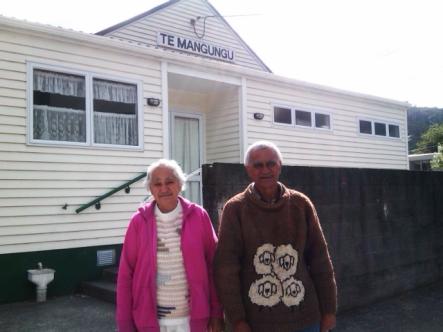