When the stomach is full a person is satisfied and well 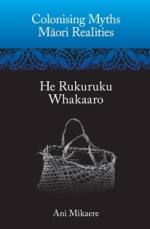 Ani Mikaere has immortalised the spirit of Whakaotirangi, the wahine Māori attributed with bringing the kumara to Aotearoa onboard the Tainui waka, in the title of her recently released book, He Rukuruku Whakaaro – Colonising Myths, Māori Realities. She talks about that and more with Maraea Rakuraku.

The 1981 Springbok tour is recognised as a watershed in New Zealand history and an archival recording from that year truly reflects that period.  Matiu Rata (1934-1997) discusses the merits of the Māori electorates (of which at the time there were four) with presenter Whai Ngata.

Lewis Gardiner’s artwork is in galleries and private collections all over the world.  Now, his designs are gracing a stamp and coin, available as part of the New Zealand Post 2011 collection.  So, how do you keep your ego in check? Well, as Gardiner tells Maraea Rakuraku it’s all about retaining cultural integrity while earning a living.

Glass artist Te Rongo Kirkwood showcased one of her pieces Manu Waiata at Maori Market 2011. Justine Murray talks about the concepts behind her designs and her latest Jewellery line.

Waiata featured: Ride and Everybody performed by Rio Hunuki-Hemopo from the album Wahine Toa (2007)