Ethnobotany is the science that looks at the relationships between people and plants and if there is a single body of work that encapsulates that within New Zealand, it is the groundbreaking Waitangi Tribunal Claim Wai 262 also known as the Flora and Fauna Claim.  Saana Murray (1926 – 2011) will always be associated with the claim that took 20 years to complete.  In Te Ahi Kaa, three years before her and five others were to create a historical precedent we have an archival recording of her speaking at the Ethnobotany Nga mahi Māori o Te Wao nui a Tane hui held at Rehua Marae, Christchurch in 1988. 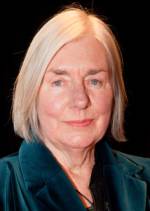 Print maker Marilynn Webb (right) was gobsmacked when she received a call that she was a recipient of a 2011 Taa Kingi Ihaka Award recognising her artistic contribution to Te Ao Māori.  She talks about her blissful childhood in Opotiki, teaching career, tutelage under Gordon Tovey (1901-1974) and being at the cusp of Māori Art and Craft within the education curriculum during the 1960’s and 1970’s.