From the cradle to the grave we are forever learning

In 1875 the magnificent Mataatua Whare tipuna (meeting house) was erected in Whakatane. Four years later it was shipped overseas for exhibition in museums in Australia and London, eventually ending up in Otago Museum in Southland where it stayed for seventy years. It was in the early 1980s that the Ngāti Awa iwi sought to have Mataatua returned to its rightful place. From 1996 it was returned to Ngāti Awa, which then set about the rebuilding of this historic structure.

On September 17th 2011 the house will be officially opened. Maraea Rakuraku talks to Dr Hirini Moko Mead who traces the history of Mataatua and its return to iwi.

By the time he was 26, Dion Church (1968 – 2011) had 18 rodeo championships under his belt equalling his father Merv Church’s record as a 15-time all round rodeo champion. His death on September 9th due to a heart attack was unexpected for this 43-year-old. As a tribute to Dion’s achievement this edition of Te Ahi Kaa replays an archival segment from 2009 about the Church family in action at the Manfield – Feilding Rodeo.

Visual artist Tai Kerekere was awarded a scholarship at the recent Nga tāonga toi a Te Waka awards, and we hear from highlights of his good-humoured acceptance speech at the awards ceremony. 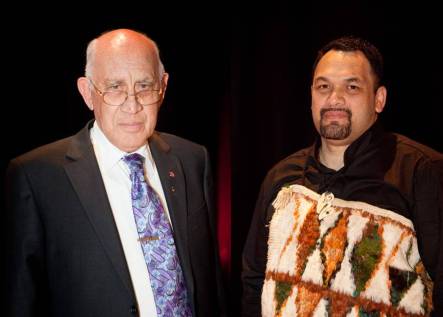