While challenging, Bob Northover finds the counselling work he does for Gisborne-based organisation Men for Change [1] very rewarding when it results in behaviour change. He explains what he does and in the process demystifies the wrongly held belief that Māori men are predisposed toward violence.

Dr Maria Bargh was excited when she saw the ways indigenous nations in Canada are actively pursuing alternate energy solutions and she's convinced Māori could adopt some of the solutions here.

For organic food advocate Kerrie Beattie it's all simple really - sick food results in sick people. But are organics a realistic option for financially-stretched rural Māori communities? This conversation, and others, erupts when Maraea Rakuraku sits in on a kōrero between Beattie, and the staff and students of the Horticulture and Agriculture courses offered by Tairawhiti Polytechnic. 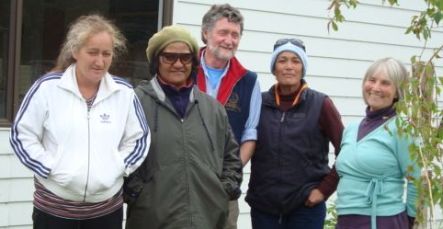 [1]This interview was done in February 2009. In September 2009 Men for Change closed down.