There was a time not so long ago when butter was in the news for the wrong reasons, with supposedly healthier alternatives promoted over a product that dates back to 2000 B.C. However, butter is back, and better than ever, thanks in part to some fascinating things chefs are now doing with it.

The Fearless Kitchen's Vanessa Baxter joins Jim Mora to share some top tips and offer up a traditional bread and butter pudding recipe. 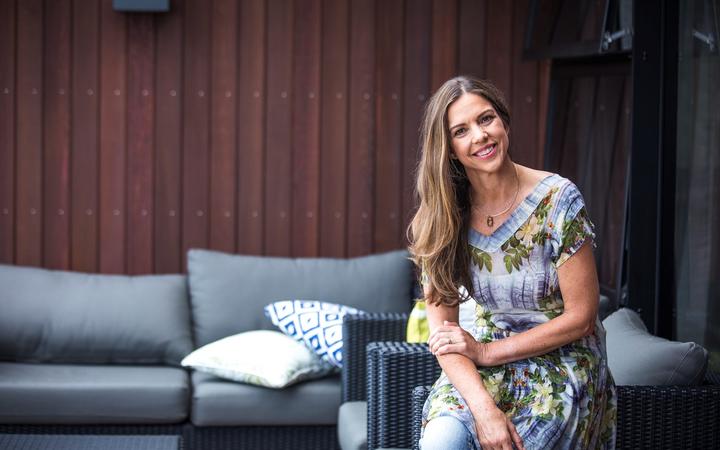 In a medium saucepan, combine cream, milk and caster sugar.

Scrape seeds from vanilla bean and add seeds to pan with pod.

Stir over medium heat 2-3 minutes, until sugar dissolves and mixture is hot. Remove and discard the pod.

In a large bowl, whisk eggs until frothy. Gradually whisk in hot milk mixture. Set aside.

Grease an 18 x 23cm deep (2 litre capacity) ovenproof dish with a little of the melted butter.

Measure the dried fruit, sugar, lemon rind and spice into a bowl and toss to mix well.

Cut each bread slice into 3.

Take enough bread strips to cover the base of the dish and dip each strip briefly into melted butter. (shake to remove excess).

Lay them in the prepared dish. Sprinkle with half the dried fruit mixture.

Repeat the layering, finishing with a final layer of buttered bread.

Pour over the custard mixture. Allow to soak for 15 minutes or up to an hour. (or in the fridge for up to 6 hours)

Bake in the pre-heated oven for about 40 minutes or until the top is golden brown and crisp and the pudding slightly puffed up. 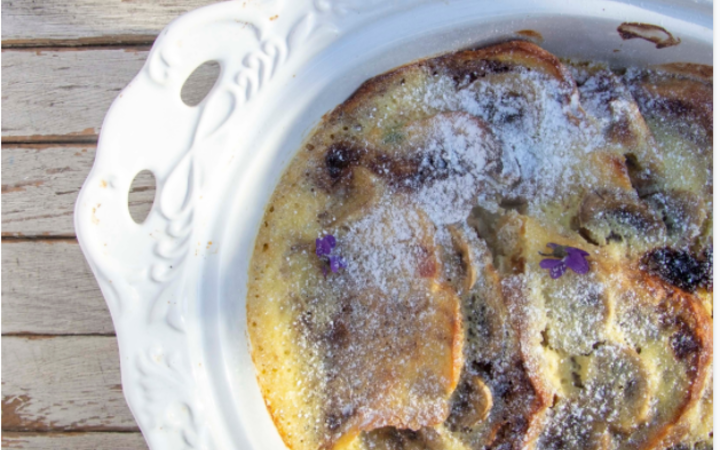