How 'emotional inflammation' could impact your mental health

Emotional inflammation is a phenomenon that's similar to post-traumatic stress, but instead of stemming from an event that happened in the past - it arises from living in today's tumultuous world where we are constantly besieged by distressing news.

So says Stacey Colino co-author of Emotional Inflammation: Discover your Triggers and Reclaim Your Equilibrium During Anxious Times.

She likens it to living in a snow globe that's being continuously shaken up. 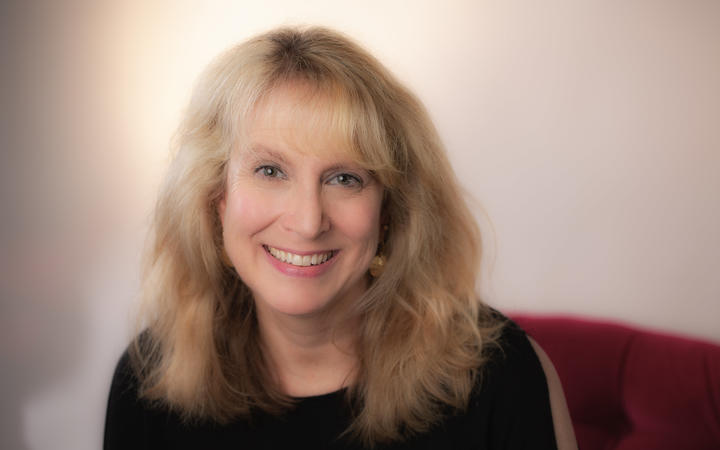 “A lot of us are walking around in this state of hyper-reactivity, agitation, or just feeling on edge and not like our usual selves,” Colino told Jim Mora.

Being emotionally inflamed can affect us from head to toe, she says.

“It can affect our energy levels, it can lead to more pain, more headaches, more joint aches, backaches, our ability to focus and concentrate, and be productive.

“And on a personal level, it just makes us uncomfortable.”

“A healthy diet and not just fruits and vegetables, which are anti-inflammatory, though those are important, also putting yourself on a regular sleep-wake cycle.

“With all this bright light exposure in the evening, we're basically resetting our circadian rhythms by delaying the release of melatonin. And that doesn't do our physical or emotional equilibrium any favours.”

The intrusion of 24-hour media is difficult to avoid – although she has some strategies.

“What you can do is set limits on your exposure. The idea isn't to stick your head in the sand and avoid reality, that's not going to help you either.

“But to perhaps read the newspaper or check online news in the morning or watch morning news TV and then put yourself on a break. So, you can focus on the business of day-to-day living and your work throughout the day.”

Although humanity has always endured war, famine plague, and other existential threats, she believes what we experience now is of a different order.

“It's almost as if we're living in a snow globe that is continuously being shaken up, and just when we have a chance to settle, we get shaken up again by another disaster.

“So, we're just constantly besieged by upsetting news and distressing news. And we don't ever get a chance to focus on any one issue, because they're all these other ones coming at us at the same time.”

So, what are Colino’s suggested remedies to this stress-indicing onslaught?

“If you take exercise, it's not just that exercising triggers the release of endorphins, it also stimulates brain derived neurotrophic factor (BDNF).

“And that's good for our brain’s functionality, but also good for mood, its release prevents stress from landing on receptors in the brain.”

She uses a raincoat analogy.

“The rain still hits you, but it doesn't penetrate the layers beneath and get you wet.

It’s important to recognise your feelings, she says.

“It sounds very touchy feely I admit. But it's really kind of like just pausing momentarily to take your emotional pulse. How am I feeling? What am I feeling? And it's not enough to just say stressed, you have to dig a little bit deeper.”

Sometimes naming a feeling more specifically takes away lot of its “emotional punch”, she says.

Rumination can lead to unhealthy catastrophising, she says.

“When people start ruminating, and asking questions about well, what if this happens? What if that happens? and catastrophising, they go down a dark rabbit hole of fear and anxiety and that doesn't help them feel better, it makes them feel worse.

“So, it's a matter of thinking constructively, thinking critically about some of the news items you're hearing and choosing consciously when you're going to think about all of this."

She suggests if you wake up in the middle of the night with thoughts of doom and gloom swirling through your head take a “thought vacation.”

“I'll think about this tomorrow and try to go back to sleep.”

Connecting with nature can soothe, she says.

“It's fascinating, fractals are these repetitive patterns in nature. You can see them in the veins of a leaf, or on a pine cone, for example. And they have a very powerful effect on our mind when we're exposed to them visually because they have this repetitive pattern. There is a process through which we take that in through our eyes and it signals to the brain that there's order in the universe, and that has an immediate calming effect.

“It's not going to make all the other troubles go away, but it can have a dissipating effect.”

In her own life she has paid particular attention to keeping negative thoughts under control.

“The fact is if you are emotionally inflamed, you are using so much energy. It's like spinning your wheels in neutral. You're not going anywhere. You're not doing anything productive, but you're using a lot of energy. And the fact is, it's exhausting - it takes a physical toll as well as a mental toll.”