Contrary to popular belief, new research shows that the amount of time we spend on smartphones is not related to poor mental health. 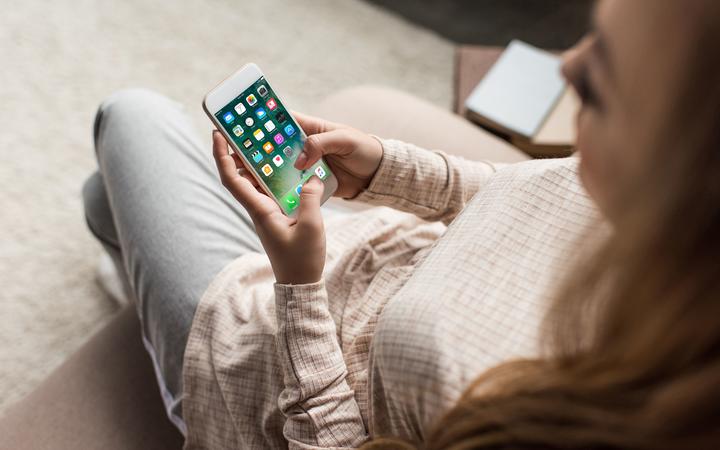 In fact, general smartphone usage is a poor predictor of anxiety, depression and stress, according to researchers out of Lancaster University, who are advising caution when it comes to digital detoxes. Lead author Heather Shaw told Sunday Morning that a lot of research which links phone use with mental health doesn't actually measure use - they ask for estimates or ask people to rate how problematic they think their smartphones are.

Her study measured logs of smartphone use either by apps for Android users or by getting the data from Apple Screen Time.

"We measured their use every day for a week and we found that when you look at these actual logs of smartphone use there is no link with anxiety and depression," Shaw said.

On average people tend to spend about four hours a day on their smartphone.

"We've actually found that it might be people's worries and concerns about their smartphone use which is driving the relationship with mental health rather than the actual useage." 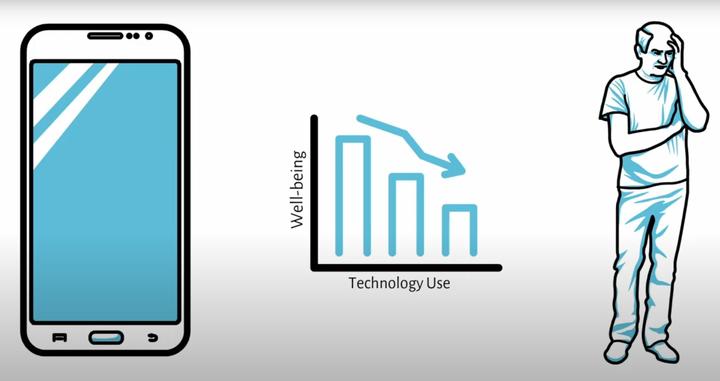 An image from a video on Lancaster University's study on mental health and smartphone use. Photo: supplied

So people were asked to rate how problematic their use was as well as to estimate how much of a problem it was. The conclusion was that their concern is related to problems with mental health and the actual usage isn't.

"I think people try and self-regulate their technology use in exactly the same way as they self-regulate  maybe what they eat or watching TV or others things like that, and obviously it would cause stress if you are trying to self-regulate and you're coming across problems with that.

"But that's different to increased use. So heavy use is not necessarily the same as problem use which I guess is one of the key findings and take home messages of our research."

Study co-author Dr David Ellis noted the increased use of cellphones during the Covid-19 pandemic for both work and day-to-day life. He concluded that reduced use of phones will not make people happier. Instead they would be better off facing up to the real worries in their lives rather than the amount of time spent on phones.

Deciding to do a digital detox has negative effects because it means people miss out on positives of contacting other people, Shaw said.

The research is free and those who took part in the study were given all the information that was collected.

While she picked up concern when they saw graphs showing their phone use, she said she has usually been able to respond that their use is typical of many people these days.