How daydreams help shape our sense of self

We all daydream and our minds can wander into a different reality or the past, and at times it’s useful and others it can be dangerous – like when you’re driving and suddenly find yourself already at your destination without being too conscious how you got there.

On the other hand, it can be a useful gateway to creativity, problem-solving and even to the realisation of our own potential.

Psychologist Eve Blouin-Hudon is an expert on creativity and imagination at Carleton University in Ottawa and has studied daydreams at length. She told Sunday Morning that daydreaming has been defined in various ways across different literature – mind wandering or task independent thought – but she sees it from a broader point of view as the mind at rest. 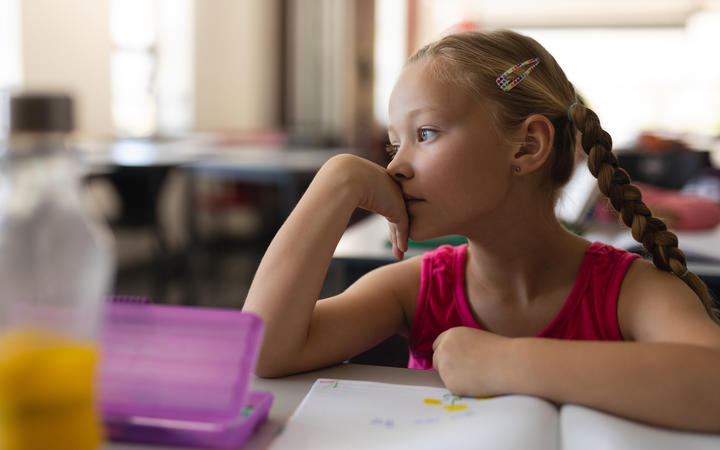 “[Daydreaming] is anything that is not aware attention, is not focused on the external environment, but is instead decoupled to the internal world.

“And so this decoupling activates what neuroscientist called the default mode network - it's different areas of the brain that light up when your attention is no longer on your external surroundings.”

But what triggers us to daydream? One of the biggest reasons, as might be expected, is repetitive, habitual, or boring routines and tasks, Blouin-Hudon says.

“A trigger also sometimes can happen when there's a goal in your mind that pops up in your imagination that is more important or salient than whatever you're doing in the external world.

“Maybe you're writing a book and so you're starting to think about the characters in your book, and so that goal is just more important or more salient in the moment, that tends to pull attention away too from the external environment.”

When is it useful?

However, she says she wouldn’t categorise it as being either just good or bad instead she sees it as being multifaceted.

“Sometimes daydreaming can be good in a way where we do rehearse narratives. We rehearse tasks, we rehearse goals, we project into the future when we daydream, and all of those things can be extremely helpful for us.

“But daydreaming, of course, can also take our attention away from important tasks. So when it comes to studying or reading comprehension, things like that, not always so good.”

Although, there are downfalls to daydreaming for those who get stuck in the past too much, she says.

“If you get stuck a little bit in that rumination where you think of a situation that you were in or you project yourself in a situation and you start to get anxious about it; you start to think about maybe the way that you spoke meeting new friends, you met new friends and you ruminate about how you were awkward or you didn't say the right.

“Even if you imagine yourself being in that situation can be not so helpful if it does make you anxious.”

At the same time, she says we shouldn't tell people to always stay switched on because there can be a lot of useful insight in daydreaming.

“There is a lot of useful information in those daydreams that can then be used for either introspection, understanding of the self, or even for creating, because a lot of those 'aha!' moments can come in a daydream.”

Is it possible to control?

Blouin-Hudon suggests we can be more in control of our daydreaming by turning it into a conscious process. 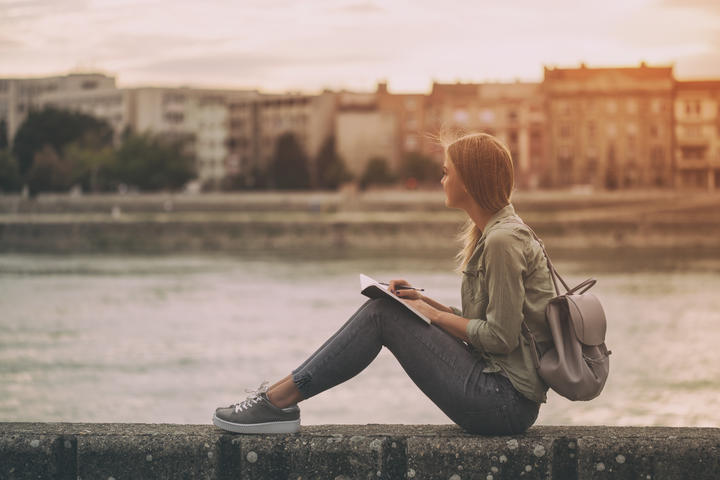 “In its most spontaneous form [daydreaming] usually will happen in a very habitual and unconscious way. And so to change it, you would have to maybe start taking a daydream journal, where every time you notice yourself daydreaming, you start to write them down like you would a dream journal.”

From that you could look at patterns, become more aware of your habits, and possibly try doing guided meditations to imagine more positive scenarios, she says.

“So you just look at the kind of stories that you're telling yourself and look at how you could change them, or how do you want to replace this story with a new one. And then you rehearse that new story until it sticks or you practice focusing your imagination on other things.

“You can fill your mind with these more simple relaxing things and that are closer to a controlled meditation. And hopefully with time in practice, your more spontaneous mind will go there too.”

What the research says about daydreaming

What Blouin-Hudon and other researchers have found is that daydreams tend to be very focused on the self and the short-term future.

“In the 2500 daydreams that I studied, 98 percent of them were based on the self.

“So [for example] how will I get to class? Or, what will I make for dinner tonight? Things like that, or I'm tired. Or, I wonder if my partner was thinking about this, this, that, or I wonder if my friends are planning to do something later on this weekend.

“Not to say that there aren't these more aspiration-based daydreams, like what are my life goals? And what am I looking forward to? Or remembering the past."

People may believe that introverts would be the ones to daydream more often than others. However, Blouin-Hudon says, while it’s hard to accurately measure just how much people daydream, people who inhabit an openness to new experiences are more likely to do so.

“Some people that are a little bit more neurotic, that have this more sensitivity to stress and negative emotions, they'll tend to ruminate a little bit more, so think about the past and kind of play that back.”

We also tend to think about our close friends, our family members, our co-workers, and even our pets in our daydreams, Blouin-Hudon says, which demonstrates our social nature as humans.

The research has also shown the we daydream slightly less as we get older, she says.

“Our mind is a little bit less active in general. But one thing that is or that is still a question is what do we daydream about in the later stages of life?