Does the music you listen to when you are young corrupt you or have a negative effect on your development and adult life? 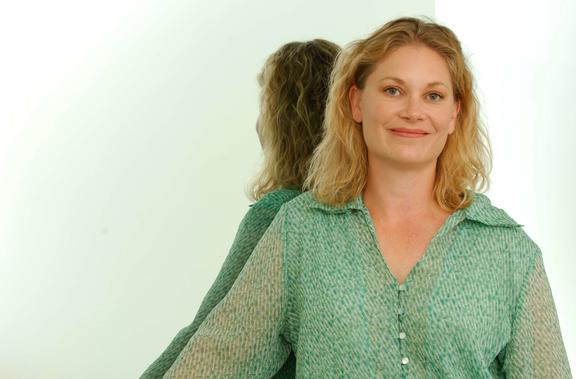 A new study looks at the effect of devotion to heavy metal by having 1980s heavy metal fans, groupies and musicians record their experiences, and then analyses what that wild youth did to them.

Dr. Natasha Howe is a developmental psycho-pathologist. She is Professor and Chair of the Psychology Department at Humboldt State University in California, and a two time Fulbright Scholar as well. Her work mainly focuses on child abuse prevention. And she's a former heavy metal groupie.

Confessions of a teenage metaller

Jim Mora: Heavy metal seems not to have done you lasting harm, Tasha.

Tasha Howe: Quite the contrary, I think. Looking back it in some ways saved my life.

Jim Mora: What sort of heavy metaller were you?

Tasha Howe: In middle school, aged 12, 13, I was into punk, so I shaved my head and I was listening to the Dead Kennedys and Fear and all those bands.

Then one day I heard on KROQ, which was a famous Los Angeles radio station, the song 'Live Wire' by Motley Crue. And I was just "Who is that? Who IS that?"

They happen to be playing in Los Angeles quite soon after that. So I got tickets, and my best friend and I went, and we happen to get backstage and meet the band. And that was it. I turned heavy metal from that point forward. 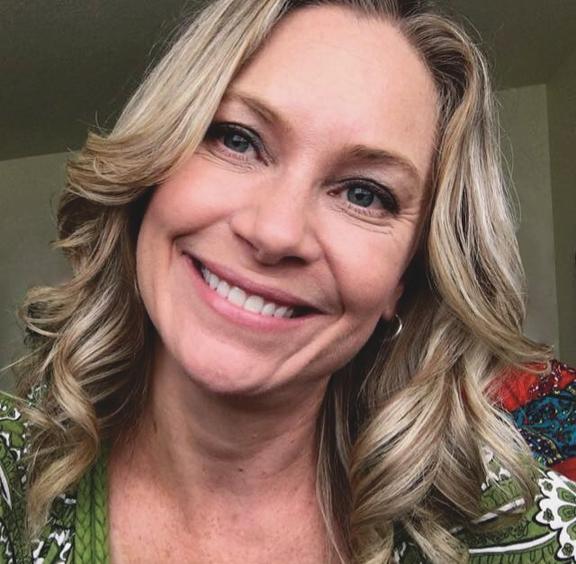 Jim Mora: What did you look like back then?

Tasha Howe: Well, I was, let's say, scantily clad. Like most girls who were in Hollywood, we would wear fishnet stockings, stiletto heels, a lot of leather, lingerie as shirts, big, big hair, there was a type of hairspray called Aqua Net, and all of us have had the biggest hair you could possibly get with the pink can of Aqua Net and tons of makeup.

Jim Mora: Metal might seem like fun now, but there was hostility towards it then. And having had a religious upbringing to an extent, like a lot of people, I would never listen to those songs about Satan being at the sabbath and so on. It was right out there, wasn't it?

Tasha Howe: Oh, for most of us, it was just fun. Ha ha, tongue in cheek. I don't think any of us who were listening to Ozzy Osbourne or Black Sabbath, or even Venom and some of the darker bands, were actually worshiping the devil. In fact, they were more likely to be agnostic or atheist - they just didn't believe in Christian ideology. So if you don't believe in Christian ideology, you don't believe in the devil either. It just doesn't exist. And so most of the people were doing it tongue in cheek, they liked the visuals. You know, Motley Crue had the pentagram, and they'd light their boots on fire and have candelabra and things like that. But I don't think anyone was really worshiping the devil.

Tasha Howe: Basically, heavy metal is pretty loud pounding guitars, some screaming vocals or growling vocals, pretty intense emotion, whether it's sexual tension or aggression. And there's many different genres of metal all the way from death metal, industrial metal.

Then on the tail end of that came more of a glam metal movement with Poison and Warrant and those things so it's kind of hard to pin it down into one type of music, but there's a lot of different types of metal.

Jim Mora: There was research back in the 1980s suggesting that 'metal heads' were at risk for poor developmental outcomes.

Tasha Howe: The few studies that had been done showed that people who listened to heavy metal were more depressed, they were more badly adjusted in terms of school and family relationships. They did work on kids in psychiatric hospitals and things like that, who happened to listen to heavy metal. So most of the research pointed to a pretty grim picture.

Tasha Howe: I was writing a memoir about my life when I was on sabbatical from the university, reliving all the metal days, and all the bands I knew and all that sort of thing.

My PhD advisor said, "Haven't you ever wondered what happened to all the people like you? Because no one would have predicted that you would get a PhD and be a college professor and now a Fulbright Scholar."

I started talking to Howard Friedman, who ended up being my co-author. He suggested we should do a study and I thought about how fun that would be for my students and my research lab to do a study on heavy metal people.

So we designed this huge study, and it ended up being really fun. We published two papers out of it, and it ended up winning an award for 'best paper of the year' from a psychological society for self and identity.

Jim Mora: You're study showed metal heads were significantly happier and better adjusted currently than either middle aged or current college age youth comparison groups. How and in what ways?

Tasha Howe: We tried to figure out all of the questions that the research in the 80s left unanswered. So we wanted to know are people who are attracted to metal just different? Do they have a different personality style or type than other people?

We assessed 10 different types of personality traits from neuroticism to conscientiousness, extraversion, all these different personality traits. We assess child trauma, thinking maybe their childhoods were different. We assess their attachment styles, meaning how secure they are in romantic relationships, and friendships, we had an 85 page questionnaire, we tried to figure out every single thing we could, and the only thing that differed was the type of music they liked.

We tried to control for any other explanations. And that's why we included the college students because we wanted to be sure, their answers were not just reflective of young people in general. So we got young people today to see if they differed from them, as well as people 35 to 60, who liked other types of music.

Some people who have may have been really dysfunctional may not have answered the questions. In the 80s AIDS affected everyone. A lot of people died of drug overdoses. I certainly knew people who died in car accidents. But it would affect all the different groups of people. So the dysfunctional people who liked, say, Madonna and Michael Jackson, they would also not choose to answer the survey, or they might be dead or in jail or whatever also. So it was are the best thing we could do to even-out the group to try to control for some of those other explanations.

I was predicting that there was going to be no difference, that we were going to contradict the research, and they were all going to be the same and all middle aged people are similar.

Tasha Howe: It was shocking to find out that the metal people were actually much more well adjusted and happier in terms of depression, psychological counseling, and looking back at their youth, they had no regrets.

We asked the metal group a lot of open ended questions like "what do you think people should understand about use of the 80s, or of heavy metal fans? All the other groups were talking about how "we're misunderstood, people stereotype us", but the metal people were the only group that said, "we don't care what people think about us." So it was just a really interesting group.

They were talking about how they had all kinds of childhood trauma, they experienced child abuse, alcoholism, they had used more drugs had more sexual partners, they had more STD than the other groups. But they were happier, they had no regrets. They didn't miss more days of work from psychological problems or physical illnesses, they had similar incomes. So we were surprised at how much happier and healthier the metal groups was than the people who liked other types of music.

When you're young, especially if you do come from a traumatic childhood like so many of the metal heads did, this was their family. It's like your tribe that you form. And you can really just feel empowered by being around those people and developing a strong identity, where it's okay, if your family's messed up. It's okay, if you're living in a society where you can't make a living, because you having this group to support you.

Jim Mora: If you grew up immersed in country music or classical, you wouldn't have got that same sense of belonging and ability to rebel. That's the difference, isn't it?

Tasha Howe: It could be, but there are plenty of classical artists that were seen as rebels and fringe at the time, they were just doing things that were totally unorthodox, you know, Vivaldi was known to be a party-er. There are rebels and people who take things in a more risque direction in all genres.

But at the same time, keep in mind that all of music is a business. So whether it's hip hop taunting people with their diamonds, and their fancy cars, and stuff. They're trying to create an image that people gravitate towards so they'll buy things and they'll support your music. And a lot of the images in heavy metal too were a business, whether it was glam metal being super sexy, and sort of transgender-ish, or whether it was the more satanic metal with the pentagrams and things, kids were intrigued by that, and they were going to buy your records. So the bottom line is there's a little capitalist thread going through all of music.

Jim Mora: Looking at the youth of today, and maybe as a parent giving advice, or at least knowing what to tolerate and what not to, what is the takeaway from your research in terms of  young people in those early years?

Tash Howe: I have a 16 year old son and a 21 year old son, and the approach I've taken is to not ban any music, but to talk to them about it.

I raised him to be a feminist and respect women. And yes, he listens to this music, but I haven't seen him act any of those things out in his daily life in terms of like disrespecting women or things like that. In fact, I've heard him call his teenage friends on sexist remarks that they have made.

So I think parents - and this is supported by developmental psychology research - need to know what their kids are watching. What are your kids playing? What are the games? I sit here when my son's playing video games ad I talked to him about the games. What are the goals? Why do you think this is fun? Why is this better than other games?

The more you know, and can communicate and are involved with your kids, the less you need to ban things, unless it's just completely age-inappropriate. I mean, I wouldn't want a five year old playing Mafia on the PlayStation or something thing like that. But you really just need to keep the lines of communication open, and be able to express your views to your kids about why you don't like what they're playing.

Jim Mora: There would also seem to be a key strategy indicator for being in an inclusive bolstering fraternity or sorority, you know that there seems to be a sense of belonging here that's important.

Jim Mora: So when The Who sang 'The Kids Are All Right', they were correct, actually.

Tasha Howe: I think so. Yeah.