Iron Maiden frontman Bruce Dickinson is something of a polymath.

As well as a singer; he is an airline pilot, novelist, international fencer, craft brewer, public speaker and broadcaster.

Despite being asked to write his memoirs many times in the past decade he had always refused these offers. 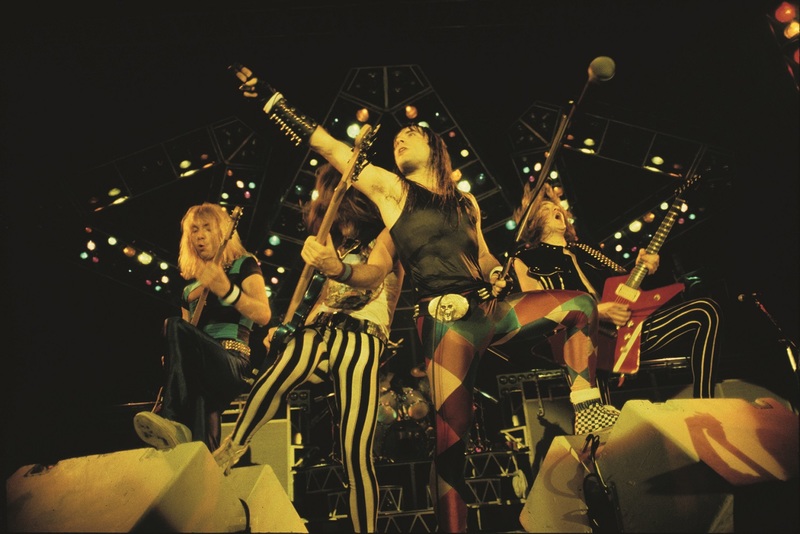 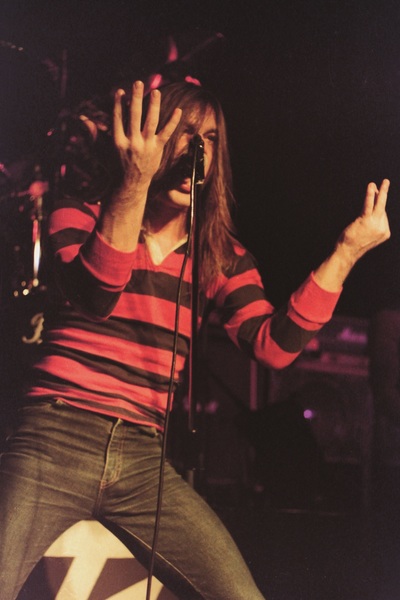 Bruce at the Marquee in Soho "doing my best Ian Gillan impression". (From Bruce Dickinson: An Autobiography, HarperCollins) 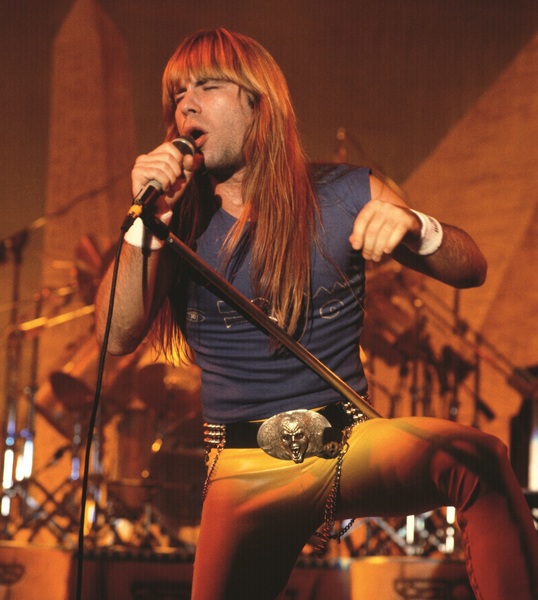 With matching hair and trousers. (From Bruce Dickinson: An Autobiography, HarperCollins) 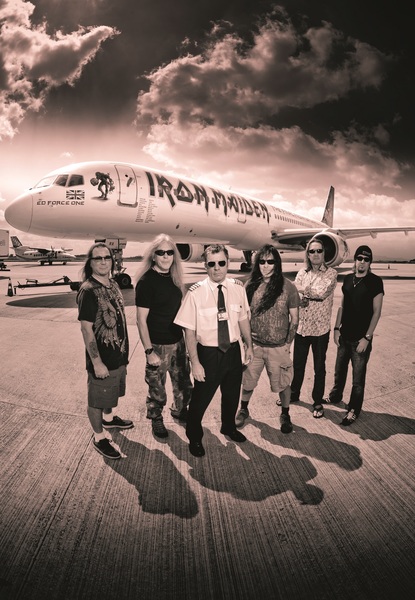 As a pilot Bruce Dickinson had to avoid the usual excesses of being in a rock band when he was flying them around. (From Bruce Dickinson: An Autobiography, HarperCollins) 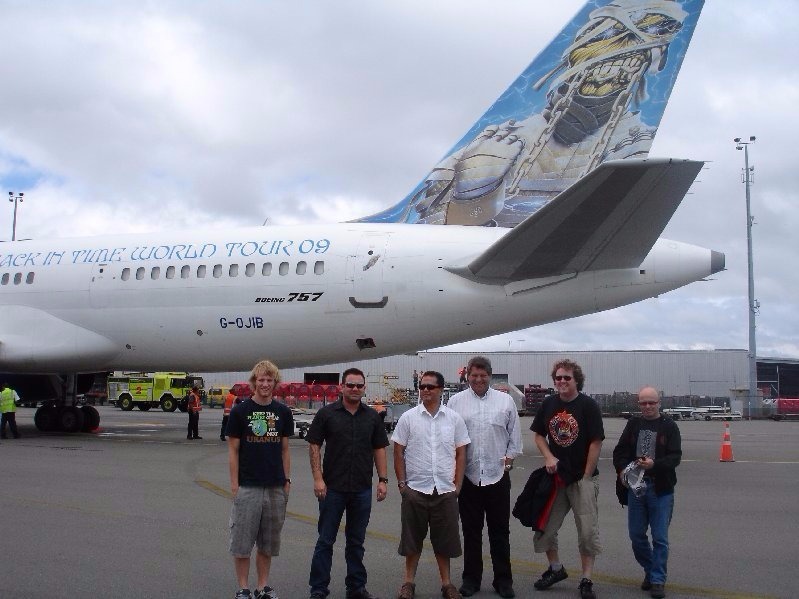 When Iron Maiden was in NZ in 2009, the NZ crew for the shows (pictured) got to fly in the plane with Bruce Dickinson as the pilot. 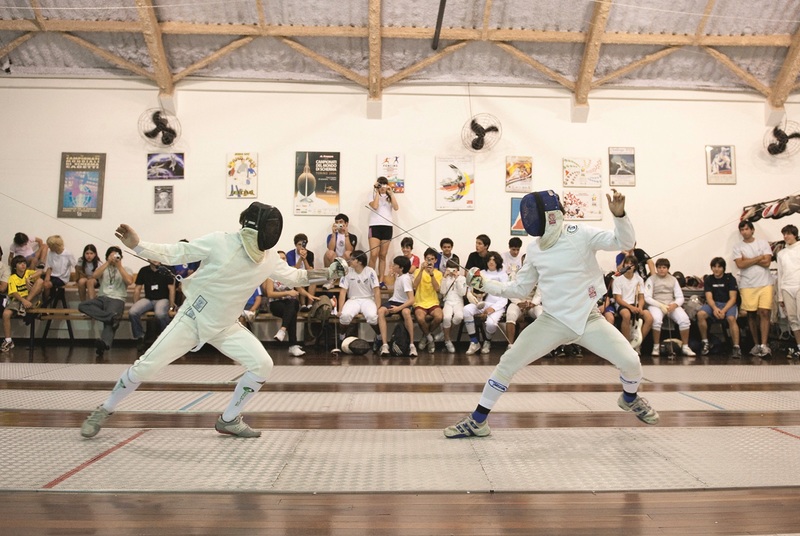 Dickinson, left, began fencing as a schoolboy, but, gave up competing in tournaments when he was 23 and ranked No. 7 in Britain. He still does it occasionally. 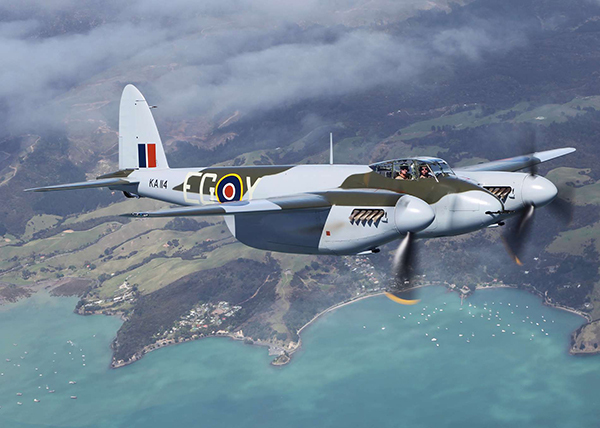 The De Havilland Mosquito restored by Avspecs in Ardmore that Bruce Dickinson speaks so highly of. Photo: Courtesy of Avspecs 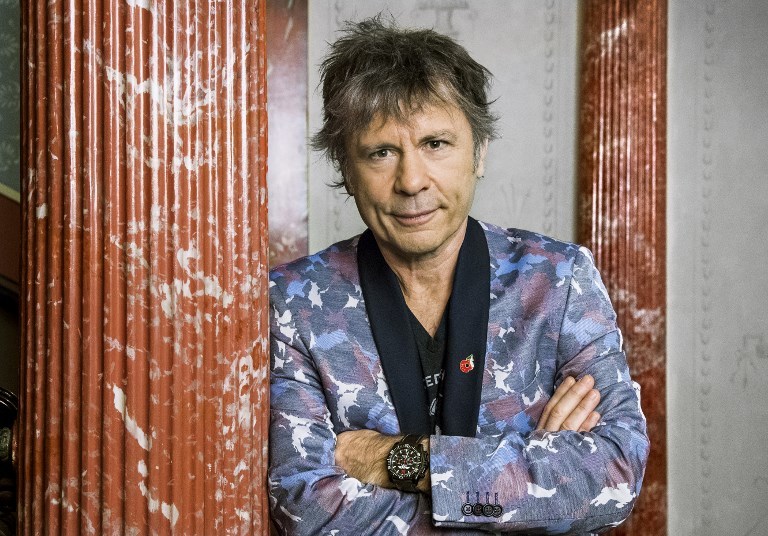 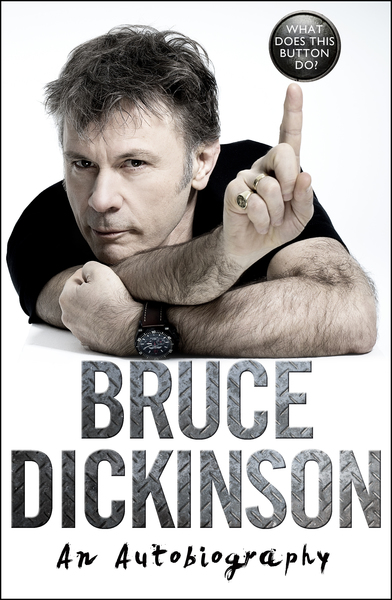 Dickinson's autobiography has been Number 1 in the UK.

But he’s now written What Does This Button Do?,  a best-seller in the UK.

So why the change of heart?

He says a diagnosis of throat cancer brought his life into sharp focus.

“When I got clear of it all I revisited the idea.”

Dickinson says his intention from the outset was never to write a “kiss and tell” and he was inspired by the debonair and witty memoirs of the late actor David Niven.

“He wrote a fabulous autobiography called The Moon’s A Balloon and it was like going into a bar and sitting having a beer with him.”

While Dickinson’s public profile is based on a 30-year career as a rock singer in a still hugely popular heavy metal band, he has had a parallel career as a pilot.

“I was working full time as an airline pilot for basically ten years until 2011.

"For large chunks of my time as an airline pilot nobody had the slightest clue that their first officer, or later the captain, was this guy who also moonlighted running around yelling at people in a heavy metal band.”

Dickinson has no plans to retire, so long as his pipes are up to the job. And he says Iron Maiden’s audience is bigger than at the height of their 1980s fame.

Dickinson is 59 and says it’s not his age group coming to see Iron Maiden.

Iron Maiden were pioneers of the new wave of British heavy metal and broke through with their album The Number of the Beast in 1982.

It was a huge success but brought them to the attention of American Christians and the Parents Music Resource Centre (PMRC) which campaigned to have warning labels on records with sexual, violent or satanic lyrics.

“We had guys parading around outside our shows with 30-foot crosses, handing out leaflets which is tough to do with a 30-foot cross.

“However they’d attached a tail-wheel to it so it was a very convenient burden to shoulder. I suspect Jesus might have had a bit of a harder time.”

The producer of Number of the Beast, Martin Birch, pushed Dickinson to the limit vocally.

“It was about discovering the voice that was underneath my voice; I could copy people because I had a reasonable voice but that wasn’t the point. I actually had to break my voice down and almost get to a state of complete despair and build it back up again, and kind of become me.”

The title-track had a spoken intro, but it’s not Vincent Price as many supposed. The band got in touch, but the veteran actor's fee was too rich for a band on $100-a-week retainers.

“We phoned up Vincent Price’s agent and he did actually say the proper Hollywood words ‘I’m afraid Mr Price doesn’t get out of bed for less than $10,000'!”

In the end they got a voice actor to do a cut-price Price.

“Capital Radio [London radio station] used to have a ghost story on every night at midnight and this actor used to read the ghost story and he was a dead ringer for Vincent Price he came in he was about 300 bucks.”

Dickinson’s aviation skills have come in handy as the band continue to tour the far corners of the world.

“We had huge demand from all over the world because there’s Iron Maiden fans in India, Malaysia and South Korea.”

Dickinson says flying a band plane with crew and equipment on board makes life easier logistically, being free from the constraints of commercial airline schedules.

“The idea of doing one extensive tour where we joined up the whole world was something I don’t think had ever been done before.

“So we rented it for about eight weeks we had to modify the inside of it because I worked for the airline I was one of the three pilots.”

Dickinson ability to master various disciplines is down to a certain obsessive quality, he says.

“If you’re passionate about something you will have that degree of obsessions and drive to understand something, to get under the skin of this thing you’re trying to do.”

Iron Maiden is a band which gets practically no mainstream coverage, but remains a huge live draw card with obsessive fans throughout the world. A fan base built up over 35 years.

“I would much rather mean something to a small group of people than be nothing to the whole world,” says Dickinson. 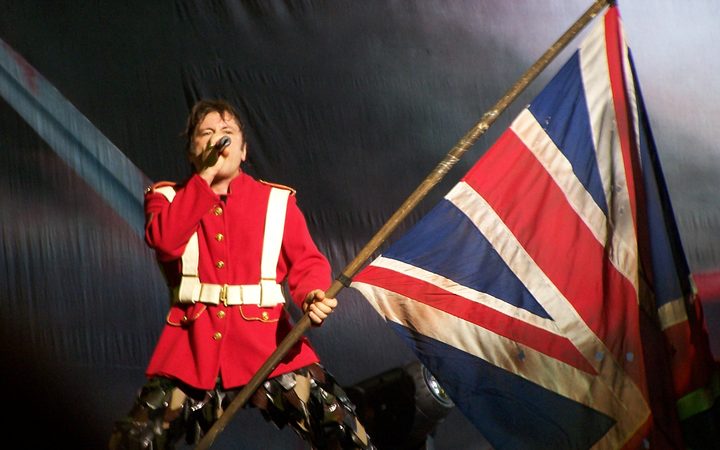