There's evidence that South Korea could be experiencing a second Covid-19 wave, and New Zealander Gary McLean, a professor of molecular immunology at London Metropolitan University, says we shouldn't discount the idea of it happening elsewhere. Professor McLean joins the show for an update on the outbreak, which he says will keep getting worse before it gets better. 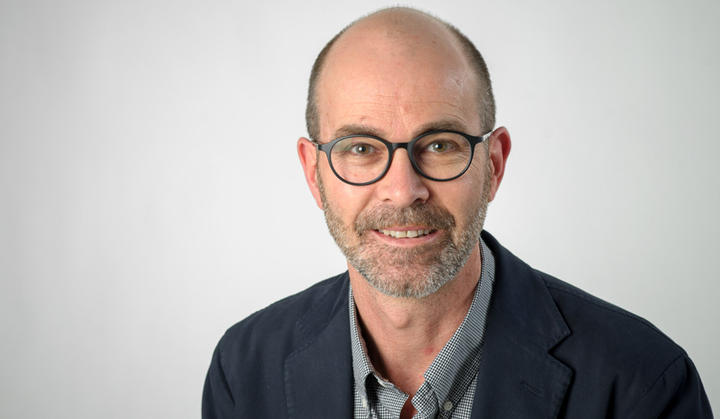 7:43 Kiwi stuck in Peru: 'We're getting much more disheartened'

Last week we spoke to Jo Tovee, a New Zealander who was stranded in Lima after Peru went into a state of emergency while she was on holiday there. Since then, she has been forced to find new accommodation at short notice after her hostel was raided and closed down. She says she feels disheartened and that the window of opportunity to get home is closing. 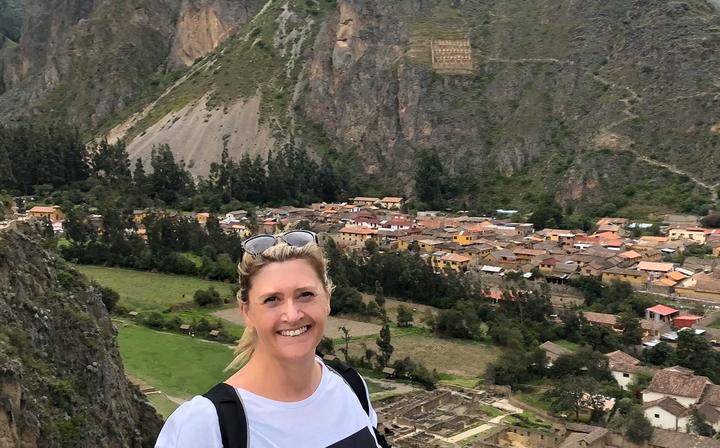 Dunedin native Sarah Shackleton met her husband Miguel when she was completing her arts degree at the University of Canterbury and he was working as a ski instructor at Craigieburn Ski Field. The couple have lived in Spain since the early 90s, and now with Covid-19 restrictions in place they are in isolation in their fifth-floor apartment in Zaragoza with their 18-year-old daughter Elisa, who returned from the States where she was on a golf scholarship. 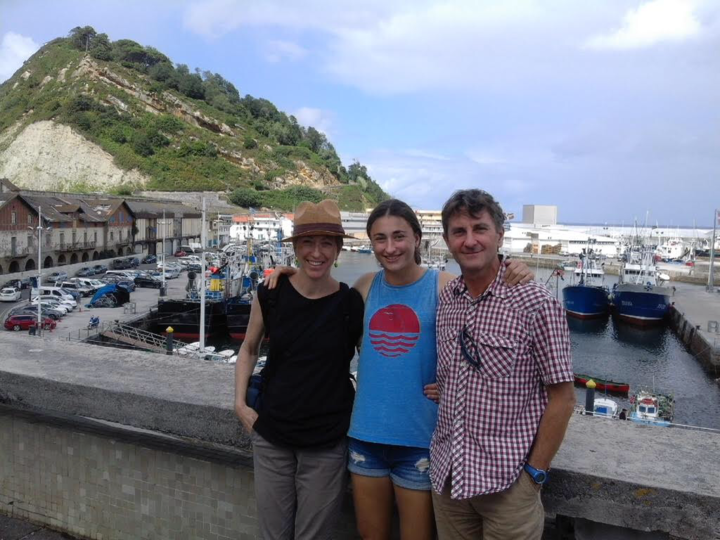 Research NZ are working to take the pulse of the nation week-by-week as Covid-19 restrictions have the country on lockdown. Research NZ partner Emanuel Kalafatelis discusses the preliminary poll, which was taken while the country was at Alert Level 2, and shows the majority of people think it will be more than six months before things are back to normal. Meanwhile eight percent of people think things will never return to how they were before. 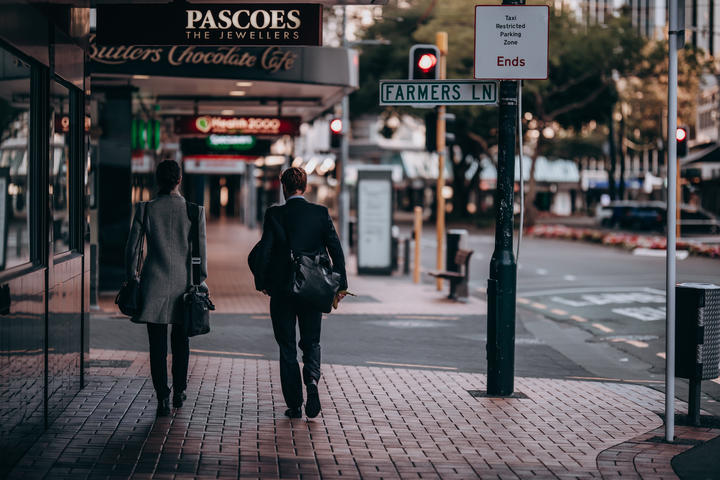 Today marks day four of New Zealand's nationwide Covid-19 lockdown. We're joined by commentators Linda Clark, a partner at the law firm Dentons Kensington Swan, and Michael Barnett, Chief Executive of the Auckland Business Chamber, to see how they feel New Zealand is handling the situation as a whole. 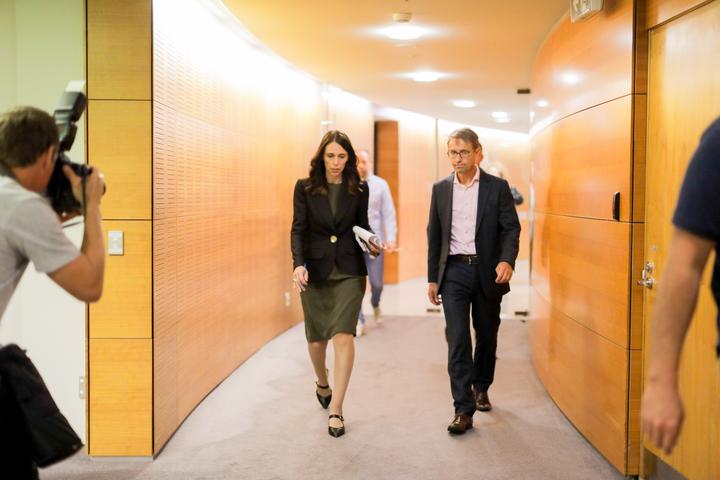 8:38 The challenges of isolating in a holiday park during Covid-19 lockdown

Steve and Jacqui Clark have been living in Brunei for the last four years, but returned to New Zealand for a long-anticipated holiday just before the country's Covid-19 restrictions kicked into gear. The couple are now holed up in a cabin at Himatangi Beach Holiday Park, near Palmerston North, where they are navigating the challenges of isolating in a camping ground. 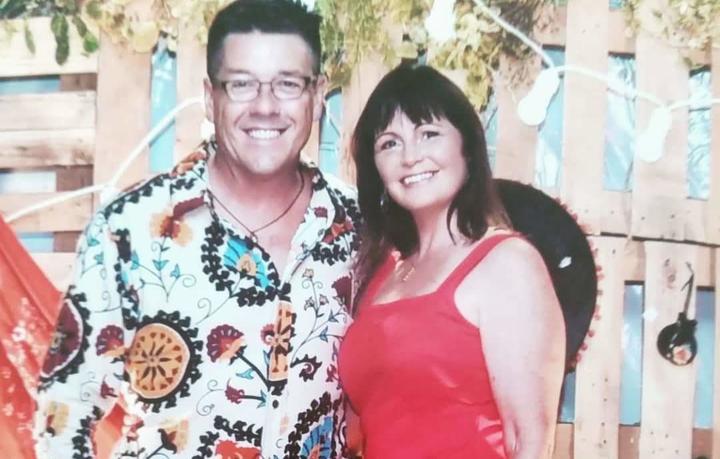 Remdesivir, an investigational drug developed by Gilead Sciences Inc. as a general purpose anti-viral, is being billed as the most promising Covid-19 drug by researchers. Andrew Joseph is a reporter at STAT covering health and medicine who has been looking into Remdesivir, which is claimed to have aided the first confirmed U.S. coronavirus patient. 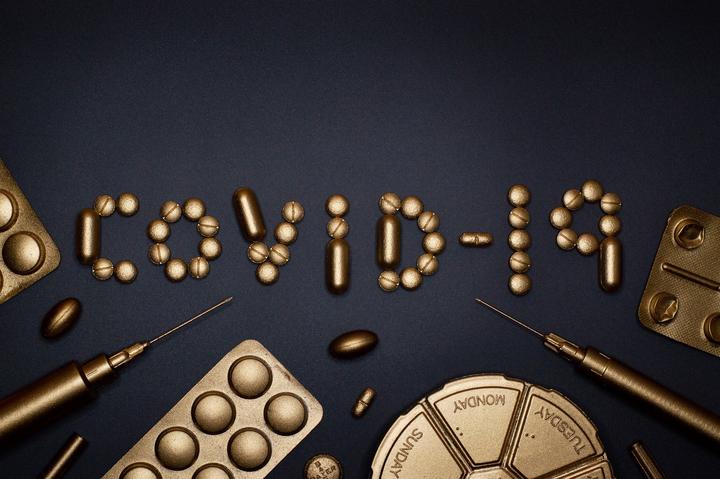 9:37 3MM: Vaughn Davis on things of beauty in times of crisis

Vaughn Davis is a social media guru and the owner and creative director at New Zealand ad agency The Goat Farm. He offers his thoughts on a public toilet built in the darkest hours of WW2 - a story of beauty and hope that is entirely relevant in this time of the Covid-19 lockdown. 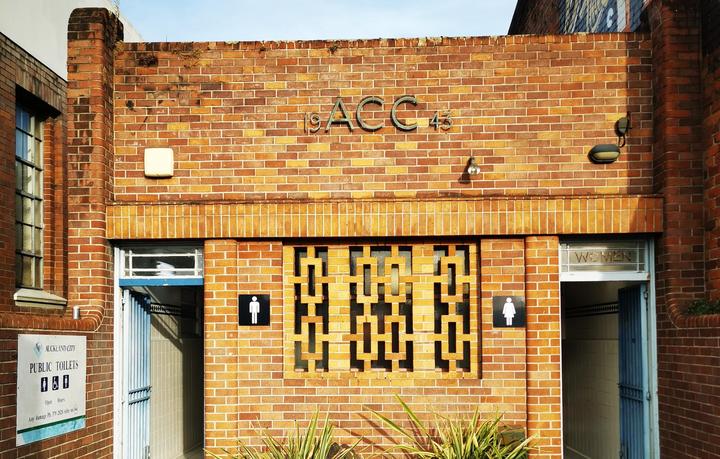 Vaughn Davis offers his thoughts on a public toilet built in the darkest hours of WW2 . Photo: Supplied / Vaughan Davis

Public health physician from the University of Otago, Wellington, Professor Michael Baker has been a leading voice throughout this current Covid-19 crisis and he joins us again on Sunday Morning to field your concerns and ours. Text 2101 or email sunday@rnz.co.nz with any questions you'd like to ask.

A Natural Year follows writer, broadcaster and former magazine editor Wendyl Nissen's tranquil life in the Hokianga countryside over a twelve month period. She joins the show to discuss her new book and how the move to self-isolation in the Covid-19 lockdown isn't all that different to regular life in Northland. 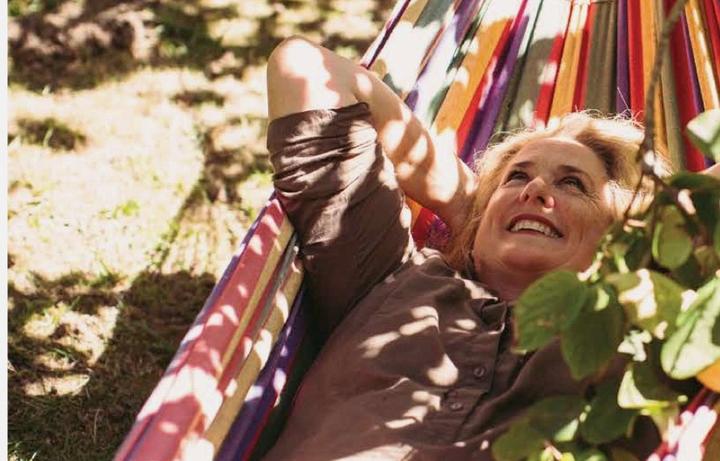 We spoke with Lew Dagger a few weeks ago when China was in lockdown, but now he says life is pretty much back to normal. In fact, he has even managed a sit-down meal in a restaurant. While there is still a threat of a second wave of the virus hitting China, he says normal service has resumed. 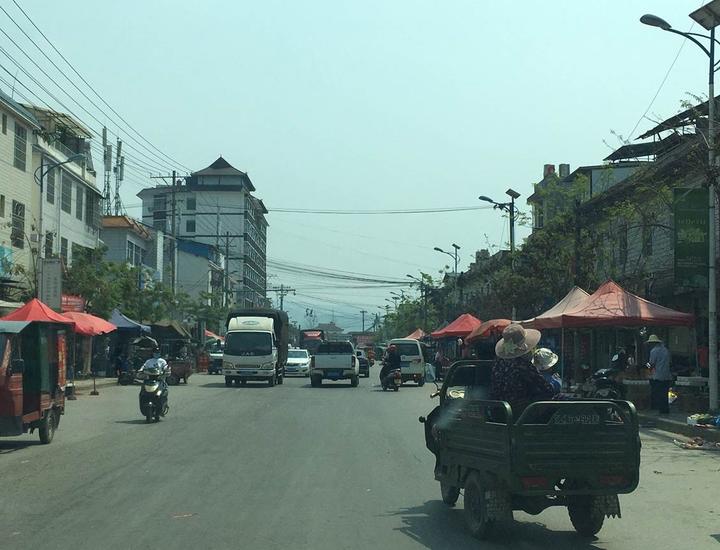 A shot of a village near Yunnan, China, where people are starting to come out after lockdown. Photo: Supplied / Lew Dagger

10:49 How coronavirus is unfolding around Australia

Bizarre has become the new norm in Australia since the Covid-19 outbreak. A man has been charged after he allegedly stole hundreds of rolls of toilet paper from supermarkets in Sydney. And you can't have more than four guests at your wedding, but you can have 10 doing outdoor yoga. Australian correspondent Rebekah Holt is with us to explain. 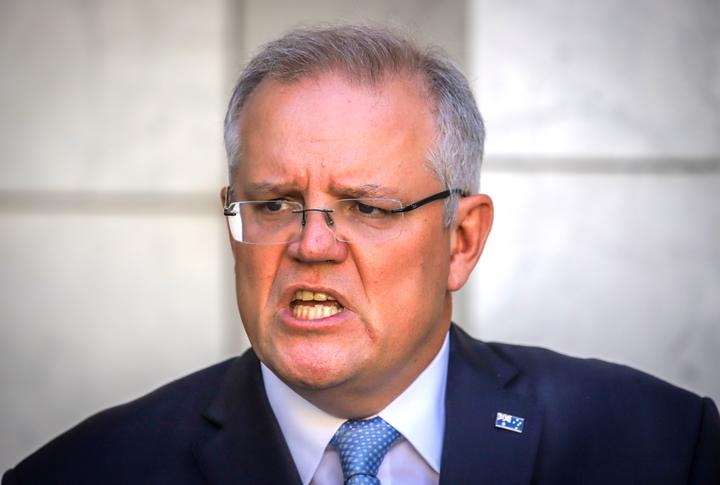 11:05 Tiny Habits: The Small Changes that Change Everything

Forget thinking big. Behaviour scientist Dr. BJ Fogg says we should instead be thinking small and introducing tiny behaviours that eventually become habits. Fogg, who is the founder and director of the Behavior Design Lab at Stanford University, says we can change our behaviour in the long-term by employing 'tiny habits' in the short term 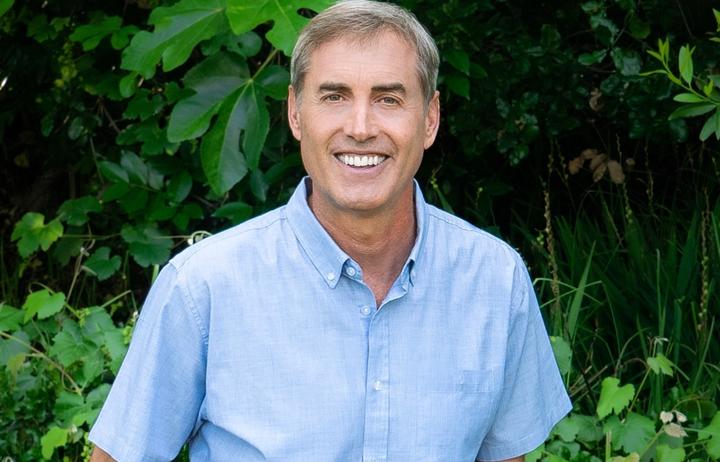 Great Barrier Island sounds like the ideal place to isolate during the Covid-19 lockdown but resident Tom Daly, who lives there with his wife and three children, says some people have arrived on the island ill-prepared for what life in isolation really means. On top of that, boats coming to the island are creating strain on limited resources as well as posing biosecurity hazards. 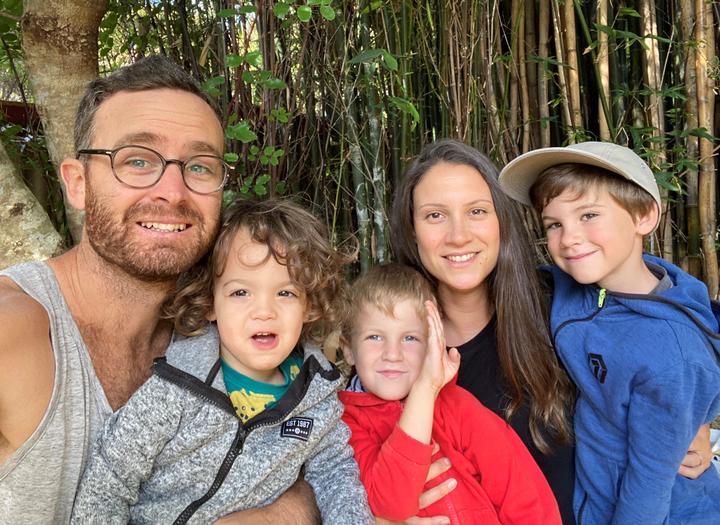 New York is officially the world's coronavirus hotspot now, with hospitals overwhelmed as they were in Italy. Meanwhile, a leaked email during the week suggested that US president Donald Trump has sought medical aid from European and Asian partners. US correspondent Karen Kasler joins the show to discuss. 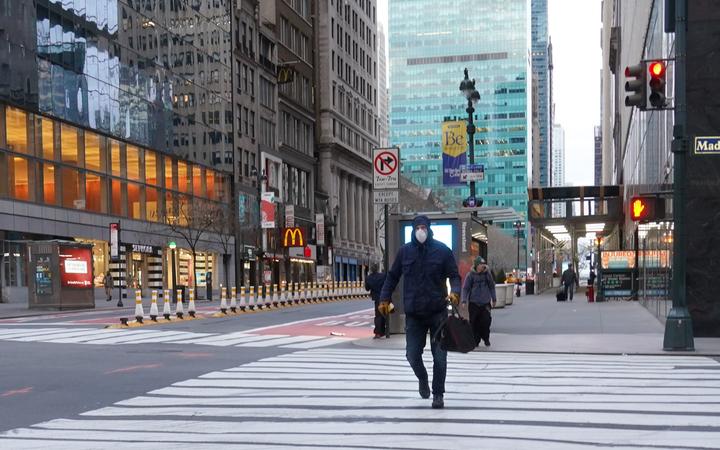