A disaster has been declared in eight counties in North Carolina - some towns have already had more than 60cm of rain, and forecasters warn that totals could hit a metre. Nearly a million households have no electricity in the Carolinas. Giles Gibson is in North Carolina.

New Zealand has a number of riders competing at the World Equestrian Games in the town of Tryon North Carolina. Among the competitors are Tim and Jonelle Price, Sir Mark Todd, Blyth Tait and Dan Jocelyn. Yesterday Hurricane Florence forced a few changes to the schedule at the Tryon International Equestrian Centre. General Manager of Equestrian Sports New Zealand Dana Kirkpatrick has an update on the weather and the Kiwi team's performance. 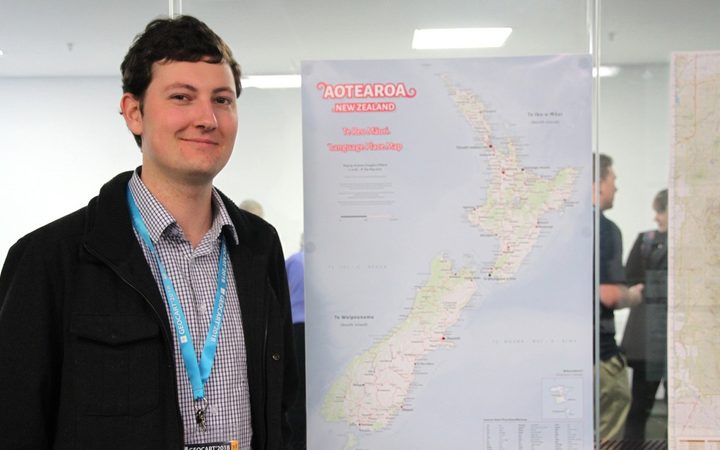 Andrew Douglas Clifford loves maps. He has already made a map of New Zealand state highways that displays them in the style of the London Underground. He also made a map called Nobody Lives Here, showing uninhabited parts of NZ, as well as a fun map of Bulls. A few years ago he started his Te Reo map of New Zealand, that shows all the place names in Maori. He's now created an interactive version in his spare time from his job creating Data and Digital solutions at engineering firm Tonkin + Taylor.

This week on our parliamentary programme Phil Smith chats with the boss of Parliament's Maori translation team - Wiremu Haunui.

7.46 Law professor John Hopkins on a future without lawyers 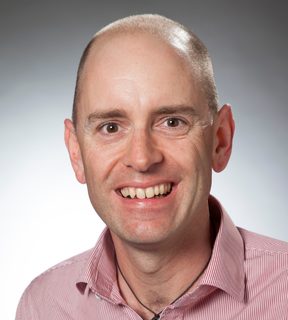 Technology is now doing the jobs that were traditionally the work of  lawyers to the point where the profession is facing major disruption. University of Canterbury Law Professor John Hopkins says many of the complex tasks undertaken by lawyers will be done by computer programmes, meaning we may not need fully trained lawyers as we know them. He says that technology such as blockchain already renders many lawyers’ roles redundant and that law schools need to adapt to keep up with what the future holds.

8:10 Insight: the grandparents in immigration limbo 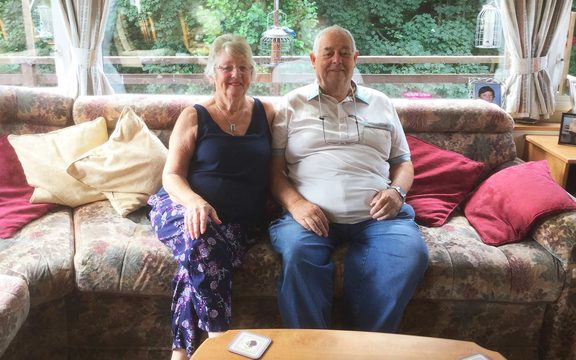 Wendy and Trevor Hardy are living in a caravan after selling their home and expecting to move to NZ. Photo: (Supplied)

For two years, thousands of overseas parents have been waiting to find out if they will be able to join their immigrant children and grandchildren and live in New Zealand. The visa under which they could have applied was abruptly suspended by the previous government under pressure over immigrant numbers. The Government is now considering changing the residence parent category or axing it altogether. A visiting animal behaviour expert says keeping a horse in a stable is the equivalent to making a person live in a broom cupboard. Debbie Busby is a UK expert on animal and human behaviour whose job involves helping humans understand how their actions affect animals and how many traditional ways of keeping animals can lead to problems. She’s speaking at the Companion Animal Conference in Auckland this week. She talks about the work she does with dog and horse owners to make sure animals’ natural needs are being met. 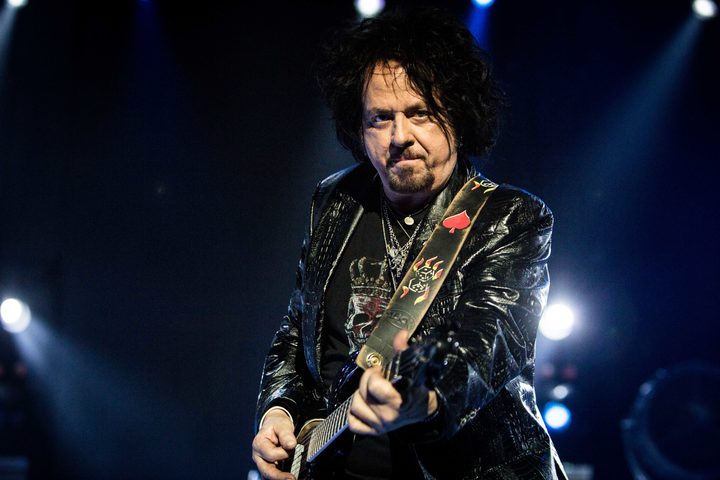 When you talk Toto, star guitarist Steve Lukather is front of mind. As a session musician, the roll call of artists Lukather has played with is incredible: Aretha Franklin, George Benson, Joni Mitchell, Paul McCartney, Michael Jackson and Ringo Starr to name a few.  Toto will play four concerts in New Zealand in January with favourite Kiwi rockers Dragon, kicking off in Mount Maunganui on January 9, then Napier, New Plymouth and Christchurch.  And Steve Lukather's memoir "The Gospel According To Luke" will be released worldwide on September 18. Steve Lukather talks to Wallace about his musical influences and the longevity of Toto. 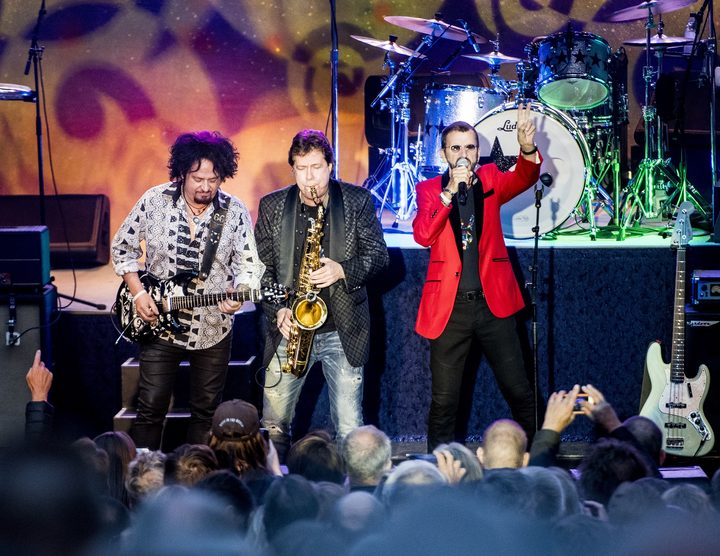 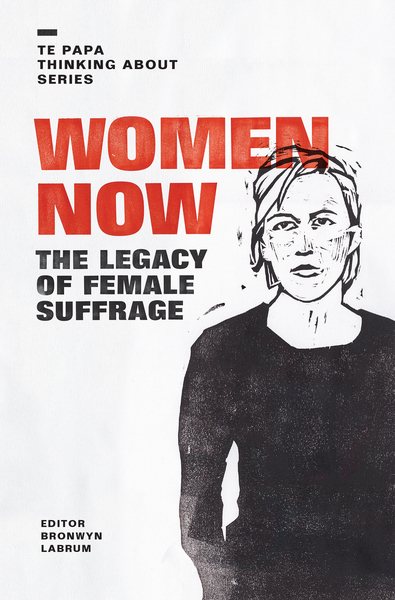 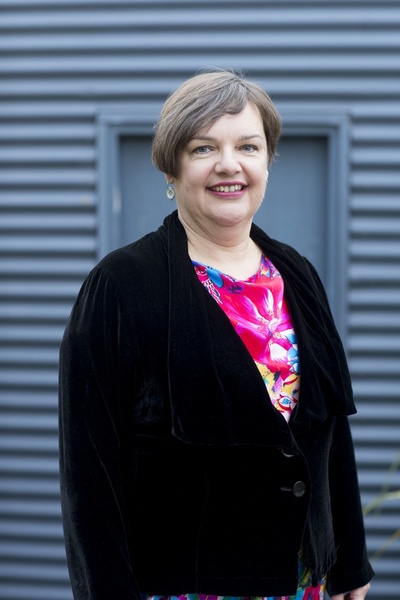 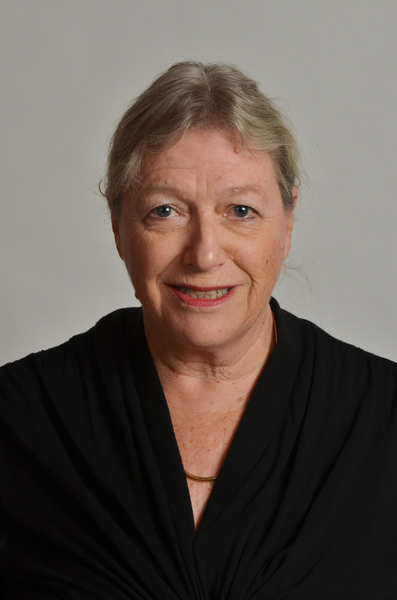 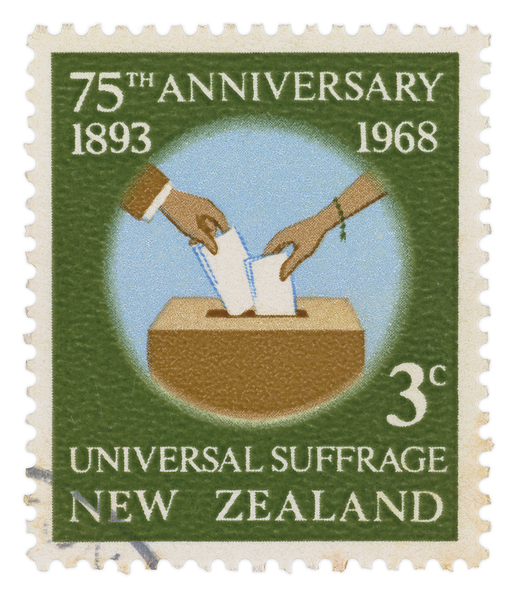 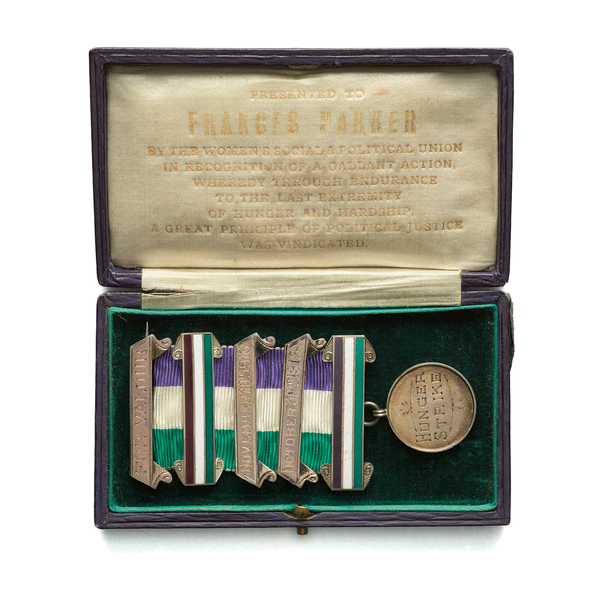 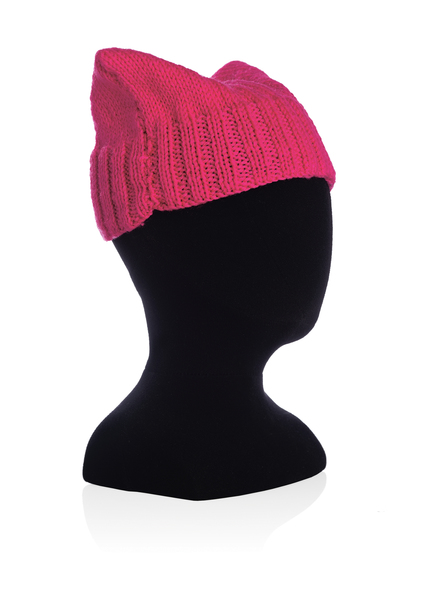 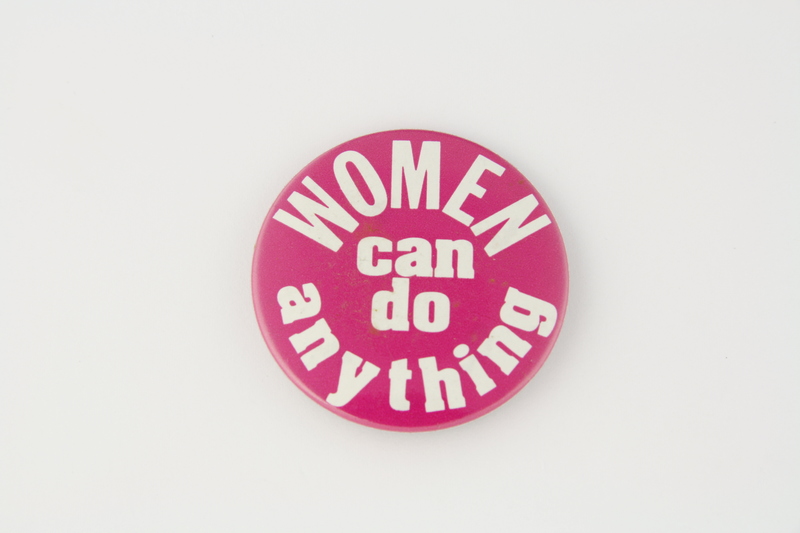 A new book Women Now  - the Legacy of Female Suffrage looks at what has been achieved, 125 years since New Zealand women won the right to vote -  and incorporates objects from Te Papa's collection. Twelve essays make up the book, bringing together strong and dynamic local voices including Sandra Coney - women's health advocate, writer, local body politician and one of the founders of Broadsheet feminist magazine. With Phillida Bunkle, Coney wrote the influential 1987 Metro magazine article 'An unfortunate experiment at National Women's'  that led to the cervical cancer inquiry. Women Now is edited by Dr Bronwyn Labrum, head of NZ and Pacific cultures at Te Papa Tongarewa. On 19 September, exactly 125 years since Aotearoa became the first self-governing country in the world to grant women the vote, Te Papa will open a pop-up exhibition and launch the new book by Te Papa Press to mark Suffrage 125.

10.35 Joel Tobeck: acting on stage and on demand 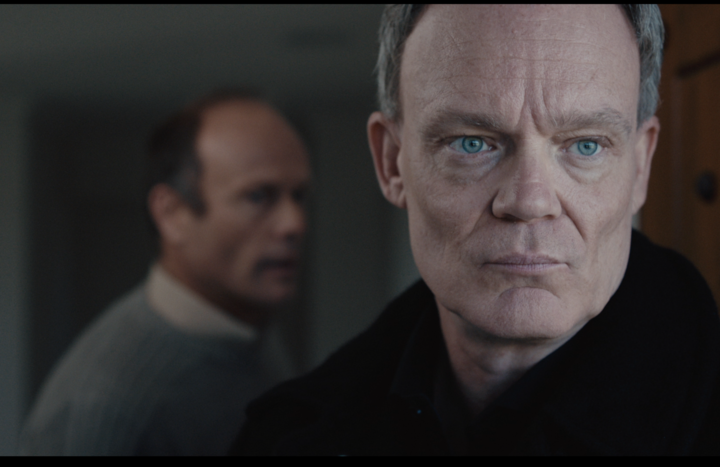 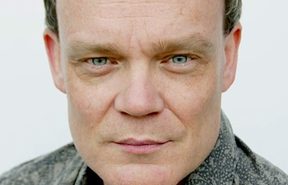 Joel Tobeck has acted in some of New Zealand best loved films, theatre and TV shows including  'Topless Women Talk About Their Lives', 'Rocky Horror', 'Xena' 'Hercules' and 'Eagle vs Shark'. He has notched up a pile of credits crossing the globe to LA from his home in Cambridge  - to star in the likes of 'Sons of Anarchy', the reboot of 'Hawaii 5-0' and Peter Jackson's 'Mortal Engines'. For the first time in 15 years he's on stage again starring in Mr Burns: a post electric play, at Silo Theatre. The play, by Anne Washburn, has been described as'downright brilliant' by the New York Times. Tobeck also stars in the new TVNZ On Demand crime drama Alibi. 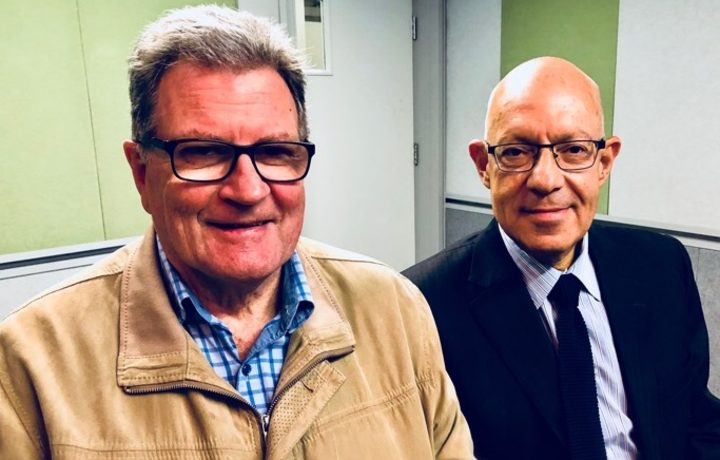 New Zealand is lagging well behind some much poorer nations when it comes to funding advanced cancer drugs. Australian researcher Professor John Zalcberg and Richard Vines from Rare Cancers Australia founder are part of the lobby group The Cancer Drugs Alliance in Austrlalia and say our government should invest in more treatments. They have looked at what’s available all over the world for cancer patients and concluded that New Zealand is woefully short on making available the most effective and latest drugs. They explain what they do across the Tasman and what they think should be done here to address our high rate of cancer deaths as well as the lack of access to modern treatments. 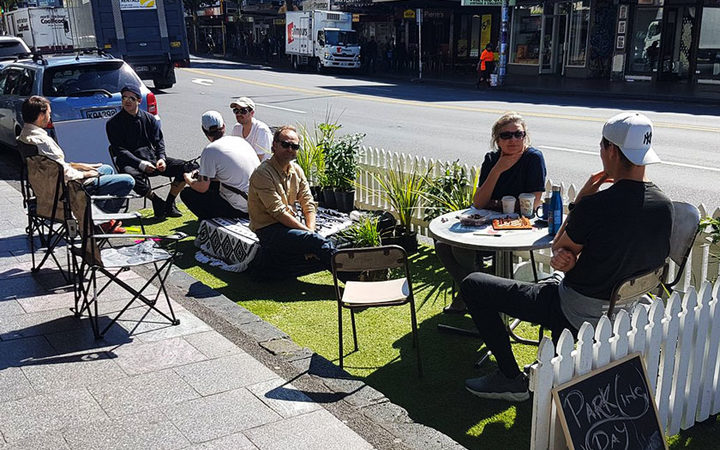 Jeremy Hansen is curating the Festival of Architecture that started on 14 September. As part of the Auckland events for the festival, dozens of design studios will take over Auckland public street car park spaces and create something beautiful from them. It’s part of the global World Park(ing) Day.  In Tyler Street in Auckland for example, there will be a giant Scrabble board set up. See the Facebook page. 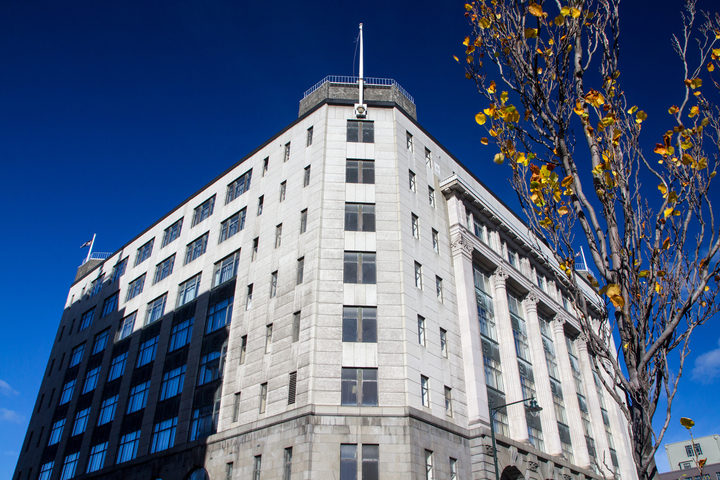 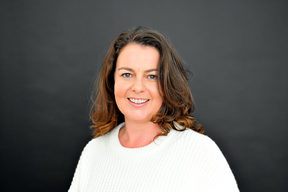 Rachael Eaton is a Dunedin-based urban designer for Boffa Miskell who has worked with the Dunedin City Council on a number of projects in the central city including the Dunedin Warehouse Precinct. On Saturday 22 September at 1pm as part of the Festival of Architecture she’ll be one of those taking people on a walk through the historic precinct.