7.11 Plastic bag phase-out: getting a handle on it

The government announced on Friday that it plans to phase out single-use plastic bags by July next year. The mandatory phase-out will be developed under the Waste Minimisation Act but over the next month there will be a consultation process. A final cabinet decision will be made in December. Rachel Brown, the chief executive of the Sustainable Business Network, talks about the proposal. 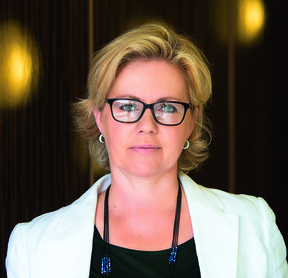 Retirement Commissioner Diane Maxwell is backing the mother of a 39-year-old man who is trying to have her son's KiwiSaver funds released early. Joan Fairhall's son Tim has Down Syndrome, a condition with an average life expectancy of 57.  He works in a supermarket and is enrolled in Kiwisaver but can't access his funds until he is 65.


7.24 Maria Berrett: one-stop GP and psychologist shop a model for the future 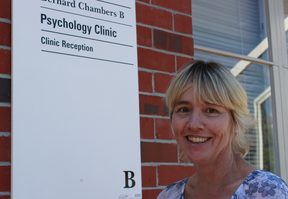 A new scheme offering immediate access to a psychologist for patients at a GP clinic could be a game-changer for mental health care. The pilot scheme bases psychologists at Kauri Integrated Family Health Centre in Palmerston North and allows patients to see psychologists on site immediately - and for free. Dr Maria Berrett is a clinical psychologist and acting clinic director of Massey Psychology Clinic.

This week: What is the living standards framework? Phil Smith and Daniela Maoate-Cox hear from Treasury's economic advisors and also about a bill on child marriage. 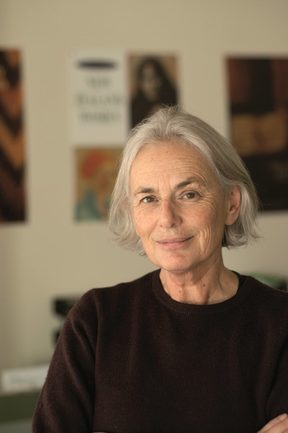 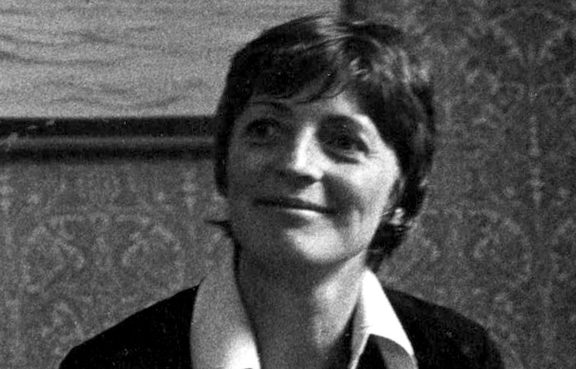 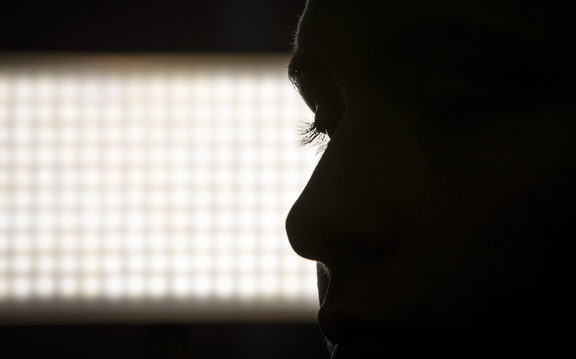 In January, Aurelia Brouwers, a-29-year-old Dutch woman, with a history of severe mental illness - lay down on her bed to die. She had been declared eligible for euthanasia a month earlier - Dutch law permits the ending of a life where there is, 'unbearable suffering' without hope of relief. Aurelia's death provoked an outpouring on social media, and widespread discussion within the Netherlands. Linda Pressly in this BBC World Service Assignment programme asks what if a death wish is part of someone's illness? And does someone with serious mental health challenges have the capacity to make a decision about their own demise? These are questions now being debated in the Netherlands as a result of Aurelia's death. 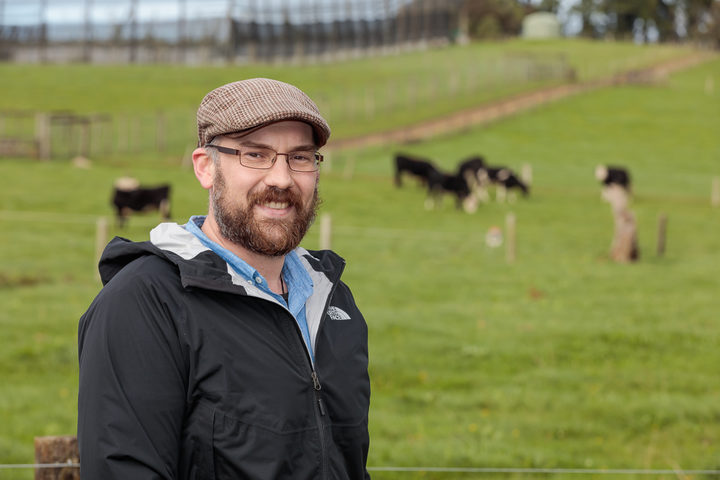 Rapid advances in technology on farms are creating ethical dilemmas that have yet to catch up with the pace of change. From using drones to assess damage, to biometric scanning of stock, Waikato University philosopher Dr Nick Munn says there are big ethical implications in using hi-tech tools to help on a farm. He recently presented his research at Fieldays.

With Colin Peacock and Jeremy Rose.  A week of frenzies over free speech and fake news - with the media caught in the middle: Also: why does the world’s worst humanitarian rarely get a mention in our news? 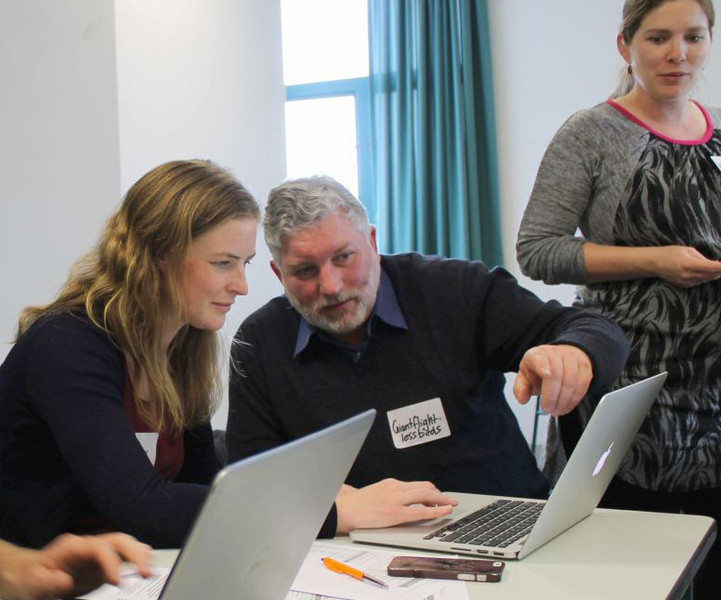 New Zealand's first Wikipedian at Large, Mike Dickison, is holding events around the country to show how people can become Wiki editors. 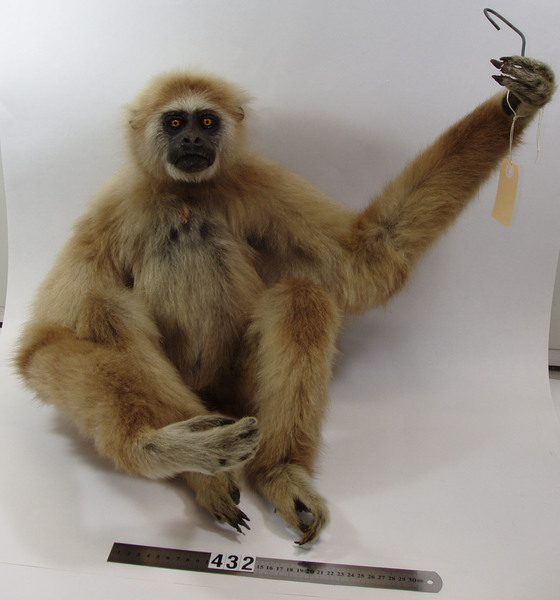 This Hylobates image from Auckland Museum is one of 7000 images uploaded to Wikipedia and is part of WikiBlitz. 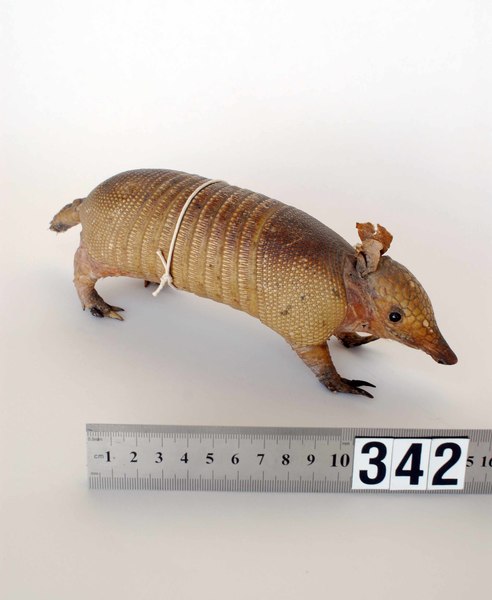 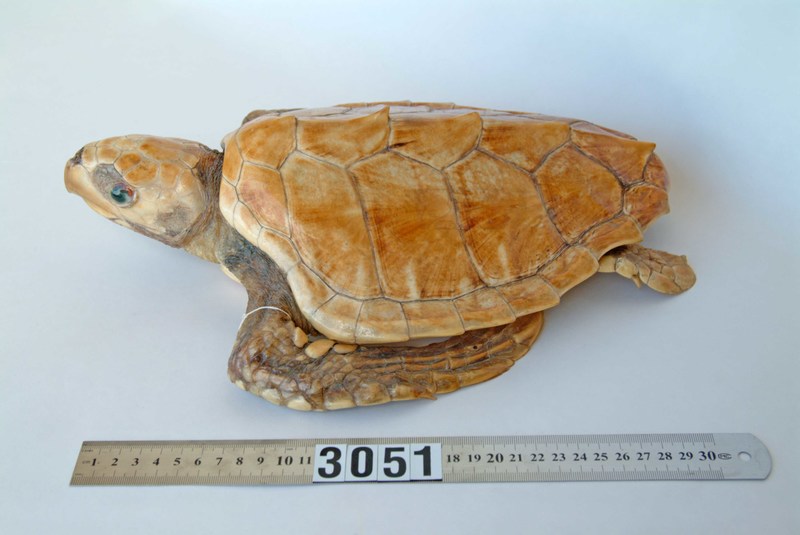 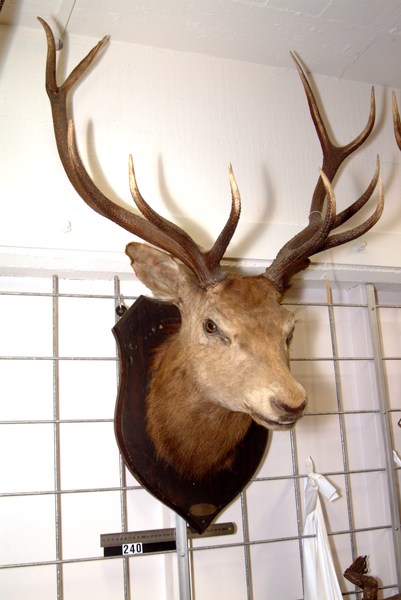 Cervus elaphus image from Auckland Museum is one of 7000 images uploaded to Wikipedia and is part of WikiBlitz. 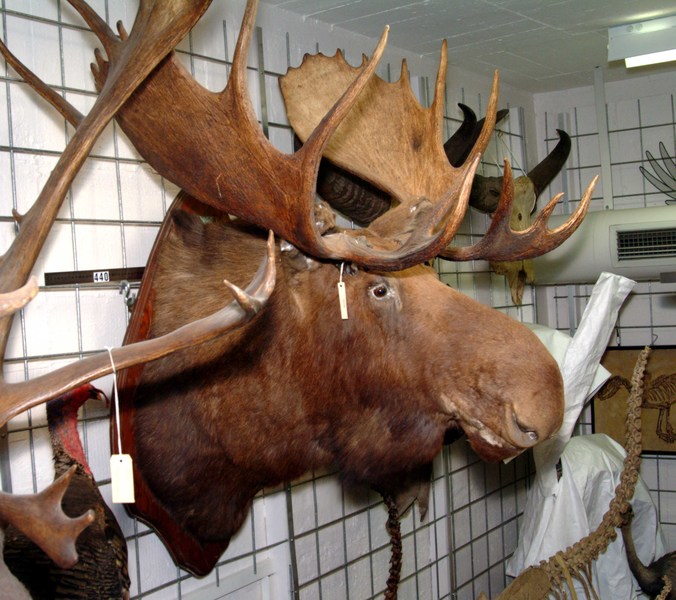 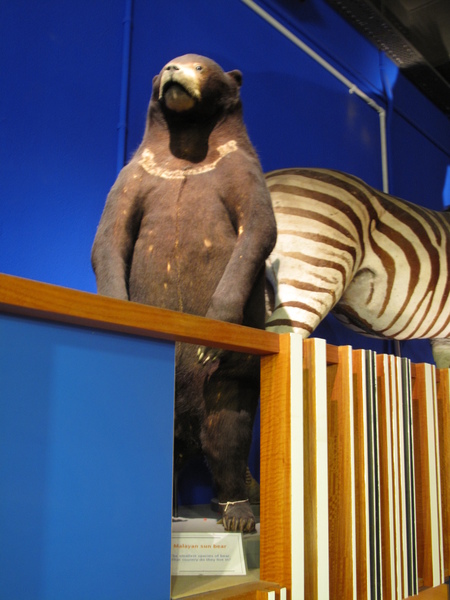 New Zealand’s first Wikipedian at large, Mike Dickison, is one month into the job and is hosting a  WikiBlitz on August 18 at Auckland Museum to show people how to edit Wikipedia entries. He’s teaching people how to edit and work with images on the online encyclopedia using 7000 images uploaded by the museum. He has a full schedule in the coming year in his role and a passion for getting more New Zealand content onto Wikipedia. 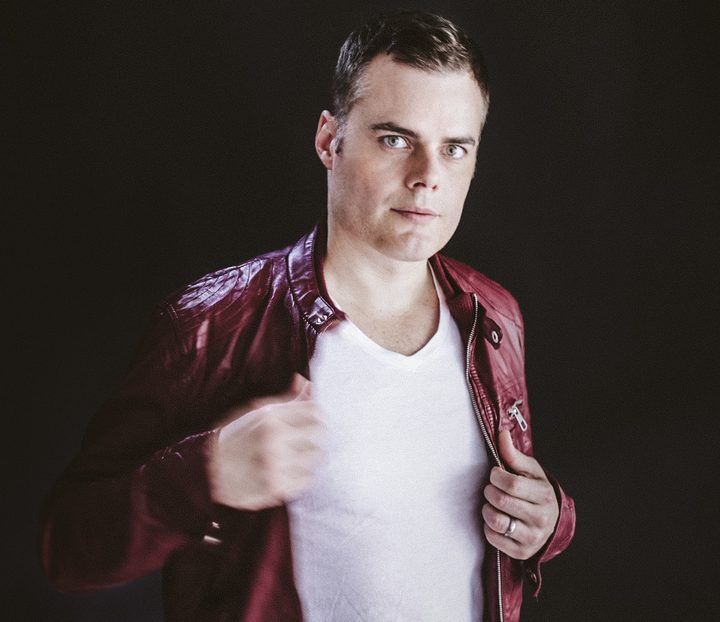 Freddie Mercury died aged 45 in 1991, and many singers since have tried to emulate him since. In recent years that's been with the blessing of other Queen's members. When Brian May and Roger Taylor created an official Queen tribute band  in 2012, they chose Marc Martel and he was part of that band for five years. Now Martel has his own Freddie show  - The Ultimate Queen Celebration - and he’s playing in Auckland on August 24 at the ASB Theatre. 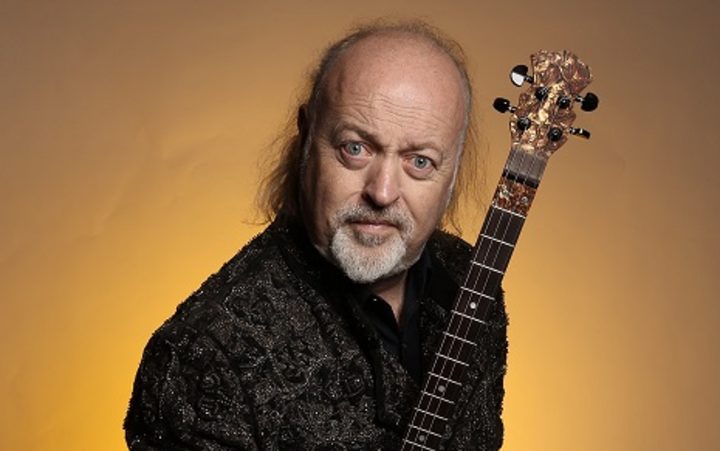 Bill Bailey’s a man of many talents. As well as making people laugh, he’s an enthusiastic stand-up paddle boarder, passionate conservationist, accomplished musician and an author. He’s back in New Zealand in September with his Earl of Whimsy show which features tales of Britain’s fortunes past and present. He shares his thoughts on many things from Brexit to the best places in the world to paddle board. 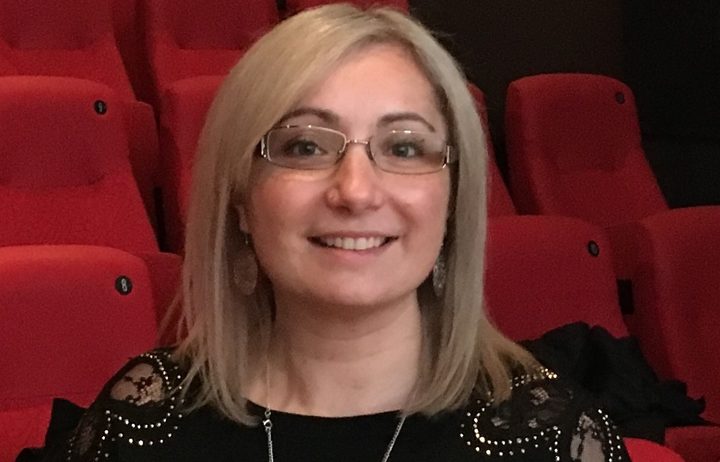 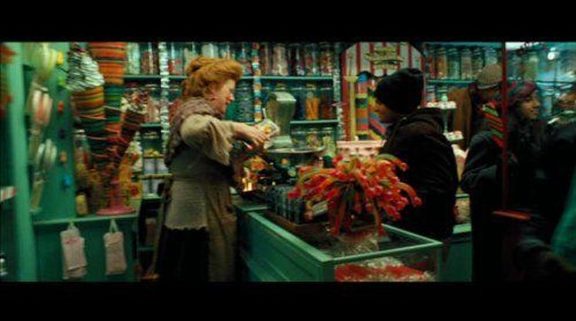 Lorna Piatti-Farnell is a pop culture professor at Auckland University of Technology. She says children's literature is a good way to explore the boundaries of acceptability in cultural terms, for lots of things - and one of the ways many writers do it is to make food disgusting. But why? It’s a device used in writings from fairytales to Roald Dahl to Harry Potter, so it obviously works.  Piatti-Farnell has written  a chapter entitled "Ravenous Fantasies and Revolting Dinners: Food and Horror in Children's Literature", and it appears in The Routledge Companion to Literature and Food. 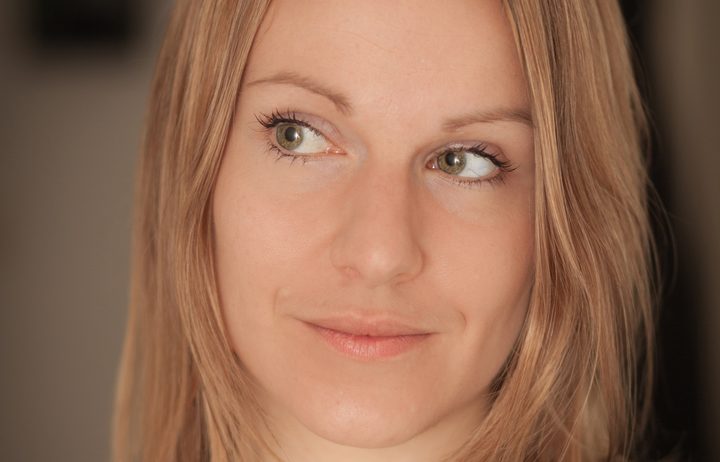 Expat Alice Miller is a literary talent on the rise. She grew up in Eastbourne, Wellington, and has lived and published in the US and Europe. She has a Masters in fine arts from the Iowa Writers workshop and an MA in creative writing from Victoria University in Wellington. Over the years she's won the Royal Society Manhire Prize, the Landfall Essay competition, the Creative New Zealand Lewis Johnson Bursary and the BNZ Katherine Mansfield Premier Award for Fiction. She now lives in Berlin and her latest collection of poetry is called Nowhere Nearer.