Paddle boarder, honorary crematorium organist and the comedian voted the seventh best of all time by Britain's Channel 4; polymath Bill Bailey is back with a new show, Earl of Whimsy.

The tour combines music and comedy and features tales of Britain's fortunes past and present. 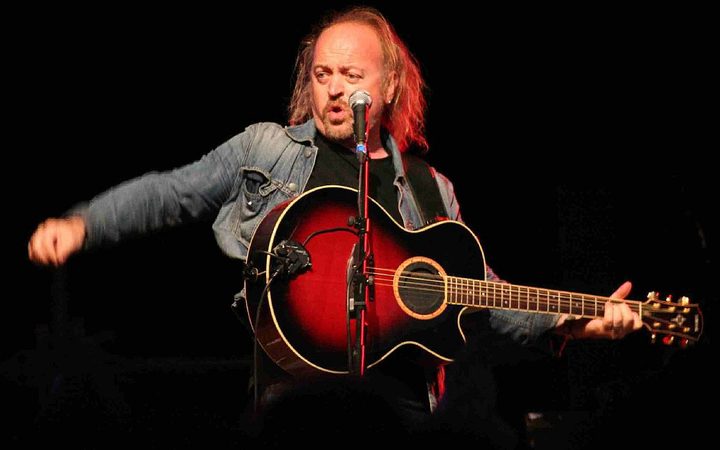 "There's a retreat into the strange, the fantastical, the surreal, which happens at times of great turmoil - it seemed like an appropriate time. We're in this strange almost unprecedented period in history - almost upside down.

"At times like that in history there's been a great desire, a fondness for escapism in the strange, the surreal, the odd."

Paddle boarding on the Thames on Christmas Day sporting a Santa Claus hat gave drinkers in riverside pubs a dose of the Bailey gift for surrealism.

"It was a bright, crisp, December morning and we all took to the river. We all wore Santa hats - as you would - and we paddled rather serenely down the Thames.

"Of course it was a high tide with the revellers in the pubs alongside the river. I would just glide, head height, past them wishing them Merry Christmas.

"Was that Bill Bailey that just floated past on what could've been a door?"

There's something very Zen about paddle boarding, he says.

"I like the fact you have to concentrate to stop yourself falling in, you're almost walking on water. There's a slightly mythical quality to it.

"You get close to wildlife, much closer than you would with a boat or observing from the bank you're just gliding along.

"I've seen kingfishers on a canal in west London which I've never seen in London, they're far too flighty to be seen normally."

Bailey's new show started with him "collecting stories and odd fragments of little historical facts things that I could weave into stories."

Music, as ever with a Bailey show, is an integral part of Earl of Whimsy.

"Music in the last 60 or 70 years has morphed from being in the major key to predominantly the minor key. Popular music always used to be quite upbeat and jolly.

"Over the years it's become more mournful in the minor key. That change is almost like a social shift, a cultural shift.

He says the saccharine optimism of much post war-era music has given way to a more jaded sound.

"A little bit more nuanced version of how music reflects our culture, that whole shift is quite rich subject matter for musical comedy." 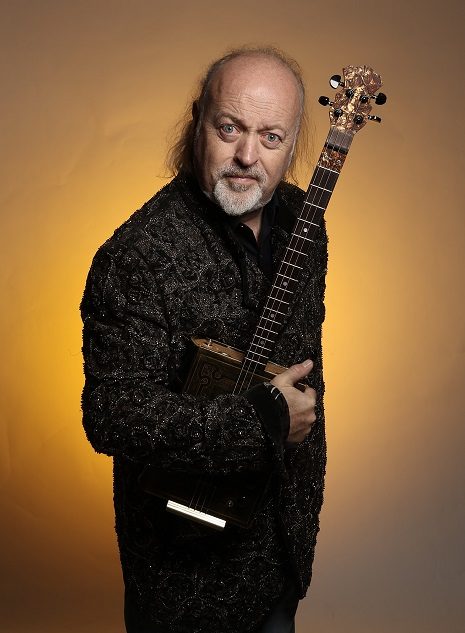 "It turned out I'm largely Danish and possibly Viking. So that was a great revelation to me that led me down the path of examining the Vikings and our fractious relationship with them over the years.

"'Well that's cost us hasn't it? That war? You're going to pay us a load of gold' and we went 'oh alright then'. Nothing changes. This is in AD 991 - we didn't know how to deal with Europe then."

He says the rise of nationalism is a symptom of a "much deeper and wider cultural phenomenon" that is nations examining what it is to be that nationality.

A classically trained multi-instrumentalist, Bailey is a proud honorary member of the Society of Crematorium Organists.

"I'm hoping that allows me to step in to any funeral, if the crematorium organist is somehow incapacitated, I could just flash my membership.

"Step back, crematorium organist coming through! I haven't used that power yet, but it's something I can fall back on." 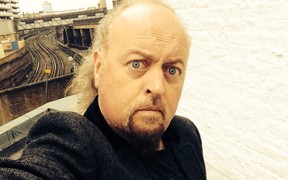 Kim Hill talks to British comedian and musician Bill Bailey, whose new show, Larks in Transit, is a compendium of tales from his twenty years as a travelling entertainer. He is visiting New Zealand… Audio

British comedian, musician and actor Bill Bailey is touring NZ in November with his new show, Limboland - all about that gap between how we imagine our lives to be, and how they really are. Audio