British comedian and musician Bill Bailey is touring a new show Larks in Transit, which is a compendium of tales from his twenty years as a travelling entertainer.

He spoke with Kim Hill about the joys of travel, why he’ll never be the new David Attenborough and Brexit – “that calamitous act of self-harm.” 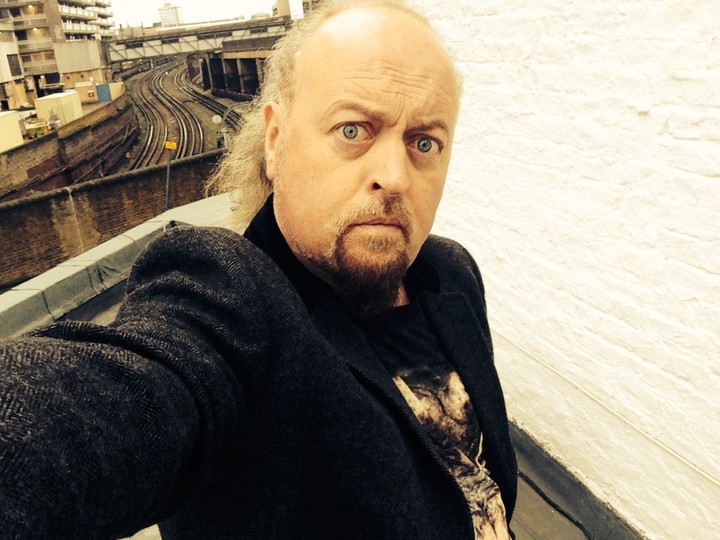 But after his death in 1913 his name faded from history as Darwin’s reputation grew.

“It’s fun to think they were rivals but, I don’t think they ever were, I think that Wallace was quite happy with the fact the Darwin became the name that’s forever associated with evolution, just being associated with him was enough for Wallace.”

Bailey says although Darwin had come up with his theory before Wallace, he had never published his ideas.

“Darwin fought shy of publishing for many, many years and Wallace was in Indonesia and had an epiphany where he came up with the same theory, the idea, that only the fittest survive.”

Wallace, he says, wrote out his theory in an abstract and posted it off to Darwin and when Darwin received it he was “completely shattered” because he realised this was exactly what he had thought up many years before.

The theory was known as the Darwin Wallace theory for decades until Wallace’s death in 1913.

“Only after his death his name dropped off the ticket.”

Wallace did much of his research in Indonesia and it is a country Bailey has visited many times, he particularly loves to visit Indonesia’s remotest regions.

“I seek them out because most of my work takes me to the most populous parts of the world. I find a great sense of relaxation, it’s quite restorative being in the outdoors and being able to take it in in a meditative way.”

Despite his forays into documentaries, Bailey has no ambitions to become the new David Attenborough for whom he says there can be no replacement.

“He’s more than a national treasure, he’s a god amongst men!”

Uncovering stories of scientific pioneers such as Wallace is a niche Bailey hopes to make his own and he has pitched an idea for a documentary on Georg Wilhelm Steller.

Steller was the first European to set foot in Alaska in the mid-18th century.

“Immediately that’s in the right ball park of stories I’d love to tell.

“Steller in the short time he was there he managed to describe draw and identify very many species many of which still bear his name.”

On the way back from the expedition to Alaska they hit with a huge winter storm, Bailey says.

“The boat was really wrecked and they limped in to this island. Where they stayed for months and from the wreckage of the boat they built another boat and sailed home in that.

Bailey would have loved to have been an explorer, he says.

“To discover somewhere, to be the first person to sail into a bay, to climb a mountain to see an animal no one’s ever seen before.

“That would have just been one of the greatest experiences any human could have had.”

“That calamitous act of self-harm you mean?

“It’s so embarrassing; when I’m travelling around Europe they just look at you baffled. ‘Why? What the hell was that?’ And I’ve got no explanation.”

He says the pro-leave campaigner are a hapless bunch.

“They’ve got no idea what they’re doing, it’s just a total shambles – chaos - every time the PM opens her mouth the pound drops another point.”

The decision he says is a huge psychological rupture.

“We’re just a dead limb on the European body politic.”