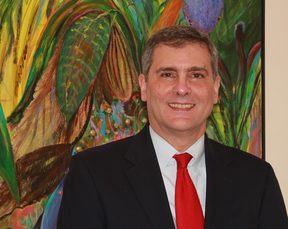 An authority on North Korea is warning about the growing possibility that Donald Trump and Kim Jong Un's war of words will become an actual war. Professor Joseph De Thomas is a former US ambassador and worked for 32 years in the US state department. Most recently he's been an adviser to the State Dept. on implementing sanctions and attempting to impede Iran and North Korea developing weapons of mass destruction. 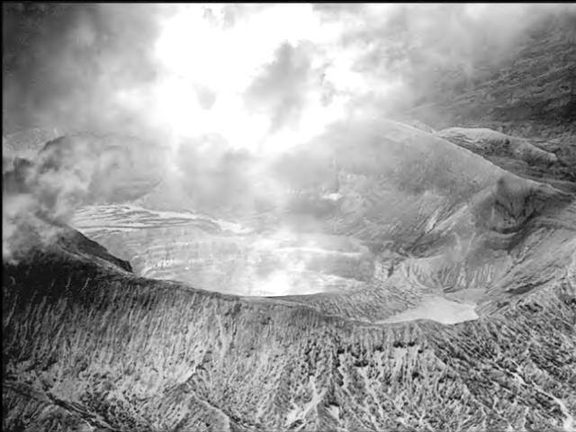 Kiwi vulcanologist Brad Scott from GNS is in Vanuatu to assist the Vanuatu Meteorology and Geo-Hazards Department with their monitoring. The Ambae volcano is sitting at level 4 " an ongoing moderate eruption state". 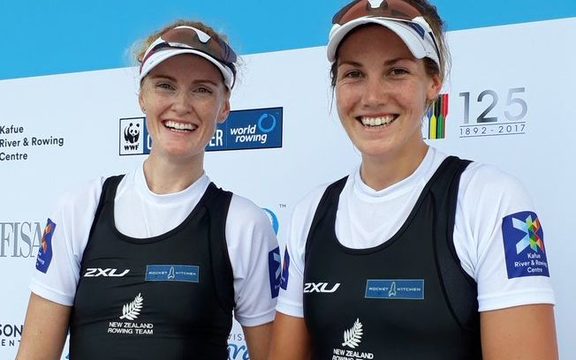 New Zealand has scored medals of every colour at the World Rowing Championships in Florida this morning.
RNZ  Sports editor Stephen Hewson talks about the success and what's to come. 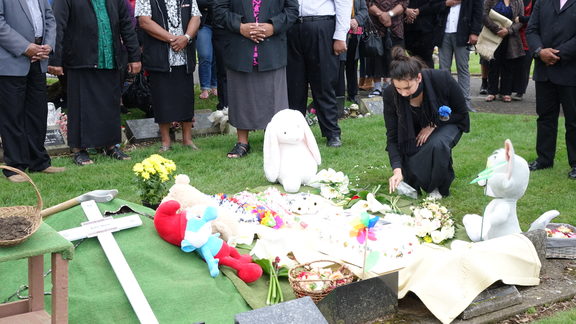 A baby boy whose body was found in an Auckland Park last year has been laid to rest with song and prayer by his local community. The infant was found in a reserve on Mona Avenue in Mangere last November .
The local community organised a service and burial at the Mangere Lawn Cemetery on Saturday. Sally Murphy was there. 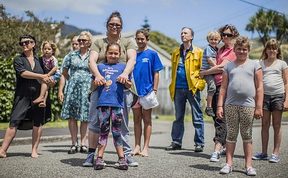 A group of Paekakariki residents has come together to hopefully keep a much loved local family in the area after the house they were renting was put up for sale. Mark Amery from the Paekakariki Housing Trust is looking for social investors to buy a house for Raima Kingi and her whanau.

7.47 Family distraught at removal of newborn

The spokeswoman for a family whose five-day old baby was taken away from them at North Shore Hospital on Friday says the parents are distraught. Social workers took the baby because the couple's other child, now 14 months old, was put into foster care after suffering an unexplained broken collarbone and ribs. The parents say that baby was later diagnosed with Osteogenesis Imperfecta, or Brittle Bone Disease, but the child remains in state care. Sue O'Callaghan is the spokesperson for the family.
Sunday Morning received this response on the case from Oranga Tamariki:  "Taking a baby into care at birth is not a decision that is taken lightly.  The safety of the child and likelihood of harm is paramount.  We appreciate how traumatic this can be for the family involved.  A Family Court judge will ultimately grant the order for the child to be removed." 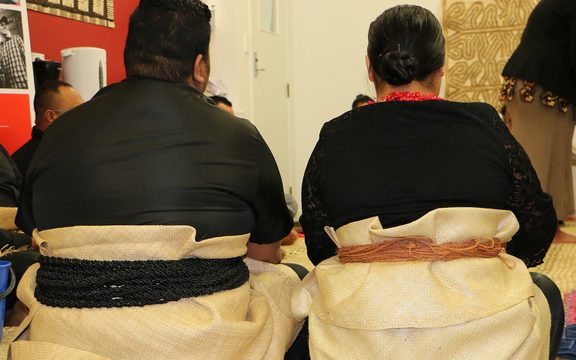 There is no shortage of applicants for New Zealand's Pacific Quota scheme, which is drawn by ballot every year for people from Samoa, Tonga, Kiribati, Tuvalu and Fiji. But once selected, it is proving to be challenging to move here via Immigration NZ's Samoa Quota and Pacific Access Category. Over time, policy changes have led to a rise and fall in migration from the Pacific islands. Sara Vui-Talitu looks into the quota system, whether it's living up to the ideals behind its establishment, and what future is unfolding for those who take part. 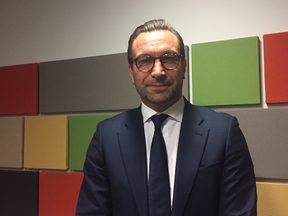 While Winston Peters awaits the counting of special votes before deciding on a coalition partner, many business leaders are sitting on their hands, loathe to commit to any future deals until a new government is confirmed.  Business NZ CEO Kirk Hope believes the three-year election cycle is damaging to business and the economy. 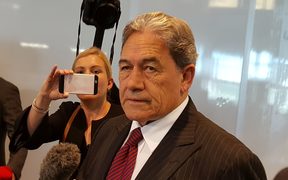 Winston Peters took a big swing at the media this week - and so did other leaders angry about the election coverage. Do they have a point? Presented and produced by Colin Peacock. 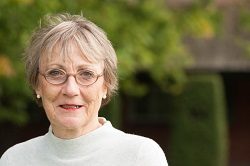 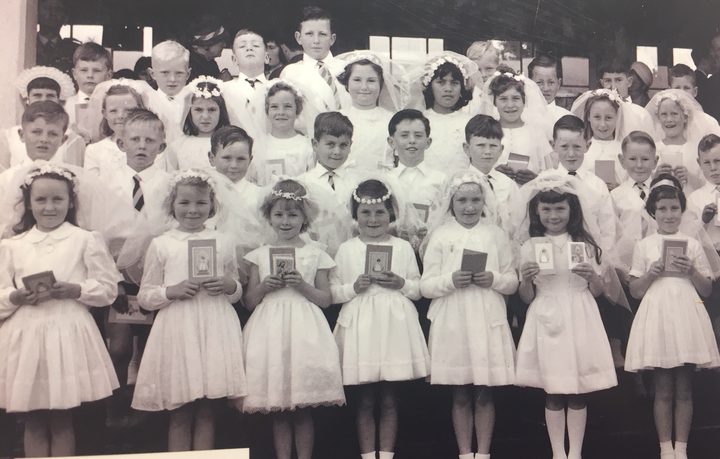 Religious historian Peter Lineham is a leading authority on  how religion has shaped New Zealand. His book, Sunday Best, also looks at how New Zealand has shaped the churches throughout time. He talks about the influence religion continues to have on our communities and wider society.

10:32 Ko Rongowhakaata: The Story of Light and Shadow 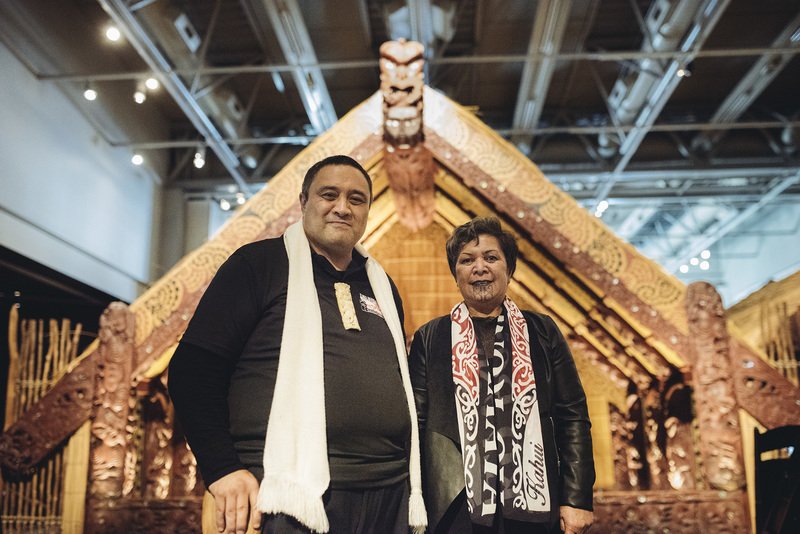 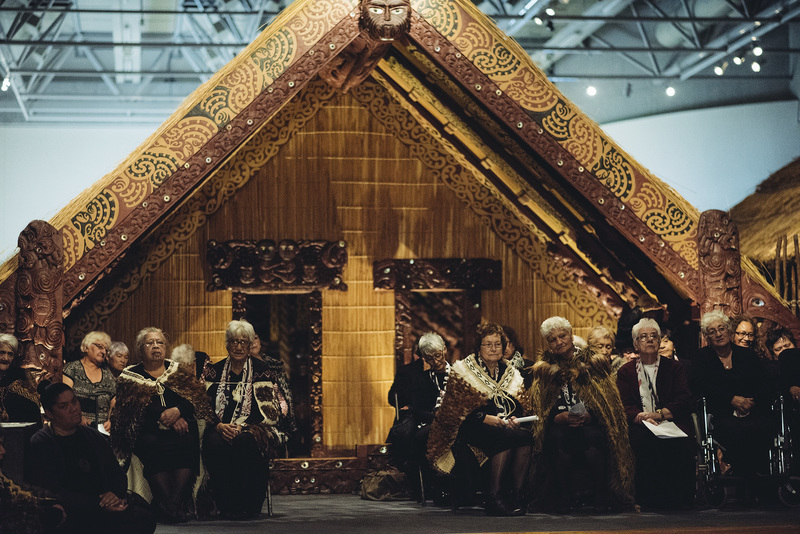 Rongowhakaata kuia holding down the pae of Te Hau ki Tūranga at the opening of the Ko Rongowhakaata: The Story of Light and Shadow exhibition at Te Papa. Photo: Tim Onnes. 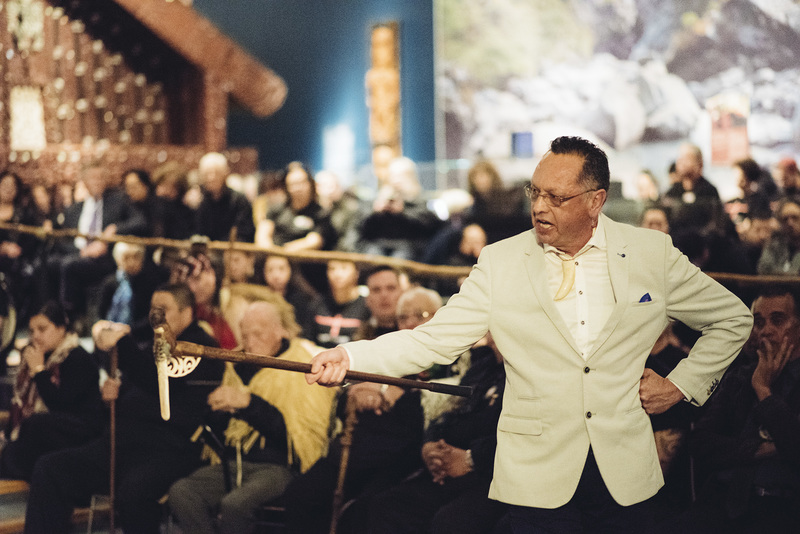 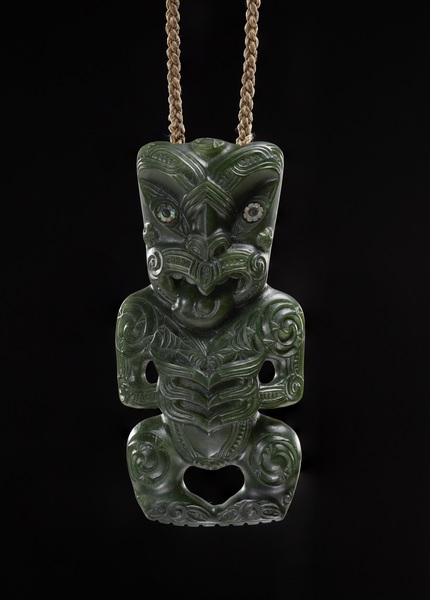 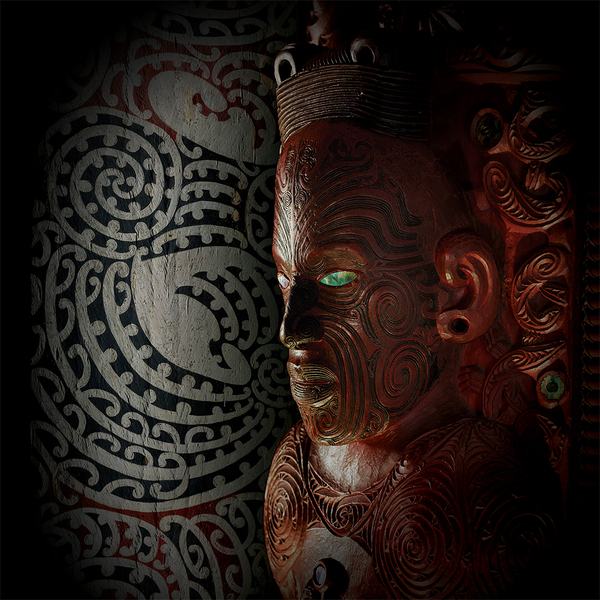 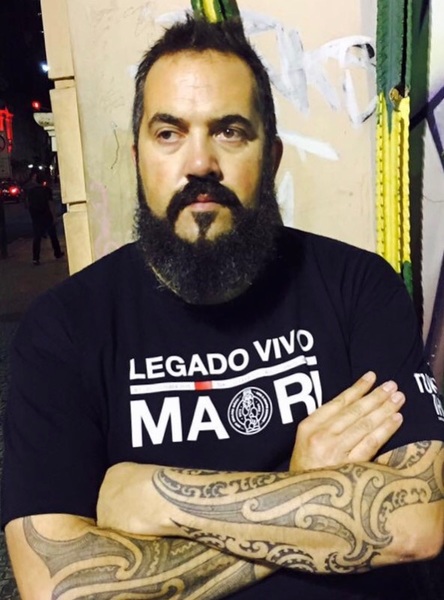 Karl Johnstone, the man behind the exhibition.

Gisborne Iwi Rongowhakaata is being showcased at Te Papa in a two-year exhibition that opened on Friday. It will be the eighth iwi in residence display at the museum but also marks the restoration of the whare whakairo - carved meeting house - which was confiscated 150 years ago and which is central to the display. The exhibition is called Ko Rongowhakaata: The Story of Light and Shadow and includes art, multi-media installations and traditional carvings. The man behind the impressive exhibition is Karl Johnstone, who talks about the exhibition and the stories behind it. 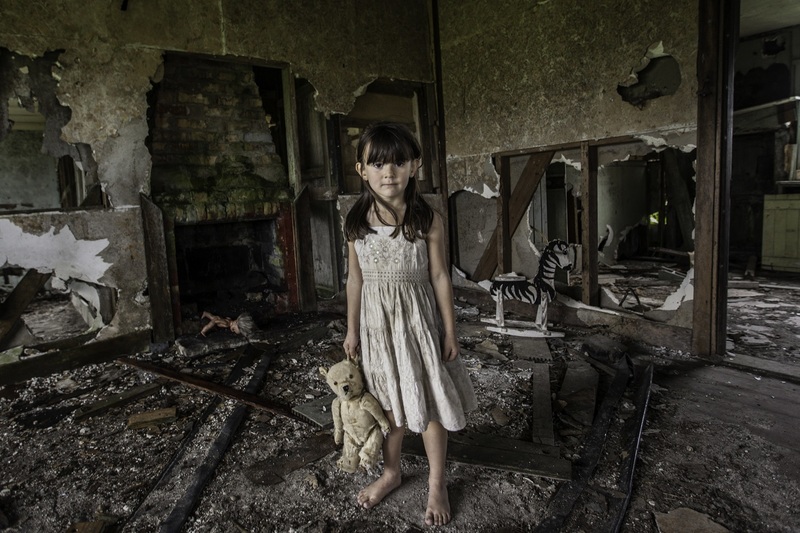 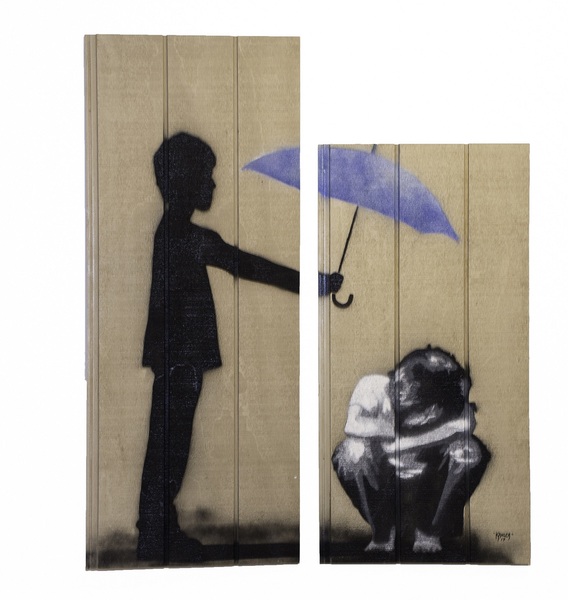 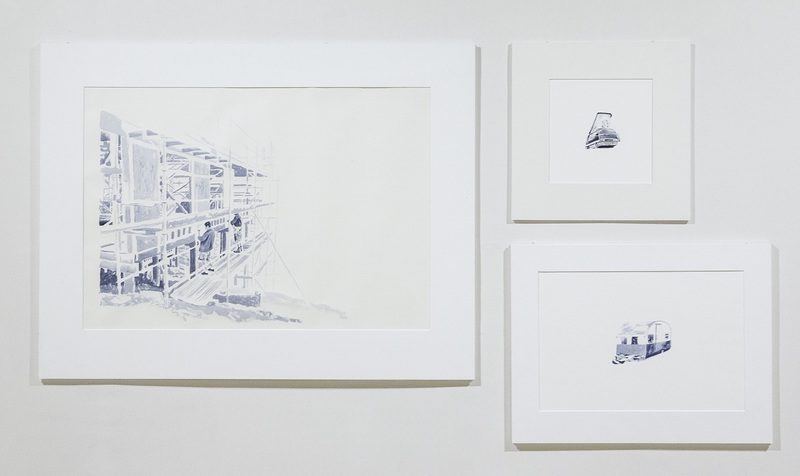 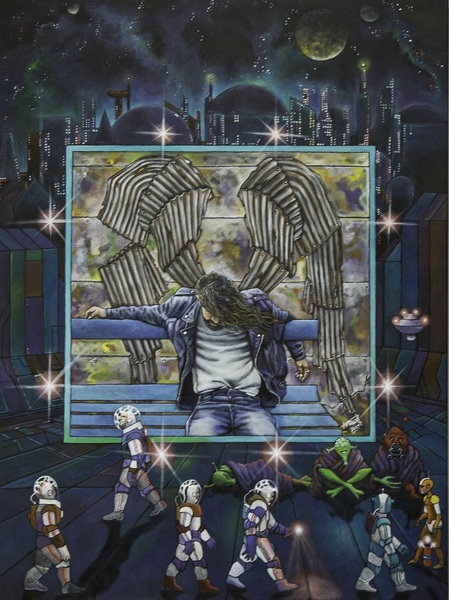 'Maori Angelo' Back to the Future 2017, by a Northland Regional Correction Facility prisoner. 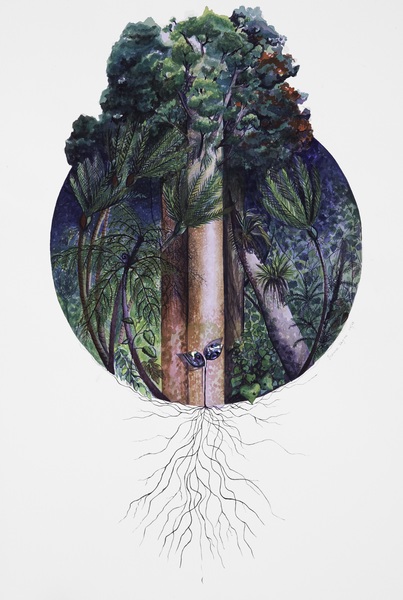 An art exhibition with a difference opens in Whangarei on October 2. Many of the works have been created by prisoners from the Northland Regional Correction Facility, and the rest by local Whangarei artists. "The Power of Shelter" Art Exhibition runs for a month in Whangarei Art Museum before the works are auctioned on October 30 by Habitat for Humanity Northland to raise funds for a Habitat home for a local. General manager of Habitat for Humanity Northland,  Carina Dickson, explains the goal.

11:05 Miles ahead of the theatrical game 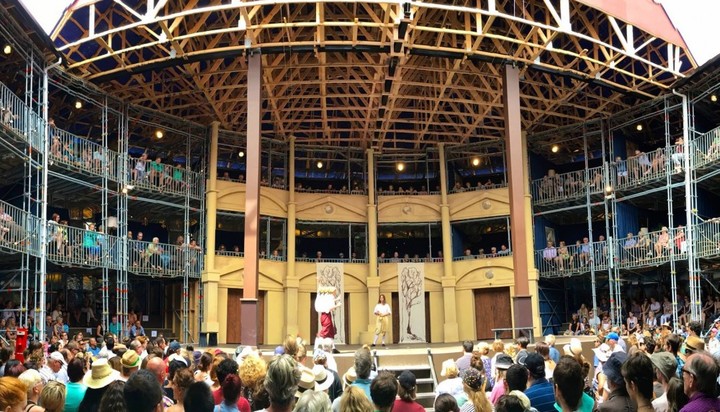 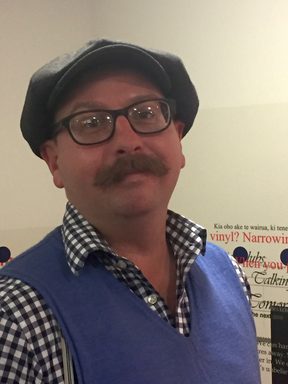 The Pop Up Globe has been an extraordinary success with people coming from all over the country to see Shakespeare in Auckland city CBD for the 400th anniversary of the Bard's death in 2016 and a repeat performance earlier this year. This season the Pop Up Globe will have its home at a new location at the Shakespeare Gardens at the Ellerslie Racecourse, starting in December. Pop Up Globe creator Miles Gregory is brains behind the idea to bring a  massive Jacobean theatre to the people… a theatrical project that's been so successful it's also been recreated in Melbourne. 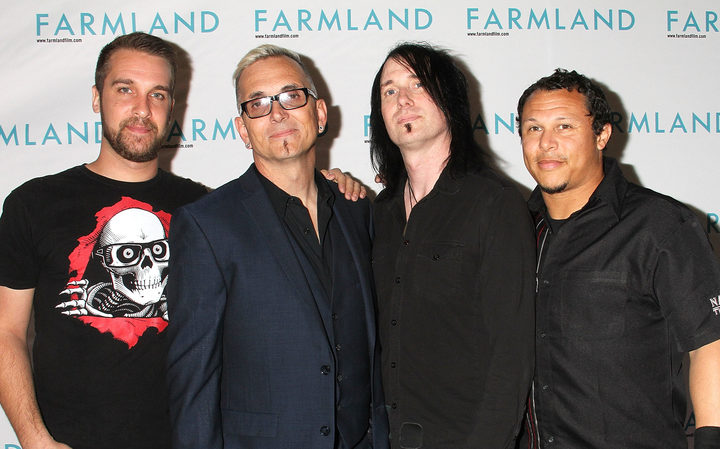 American Rock band Everclear playing in Auckland on October 1. They're here for the 20th anniversary tour celebrating the release of their hit album So Much for the Afterglow.  The band formed in 1992 with Art Alexakis remaining a constant force as lead singer and guitarist. He talks to Sunday Morning from Australia on Friday ahead of Everclear’s one-off concert at the Powerstation in Auckland.