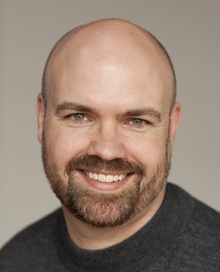 A Health Funding Crisis Forum was held on July 1 in Christchurch - in which a paper was presented by Council of Trade Unions policy director and economist Bill Rosenberg and the Association of Salaried Medical Specialists, that claims this year's health budget is $215 million short of what's needed to maintain health services for a growing and ageing population. The forum was presented a document that outlined the maths by Rosenberg - maths that have been rejected by Health Minister Jonathan Coleman. Dr Coleman says the Budget increased health funding by $888 million, the largest increase in nine years. The working paper on health - Did the 2017 Budget Provide Enough for Health - says the budget was particularly tough on mental health. Psychotherapist Kyle MacDonald works at the coalface in mental health and discusses the issues.

7.21 Road etiquette in the road code?

AA Driving school general manager Roger Venn says road etiquette should be part of the road code - he says  it's needed to address the number of poorly mannered and aggressive drivers.

A weekly digest of the events in Parliament. Produced and presented by Daniela Maoate-Cox and Phil Smith. This week: Daniela talks to Green MP Catherine Delahunty about her departure from Parliament.

Fairfax's sports new director Kevin Norquay has no issues with the ref's decision to send off Sonny Bill Williams in the Lions 24-21 victory.

David Luddy previews the tournament which kicks off tomorrow with defending champion Andy Murray on court, Serena Williams away because she's pregnant, and Venus under a cloud. 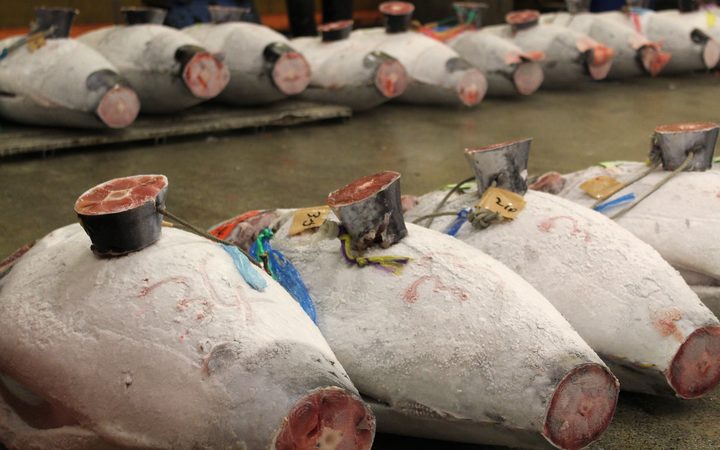 Trading seafood from around the world - tuna at the the world's biggest fish market, Tsukiji, in Tokyo. Photo: ( RNZ / Philippa Tolley)

Opposition to the TPP focused on jobs, questions over economic benefit and possible threats to sovereignty.
But in the light of the Trump administration and its more isolationist posturing, Philippa Tolley asks if the need for some sort of regional deal is crucial for security and stability.

Max Rashbrooke is the author of Bridges Both Ways: Transforming Openness of New Zealand Government, a report for Victoria University's Institute of Governance and Policy Studies. He talks about his five key ideas - which range from a Korero Politics day where the whole country gets the day off to crowd-sourcing parliamentary bills.

Mediawatch looks at two sporting stories that hogged the headlines this past week - the America's Cup and the Lions tour - and the growing influence of sponsors and advertisers on the coverage we get in our media.
Produced and presented by Colin Peacock and Jeremy Rose. 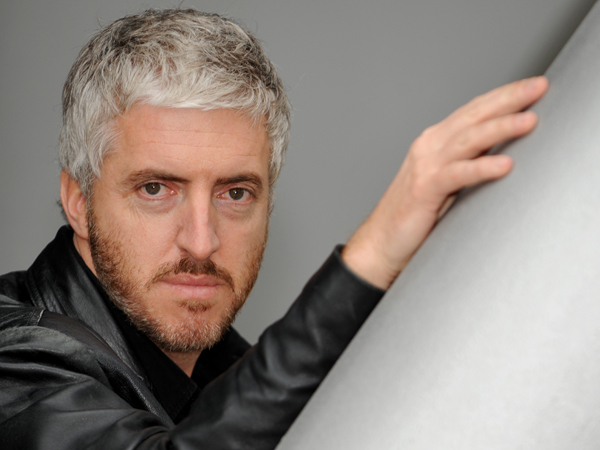 Anthony McCarten, one of New Zealand's finest writing exports, made his name here with Stephen Sinclair when they wrote the smash-hit play Ladies Night first performed 30 years ago, the most commercially successful play in this country. His 1990 comedy Weed is on at Circa Theatre in Wellington until July 30. McCarten's screenplay for the film The Theory of Everything led to him meeting Stephen Hawking and winning two Baftas, and being tasked with writing biopics on Freddie Mercury and Queen, Winston Churchill and, soon, John Lennon and Yoko Ono. 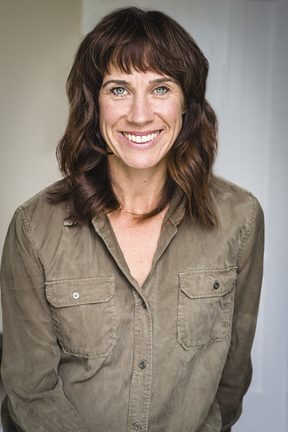 Jackie van Beek is best known as Pauline in TV's Funny Girls, as a wannabe vampire in Taika Waititi's What We Do in the Shadows and as Gloria in 800 Words but she has also written and directed many short films. The Inland Road is her debut feature movie and it will premiere in New Zealand at the International Film Festival starting on 20 July in Auckland with films showing all over the country until 6 August.  The Auckland dates for The Inland Road can be found here (national dates to come). Her daughter June also has a role in a short called Stay at the festival.

During the discussion Wallace talked about his favourite short of Jackie's - it was The Gondola.

And a listener wrote in to say her favourite short was This Is New Zealand. You can read more about that one here. 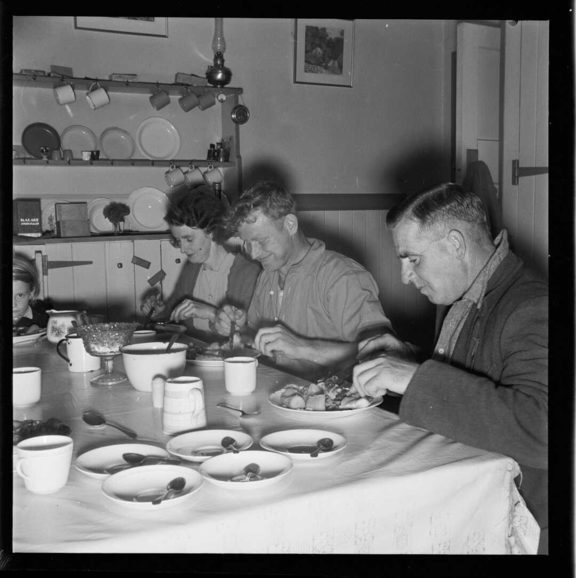 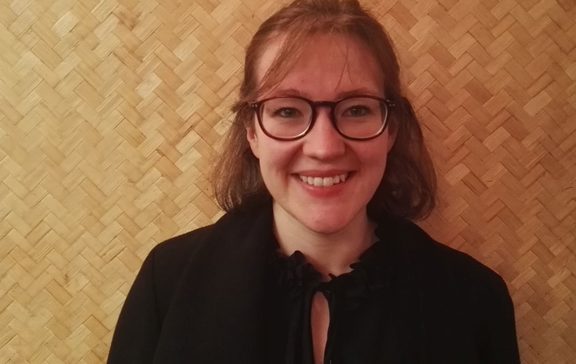 Dr Katie Cooper grew up on Gore farm and is curator of colonial histories at Te Papa. Her PhD examined the history of rural New Zealand from 1840 to 1940 - focusing on the provision of food in rural communities and its preparation in rural kitchens. But it isn't just about food - the rural kitchen is the perfect vantage point from which to examine the overarching structures of the rural economy and rural society during that century.

Katie Cooper is giving a free lunchtime talk on 5 July at the National Library in Wellington, "Hearth and Home: Reconstructing the Rural Kitchen from 1840 to 1940". 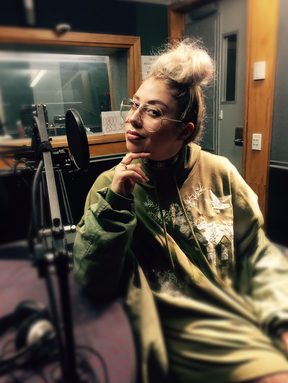 One of the fast-rising stars in the NZ music world right now is Em-Hayley Walker, better known as Theia. She burst onto the scene last year with her break out hit Roam, which will soon hit 9 million streams on Spotify. .

The Christchurch-born singer has just released her debut EP, and will embark on her first headline tour of New Zealand, on July 6. 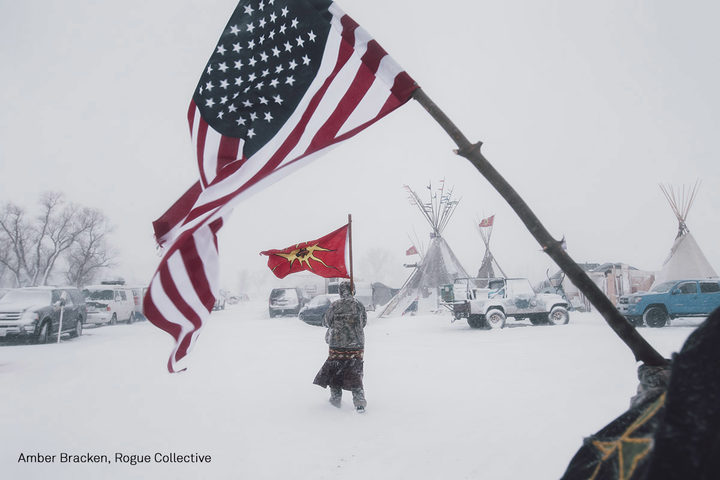 People carry an American and a Mohawk Warrior Society flag at a protest camp against the Dakota Access Pipeline. Photo: Amber Bracken 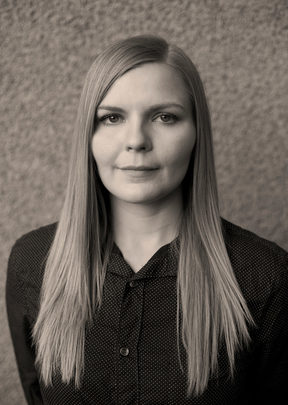 Canadian Amber Bracken is a photojournalist who covered the protest by the Standing Rock Sioux Tribe over the Dakota Access Pipeline - an oil pipeline project from the Bakken Fields of North Dakota to a storage hub in Illinois. Her photos from the protest took first prize in the 2017 World Press Photo Competition.

11:40 Race against time to save VHS tapes 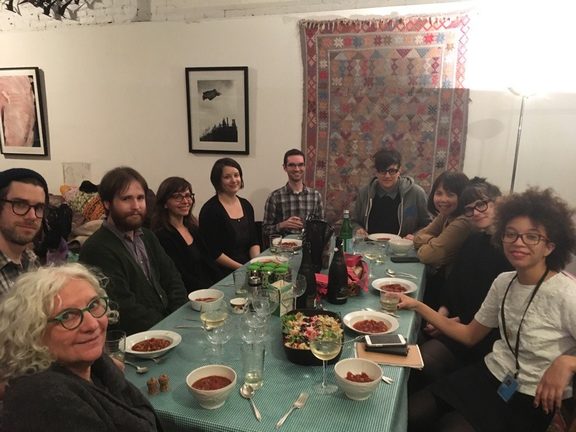 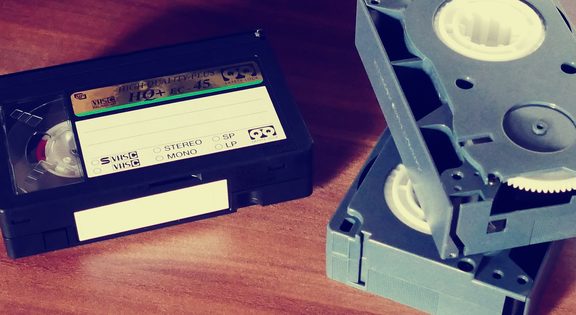 The XFR Collective is a team of archivists who meet in a loft in Tribeca New York every week and give their time to digitise tapes of social significance. But there's an impending sense of a deadline looming closer before the tapes degrade. Michael Grant (full beard in the picture with others from the Xfer Collective) talks about the issues facing their preservation - getting tapedeck players being a key challenge.

Suggestions from listeners on where to get VHS tapes digitised
David recommends Bring it On studios who he says did a phenomonal job on his father's 16mm war movies.
John recommends the Dub Shop in Cambridge.


SONGS ON THE SHOW THIS WEEK