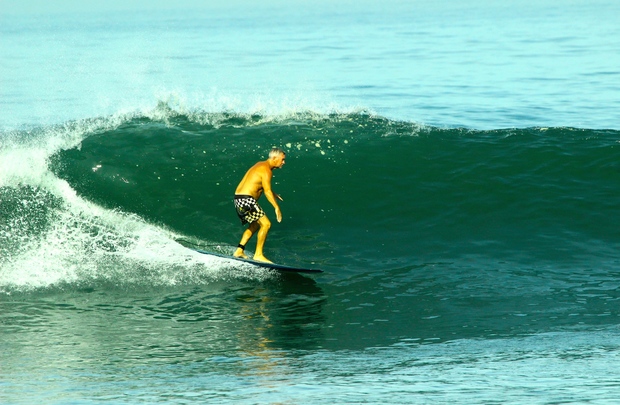 Rugby correspondent Alexander Bisley sets the scene in Cardiff for the All Blacks vs France Rugby World Cup quarter-final; Waikato University lecturer Fabrice Desmarais is a Frenchman who's lived in New Zealand for nearly 20 years and has analysed TV commentaries of test matches between the All Blacks and Les Bleus. The Week in Parliament plays at 7.32, then Noelle talks to Efleda Bautista who says poor people in the Philippines are living hand to mouth in temporary accommodation while they wait for the government to come to their aid, two years after being hit by Super Typhoon Haiyan. 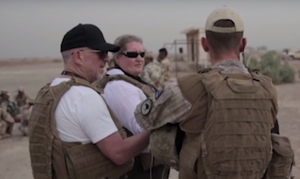 RNZ's political editor Jane Patterson travels to Taji Camp in Iraq for a first-hand view of the training operations being undertaken by New Zealand troops. Around 140 NZ personnel are serving in a joint mission with Australia to train Iraqi security forces in the fight against Islamic State.
Produced by Philippa Tolley.

Dr Emile Bruneau, a cognitive neuroscientist at the Massachusetts Institute of Technology, has spent years experiencing and studying conflicts around the world. He's working on understanding more about how the brain works, to help enemies become friends.

Big brands are blending into the media with ‘native advertising’ and ‘content marketing’. Does this mean we get more advertising in disguise?  Also: How an important report on Iraq was overlooked, and a surge of stereotypes in coverage of the Rugby World Cup this week.
Produced and presented by Colin Peacock and Jeremy Rose.

The rise of antibiotic resistant bacteria is fast becoming a major global health issue, and predictions are that in the near future many people will die of common infections that are currently easily treatable. Otago University's Professor Tony Kettle is leading a team of scientists in a search to find new ways of treating infections. He speaks to Noelle about how they're doing it, and why it is so crucial to come up with newer, more effctive drugs ... and fast.

In the seventies, disco ruled supreme and one of the leading disco queens was Boney M's Maisie Williams. Ms. Williams is still going strong and she speaks to Noelle about the enduring sound of Boney M.

Phil Jarratt's life revolves around surfing and writing - and his writing is mostly about surfing. Phil lives in Noosa - on Australia's Sunshine Coast - which is also home to a National Surfing Reserve. He founded and still runs the world's biggest surfing event, held there every year. He's the author of more than 30 books including a history of surfing in Australia, and is heading New Zealand this month for appearances at the Tauranga Arts Festival. 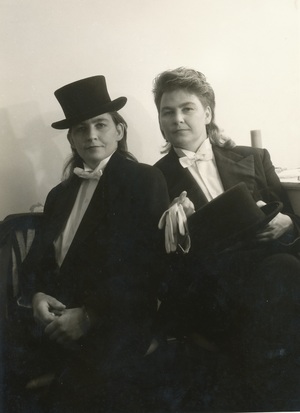 11:05 The Topp Twins - Touring, Protests and Mince on Toast 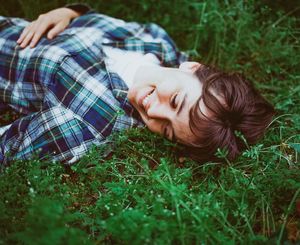 2015 has been a huge year for young Australian singer-songwriter Courtney Barnett. She has toured with the Laneway Festival, performed at the Newport Folk Festival and released her debut album Sometimes I sit and think, and sometimes I just sit, which received glowing reviews. Later this month she is opening for Blur at the Hollywood Bowl and Madison Square Garden - before touring New Zealand in November.