This week – news from Chunuk Bair, Palmerston North and Tekapo; we also pick over the Bledisloe Cup match and discuss the pressure on Cook Islands Maori; plus – The Week in Parliament.

It's nearly two years since gay and lesbian couples gained the right to marry in New Zealand. Since then, more than 1,500 same-sex couples have tied the knot and the rate of civil unions has plummeted.  Worldwide, more countries are now following suit, including the US and the UK. But how has the Marriage Amendment Bill changed the lives of gays and lesbians living in this country, and has it been the silver-bullet against homophobia that some thought it would be? This Insight explores how same-sex marriage has changed what it is to be gay in New Zealand, and asks where to now for the queer rights movement.
Produced by Philippa Tolley.

The founder of the Ngaio Marsh Award for Best Crime Novel, Craig Sisterson, reflects on this year’s crop of finalists and the state of Kiwi crime writing. Craig regularly reviews crime novels and interviews authors for his blog Kiwi Crime.

Mediawatch looks at two significant stories overseas and asks if a financial helping hand can skew the news coverage; and we ask John Campbell if he can campaign for things like he did on TV now that he’s a Radio New Zealand man – and how he plans to tempt people from TV to a multimedia drive-time programme.
Produced and presented by Colin Peacock and Jeremy Rose.

Manu Caddie and his family in Ruatoria have come up with an idea to help others learn te reo. They are offering one-on-one tutorials via skype. Manu Caddie talks about how Confident Korero has taken off.

Ahead of the release of the movie Everest, which details the ill-fated expedition led by Rob Hall in 1996, Wallace talks to New Zealand producer Tim Bevan about how he brought the story to the big screen. Queenstown born Tim is a major talent in the world of movie making – being one half of the very successful Working Title partnership, the production company that has brought us such classics as The Big Lebowski, United 93, Bridget Jones’ Diary, Fargo, and My Beautiful Laundrette.

You don’t have to be a rugby fan to appreciate the immense talents of Australia’s Michael Lynagh. Seventy-two test caps and 911 points scored – he retired from international rugby in 1995 with a fearsome reputation. But a few years ago, Michael Lynagh suffered a catastrophic stroke – he talks to Wallace about his amazing recovery and his brilliant career.

Jevan Goulter and Susan Guthrie have spent the last eight months talking to dozens of prominent New Zealanders about the Treaty of Waitangi and race relations in Aotearoa. This week they launched Talk Treaty – Korerotia te Tiriti – a web-based collection of videos featuring interviews with everyone from Tariana Turia to Don Brash.

Gillian Armstrong is one of Australia’s finest film directors. Her work includes My Brilliant Career, Little Women and Oscar and Lucinda. She speaks to Wallace about her latest offering – a documentary that traces the story of Australian fashion designer, Orry Kelly – a little known name which had a huge impact on Hollywood. 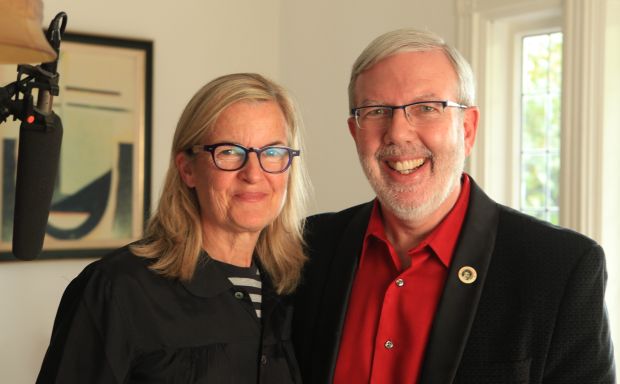