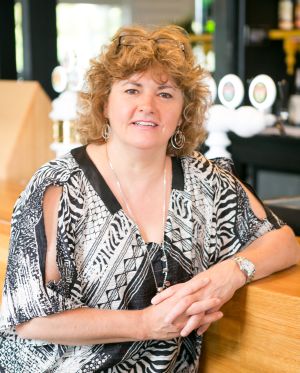 Anne Fox is a UK-based anthropologist who has studied drinking cultures around the world for the last 20 years.  She has just completed a study into New Zealand and Australia drinking cultures, visiting more than 25 towns and cities, looking at the link between alcohol and violence. She’s found that it’s the cultural norms associated with masculinity that’s causing the problem. Wallace asked why that is, and how we can change our culture.

Dr Fox is followed by The Week in Parliament, a report from Australian Prime Minister Tony Abbott’s visit to New Zealand this weekend, and the bid for public television in the Solomon Islands

When New Plymouth Mayor Andrew Judd pushed through an initiative for the city to introduce a designated seat for Maori at next year's local body elections he opened a veritable Pandora's Box. Although some Maori celebrated on the night, opposition emerged just as quickly. One councilor, John McLeod, quit on the spot and the then president of Greypower New Plymouth, Hugh Johnson, started a petition to force a binding referendum on the issue. Radio New Zealand's Taranaki reporter, Robin Martin, has been talking to some of those affected by the decision and others who have decided to wade into the debate. He looks at the implications of the Maori ward initiative and what it says about Maori representation in New Zealand 175 years after the signing of the Treaty of Waitangi.
Produced by Philippa Tolley.

Afghanistan’s win against Scotland in the Cricket World Cup was a dream come true for the team, and the cricket-mad country. Wallace talks to Nasimullah Danish, the chair of the Afghanistan Cricket Board, about the only sport tolerated by the Taliban.

Associate Professor Richard Shaw from Massey University says choosing a degree with a name that sounds like a job is old-fashioned thinking. Admitting to a vested interest in the topic, he reckons that the time has come for the long-maligned Bachelor of Arts as employees of the future will need to be creative thinkers, smart communicators, and able to understand and engage with people from other cultures. What they will need, he says, is a BA.

Foreigners’ dangerous driving hit the headlines this past week, but did the media sort the facts from the fiction? Also: Fallout from a British journalist blowing the whistle on his newspaper; the market for movies and TV shows online; and why does ‘the coolest little capital’ now claim to be the hottest?
Produced and presented by Colin Peacock and Jeremy Rose.

The passing of the Marriage Equality legislation in 2013 was hailed by most as a victory for human rights, but not everyone sees it that way. Conrad Ryan is part of the Against Equality Movement, a radical queer movement in the United States that rejects what it calls “heteronormative” reforms – such as marriage equality and allowing gays to serve in the military. Conrad Ryan and others argue the reforms are a form of assimilation that could lead to the cultural erasure of the LGBT (Lesbian, Gay, Bi-sexual and Transgender) community. 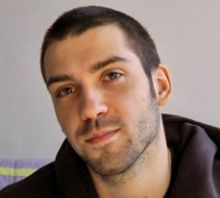 Nigel Latta is one of New Zealand’s best known psychologists – he speaks to Wallace about his latest television venture: Nigel Latta in Antarctica

Alan Gibbs, businessman, amphibious motorcar inventor, founding member of the ACT Party, and creator of the world-class Gibbs Farm sculpture park, is the latest guest in our occasional Influential Kiwis talk about their Influences series.
Alan Gibbs takes Wallace on a tour of the sculptures on his farm.
Gallery: Alan Gibbs' Sculpture Park