7:08 Current affairs – Call to Keep the Coal in the Hole

Christophe McGlade from University College London talks to Wallace about his study, recently published in the journal Nature, which says much of the world’s fossil fuels must be left in the ground in order to keep the global temperature rise under the 2-degree safety limit agreed by the world's nations. Aaron Packard, Oceania region co-ordinator for 350.org will talk about the grassroots global climate movement’s Global Divestment Days Feb 13 and 14, encouraging investors to pull out of fossil fuel companies.

Then Wallace speaks to Chris Baker, the chief executive of Straterra, an organisation that represents the NZ minerals and mining sector, about how the industry is meeting these challenges. Finally, Simon Bridges, Minister of Energy and Resources and Associate Minister for Climate Change Issues talks about New Zealand’s response to the competing demands to both extract fossil fuels – and tackle global warming.

As the fourth anniversary of the earthquake which devastated Christchurch approaches, the slow pace of the rebuild has surprised many. Radio New Zealand reporter, Rachel Graham, has visited Japan to compare how much progress has been made in the Sendai area, almost four years after it was hit by a magnitude 9 earthquake and a mega tsunami. She also visits Kobe to look the impact on that city, and the lessons learnt, in the 20 years since it was hit by a major earthquake. Produced by Philippa Tolley. 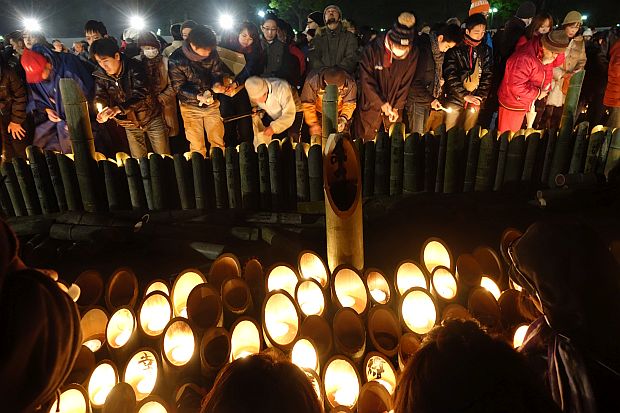 Sri Lanka plays New Zealand in the opening game of the 2015 Cricket World Cup next Saturday. Trevor Grant fears the Sri Lankan government uses the team to launder its image and he is in New Zealand next week speaking at public meetings in Auckland, Wellington and Lower Hutt. Trevor is a veteran journalist and the former chief cricket writer at The Age in Melbourne. These days he works as a broadcaster, advocate and writer on refugee issues in Australia and as a convenor with the Tamil Refugee Council. He is the author of Sri Lanka's Secrets: How The Rajapaksa Regime Gets Away With Murder, published by Monash University Publishing.

Mediawatch looks at how Lydia Ko’s rise to number one in golf topped the news bulletins – but you won’t see her play golf on TV, and why there seems to be no scrap over screening the Rugby World Cup this year. Also: Danish drama’s a hit on TV here, but a former funding chief says our system’s not serving us so well.
Produced and presented by Colin Peacock and Jeremy Rose.

28 years since the release of the first comprehensive study of the Treaty in her book The Treaty of Waitangi, historian and Te Papa's Head of Research Dame Claudia Orange speaks to Wallace from Paihia, near the Treaty ground, and reflects on progress made, the crossroads at which the nation has found itself, and prospects for a post-settlement future.

Sir Harold Marshall is an award-winning and ground breaking acoustic architect who loves Bach. Knighted for services to acoustical science, the stunning new ultra-modern concert hall the Philharmonie de Paris is the latest in a long line of prestigious projects he's been involved with. Sir Harold explains why it is in fact the “great grandchild” of Christchurch’s Town Hall. 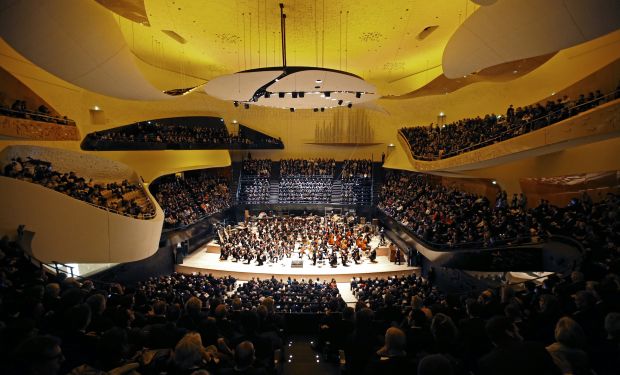 The Grande Salle at the Philharmonie de Paris

Libby Hakaraia is a journalist, filmmaker and the director of the Maoriland Film Festival. She’s currently in Berlin at the European Film Market showcasing a collection of Maori short films. 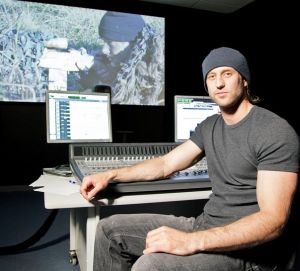 American Sniper is breaking box office records in the United States and around the world. And it has divided the public and critics alike between those who see the bio-pic’s central character Chris Kyle – the most lethal sniper in US history – as a hero and those who argue he was a brutal killer. Sunday producer Jeremy Rose speaks to historian, professor Glyn Harper about attitudes to snipers during the First World War; and Wallace Chapman interviews Tim Wood, a former military lawyer with the Royal Air Force and now a senior lecturer at Massey University’s Centre for Defence and Security Studies; and former New Zealand soldier and budding filmmaker Jason Cayless – whose first short film was about a sniper fighting terrorists.