Insight today looks at what's happened to New Zealand's trade prospects during the global recession and whether a new trend towards trade protectionism is any threat.
Written and presented by Nigel Stirling
Produced by Sue Ingram 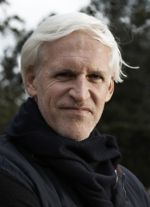 'Monuments Men' is the title of a new book by Robert Edsel (right), the author of 'Rescuing da Vinci' which was a photographic account of the looting of Europe's art houses and private collections by the Nazis during the Second World War.
Today, Robert Edsel tells Chris that 'Monuments Men' details the efforts of the original band of men and women who went to extraordinary lengths, sometimes at great personal danger to themselves, to track down and recover these priceless legacies.
Photograph by Matthew Hawthorne.
'Monuments Men - Allied Heroes, Nazi Thieves and the Greatest Treasure Hunt in History', by Robert Edsel, is published by Preface.

In Mediawatch this week: retiring media boss Brent Impey talks about tough times for commercial broadcasters - and what they mean for the future. We also look at a government-sponsored prize that's meant to help get scientists more into the media; how columnists carefully crafted comment isn't always what it seems; and - bring out your dead: revitalising the art of obituaries.
Produced and presented by Colin Peacock and Jeremy Rose. 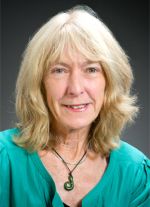 Professor Janet Holmes of the School of Linguistics and Applied Language Studies, Victoria University of Wellington, is director of the Language of the Workplace Project. She tells Chris about research into how people talk to each other at work - how language is used to get things done and how we establish good relations with our colleagues. 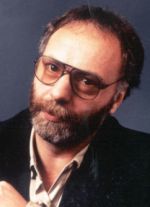 Brian Keenan rose to prominence internationally as the victim of Islamic Jihad extremists who held him captive for four years in Lebanon, where he was teaching at the American University in Beirut. He was released in 1990 and that kidnapping is well-documented in his book, 'An Evil Cradling'. Some years later, following the death of his mother, Brian Keenan has put a personally reflective pen to paper again. He talks to Chris about the result - 'I'll Tell Me Ma' - a perceptive analysis of his formative years in Northern Ireland and more particularly the influences that shaped him.
'I'll Tell Me Ma - a Belfast memoir', by Brian Keenan, is published by Jonathon Cape.

Each week Trevor Reekie takes you on a trip that seeks out musical gems from niche markets around the globe, the latest re-releases and interesting sounds from the shallow end of the bit stream. This week Trevor digs up a slice of Mexican electronica, features a retro slice of country-soul made famous by the Rolling Stones in their early years; and The Pyjama Party pay tribute to Arts Laureate Chris Knox.
Produced by Trevor Reekie

It's 20 years since the Children, Young Persons and Their Families Act came into force. At the time it was seen as both innovative and controversial. Civil libertarians worried a new diversion scheme to be administered by the police could see young people being punished who might otherwise have had their charges thrown out by the courts. And law-and-order advocates were critical of the newly introduced Family Group Conferences - an innovative experiment in so-called restorative justice that would see young offenders facing up to the victims of their crimes. Two decades on we talk to a young offender and the country's Chief Youth Court Judge Andrew Becroft about the state of youth justice in New Zealand.
Presented by Chris Laidlaw
Produced by Jeremy Rose