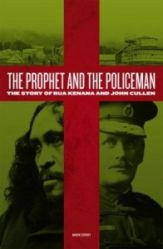 8:40 Mark Derby - The Prophet and the Policeman

In April 1916, John Cullen, the Commissioner of the New Zealand Police Force, personally led a raid on the Tuhoe prophet Rua Kenana's spiritual community at Maungapohatu, deep in the Urewera mountains. The raid, which was based on trumped-up charges, left two of Rua's followers dead and a number of others wounded, and is often described as the last battle of the New Zealand Wars.
Historian Mark Derby the author of a dual biography of John Cullen and Rua Kenana - 'The Prophet and the Policeman' (Craig Potton Publishing) - talks to Chris Laidlaw about the lives of these two very different men.

This week Mediawatch looks at the media feeding frenzy which has followed the fall from grace of top golfer Tiger Woods - and looks back on the good, the bad and the ugly of the media in 2009. The programme highlights stuff that really stood out this past year - though not necessarily in a good way.
Produced and presented by Colin Peacock and Jeremy Rose.

Writer Augusten Burroughs talks to Chris Laidlaw about what he calls the most dysfunctional day of the year - Christmas. His latest book - a collection of holiday stories, is about how Christmas brings out the best and worst in people.
'You Better Not Cry: Stories for Christmas' is published by Hachette.

Richard Vinen teaches history at King's College, London. His book Thatcher's Britain, published this year, marks 30 years since Margaret Thatcher entered Downing Street. Thatcher was the longest serving prime minister of the twentieth-century and her period in government coincided with extraordinary changes in British society and in Britain's place in the world.
'Thatcher's Britain' is published by Simon & Schuster

Dougal pussyfoots around a thieving feline.

Each week Trevor Reekie takes you on a trip that seeks out musical gems from niche markets around the globe, the latest re-releases and interesting sounds from the shallow end of the bit stream. This week on Hidden Treasures, the last one for the year, our host Trevor Reekie serves up an exuberant slice of Christmas cheer, as well as a James Marshall Hendrix composition re-interpreted by Auckland musician Karen Hunter.
Produced by Trevor Reekie 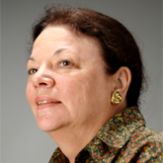 Victoria University Academics Margaret Clark (right) and Paul Morris (below right) join Chris Laidlaw for the final Ideas programme of the year to discuss the big ideas of 2009 and make some predictions about the ideas likely to dominate the coming year.
Margaret Clark is a professor of political science and the author of numerous books and Paul Morris is a professor of religious studies and author of an equally impressive number of books 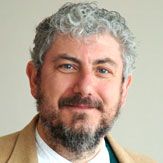 and articles.
Presented by Chris Laidlaw
Produced by Jeremy Rose