8:12 Insight: The Cost of Copenhagen

Today's Insight documentary looks at the significance for New Zealand of the climate change talks in Copenhagen. Should any agreement be expected from this round of talks and, if so, how might it affect taxpayers here?
Written and presented by Chris Bramwell
Produced by Sue Ingram

Denis Adam is best-known as the founder of the Adam Foundation, set up to support music and art in New Zealand. Today he talks to Chris Whitta about his personal story - as a German Jew who was exiled and interned, then flew for the RAF before making his home in this country.

In Mediawatch this week - why is there so little appetite here for TV programmes about the world around us - even the top-quality ones made right here in New Zealand? Natural History NZ's Andrew Waterworth talks to Mediawatch in the week the world's best factual and science programme-makers gathered in Melbourne to discuss the state of their craft. Also on the progamme - the new editor of Truth tells us about his plans to revive the 105-year-old tabloid paper; and one of TV3's founders reflects on its first 20 years on the air, and the sudden announcement that its boss is stepping down.
Produced and presented by Colin Peacock and Jeremy Rose.

10:06 Olga and John Hawkes - The Flight of the White Russians

'Russian at Heart' is the story of a courageous young Russian woman whose 25-year journey from the Crimea to America spans some of the most turbulent times of the 20th century. It encompasses the overthrow and murder of Tzar Nicholas and his family and the massive genocide during the reign of terror that introduced Bolshevism to the world. It then heads to China and the Japanese occupation of Shanghai along with the privations suffered during the Second World War and the rise of Chinese nationalism, before the final realisation of this woman's life-long dream to emigrate to America. The woman was Sonechka Balk and her story is told by her daughter Olga and Olga's husband John Hawkes.

'Russian at Heart - Sonechka's Story' by Olga and John Hawkes, is published by Wily Publications Ltd. 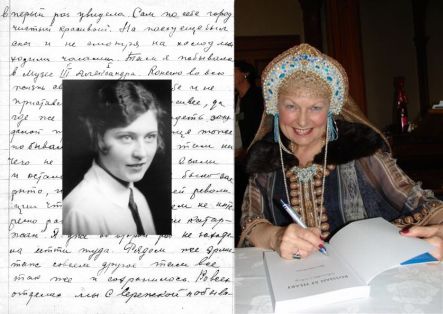 Dougal's feeling the tension as the bills pile up and the pension is under pressure.

Each week Trevor Reekie takes you on a trip that seeks out musical gems from niche markets around the globe, the latest re-releases and interesting sounds from the shallow end of the bit stream. This week Trevor digs out a rare seven-inch, 45 rpm gospel-funk track recently released by an Auckland school teacher, as well as a physical slice of Hungarian wedding music, and the ethno-jazz sound of Mulatu Astatke.
Produced by Trevor Reekie

Sandra Coney is probably best known as the co-author of an investigative Metro article which ultimately led to the Cervical Cancer Inquiry. An award winning journalist and editor of the feminist magazine Broadsheet for 14 years and now an Auckland Regional Councillor, Sandra Coney's ideas have been challenging the way we view our country for years. In Ideas this week Sandra Coney talks about the people, writers and thinkers who have influenced her ideas. People like John Stuart Mill, Simone de Beauvoir, Ivan Illich, Donna Awatere, and her parents - Tom and Doris Pearce.
Presented and produced by Jeremy Rose