Insight this morning looks at the decriminalisation of prostitution: It was meant to make the profession safer, but three sex workers have been murdered - so has the law reform made any difference?
Produced by Shanna Crispin.

New York Times foreign correspondent Dexter Filkins (right) spent several years covering the conflict in Afghanistan and Iraq. His book is a first-hand, and very personal, account of the impact of war on everyone caught up in it.
Produced by Christine Cessford 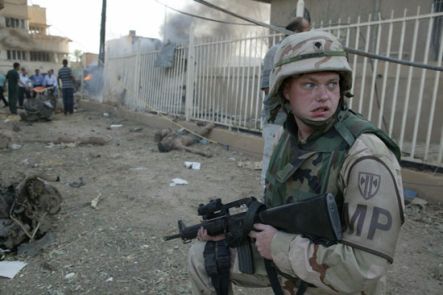 The Forever War, by Dexter Filkins. Published by Random House.

Mediawatch this week follows up some of the issues raised by the programme so far this year, and responds to feedback from Mediawatch listeners. The programme also has news of more journalists losing their jobs; and looks into recent claims in the news that New Zealand's school bullies are among the world's worst. Is it true? Or just a beat-up?
Produced and presented by Colin Peacock and Jeremy Rose. 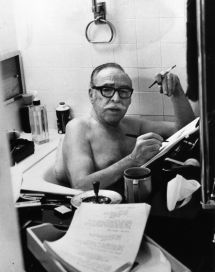 Dalton Trumbo (left), who wrote Spartacus, was one of the Hollywood 10 - a group blacklisted by the House Un-American Activities Committee in 1947 during its investigation of Communist influences in the motion picture industry. Peter Askin talks to Chris Laidlaw about the film he's made on the scriptwriter's story.
Produced by Christine Cessford

10:06 The Sunday Group: Progress on the Millennium Development Goals

The United Nations' Millennium Development Goals are eight targets which, if achieved, would greatly reduce poverty across the planet. A symposium at Victoria University in Wellington this week has been exploring what progress has been made, both globally and in the Pacific, towards achieving the goals - and what challenges lie ahead. Chris Laidlaw chairs a panel of guests from the symposium that includes: The director of the United Nations Millennium Campaign, Salil Shetty; the director of Development Studies at Victoria University, Professor John Overton; and the Minister for Community Development in Papua New Guinea, Dame Carol Kidu.
Produced by Christine Cessford

Each week Trevor Reekie takes you on a trip that seeks out musical gems from niche markets around the globe, the latest re-releases and interesting sounds from the shallow end of the bit stream. This week Trevor previews new material from Split Enz founding member Phil Judd, who talks about his relationship to the ukulele; as well as fresh sounds from Mexican acoustic metal merchants Rodrigo and Gabriela.
Produced by Trevor Reekie

The days of New Zealand having a Pacific empire are, thankfully, well behind us. So it may come as something of a surprise to hear that four Pacific Island police forces are currently headed up by New Zealanders. In Ideas we hear from a former premier of Niue, Young Vivian, about the differences between the open community policing style of today and the authoritarian-style administrators of old. And we talk to two of those police chiefs - Ross Adern in Niue and Peter Marshall in the Solomon Islands - about their work and challenges. And New Zealand assistant commissioner of police Jon White provides an over-view of the contribution of New Zealand police to the Pacific.
Presented by Chris Laidlaw
Produced by Jeremy Rose