Insight talks to Pacific Islanders about the impact the financial crisis is having. Is the recession forcing a change in attitude towards the tradition of giving - to the church and to extended family overseas?
Produced by Richard Pamatatau

Professor Paul Collier has investigated violence and poverty in the countries at the bottom of the world economy that are home to one billion people. He's found that trying to implement democracy in many of these countries often fails in the short term - and even makes things worse. He's working with the US State Department and he talks to Chris Laidlaw about what needs to happen to bring peace and prosperity to the people of the bottom billion.
Produced by Christine Cessford

Mediawatch this week looks at how the media managed to make some people sorry for one of Australia's most unpopular politicians - and the growing concern about the damage the global economic could do to journalism. Mediawatch also runs the rule over TV One's new political programme, and investigates a story that looked fishy from the start - but still hooked some of the news media.
Produced and presented by Colin Peacock and Jeremy Rose. 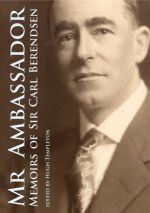 Hugh Templeton talks to Chris Laidlaw about Sir Carl Berendsen, credited as the founder of New Zealand's foreign policy. As the Head of the Department of External Affairs, High Commissioner to Australia, and then Ambassador to Washington, he was involved in such major events as the ANZAC pact, preparations for World War II, the formation of the United Nations, the ANZUS Treaty and the Japanese Peace Treaty. 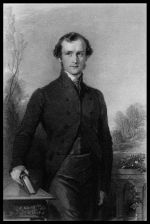 10:06 The Sunday Group: Our Turbulent Priest

George Augustus Selwyn, Anglican Bishop of New Zealand, arrived in 1842 and faced a huge task - to both oversee the emerging Maori church, and organise the colonial church for Anglican settlers. By the time he left in 1868, Selwyn had managed to alienate settlers because he sided with Maori over land rights, and get off-side with many Maori when he tried to be a mediating figure between the two communities.
However, Selwyn was a leading figure in the colony, he united the Church, spread the faith though the Pacific with missionary zeal, and established important educational traditions. And in all of this, he enjoyed the love and support of a good woman. 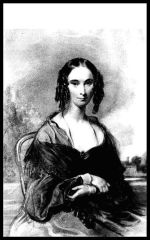 Sarah Selwyn had great faith, and wrote at the time that she was happy to go "to the ends of the earth" with her husband - which is pretty much what she did, leaving England with a baby son for the long trip south.
Sarah and George Selwyn were both born in 1809. To mark the bicentenary of their birth, a conference on their life and work is being held at St John's College in Auckland next week. Chris Laidlaw chairs a panel that includes: the Reverend Doctor Allan Davidson, lecturer at St Johns College and at Auckland University; the Reverend Doctor Janet Crawford, a former lecturer at St Johns, and the former Archbishop of New Zealand, the Right Reverend Sir Paul Reeves.

Each week Trevor Reekie takes you on a trip that seeks out musical gems from niche markets around the globe, the latest re-releases and interesting sounds from the shallow end of the bit stream. This week Trevor pays tribute to Martin Luther King Jnr with an obscure but moving performance by Big Mabelle, as well as new material from local producer Sola Rosa.
Produced by Trevor Reekie

11:05 Ideas: One Hundred Years of Prohibition

This year marks the hundredth anniversary of the first international meeting on the prohibition of drugs. Diplomats from 13 countries gathered in Shanghai and set the ground work for an international system of drug prohibition which continues to this day. A century later there are growing calls for a re-think of the policy of prohibition. This week in Ideas we hear about the terrible cost of the war on drugs on the people of Latin America, talk to a former deputy drug Czar of Britain, and hear from the director of the New Zealand Drug Foundation, Ross Bell.
Presented by Chris Laidlaw
Produced by Jeremy Rose