0907: Walter Robinson
Boston Globe reporter. The Boston Globe's ground breaking investigation into sexual abuse by priests in the Catholic Church in 2002 earned a Pulitzer Prize. Now Spotlight, the movie about the investigative team who broke the story, is an odds on contender for a nomination for a Best Picture Oscar. The team of investigative reporters at the Globe revealed that the Catholic Church had been protecting priests who abused children over 5 decades and covered up their crimes. Walter Robinson is a veteran reporter who led the investigative unit at the Globe known as The Spotlight Team and he speaks to Noelle about the investigation and the movie. The film opens in New Zealand on January 28th.

0945: Susan Baldacci
US correspondent, she's talking about a tearful president, an armed standoff in the West and Fantasy Sport.

1010: Dame Kiri Te Kanawa
New Zealand's best known international star of the opera has spent her career as one of the most famous, most recognisable and most beloved sopranos in the world, a familiar voice and figure on stage in all of the great opera houses... From Covent Garden to La Scala, Vienna State to Chicago and the New York Met, singing so many of the legendary heroines of Opera. Puccini's Tosca, Verdi's Violetta, Desdemona, Mozart's Donna Elvira. This is a good year to have been selected to participate in the New Zealand Opera School in Wanganui because next week Dame Kiri Te Kanawa will join the students for a closed door masterclass along with tutors from her foundation. She's with Noelle to talk about her career and the work she does mentoring future stars. 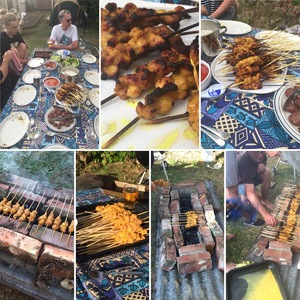 1045: Connie Clarkson
Chef sharing some recipes for summer. She's got a beef satay recipe with a pickled onion and cucumber salad to go with it.

1125: Dan Slevin
Sharing his all time favourite movie in the Classic Film Club.

11:35 - Leonie Hayden editor of Mana Magazine is picking the music for Songs of a Life.