Jamie Kilstein is an American comedian and co-host of the podcast Citizen Radio with journalist Allison Kilkenny. He makes political comedy that subverts entrenched stereotypes around gender, sexuality, class, and race – which has been profoundly unsettling for the comedy fraternity. He talks about becoming political after dropping out of high school, and the backlash he got for suggesting rape jokes weren't funny. Jamie's latest CD is titled What Alive People Do.

Watch his stand-up about war and rape culture.

If the discussion around issues of sexual violence in this interview has been distressing to you, resources such as Lifeline and Rape Prevention Education might be helpful. 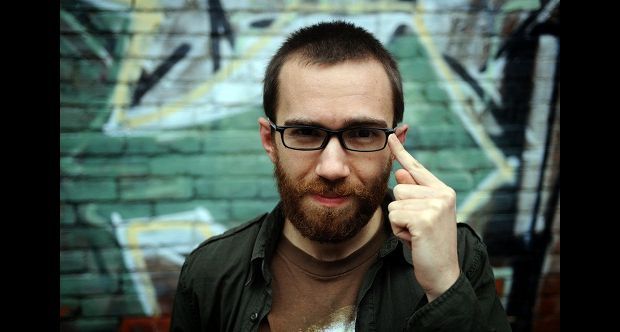 Journalist Christopher Gilbert makes links between songs spanning decades, genres and ideas, in a journey of music appreciation. This week, Christopher examines the hypothesis that music ain't what it used to be, and points out some innovative, beautiful, and mind-changing examples of music-making from recent years.

Listen to all Christopher Gilbert’s choices on Spotify.

8:15 Windows on the World: Jeremy Irons

The Oscar-winning actor Jeremy Irons is best known for his portrayal of troubled, brooding upper class men. This past year he has made a documentary about the potentially devastating impact of the mountains of toxic waste polluting our planet. He speaks with Stephen Sackur on BBC Hard Talk.

Laura Vincent is a Wellington cookbook author, food blogger and restaurant reviewer. She blogs at Hungry & Frozen, and her book of the same name was published by Penguin in 2013.

Laura has recipes for brunch, including roasted asparagus with fried egg and capers; breakfast apple crumble; and raspberry, coconut and almond bread and butter pudding.

Listen to all the Soundtracks to sunsets choices on Spotify

How writing can be beneficial for health, how native fish at Zealandia are thriving now that trout are gone, how real forensic science works, and what five decades of research tells us about red-billed gulls.

The Puertas Quartet is a string ensemble made up of two married couples who live 12,000 miles apart. Their second album, Ravel Rachmaninov Tchaikovsky, will be released this month, and they are embarking on a tour of New Zealand from January 11. Two of the group's members, violinist Tom Norris and cellist Andrew Joyce, stop by for a chat about their own musical histories, and the dynamics of playing in a string quartet (with your spouse!). They also give a sneak preview of some of the music on their new CD. 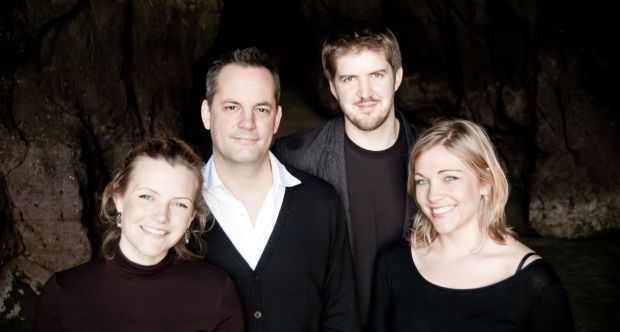 For Summer, Music 101 are making mixtapes with musicians from around the country. Tonight, Emma Smith is joined by popular reggae group House Of Shem. Father Carl and sons Te Omeka and Isaiah share a selection of reggae from the Pacific and beyond.