Standing Room Only for Sunday 20 December 2020

It's a year since Courtney Johnston took on the role of Te Papa's chief executive. There'd been quite the turnover of people in the role since the nation's museum and art gallery opened in Wellington in 1998, most from overseas.

She was also only the second woman appointed to the top job.

The museum closed for  68 days during the Covid-19 lockdown, 66 days longer than it had ever been closed before.

To help it out of a financial hard place, the government announced an extra $18 million of Crown funding for this financial year.

It's also administering a $2 million fund for the rest of the country's museums to help them over the pandemic financial hurdle. 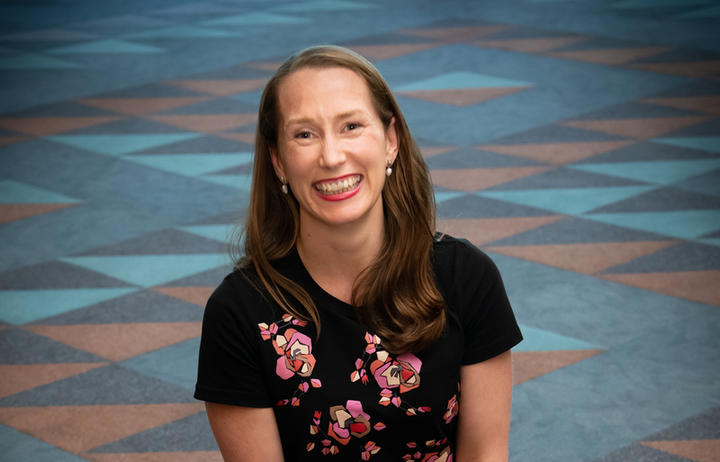 It's taken two years so far and there's more work to go on repairing a large painting of a British shipwreck that isn't being allowed to sink without trace at the Dunedin Public Art Gallery.

Helpless by was painted by two British artists in the mid-1880s and was sent to Dunedin several years later to be displayed at the New Zealand and South Seas International Exhibition.

The Gallery's Conservator, Jenny Sherman is overseeing the task of getting the painting ship-shape for public viewing again. 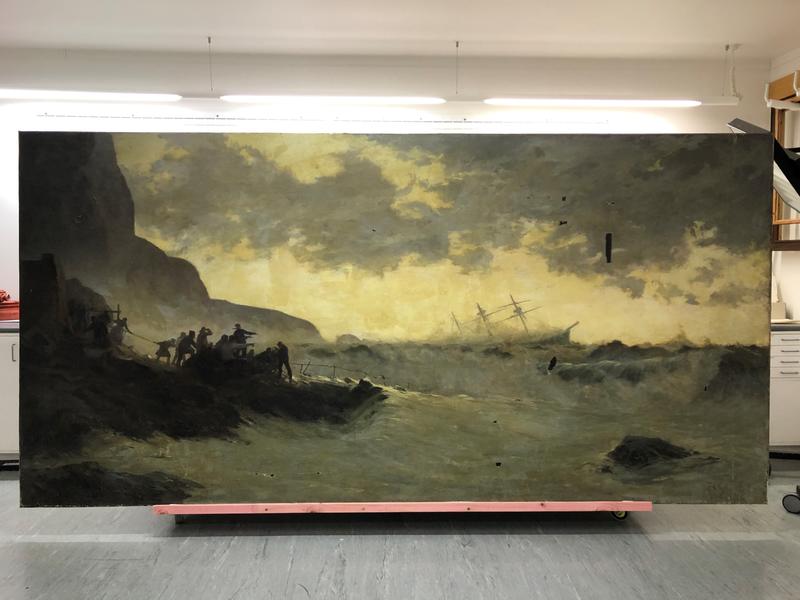 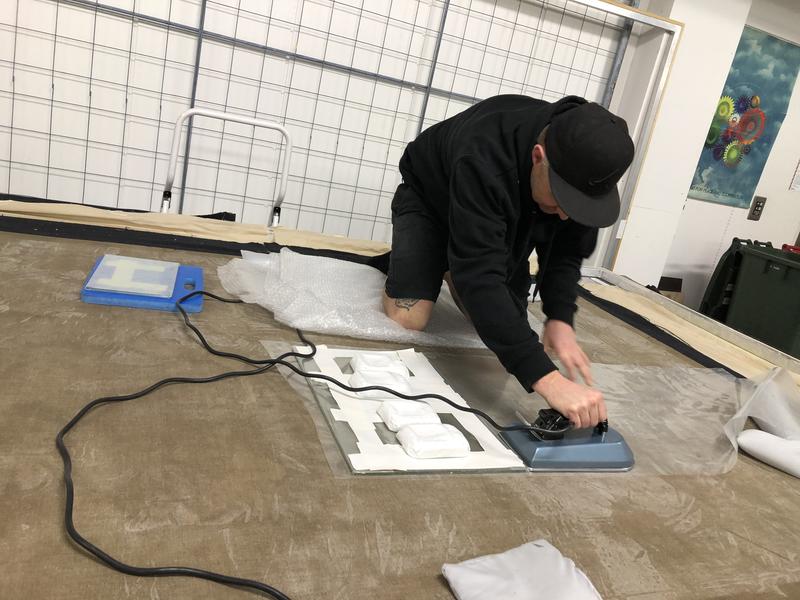 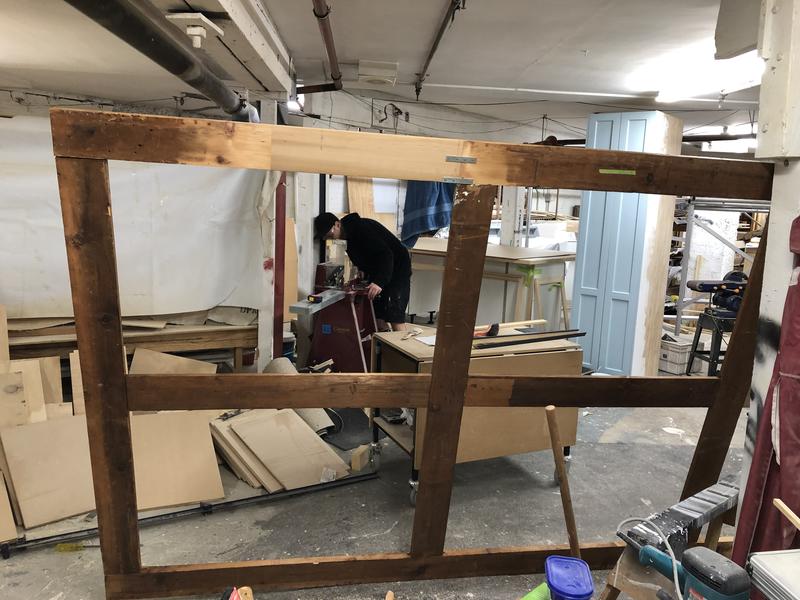 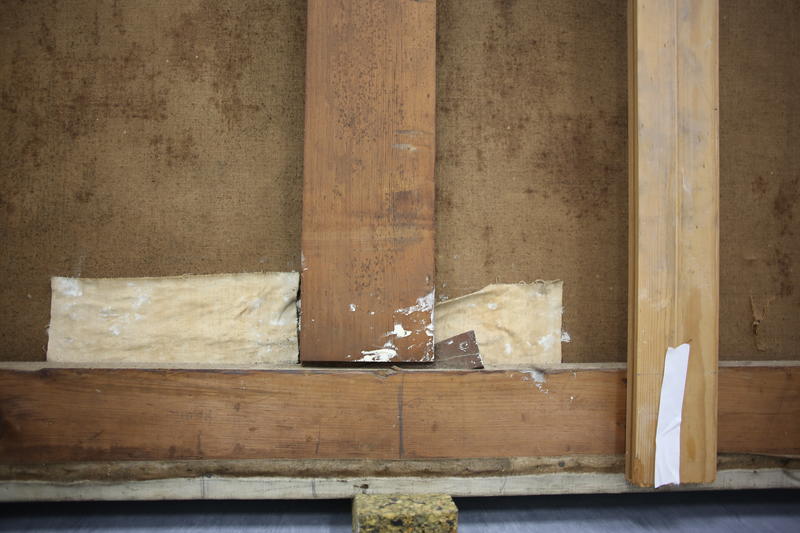 Many New Zealand bands have never been so busy with festivals clambering to fill their programmes with homegrown acts this summer.

There are concerns that festivals might end up a bit samey without international acts to mix it up a bit.

But the upcoming 48th Auckland Folk Festival has a point of difference given its chosen genre.

Mind you, as we've discussed on Standing Room Only over the years, folk music is a genre that's become extremely broad.

One of the bands on the programme for the three day event is Aro, husband and wife Charles and Emily Looker. 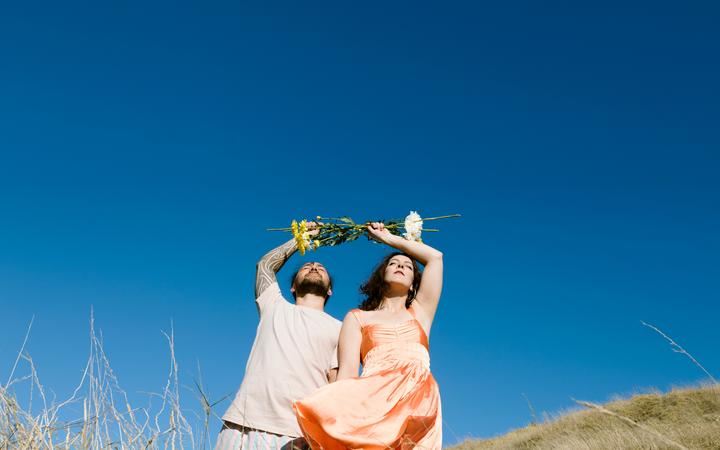 If someone knocks on your door out of the blue asking if you'd be interested in renting your building to a film crew, there's a good chance that person will be Kayleighsha Wharton.

The Location and Production Manager has won the Outstanding Newcomer at the Women in Film & Television Awards.

Kayleighsa has worked on four feature films this year, that's despite the enforced downtime in the middle of the year.

And with another big list of New Zealand feature films in train for next year, she's taking time to select which ones to sign up for.

Her CV includes working on Daffodils, Guns Akimbo, Ghost in the Shell, and the Neon series Outlander. 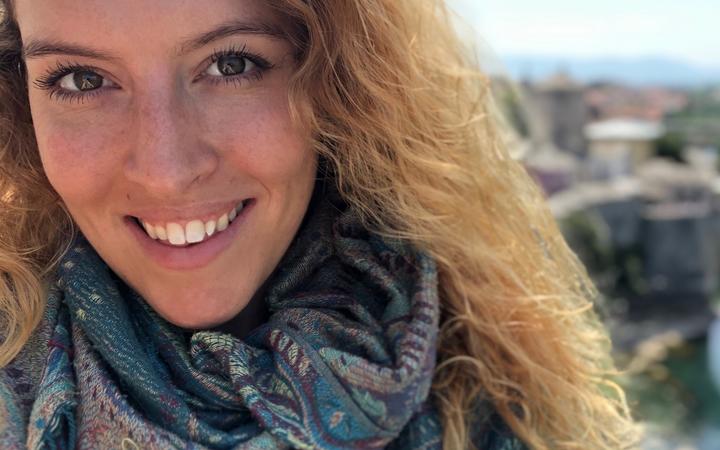 He features on a new compilation of music that's woven around sounds of our landscapes and wildlife.

He's also working hard on a new gallery and workspace for artists living in Otaki north of Wellington. 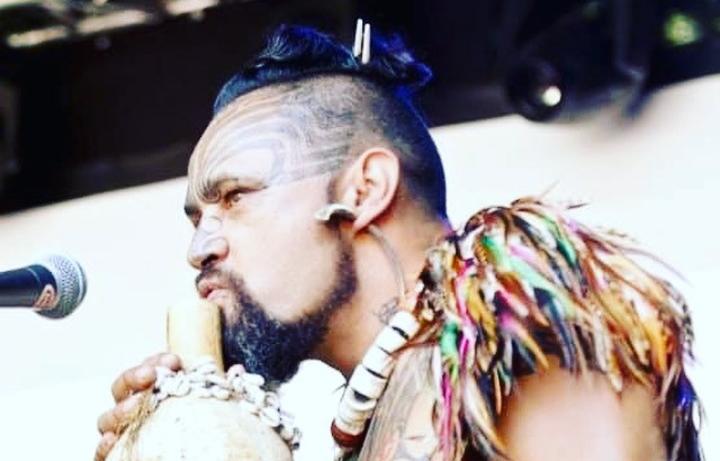 Comedians have never been so needed as they have been in 2020. During and since lockdown they've been a welcome distraction and also acute observers of this new world.

On the Laugh Track today we welcome two of the comedians who made it onto the list for New Zealand's Breakthrough comedian of the year award.

The winner Jadwiga, from Christchurch, and Liv McKenzie who won Best newcomer 2019 at the New Zealand comedy festival. 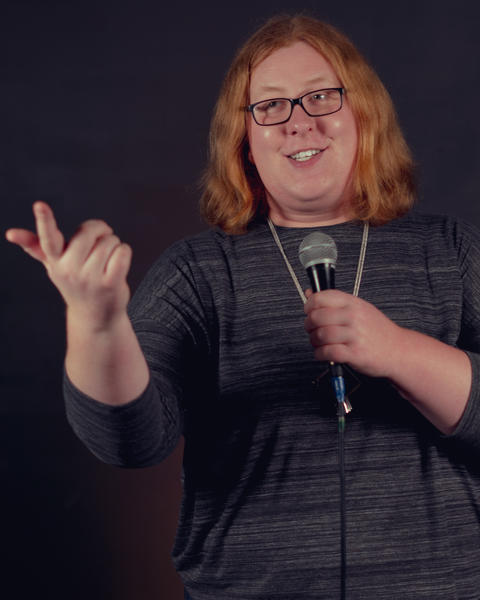 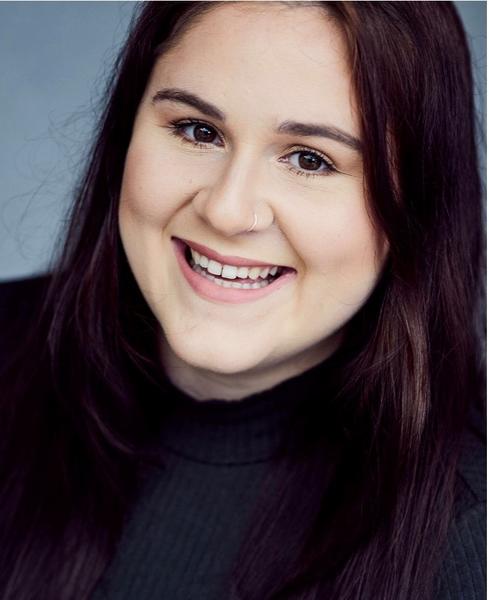 Ecopoetry is a term that was coined relatively recently, when 'eco' found itself attached to all kinds of terms.

But the ideas behind ecopoetry date back to New Zealand's early settlers who wrote about their relationship to the land, including a handful of writers who were concerned about the widespread destruction of the native flora and fauna.

Poet and PhD graduate and Dr Janet Newman has explored ecopoetry in Aotearoa for her thesis while studying at Massey University.

As a farmer she's particularly interested in ecopoetry relating to agriculture. 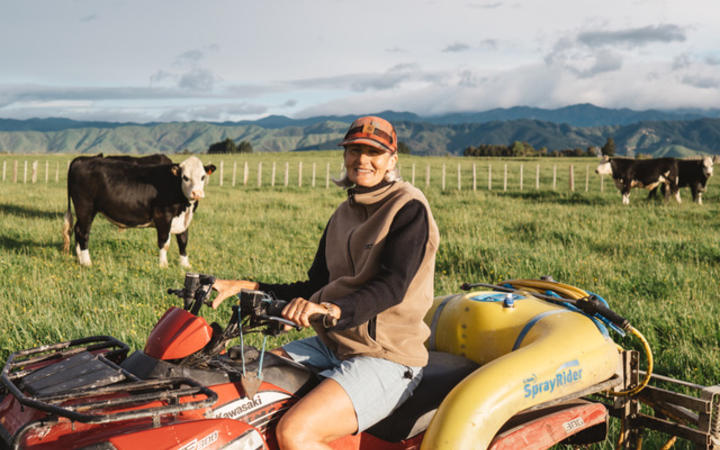 The lockdown mid-year resulted in an explosion of entries to the Play It strange songwriting competitions, with the secondary school age musicians having time to pour their thoughts into their tracks.

A few tracks were directly about Covid-19 but most went in different directions.

Mike Chunn has championed Play It Strange since it started back in 2003. 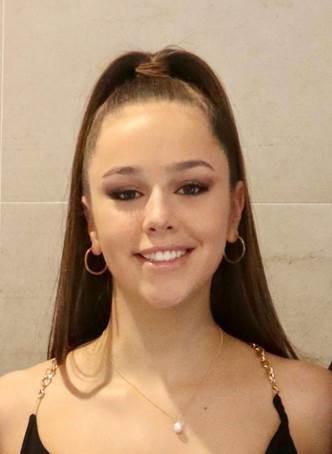 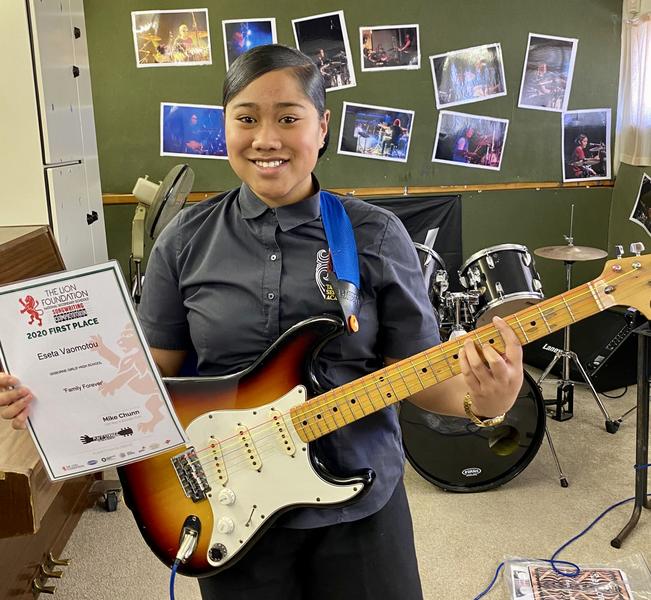 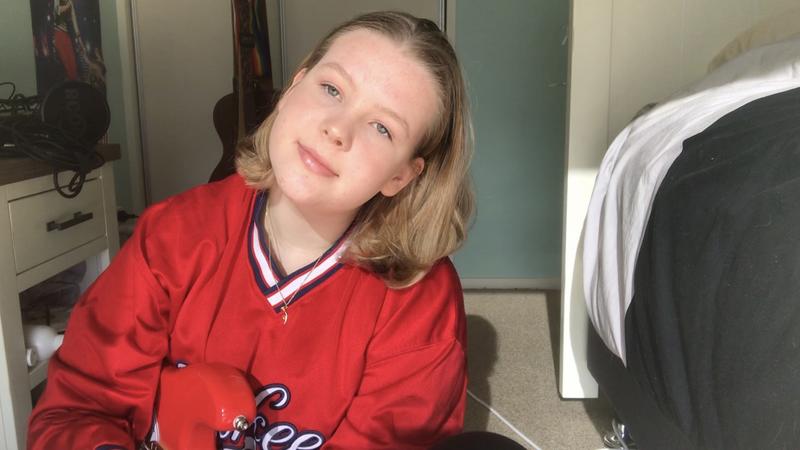 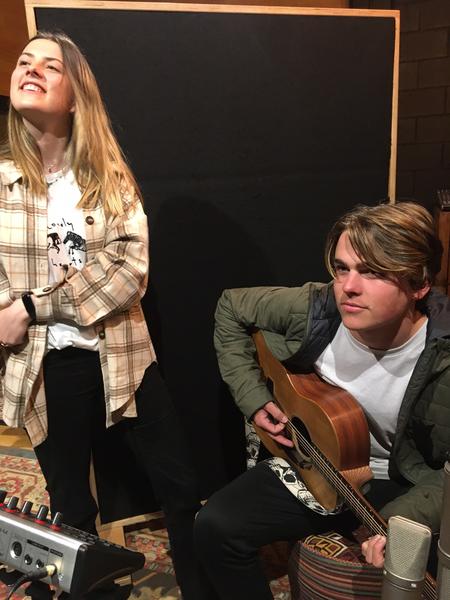 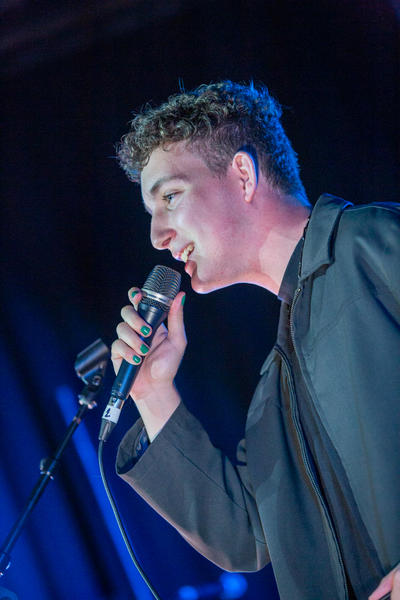