Standing Room Only for Sunday 13 December 2020

After an interrupted few months during the Covid-19 lockdowns, 2020 has turned into a bumper year for New Zealand made films - both in number produced and box office success.

Next year, thanks largely to tens of millions of dollars in government post-Covid funding, is shaping up to be even bigger.

And are the big budget international productions being filmed here, putting a strain on available crews for local movies and TV shows? 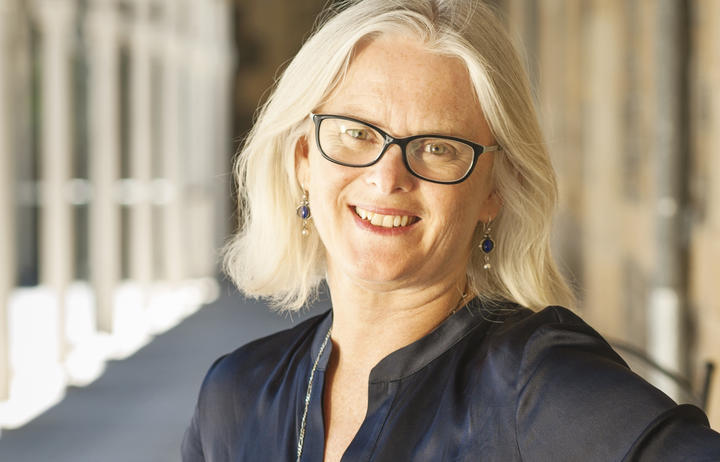 Usually Te Papa's exhibitions are months, if not years, in the planning - but it had just weeks to bring together a large-scale exhibition allowing people to get up close to award winning World of Wearable Art garments.

It's taken a team of 40, including WOW staff, technical experts and installers working right up to this weekend’s official opening.

WoW was cancelled in 2020, a big financial and cultural loss for Wellington, so the exhibition WOW Close UP is a kind of bridge to the next show, scheduled for 2021.

A big effort's gone into the presentation of the selected garments, with a massive lighting rig and moving images on the gallery walls.

Creating that feeling of walking into a stage spectacular is Stephen Blackburn -  while Heather Palmer is WOW's Competition Director who's been with the event since day one. 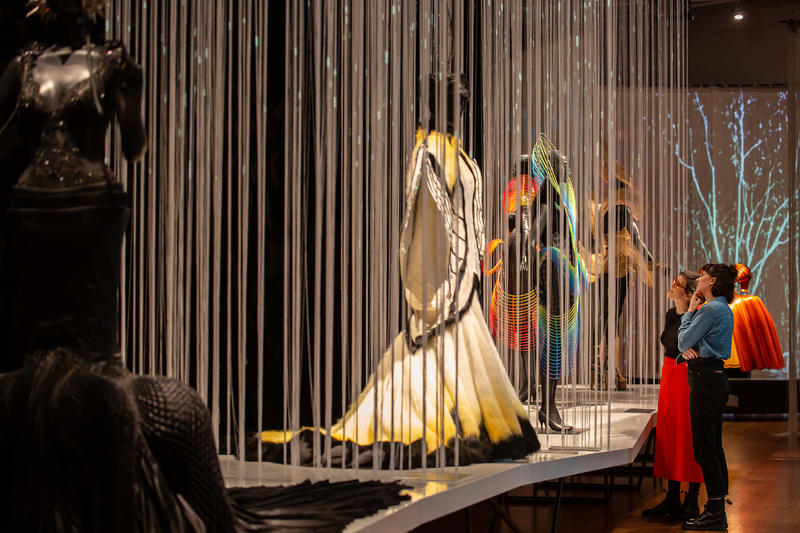 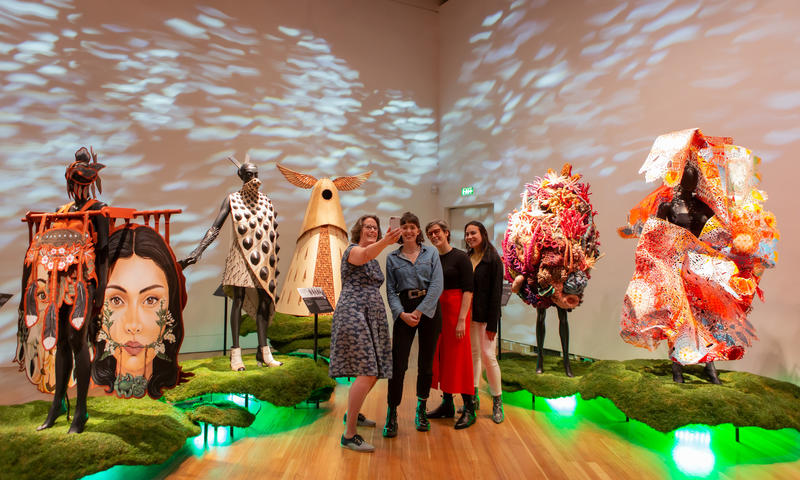 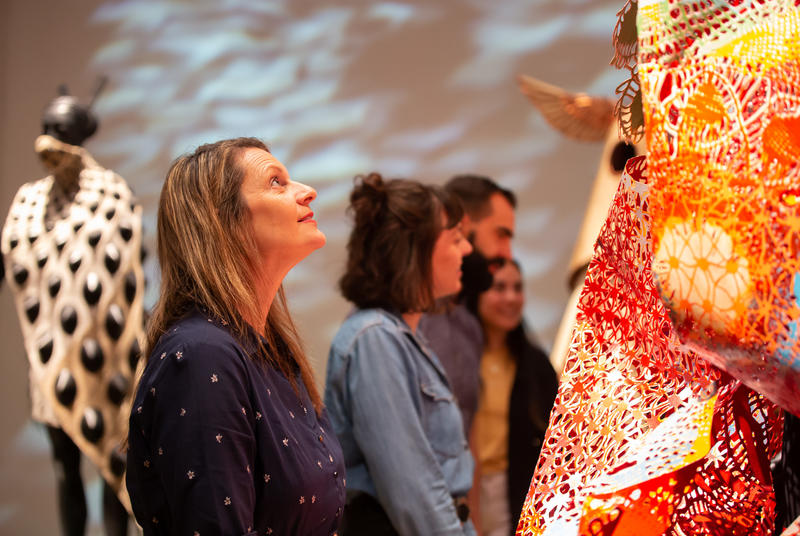 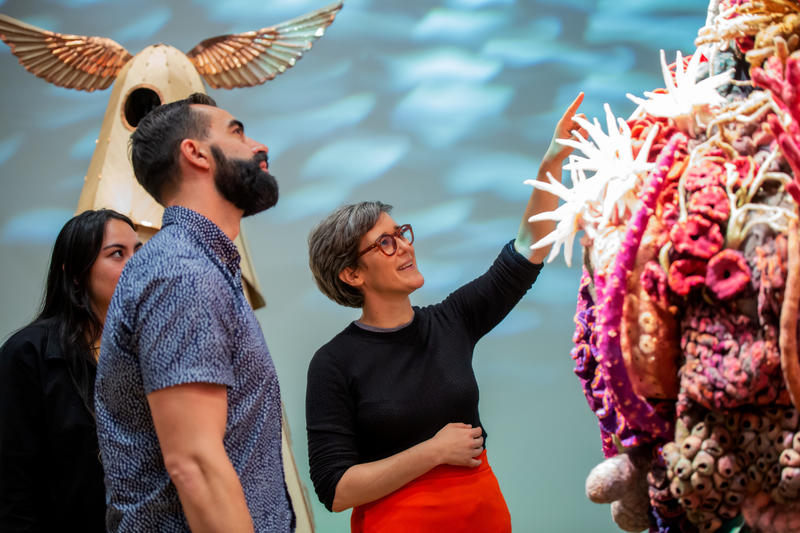 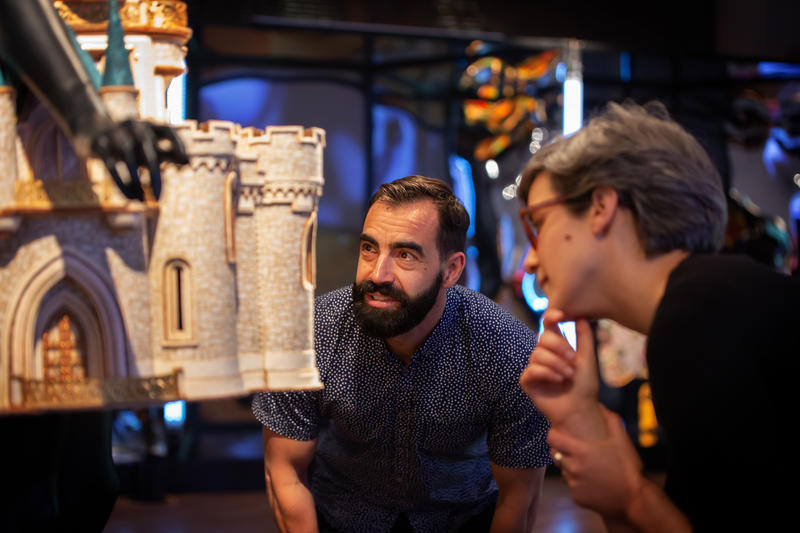 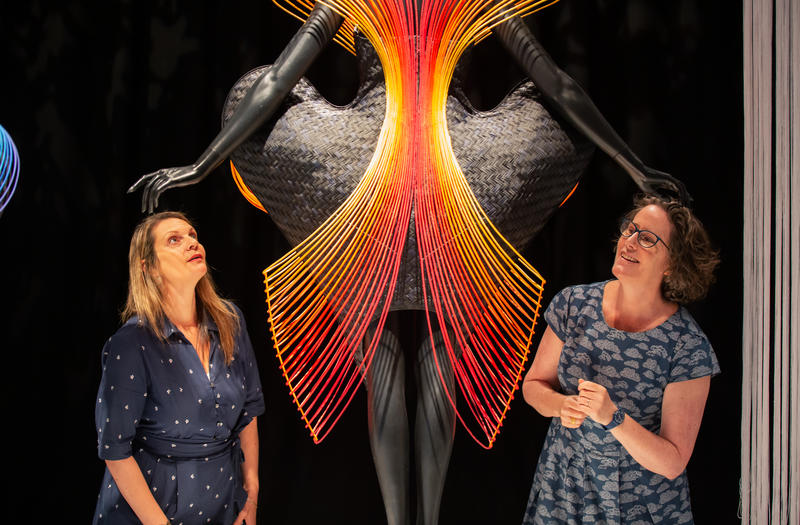 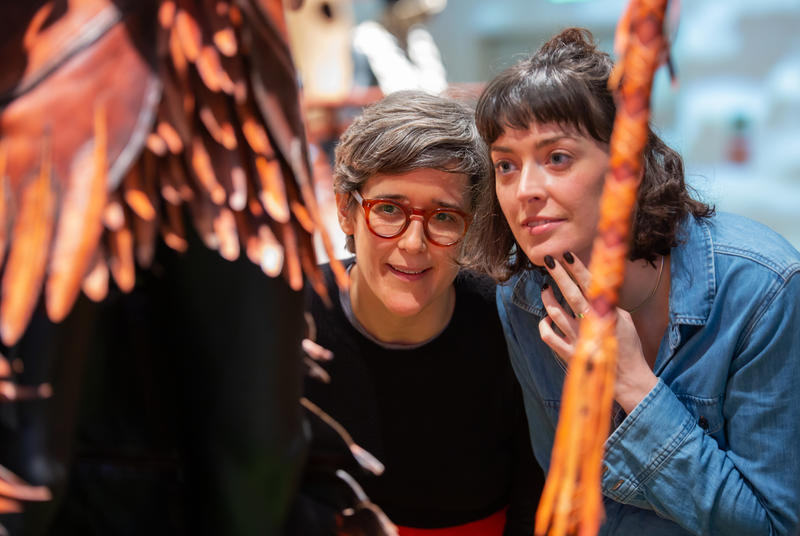 12:45 Preserving the history of Māori showbands

Dunedin-based oral historian Louise Kewene-Doig's father died when she was young, too young to ask her father about the heyday of the Māori Showbands which he was part of

Her father was part of bands like the Māori Castaways and the Māori Hi Fives.

The Māori Showbands borrowed from many musical forms including traditional Māori waiata, show tunes, rhythm and blues, Hawaiian music, music hall and comedy to create their own form of live entertainment that they toured throughout the country and around the world.

The Ministry for Culture & Heritage has granted Louise a $12,000 Oral History Award to record the stories of showband members in what is a deeply personal project. 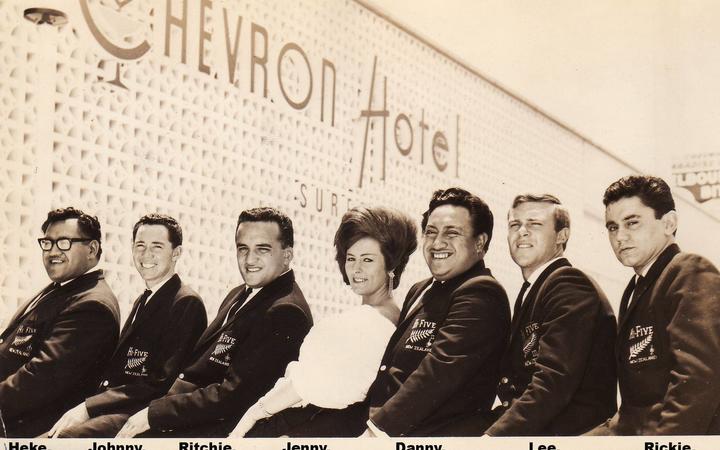 The demand for people with film production skills is so intense that students at the SAE Institute Auckland Campus were being offered jobs before they'd even graduated.

Even staff are being lured away as New Zealand's film industry enjoys one of its busiest times, in part because of Covid-19 disrupting filming in other countries. 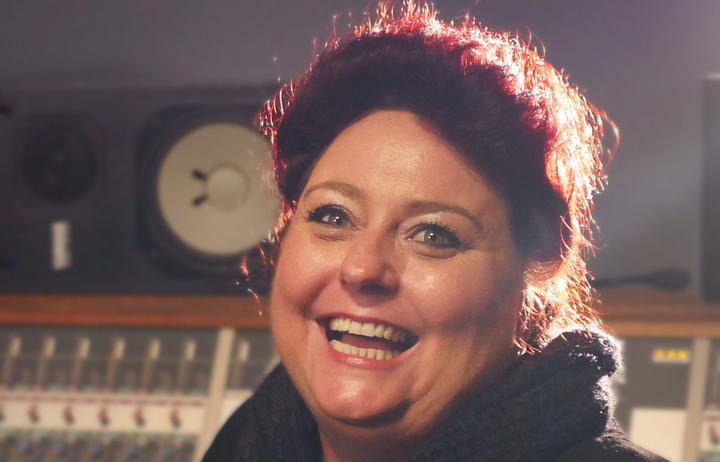 For more than 40 years, Nelson based ceramicist Christine Boswijk has loved the feeling of clay moving in her hands.

Christine's highly respected and thought provoking ceramics are in public institutions and private homes around the world.

Now work from throughout those four decades have been brought together at the Suter Gallery in an exhibition called
Thinking Through My Hands. 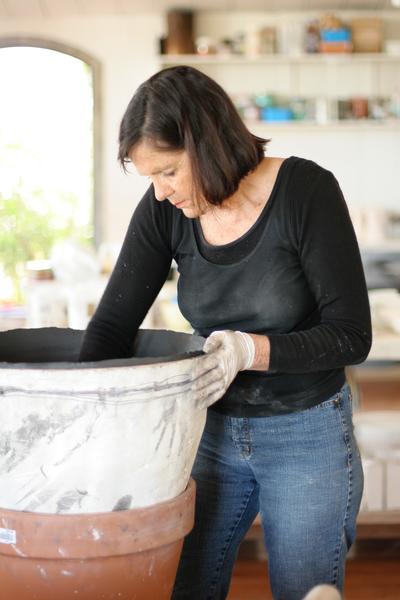 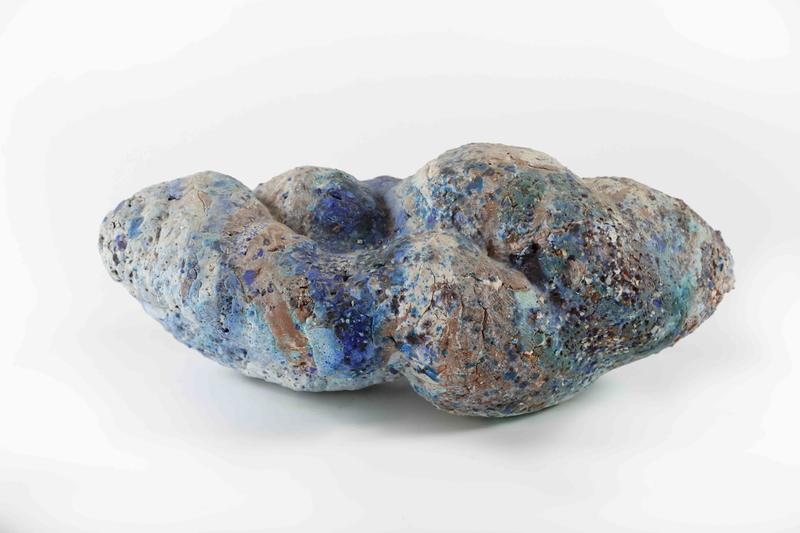 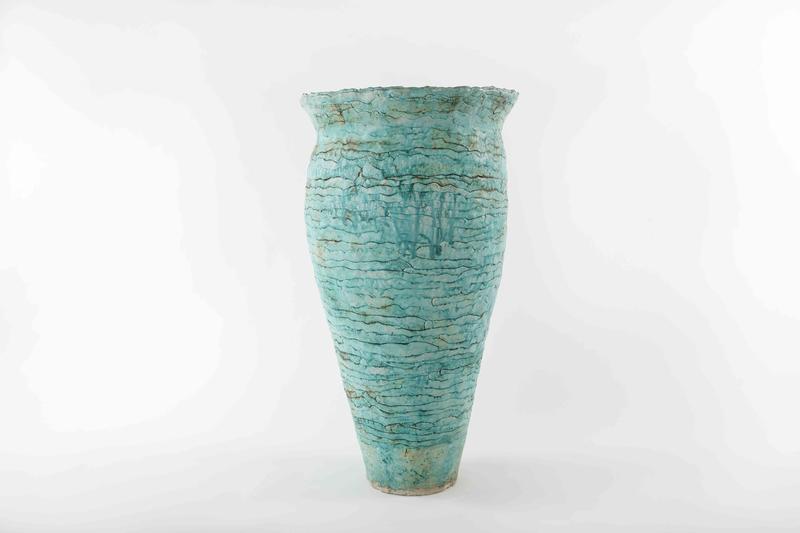 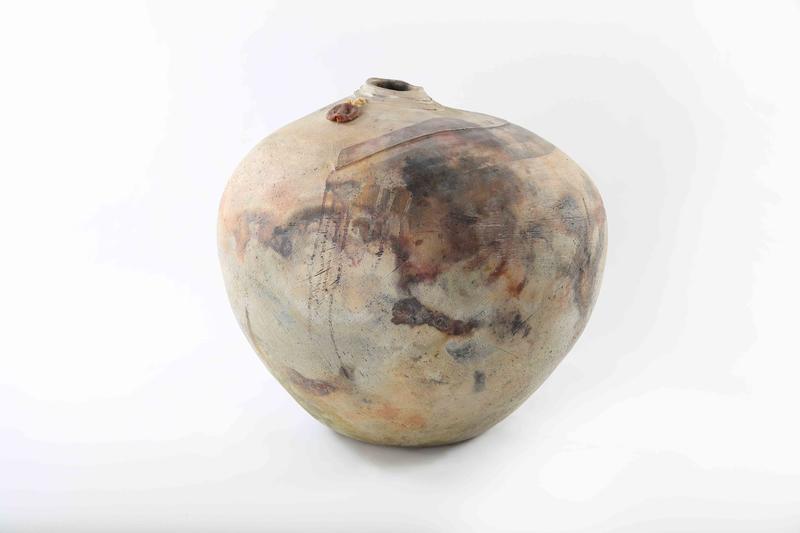 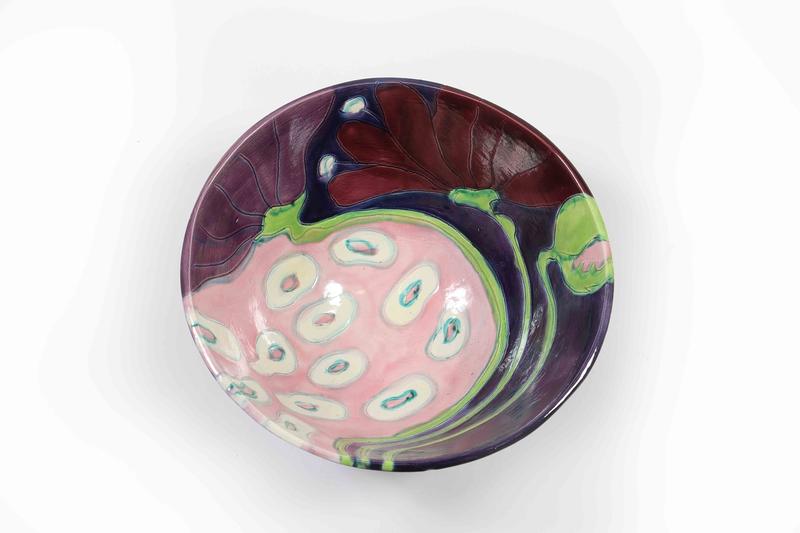 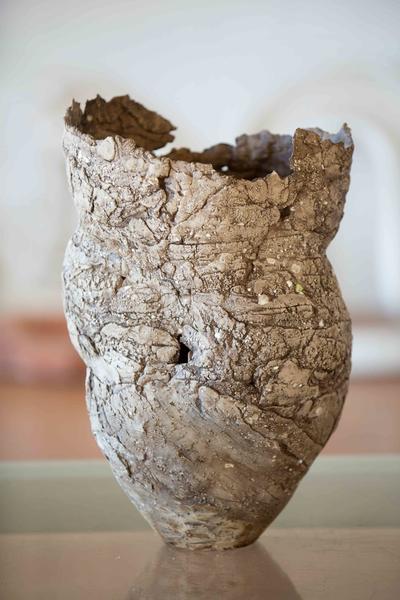 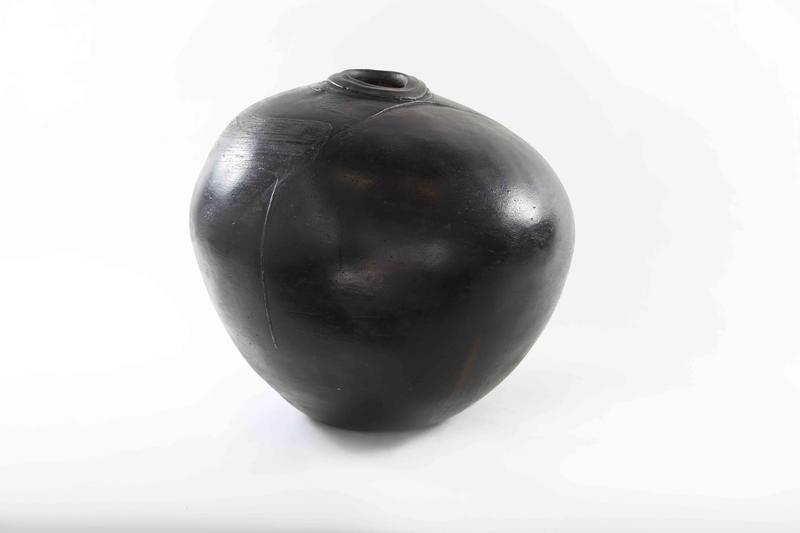 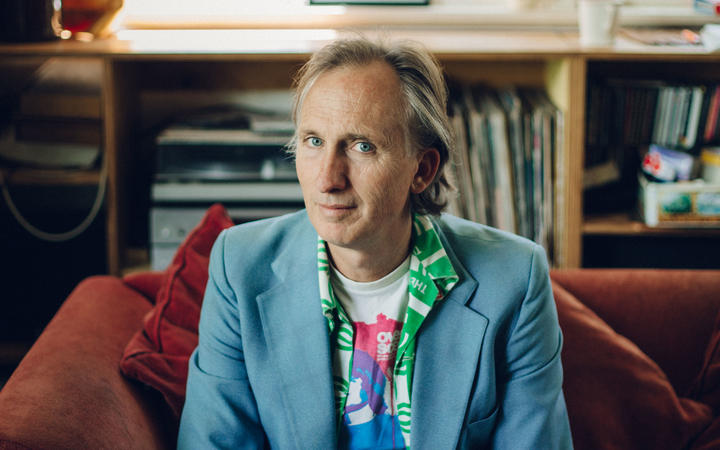 Being selected for two writers' residencies in a row has been the perfect welcome home gift for Greek/Kiwi writer and reviewer, Michalia Arathimos

She and her family are preparing to leave the historic Randall Cottage in Wellington after six months as writer in residence there, before heading to Auckland to take up the Grimshaw Sargeson Fellowship.

For the past decade she's been living and working in Melbourne, but says this felt like the right time to return home.

While at the historic Randell Cottage Michalia has been working on her second novel which she describes as an exploration of place, migration and identity, through the eyes of a woman of Greek descent. 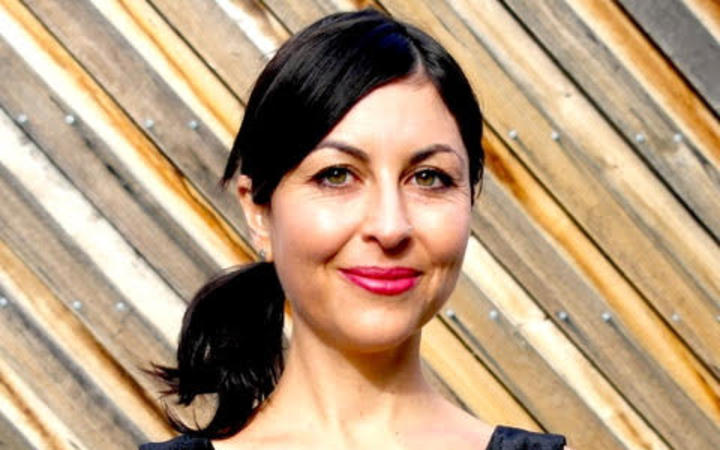 While some parts of the arts sector are thriving, others are struggling financially thanks to Covid-19 and its aftermath.

Theatres are one, art galleries another.

So the publication of a free booklet outlining the benefits that art galleries offer their communities and the councils that part fund them, is particularly good timing.

For a copy, email info@brownbread.co.nz 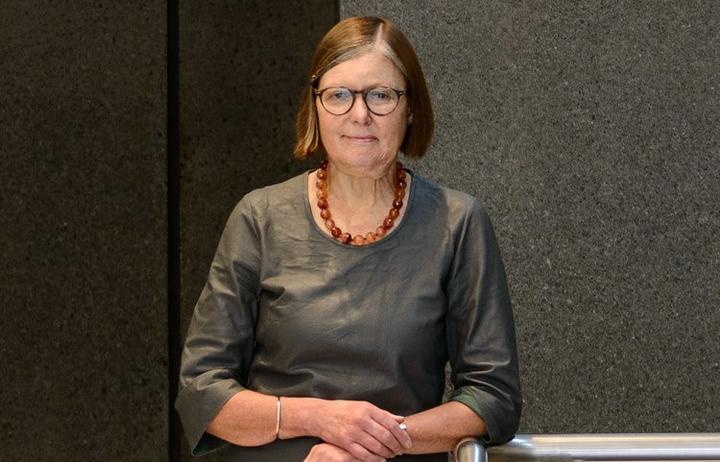