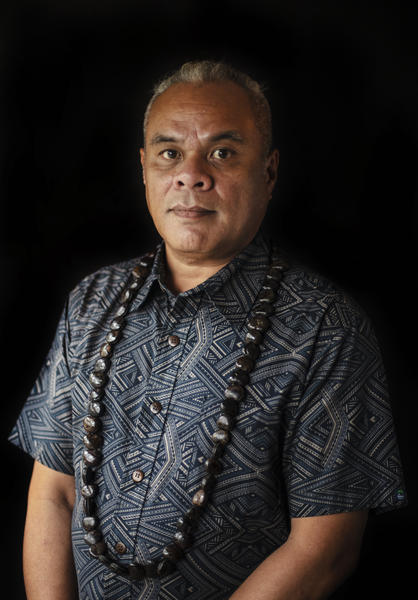 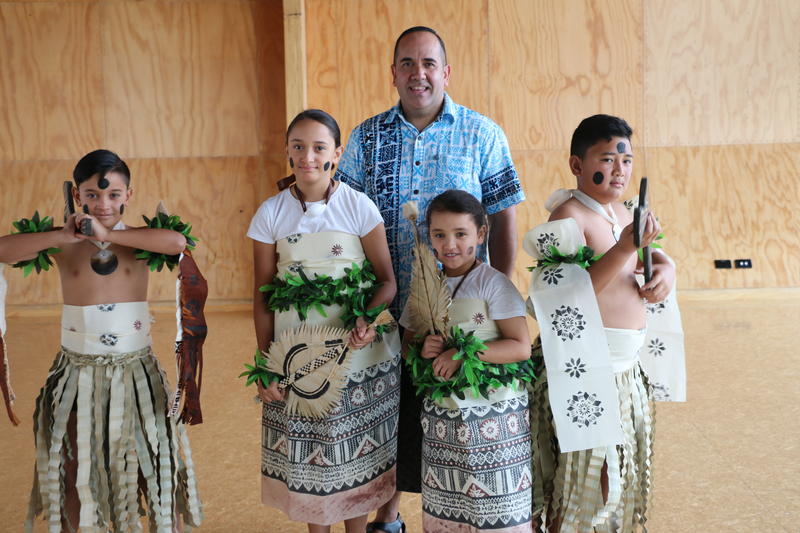 Alipate Traill, his young performers from The Transform Series 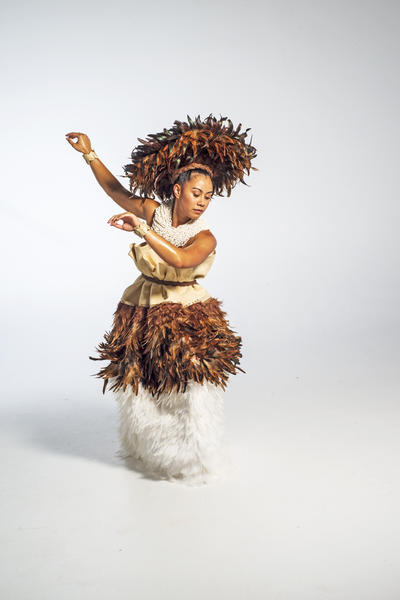 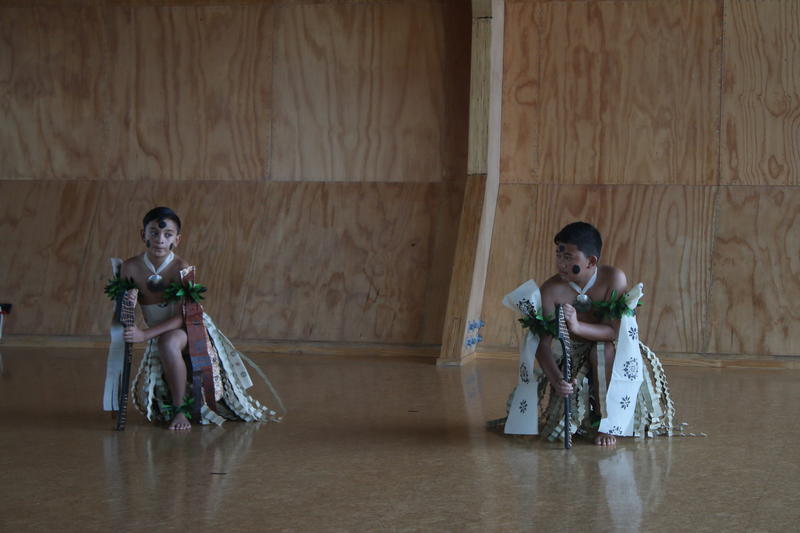 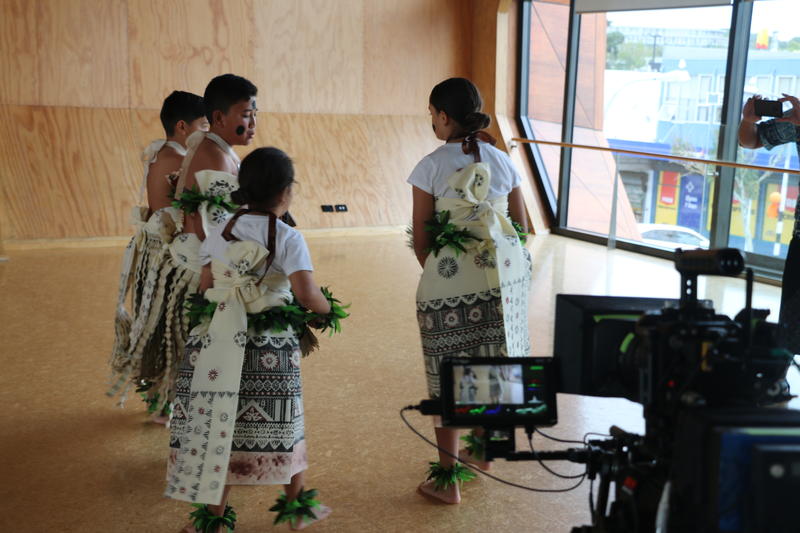 A lot of organisations have had to pivot like crazy to keep their artists in work, during and since lockdown.

Planned live events had to hit the dust, so instead PDNZ has invited 10 artists to film half-hour shows reflecting on traditional Pacific dance forms.

The Transform Series has just started to be rolled out, to coincide with when the organisation had scheduled a dance festival.

Iosefa Enari,  founder and director of Pacific Dance NZ, was awarded a Member of the New Zealand Order of Merit for services to Pacific Dance in this year's Queen's Birthday Honours.

Lynn Freeman asked him about his childhood dance memories. 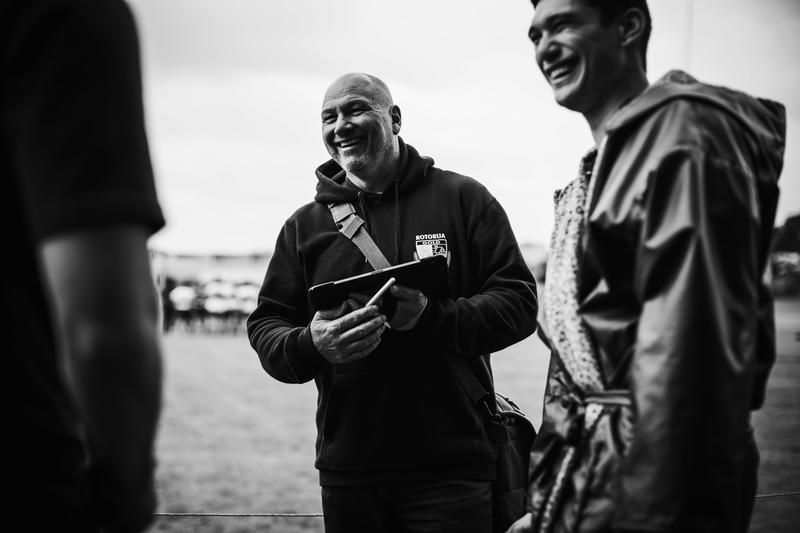 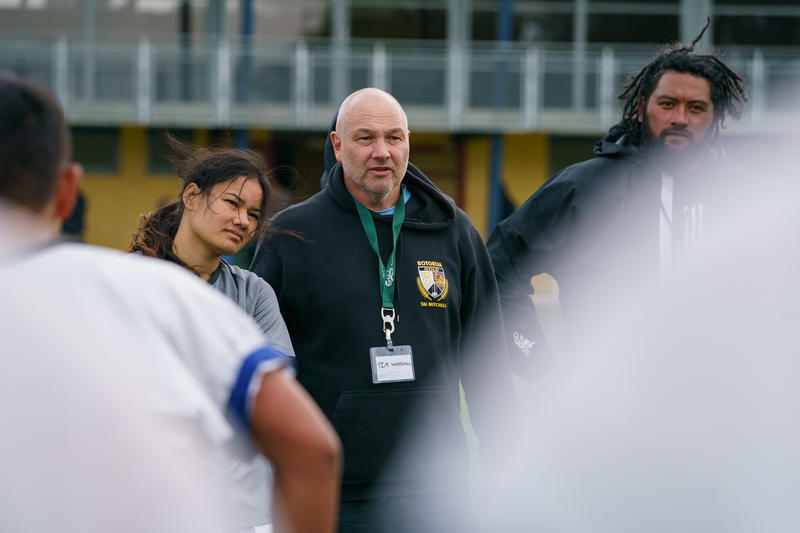 Head High - behind the scenes 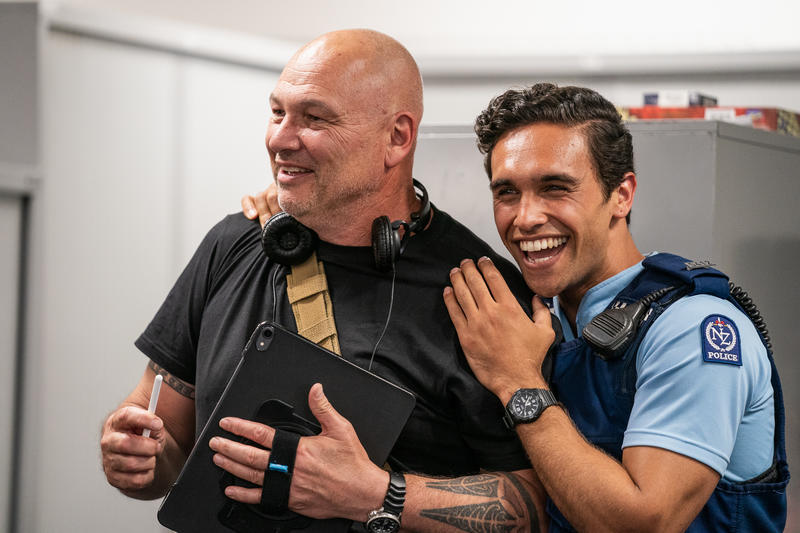 Head High - behind the scenes

Rugby has featured heavily in New Zealand's legend - from Greg McGee's Foreskin's lament and Lloyd Jones' Book of Fame to feature films about Richie McCaw and Dan Carter, and TV docudramas Jonah and The Kick.

Now, it's the subject of that rare thing, a prime-time TV family drama series.   Head High is about to hit the screen on TV 3.

Lynn Freeman talks with writer and director Tim Worrall about the dramatic possibilities of our national game. 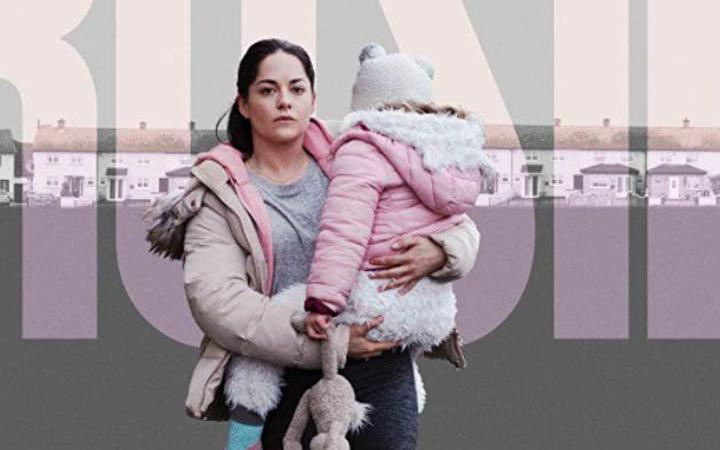 1:31  I heard them on the radio - Apocalypse Songs 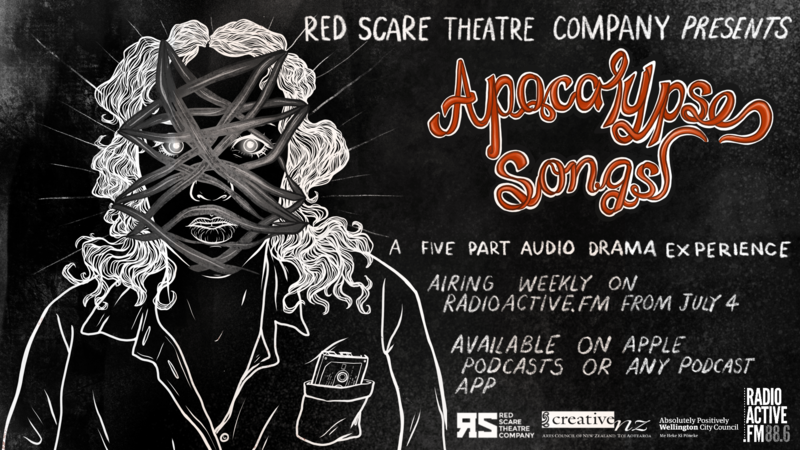 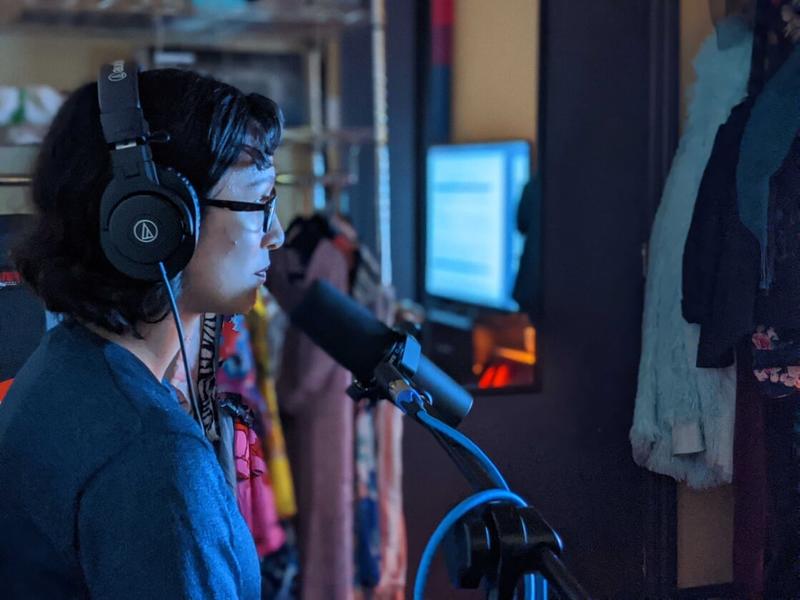 Lockdown proved to be the perfect time for Cassandra Tse and James Cain, to dust off an old script and turn it into a audio drama podcast series.

Apocalypse Songs by Wellington's Red Scare Theatre Company is about to be unleashed.

Although the script for Apocalypse Songs was written in 2018,production didn't begin until Aotearoa entered lockdown. The Red Scare team realized that this project could be recorded under Level 4 restrictions if need be.  It could also provide entertainment to New Zealanders all over the country from the safety of their own homes.

After receiving grants from both Creative New Zealand and Wellington City Council, Tse and Cain tell Lynn Freeman they managed to recruit an impressive roster of cast and crew to make the story come alive.

Apocalypse Songs premieres on the 4th of July on RadioActive.fm, then will be available to download as a podcast. 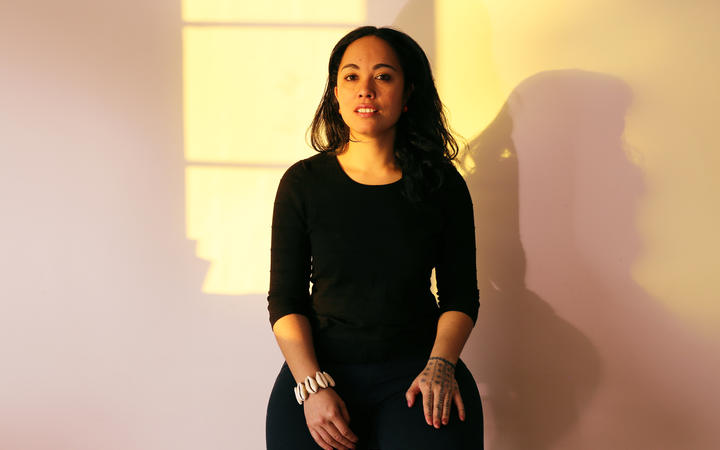 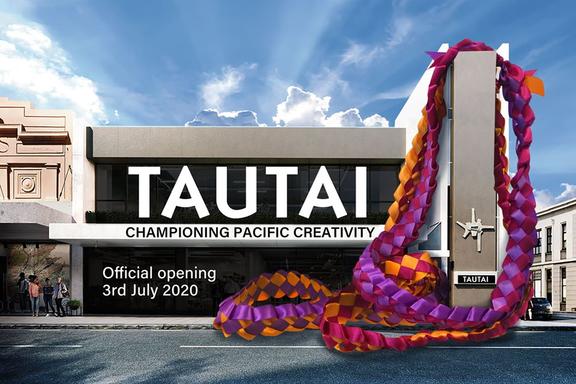 The Tautai Pacific Arts Trust, which champions contemporary Pacific arts, is entering new territory, with the opening of a dedicated gallery space in Auckland.

Tautai already works with artists, galleries, curators and schools.  But having its own gallery opens up new opportunities for the artists who'll show their work there.

The opening was supposed to happen in March.  It's now happening on the third of July with its first exhibition, Moana Legacy. 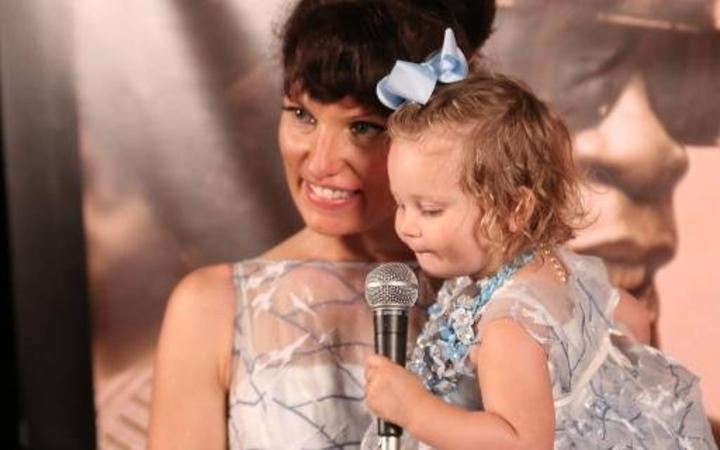 Today's Laugh Track guest Camille Solari is half American, half Canadian, and she normally resides in Los Angeles.  So what's a pro comedian, regular on Comedy Central, with a show about to make it on Amazon Prime, doing in Amberley in rural Canterbury?

Camille's picks include Dave Chappelle, TV series I Love Lucy and The Marvellous Mrs Maisel, as well as clips from her own Amazon Prime show Charlie.

She also talks about her own gig at Christchurch's Isaac Theatre Royal in July. 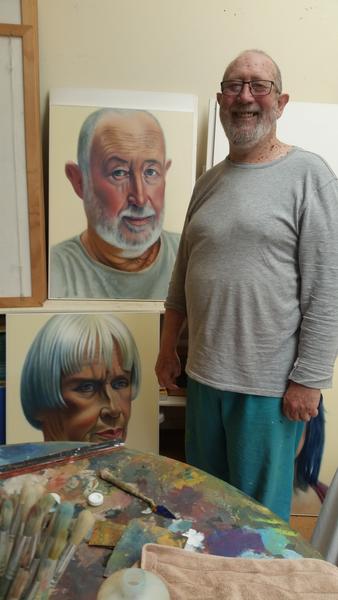 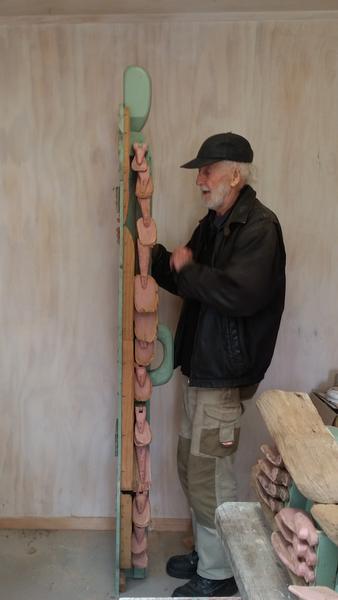 Warren Viscoe with his portable river 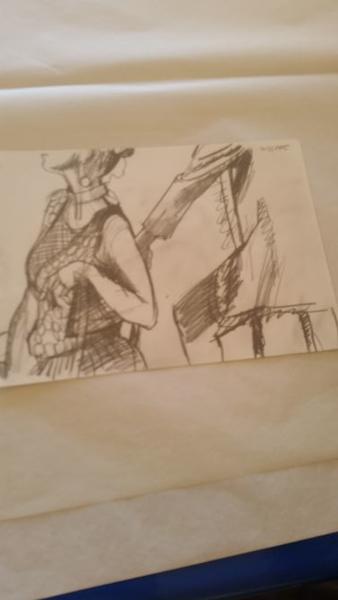 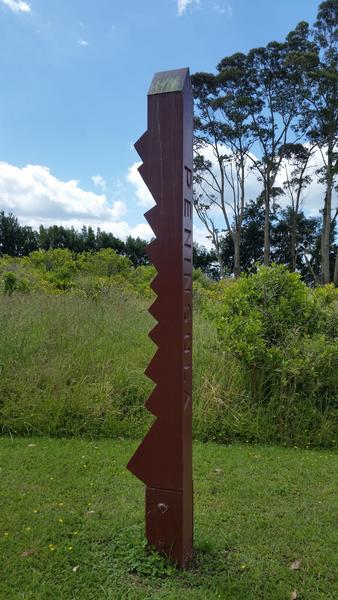 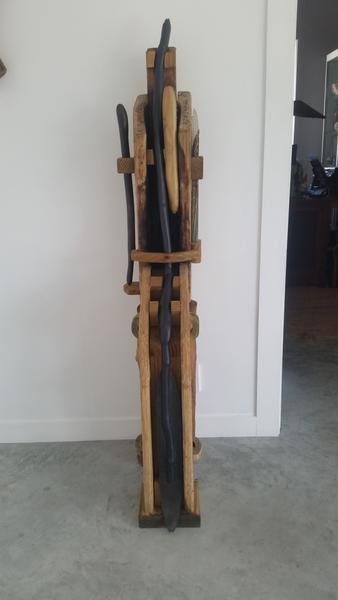 Sarcophagus for an Eel by Warren Viscoe 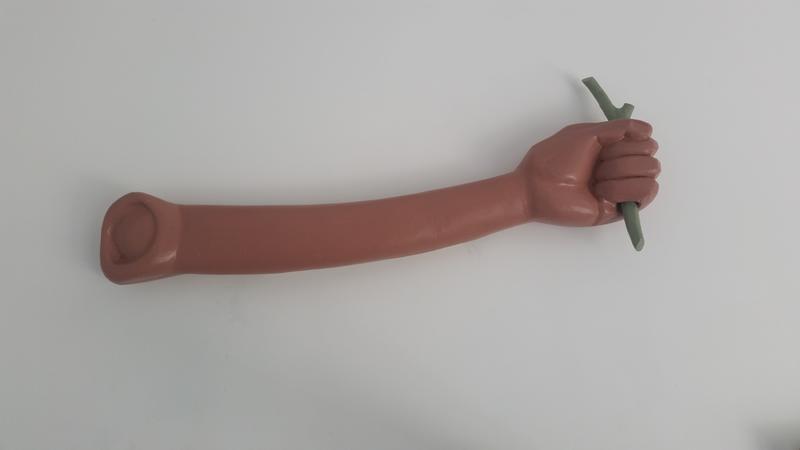 The Cutting by Warren Viscoe 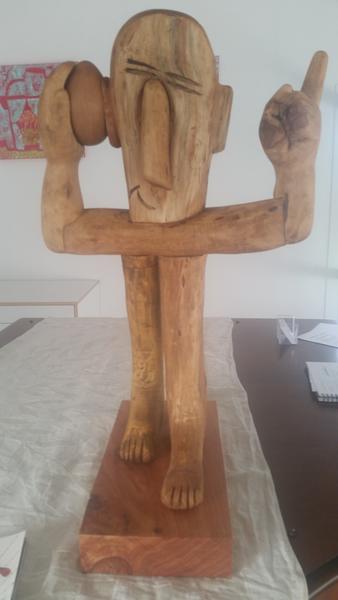 The Curious Egg by Warren Viscoe 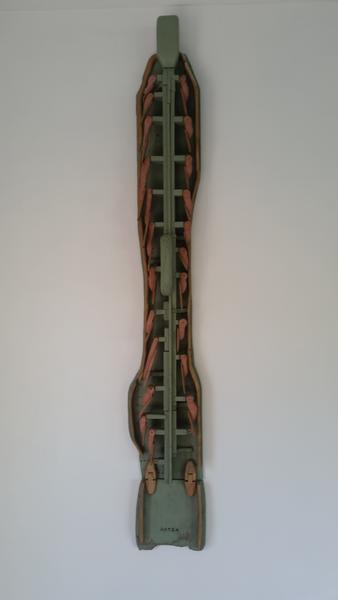 Michael Smither hit the headlines last October when his painting "Sea Wall and Kingfisher 1967" sold for $342,000 at auction - one of the highest prices paid for a work by a living artist.

He and fellow octogenarian artist Warren Viscoe are about to open a show together called Two Masters at Auckland's Miranda Gallery.

Warren's wooden sculptures -  including "Portable rivers" and "A sarcophagus for an Eel" - will stand alongside a series of Michael's portraits.

Lynn Freeman asked Michael and Warren if they're old friends as well as being masters of their respective crafts.

2.38 Love during the Vietnam War 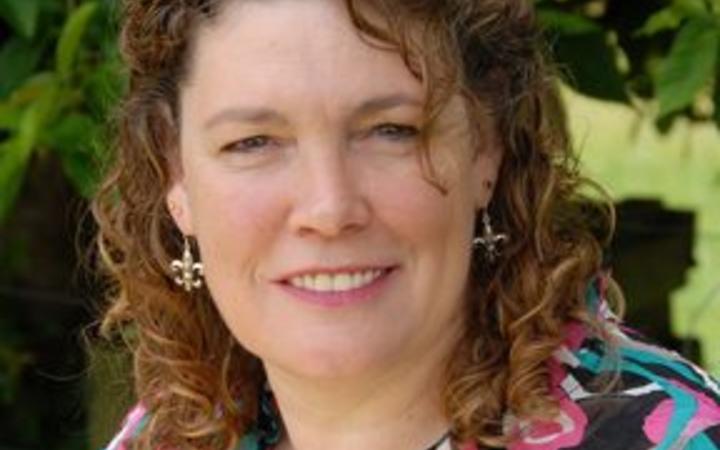 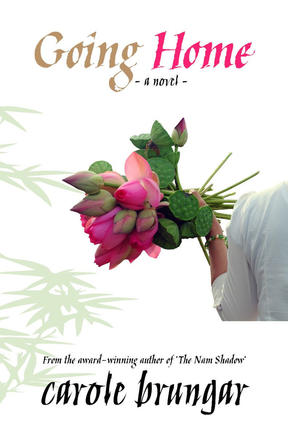 Ronnie, a New Zealand nurse, volunteers to work at a South Vietnamese hospital for a year.  She meets Joseph, an American pilot and their war zone romance survives the chaos - for a while.

This is the theme of Levin writer Carole Brungar's trilogy of novels, set during the Vietnam War.

Going Home is the third and final book, after The Nam Legacy and The Nam Shadow.

In her research Carole discovered that the Vietnamese people had a lot of respect for the New Zealand medical teams - particularly the nurses.

Lynn Freeman talks with Carole Brungar about love and an often controversial war.

2:49 Helen Moulder is taking it to the street 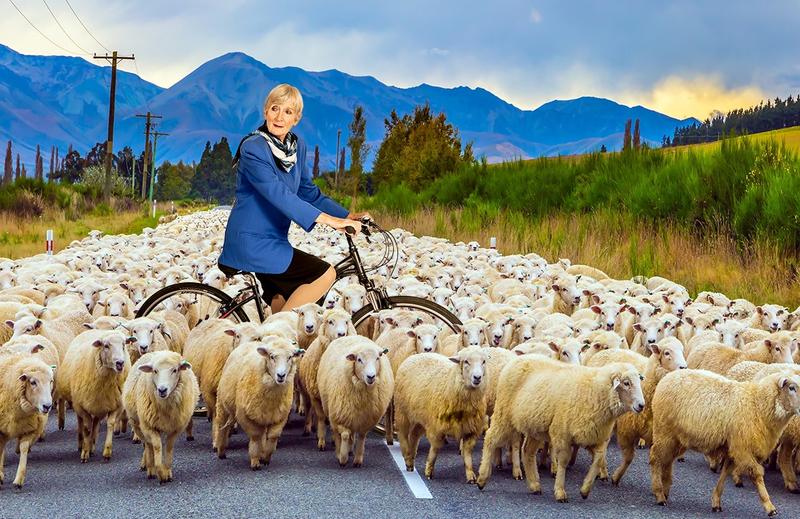 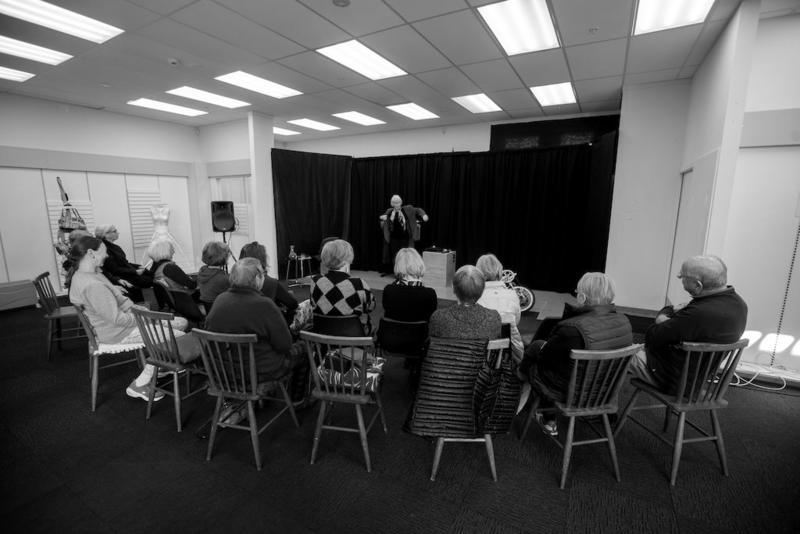 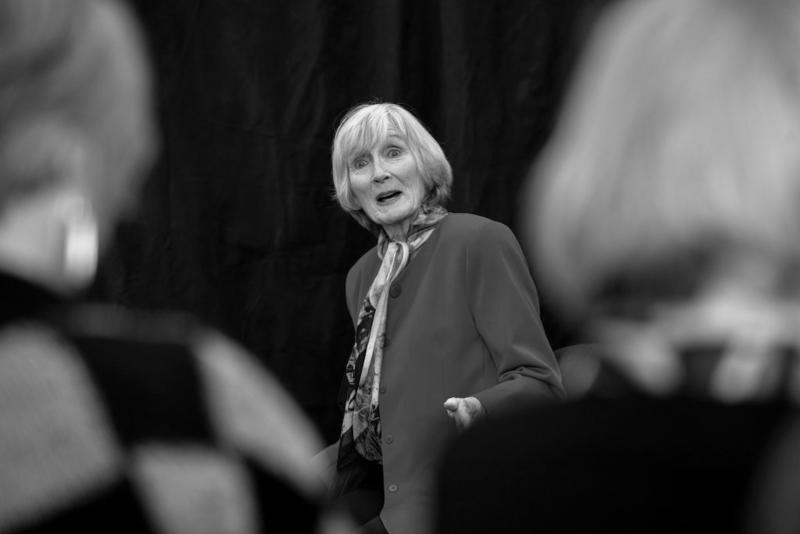 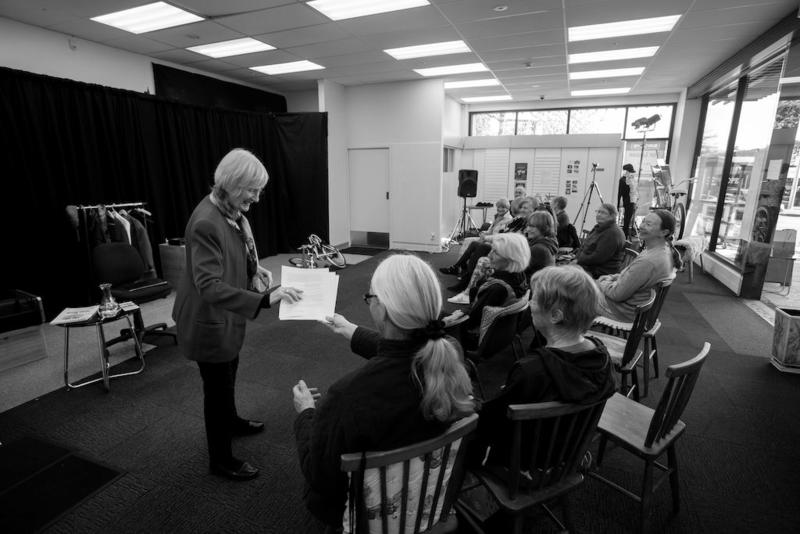 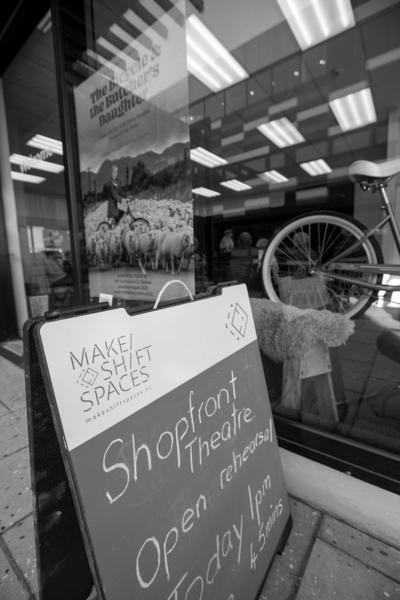 Nelsonians are able to see a work in progress in a shopfront, as actor Helen Moulder rehearses her new solo play, The Bicycle & the Butcher's Daughter in an empty retail space.

The Shopfront Theatre is billed as Nelson's newest - if temporary - performance space.

It's a clever use of an unused building that's co-ordinated by a group called Make/Shift Spaces, which helps artists and community groups use the city's vacant retail spaces for a range of projects.

Helen Moulder talks to Lynn Freeman about The Bicycle and the Butcher's Daughter, co-written by Sue Rider.

First, it's the conclusion of the political comedy The Buzz by Peter Bell, featuring Minister of Education Dick Costello, and his assistant - and "Teacher of the Year" - Beth Wilson.

After that, Harden up Miss Havisham, by Christine Cessford.   Sandy is writing an essay about Great Expectations' Miss Havisham as she prepares for her impending wedding.  As Sandy tries to cope with her mother and her best friend, she realizes that getting married may not be the best option for her at all.

Harden Up Miss Havisham was one of the winners in the Radio New Zealand's 2011 New Shorts short play competition.

Artist: The Band
Song: When I paint my masterpiece
Composer: Dylan
Album: To Kingdom Come
Label: Capitol
Played at: 3.58