On Standing Room Only, social historian Dr Judith Aitken looks back on the hey-day of the typing-pool, the subject of a new book, podcast - and today's music theme.  An arts-oriented web design team - why don't they have their own web-page?  Hard-touring theatre group Trick of the Light takes us behind the scenes of a life on the road, while Lyttelton ceramics artist Cheryl Lucas says it with replica chimneys.

All this plus At The Movies, the Laugh Track and today's Three O'Clock Drama, Michael James Manaia. 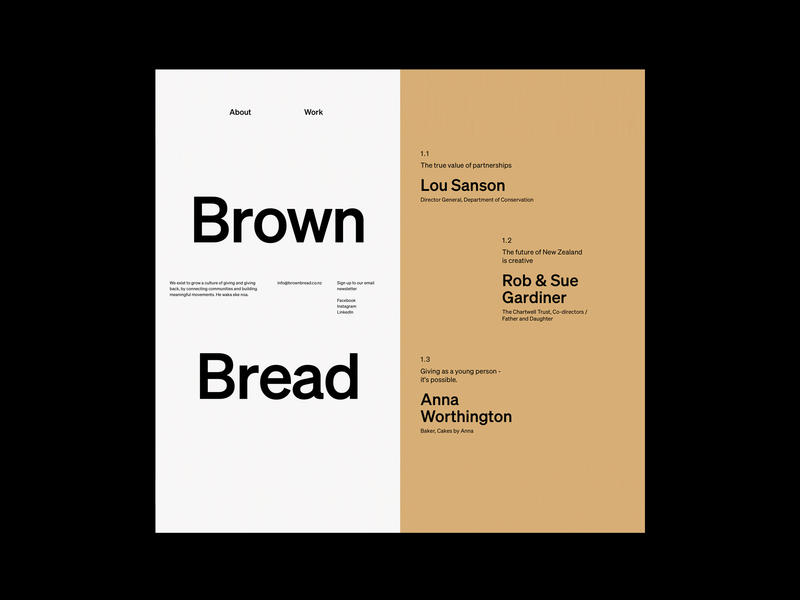 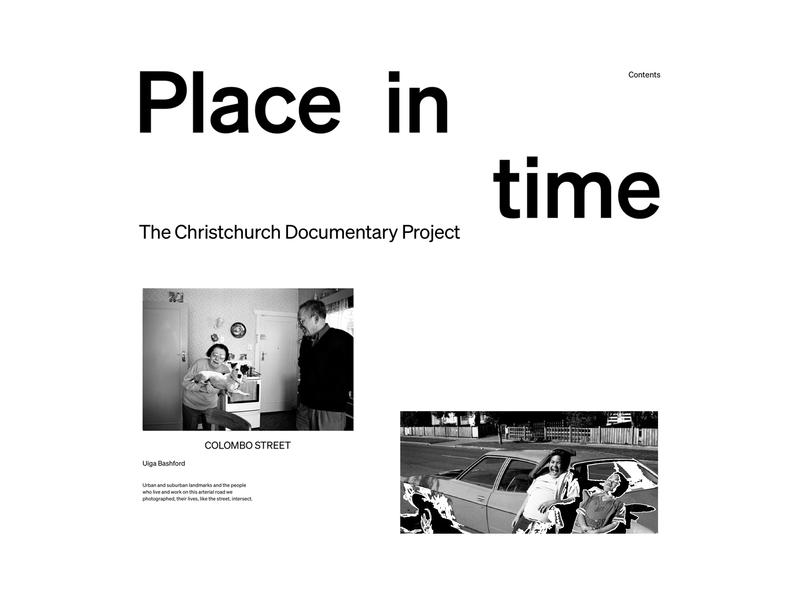 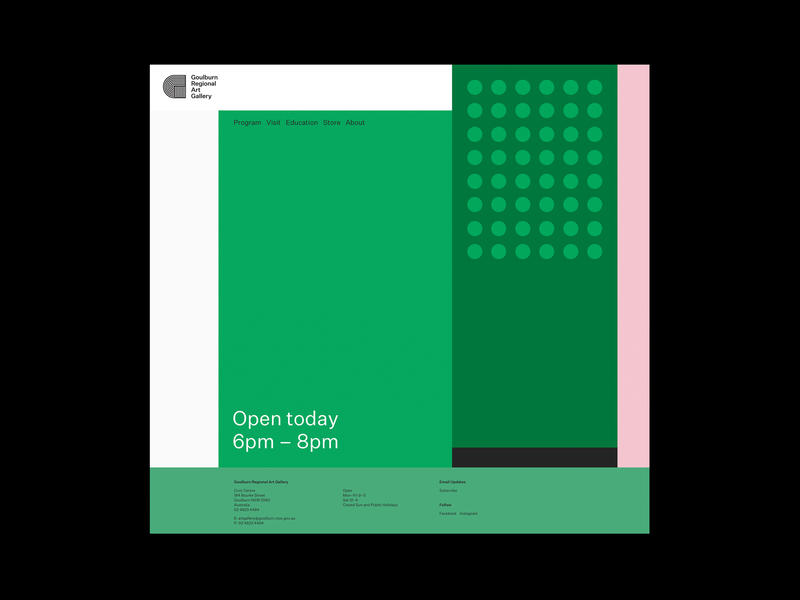 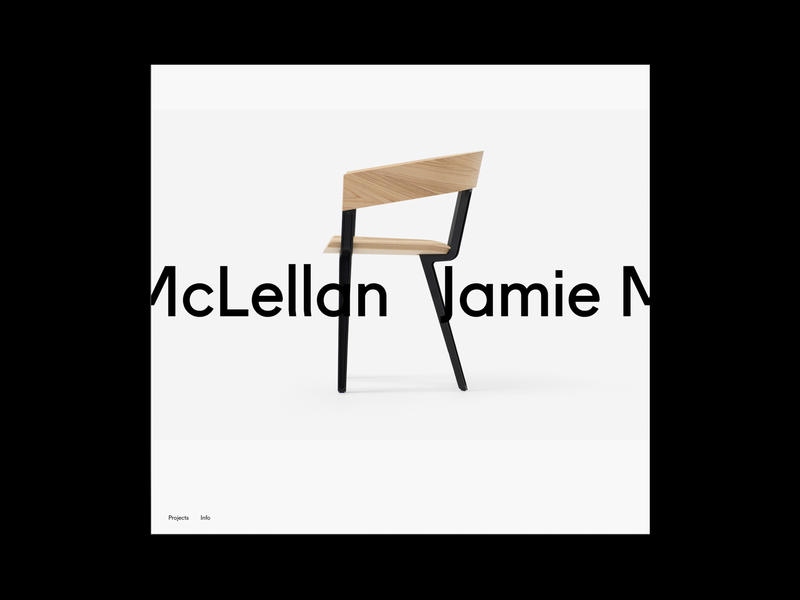 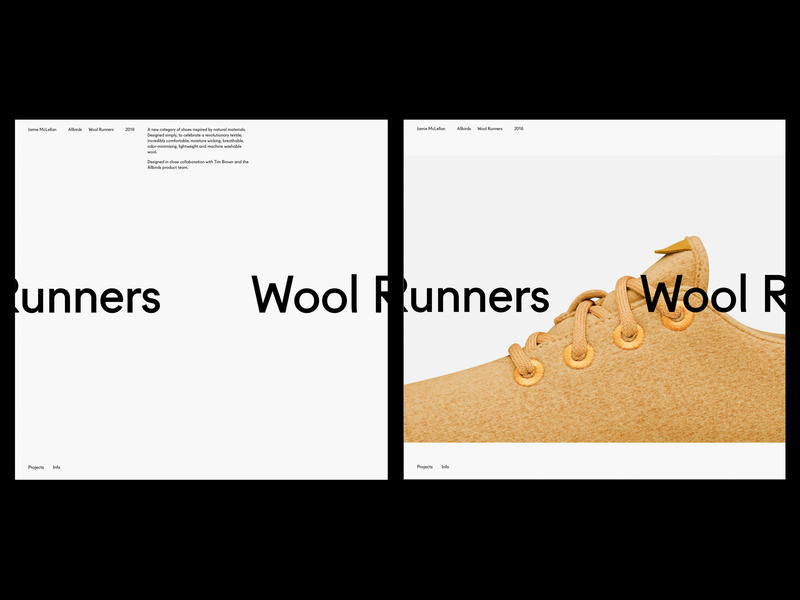 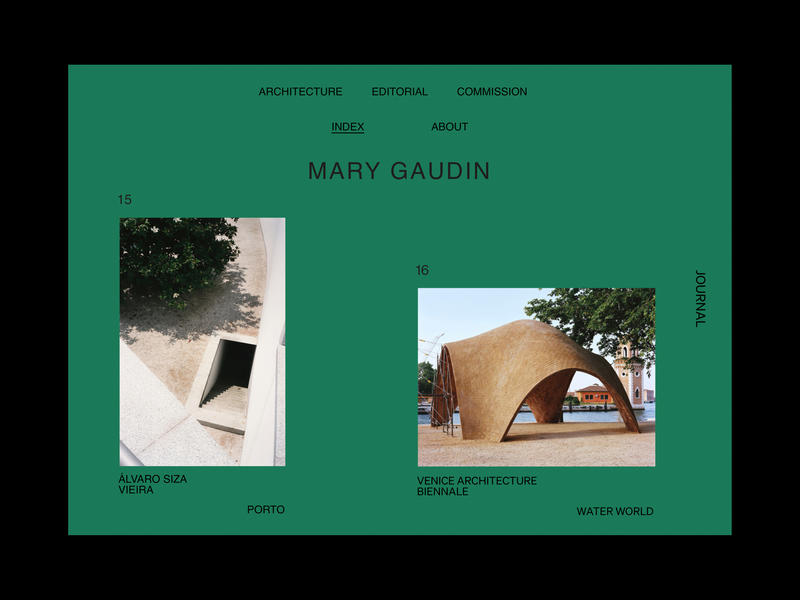 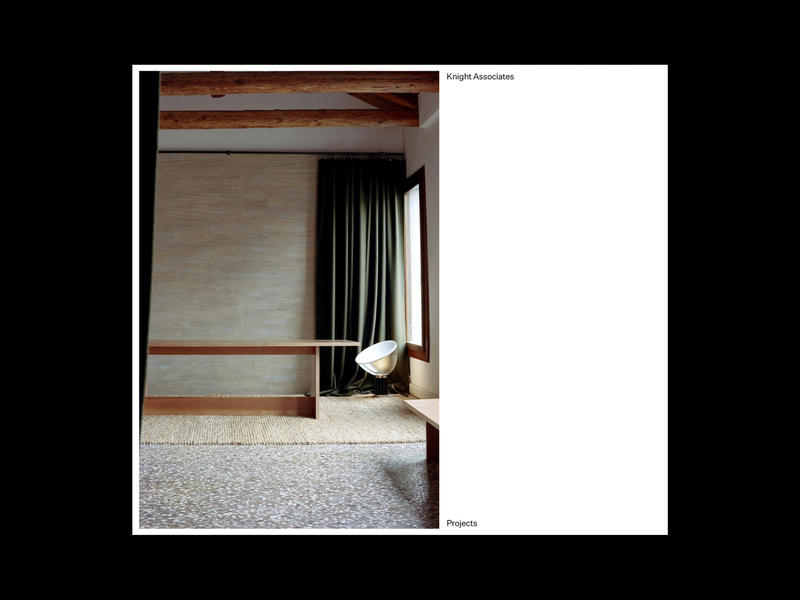 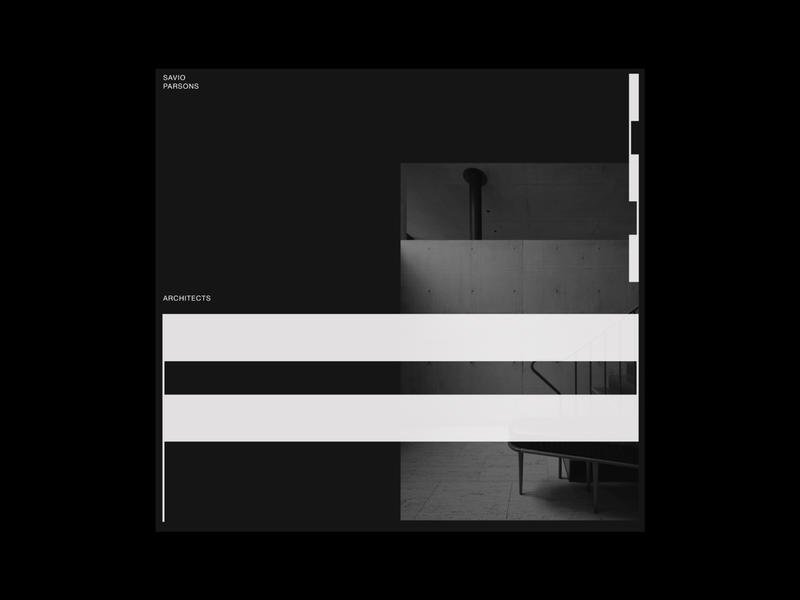 A company that creates websites for many clients involved in the arts here and overseas, doesn't actually have one of its own.

Sons & Co, based in an old shipping warehouse in Lyttelton, is an unconventional digital agency in other ways too.

In fact, founders Matt Arnold and Tim Kelleher almost talked themselves out of appearing on this show - they wondered whether listeners would be interested in their geeky work.

Tim and Matt are guest speakers at Wintec's upcoming Ramp Festival of Music, Media, Arts & Design in Hamilton on the 24th of July. 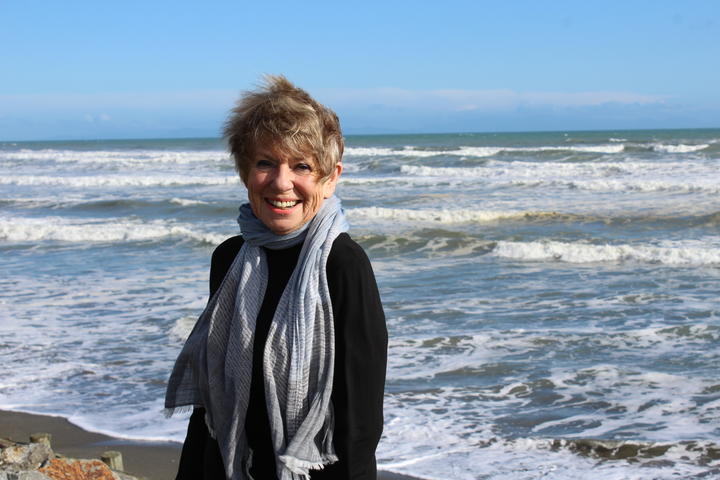 Over the years, thousands of New Zealand women worked in public service typing pools since the 1940s.

"Typing pool" is an obsolete term these days, but government departments and private businesses still depend heavily on secretarial skills - attention to detail, discretion and of course speed and accuracy.

Keystrokes per minute is an oral history project recording the stories of typists - some into their 90s now, and many of them still resentful of the fact their parents pushed them into this line of work.

The Ministry for Culture and Heritage has awarded this project funding from its New Zealand Oral History Awards programme. Once all the interviews are recorded there are plans for a book and radio podcasts.

Dr Judith Aitken of the Keystrokes Per Minute team tells Lynn Freeman it's a fascinating project.

1:33 Life on the road with a successful NZ theatre company 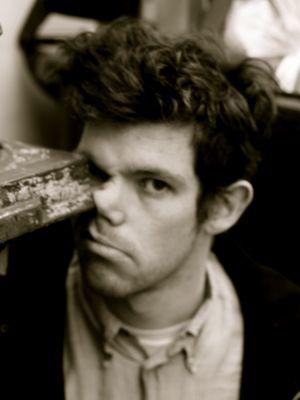 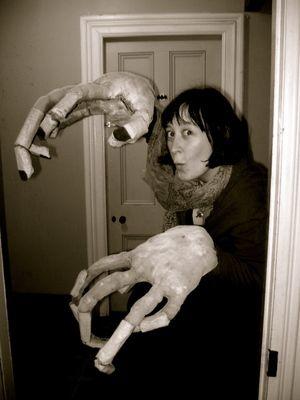 For seven years, Wellington theatre company Trick of the Light has been touring the world with their whimsical, innovative shows like The Bookbinder and The Road that Wasn't There.

These are in such demand that the company spends more than half a year on the road, here and overeas, currently with a show called Troll.

In fact Ralph McCubbin Howell and Hannah Smith are just back in the country after a tour in South Africa, and later this week they're opening Troll in Wellington.

It all sounds rather glamorous.  But Lynn Freeman asks what's the reality of living out of a suitcase and performing in different venues in different places, night after night?

Troll opens at Wellington's Circa Theatre on July the 19th. They're performing The Bookbinder in Napier and Gisborne in September. 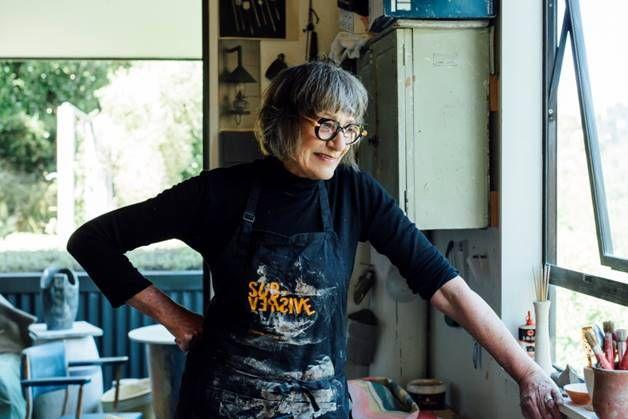 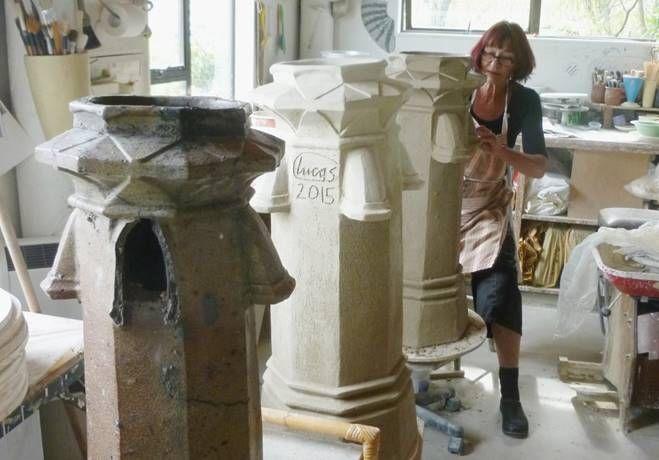 Her big plans include crafting six large contemporary chimney pots and a body of work about rural new Zealand.

The Fellowship is that latest in a string of awards including the Portage Ceramics Merit Award in 2017 and you can find her work in institutions including both the  Christchurch Art Gallery and Canterbury Museum.  Lynn Freeman spoke to her about what the award means to her. 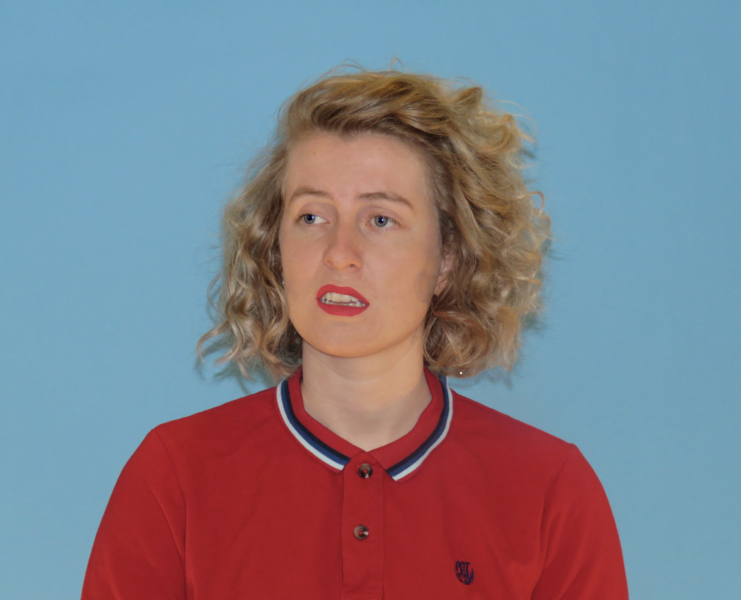 Auckland's Q Theatre are hosting Feminists are funny, a night of comedy, fundraising for a great cause -  the Auckland's Women Centre.  The host is Michelle A'Çourt, and amongst her troupe of fiercely funny feminists are Lana Walters and Ruby Esther, who join Lynn Freeman on the Laugh Track. 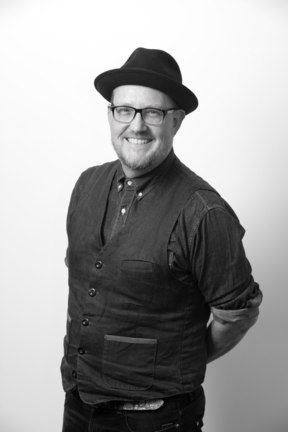 The Australian theatre director in charge of this country's biggest theatrical spectacular - the World of Wearable Art (Wow) - says he's hugely impressed with his Kiwi crew's can-do attitude to any challenges he throws their way.

Andy Packer has to take risks with Wow because after 30 years audiences have seen a lot of jaw-dropping spectacle and it gets harder to impress them.

Andy is the co-founder of Adelaide based theatre company Slingsby, that's toured to 12 countries as well as around Australia, and picked up a cabinet full of awards along the way.

Andy Packer won't share specifics of this year's event other than dropping hints about ancient monuments and ice-caves.

But he talked to Lynn Freeman about Slingsby's success story, and the fact they don't only produce Australian work:

This year's Wow spectacular opens in Wellington in September.

2:38  essa may ranapiri - nonbinary and proud 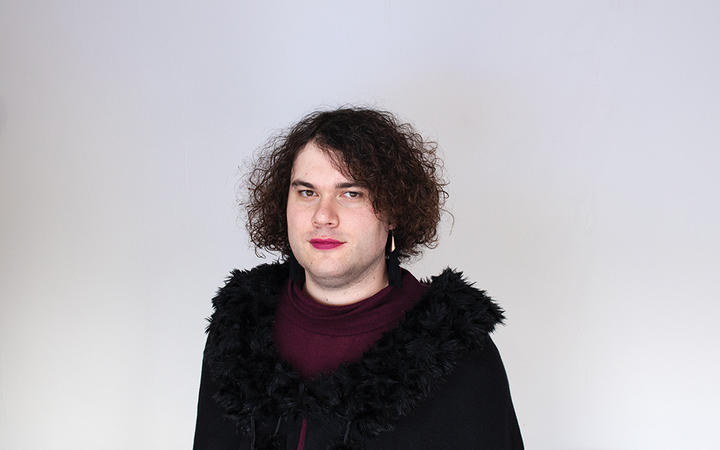 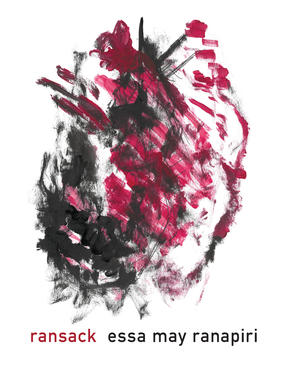 These lines are taken from ransack, a book of poetry by essa may ranapiri, who writes candidly about their life, their observations and their frustrations as a nonbinary individual in a society that may be more aware of the term, but not necessarily what "nonbinary" really means.

The collection is peppered with letters essa writes to a fictional character they relate to - Virginia Woolf's gender-fluid character "Orlando".  Lynn Freeman talks to essa.

2:49 A fired-up generation of activists inspires a new play 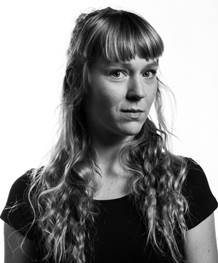 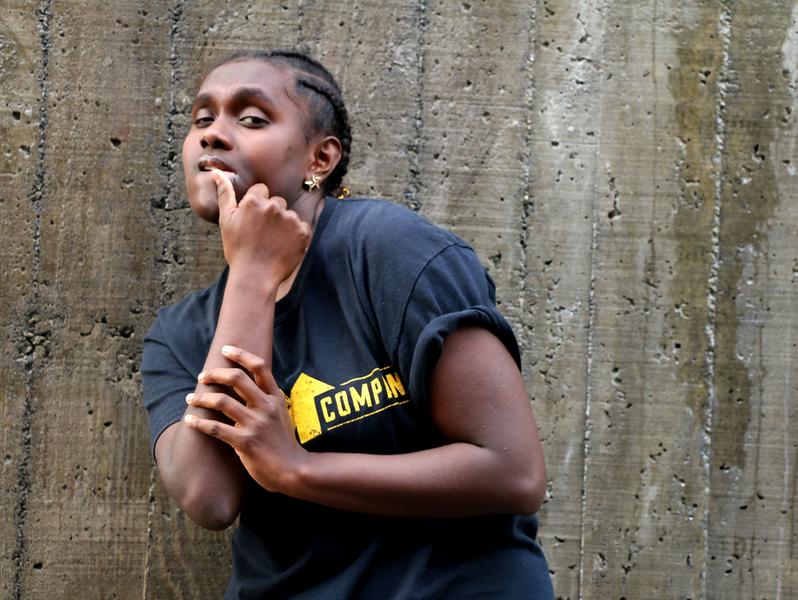 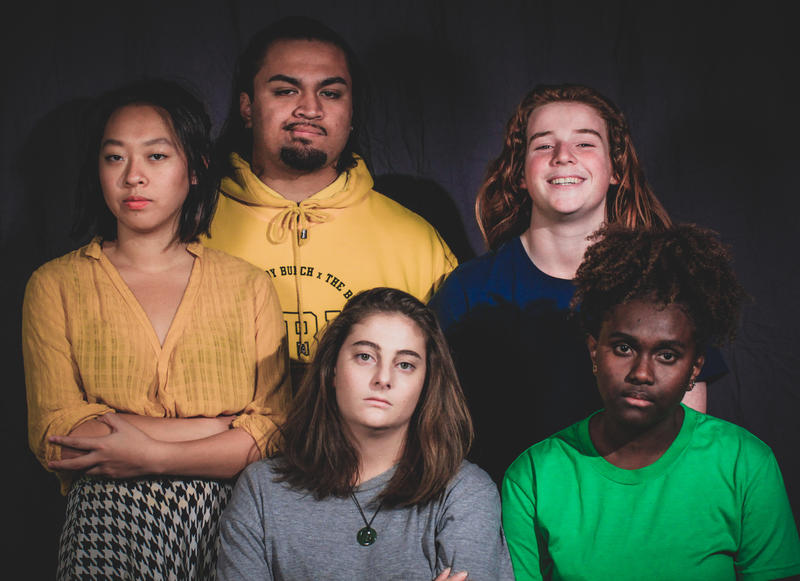 The recent student marches for action against climate change are a recent example of how this generation will take a stand on issues they deeply care about.

It's a timely backdrop for a new play Auckland youth theatre company Massive has commissioned from Wellington writer and Arts Laureate Jo Randerson.

Like A River stars five members of Massive's Nui Ensemble, which was also the starting point for the play's director Stef Fink.

Lynn Fredeman speaks with Stef, as well as to one of the young cast, Elsie Polosovai.

Stef signed up to Sam Scott's Massive Theatre Company almost a decade ago - though she says she got off to a bad start!

Like a River premieres on the 23rd of July at Auckland's Basement Theatre before heading to Whangarei.

Fifty years ago, New Zealand had more than 500 troops in the Republic of South Vietnam.

It was the peak of the Kiwi deployment in the Vietnam war - a war that was unique because of its effects on those who took part.   They suffered not just the horrors of violent warfare, but also the toxic after-effects of powerful chemical sprays that shortened their lives and deformed their children and grand-children. They were also shunned and abused by anti-war advocates when they returned home.

Michael James Manaia is a raw, one-man play that tells the story of a Vietnam war veteran with both Maori and Pakeha ancestry. It won acclaim both for the playwright John Broughton and for Jim Moriarty, the actor who first performed it.