Standing Room Only for Sunday 17 February 2019

This week on Standing Room Only with Lynn Freeman, the theme is "kites" in honour of the Otaki Kite Festival.  We talk to legendary Australian kite designer Tony Rice, then movie north for an historic gathering of the top glass-artists from both sides of the Tasman at the Whanganui Glass Conference.

Film-makers Ainsley Gardiner and Briar Grace-Smith are about to make a film of a novel by Patricia Grace, with a little help from the late, great Merata Mita.  Space artist Julian Priest wants to lighten the data-load on his mini-satellite - and he needs your help, while on the Laugh Track, Irish comedian Mary Bourke's proud boast is she can make you Irish too.

Michala Banas recrosses the Tasman to make an Aussie-Kiwi drama series called Bad Mothers, a festival in Kaikoura invites artists to come to grips with life after the earthquake and we talk to a "sound-sculptor", the distinguished Turner Prize winner Susan Phiipsz.

All this and At The Movies, the Sunday Drama and kite songs by everyone from Kate Bush to Simon Dupree and the Big Sound, this show takes off at 12.30 pm 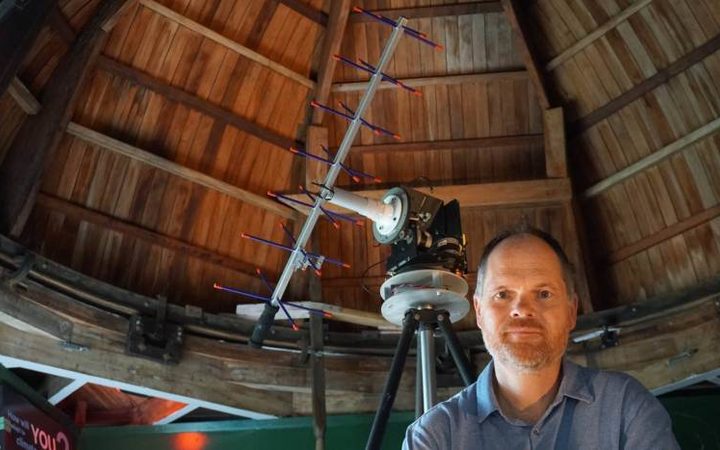 New Zealanders are being asked to rid themselves of data, from student loan invoices and divorce papers to unwanted photos, to help a mini satellite fly higher.

The TWOi 2.0 measures just 2cm x 2cm and after being launched into space, is busy transmitting metadata to a receiver in New Zealand, in the name of art.

The satellite's journey started back in November aboard a resupply mission to the International Space Station.

It's been launched into space - two weeks ahead of schedule but when NASA says go, you go!

The TWOi 2.0 is part of artist Julian Priest's mission to encourage people to rid themselves of excess data. Julian is Experience Wellington's latest Artist-in-Residence, based in the city's Thomas King observatory hosting "meet2delete" events.

Lynn Freeman asked Julian how the project came about. 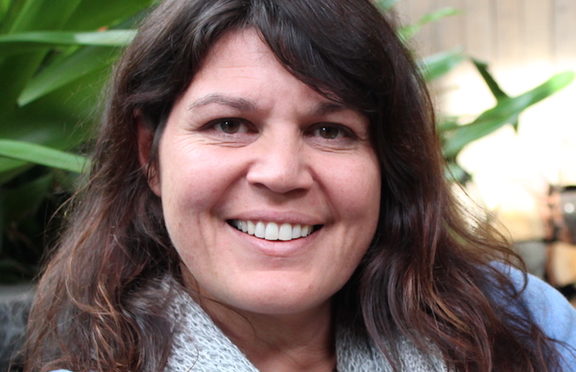 Some 15 years after Merata Mita's plan for a movie based on the Patricia Grace novel Cousins languished, her dream's about to be realised.

Briar-Grace Smith is writing a new script - based on the book rather than Merata's script, but she and producer Ainsley Gardiner are determined to honour the late film maker's vision.

Merata's influence on Patricia Grace's family saga is two-fold.  Briar and Ainsley were awarded the prestigious Merata Mita Fellowship at the Sundance Institute this year - selected from an international field of applicants.

And the grants and mentorships that come with it are proving invaluable as they get ready to roll the cameras on Cousins later in the year.

Ainsley Gardiner is one of our leading film-producers, best known for her work on Taika Waititi's films, but also The Breaker Upperers and She Shears last year.  She's currently woirking on a film called Reunion starring Emmy award winning actress Julia Ormond and directed by Jake Mahaffy for Misconception Films.

I spoke to Ainsley on her return from Sundance to her home in Whakatane. She says she remembers reading the novel Cousins when she was in her 20s:

This week Simon Morris and offers his predictions for the upcoming Academy Awards. 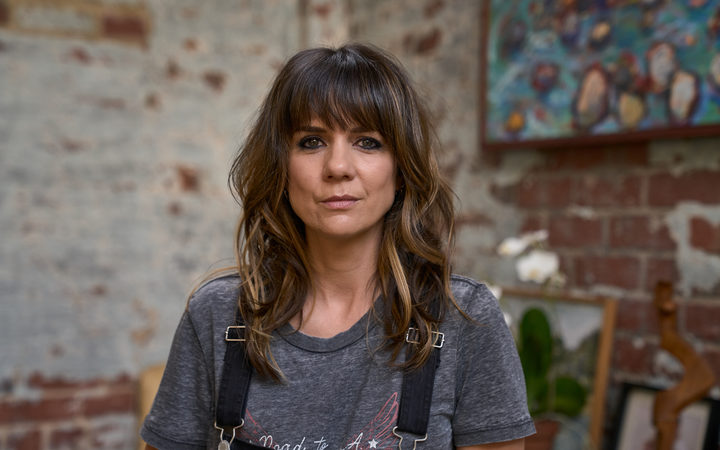 The latest TV series created by veteran New Zealand writers Rachel Lang and Gavin Strawhan looks at what they call the underbelly of modern motherhood - with a murder thrown in for good measure!

Bad Mothers is an Australian production, but Rachel and Gavin are best known for New Zealand series like Outrageous Fortune, Go Girls and Trivial Pursuit.

One of the Aussie stars of Bad Mothers also has a Kiwi connection.  Michala Banas plays Jesse, an electrician who left her former partner Maddie and their baby when things got boring.

Michala's got more than 40 stage and screen appearances to her name and numerous awards.  Lynn Freeman asked her what she looks for in a script - especially given what she's learnt from her father about writing for TV. 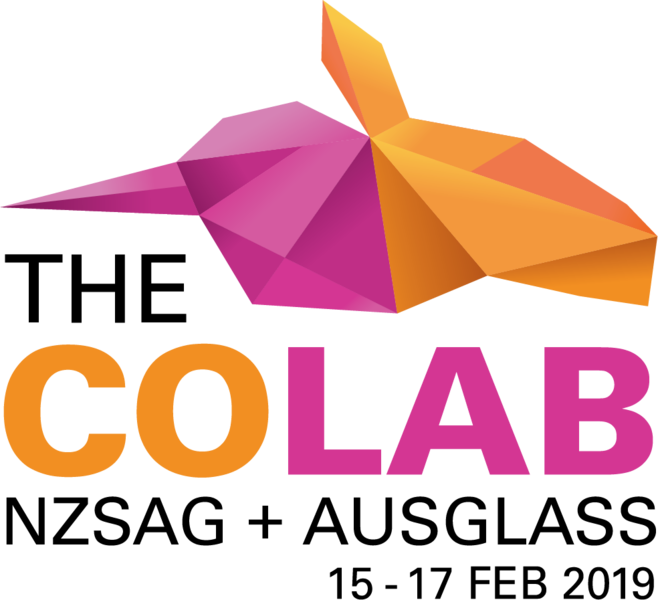 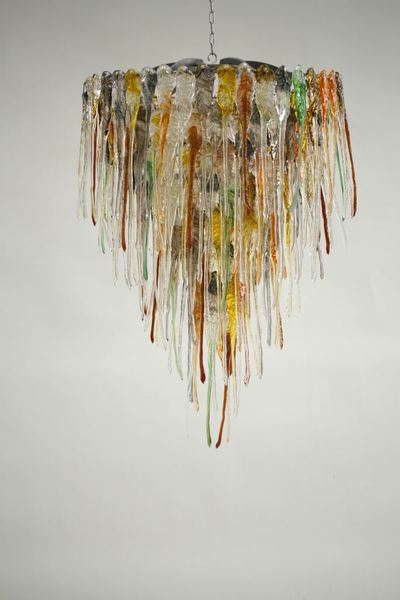 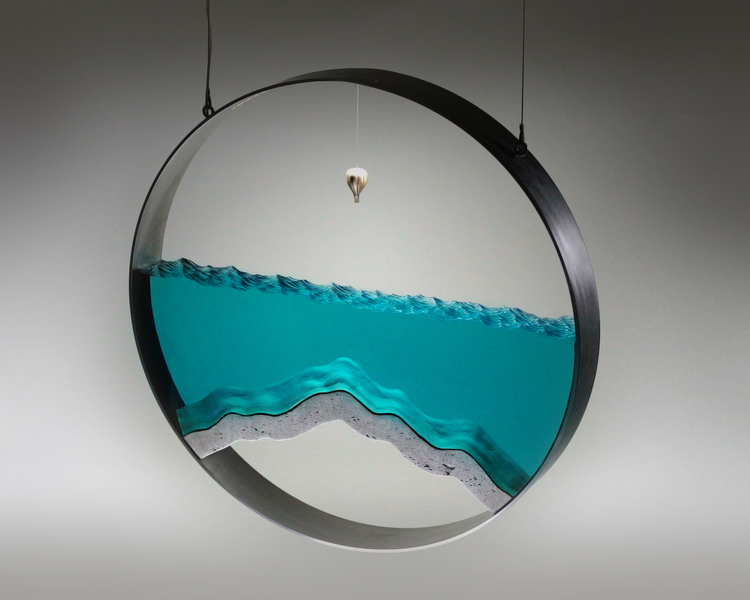 Ben Young: Blowing in the wind 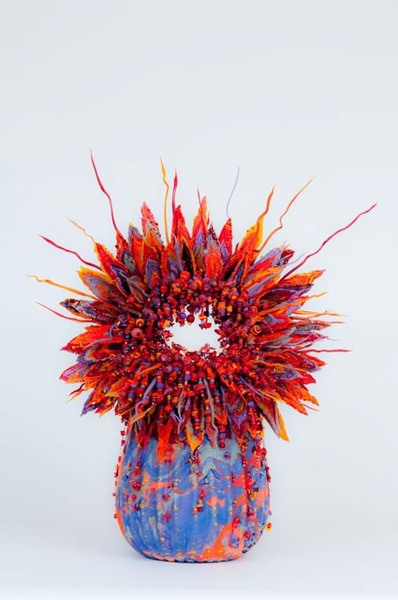 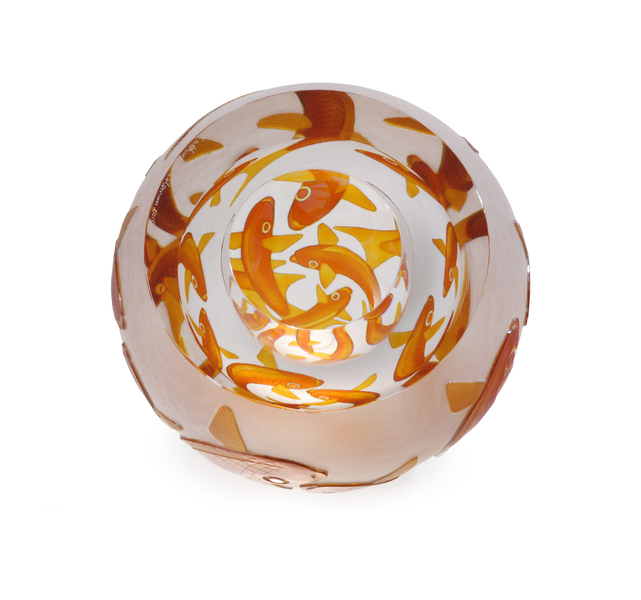 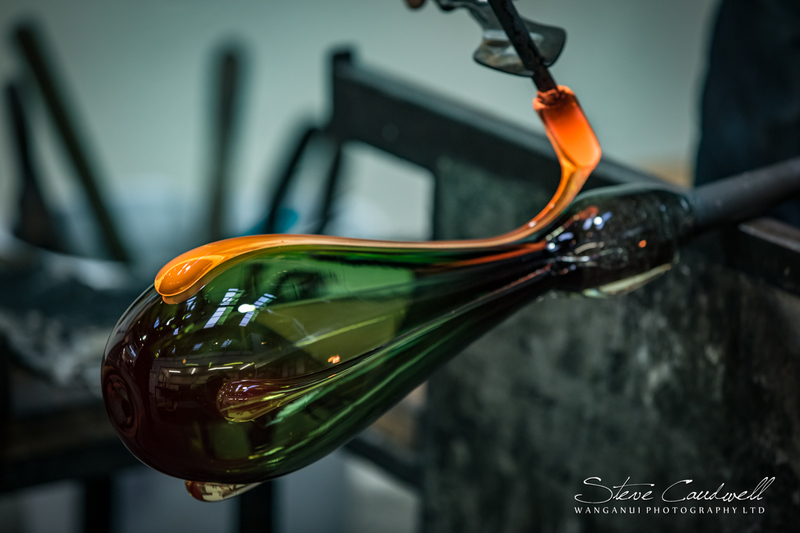 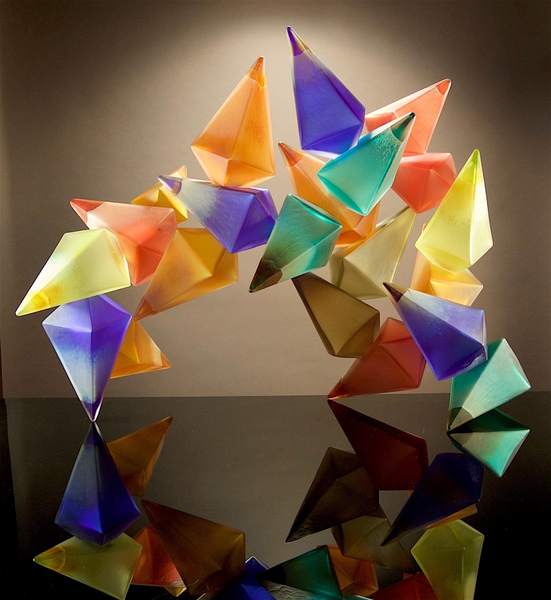 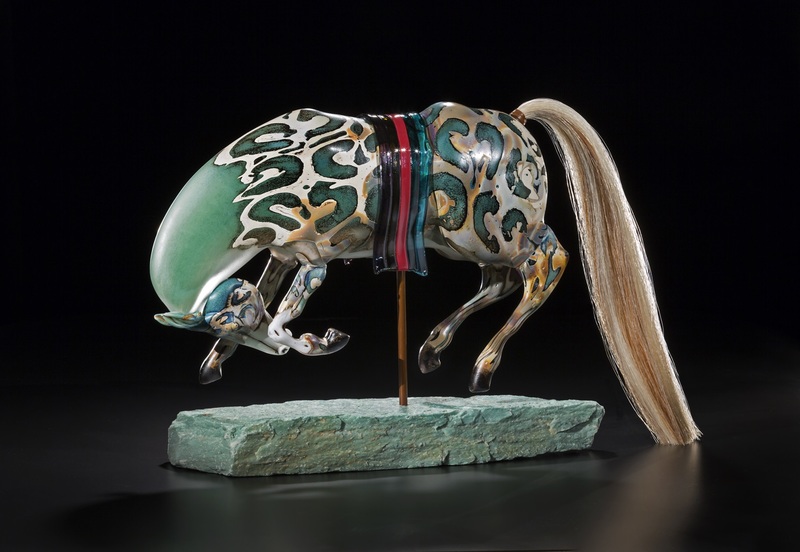 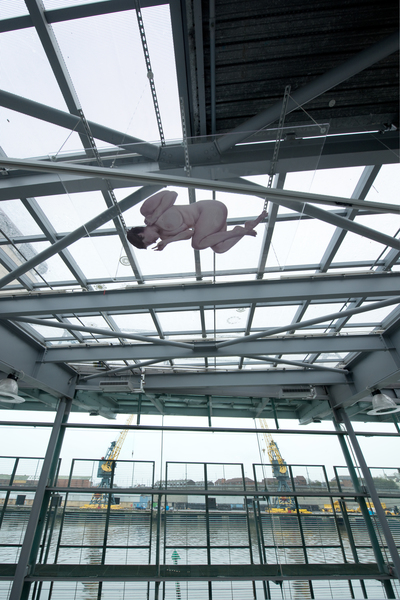 For the first time, New Zealand and Australia's glass societies are holding a combined conference - and Whanganui, this country's glass art hub, is hosting it.

The CoLab (short for Collaboration) conference has brought together more than 150 delegates from around the world, and glass artists from the both sides of the Tasman, for discussions and workshops.

Lynn Freeman talks with Kate Nixon, the President of Ausglass, and Heather Olesen, the past President of the NZ Society of Glass Artists. 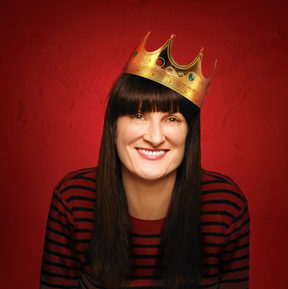 There's something about the Irish, particularly on-stage.   We all love Irish singers, dancers, poets and comedians.  And deep down we'd love to be Irish - particularly on St Paddy's Day.

Think it's impossible?   Not necessarily, according to Irish comedian Mary Bourke.  Her new show I can make you Irish is about to get its world premiere as part of the Auckland Fringe Festival. 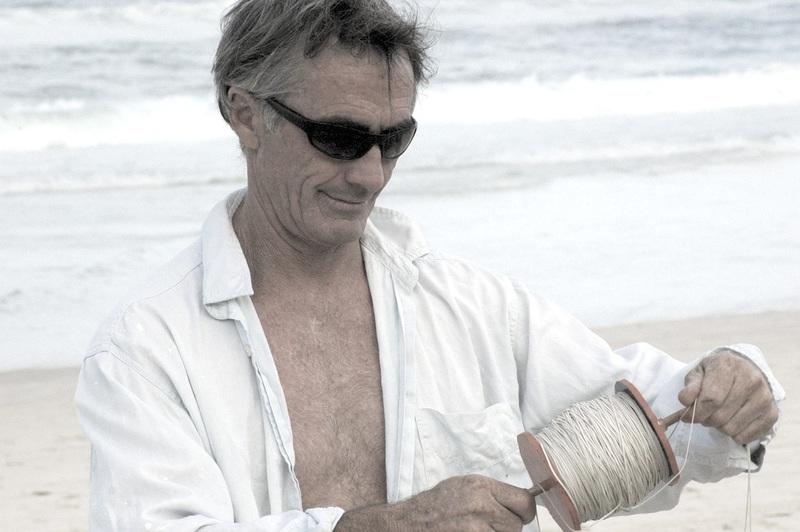 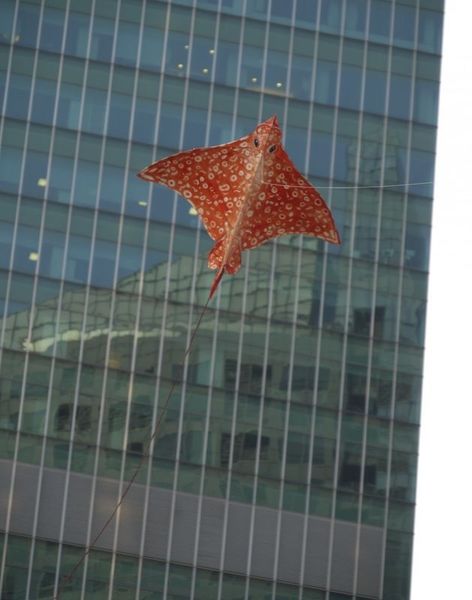 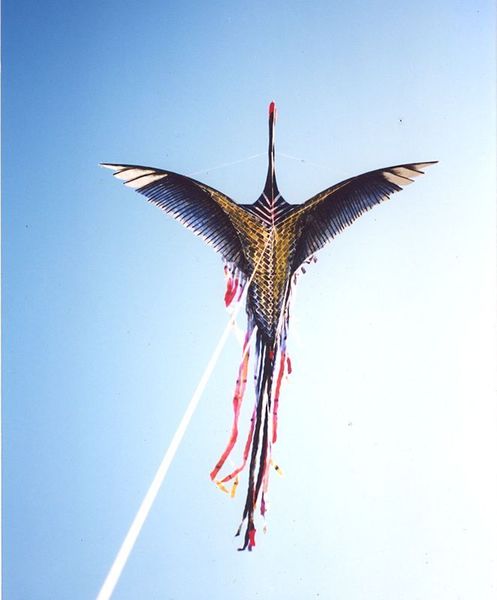 This weekend Otaki 's skies are filled with works of art - kites that have taken their creators many hours to build and decorate.

They include flying canvases by one of Australasia's most famous kite makers, Tony Rice.

Tony's a regular visitor to the Otaki Kite Festival, and he's taking workshops to encourage more people to take up kite making - something he says is struggling to attract young people.

Tony's a traditionalist in his choice of materials, and, as he tells Lynn Freeman, he's increasingly using his kites to spread the word about plastic pollution and the harm it's causing marine life. 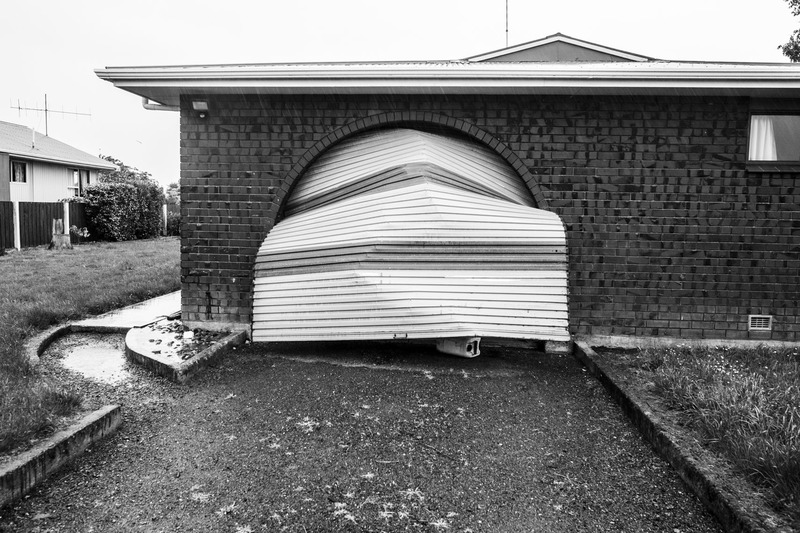 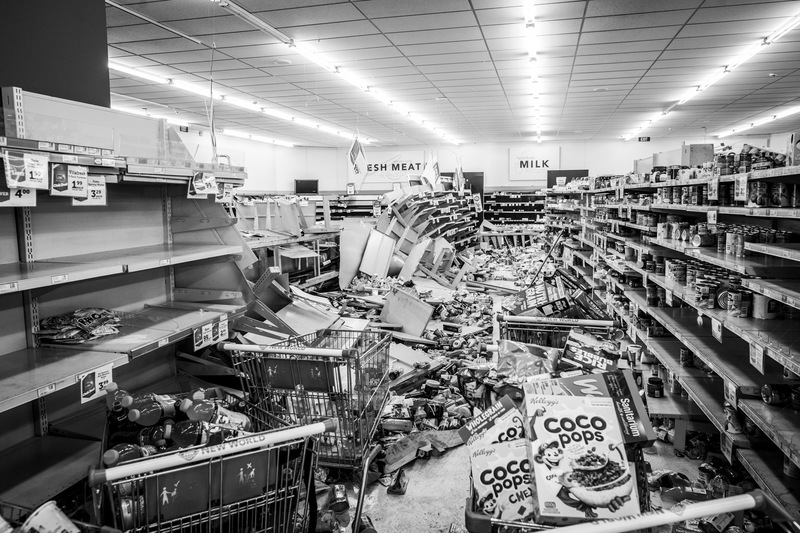 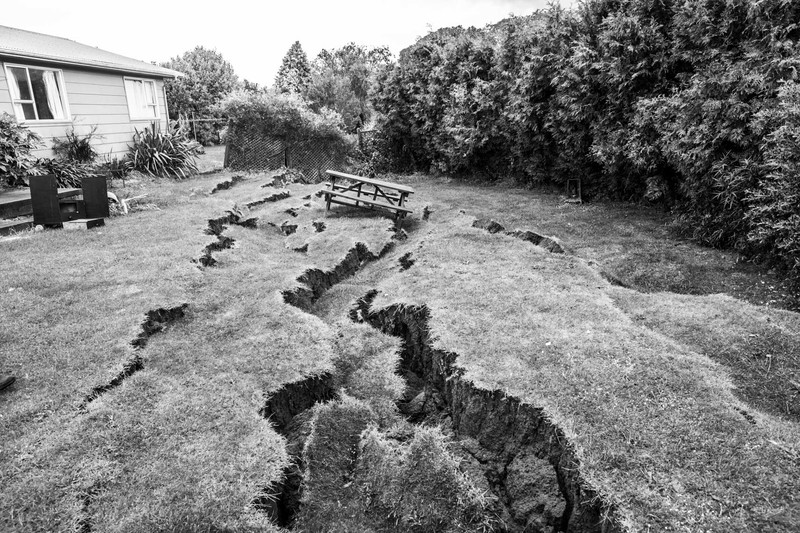 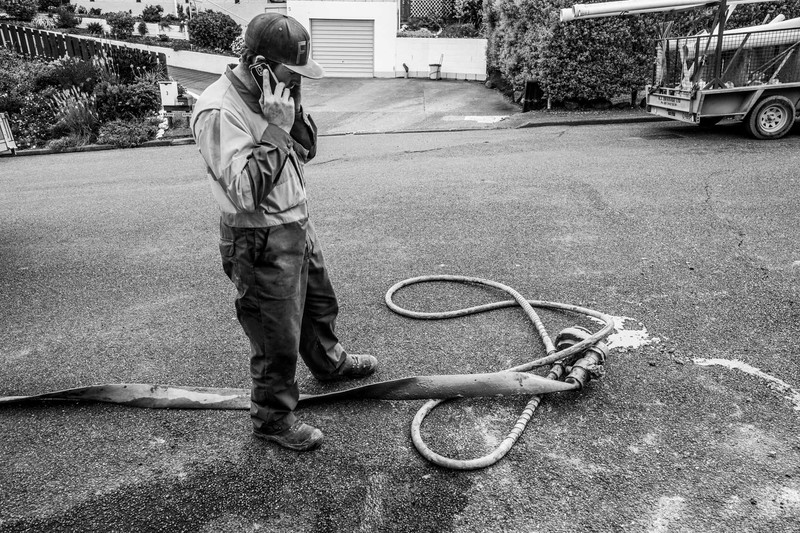 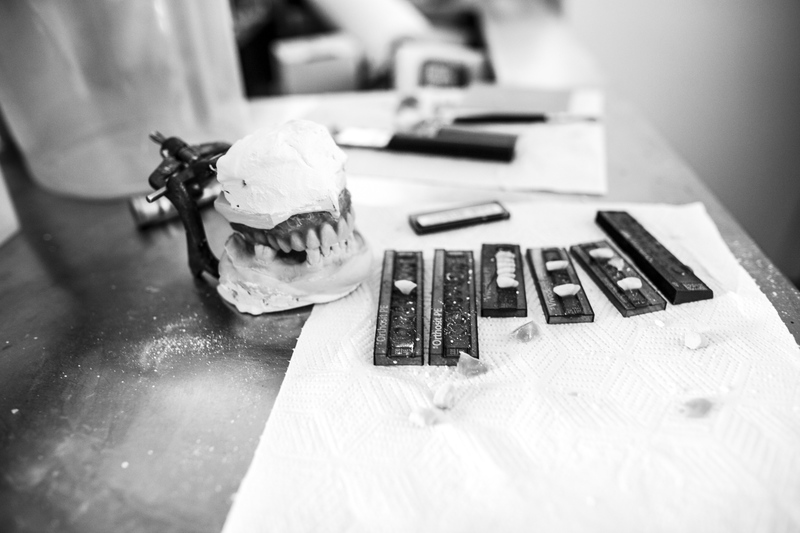 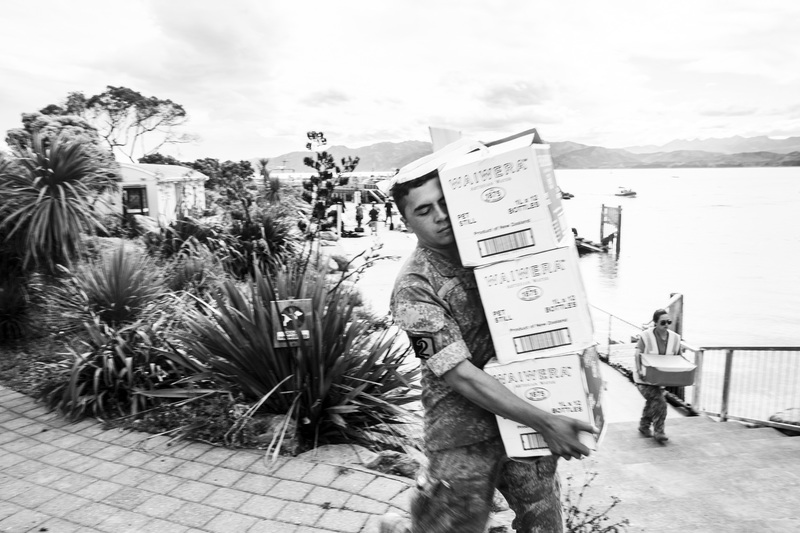 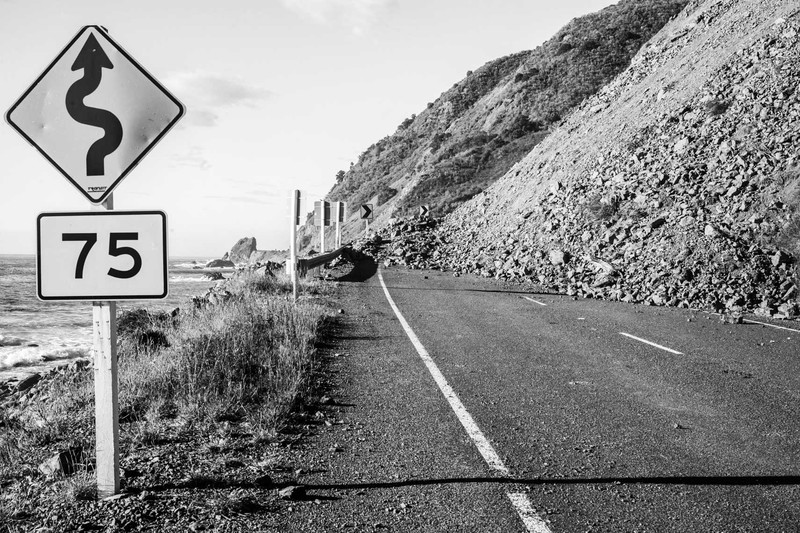 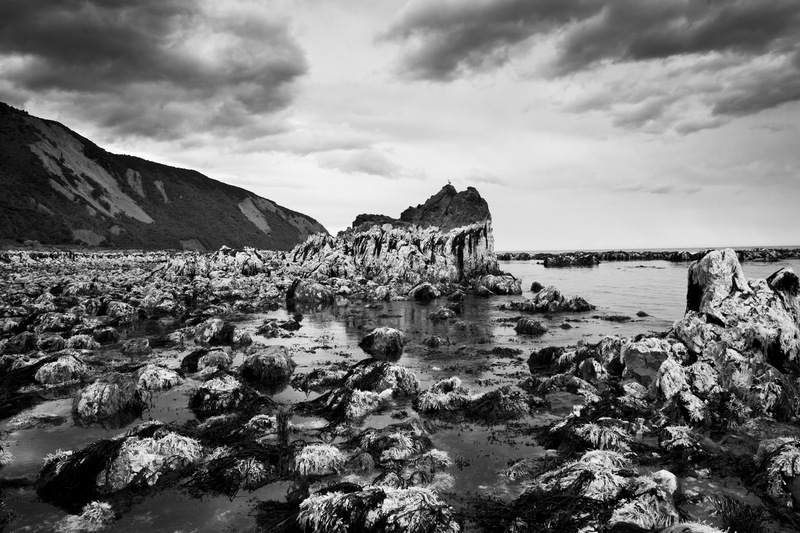 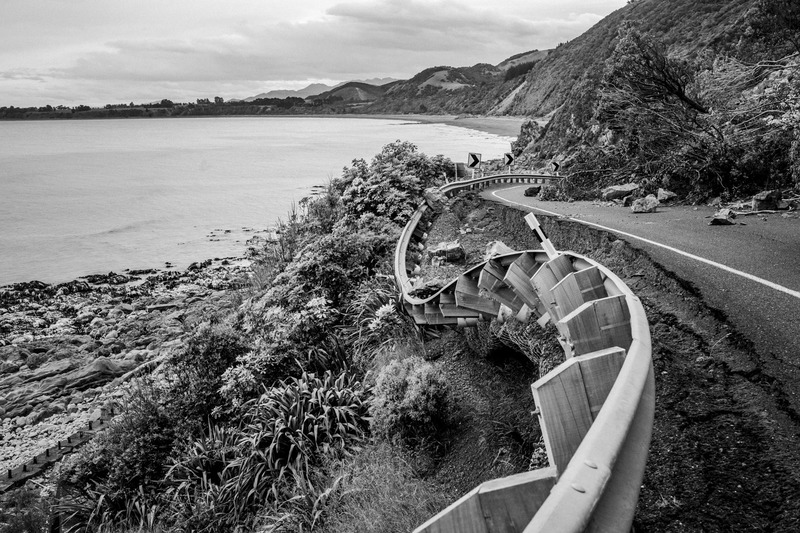 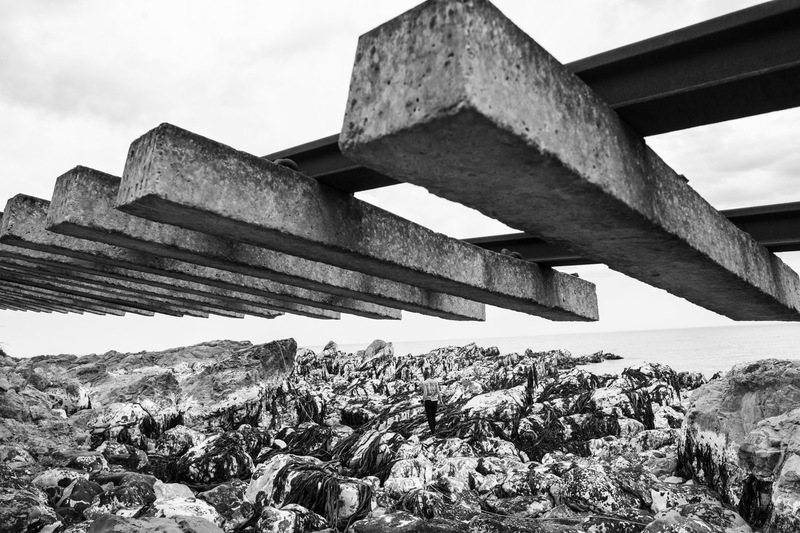 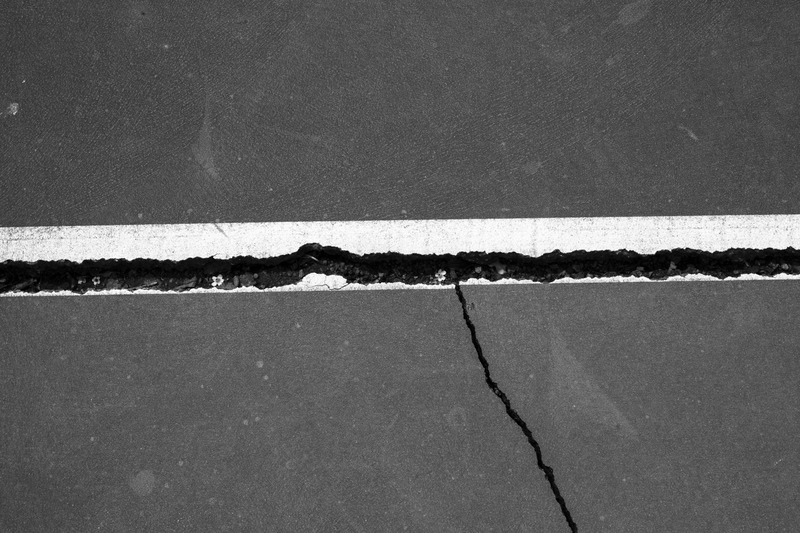 This week Kaikoura is hosting an arts festival that brings together artists from New Zealand, the wider Pacific and Japan - all places that have been hit by earthquakes and other natural disasters.

It's called Shared Lines,  and through exhibitions and workshops, artists share stories of their experiences and how they responded to these life-changing events.

One workshop involves local photographer Dan Kerins, whose black and white images documenting the aftermath of the November 2016 Kaikoura quake were shown around the country.  They include buckled roads and trashed shops -  but also people just trying to help out as best they can.

Dan tells Lynn Freeman he had to search his damaged house to find his camera the morning after the quake had struck: 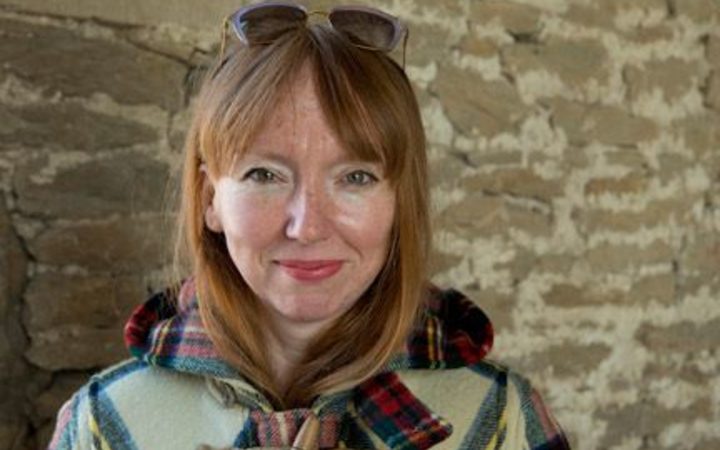 Over a supermarket loudspeaker, at a train station and under bridges - these are some of the locations where Turner Art Prize-winning artist Susan Philipsz has performed and recorded sound for her art installations.

The "sculptor in sound" as she calls herself often uses her own singing voice in her recordings.

When she won the Turner Prize in 2010 it was the first time a sound work had been nominated.  Her piece, "Lowlands", comprised three versions of a 16th-century Scottish lament, recorded under three bridges.  There's a video of the work on our webpage.

The Scottish artist has long been Berlin-based, but she's currently in Wellington after installing her latest work, White Flood.

It's a 12 channel sound installation and HD film that explores the legacy of 20th century  German-Jewish composer Hanns Eisler, and using footage from a documentary for which he wrote the score.

Lynn Freeman asked Susan if sound-art installations are more common now than when she took out the Turner Prize.

Susan Philipsz' work is part of Passages that's on at the Adam Art Gallery in Wellington. She's giving a public talk there on February 18.

Our feature this week is the play which won the 'English as a First Language' category in this year's International Playwriting Competition run by the BBC World Service in conjunction with the British Council and The Open University.

By God's Mercy is a comedy which deals with the harsh reality of the Cape Flats township in South Africa. The central character, Mercy, is a woman of great spirit and compassion.  But as time passes she's forced to make some difficult and far-reaching decisions in order to feed her family, buy medicines for her husband and fund her daughter's education.

Artist:  Eddie Izzard
Song: Being for the Benefit of Mr Kite
Composer: Lennon-McCartney
Album:  Across The Universe soundtrack
Label: Interscope
Played at:  2.04