Standing Room Only for Sunday 16 December 2018

So long, farewell, haere ra... It's your last weekly national arts and culture fix of the year this Sunday and we've got interviews with two key figures in the arts who've leaving important posts - so its only appropriate that our musical theme is 'ways to say goodbye'. Esther Cahill-Chiaroni is stepping down as Executive Director of Script to Screen and Christian Penny leaves directing Toi Whakaari New Zealand Drama School. He discusses the profound changes that have occurred there in bringing tikanga Maori into arts training. First up though after 12.30pm Sarah Caldwell-Watson is involved in a London programme getting art by homeless people onto the walls of the city's cafes, who says it could easily work over here. On At The Movies after 1pm Mortal Engines, and we bid adieu to creative couple dancer Lucy Marinkovich and saxophonist Lucien Johnson who head to the Big Apple on the Harriet Friedlander New York Residency. On the Laugh Track after 2pm we have one of Australasia's most experienced directors of circus Mike Finch, we talk to Sarah Graham about programming at Auckland's Q Theatre, Amrita Hepi an overtly political choreographer, dancer  and filmmaker who weaves her twin Aboriginal and Maori heritage into her work and Canadian violinist Nikki Chooi. Our featured writer is Majella Cullinane who on top of a new book of poetry has just published her first novel which she started writing whilst a Burns Fellow in Dunedin. After 3pm our drama is Allen O'Leary's Weightless. 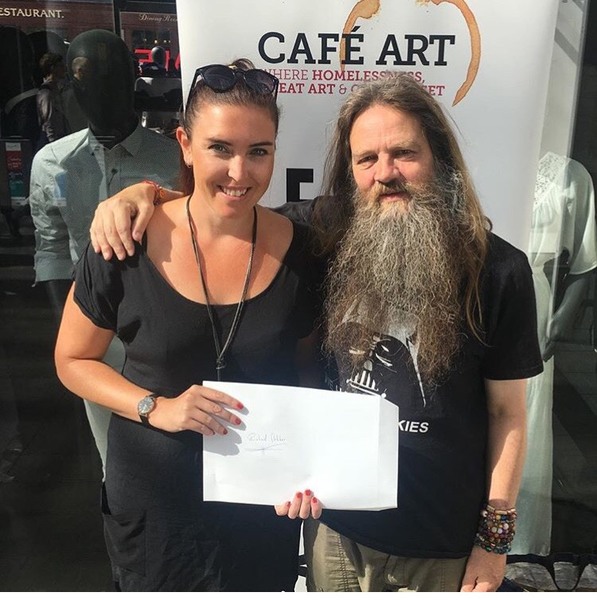 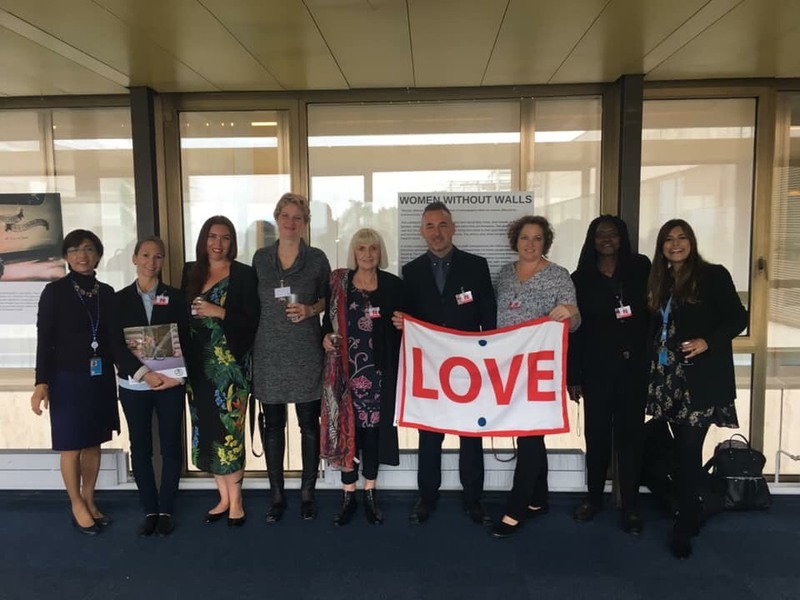 Cafe Art team and friends at the opening event for the UN Women collaboration. 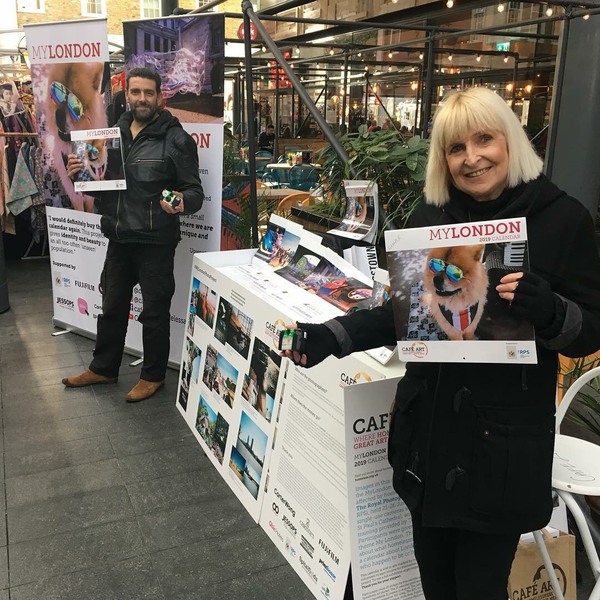 A New Zealand woman involved in a London programme getting art by homeless people onto the walls of the city's cafes, says it's an idea that could easily work over here.

Sarah Caldwell-Watson is the Exhibitions & Development Manager for Café Art - a social enterprise project that frames the artwork of people attending art sessions run by London homeless sector organisations, then sells the art through cafes.

The organisation also puts out a calendar of photos taken by homeless people of parts of the city most Londoners and visitors would never otherwise get to see. Sarah started as a volunteer before taking on the management role last year. 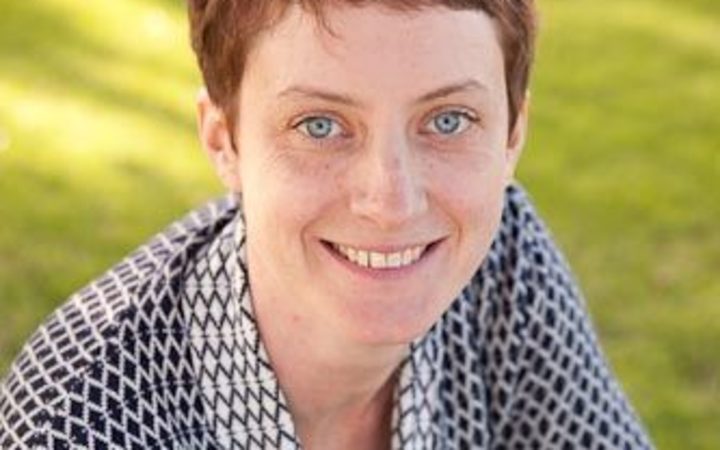 Filmmaking in New Zealand is a very tough gig. Our size means money's tight and competition is intense for funding and support especially for new film makers.

A champion of new talent Esther Cahill-Chiaroni is leaving her job as Executive Director of Script to Screen, though she won't be lost to the industry. The organisation offers workshops and other practical support for filmmakers.

Since taking on the role in 2010,  Esther has been heavily involved in talent development programmes and the organisation now has an alumni of well over 100 filmmakers. Jackie Dennis will be taking over from as Script to Screen's Executive Director.

In the penultimate show this year,  Simon Morris introduces a typical trio of films – one blockbuster, one small film aimed at an older audience, and one award-winning art film – from Mexico this time. 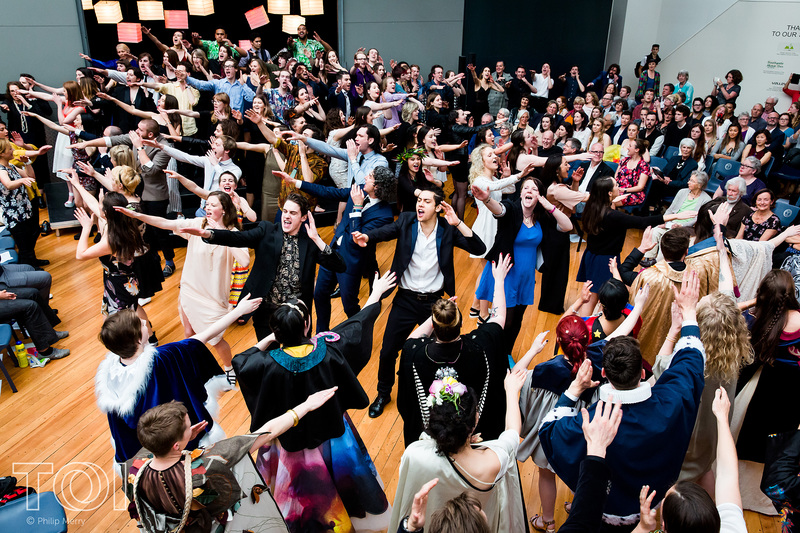 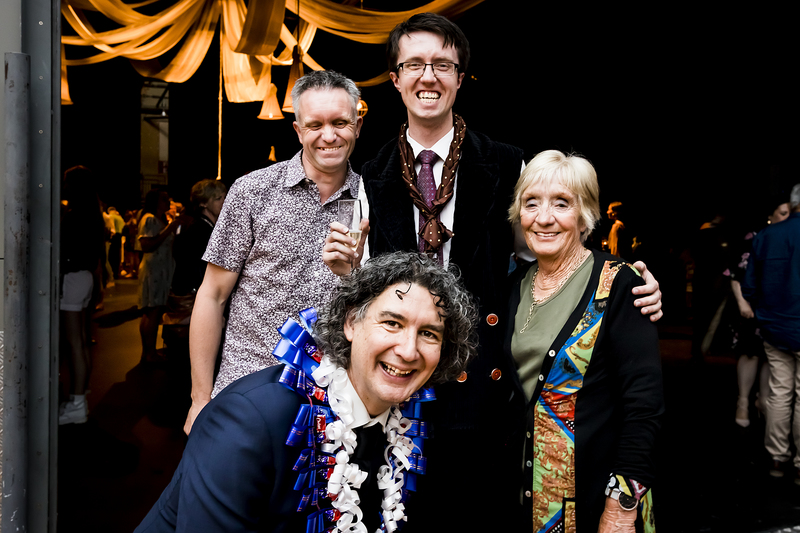 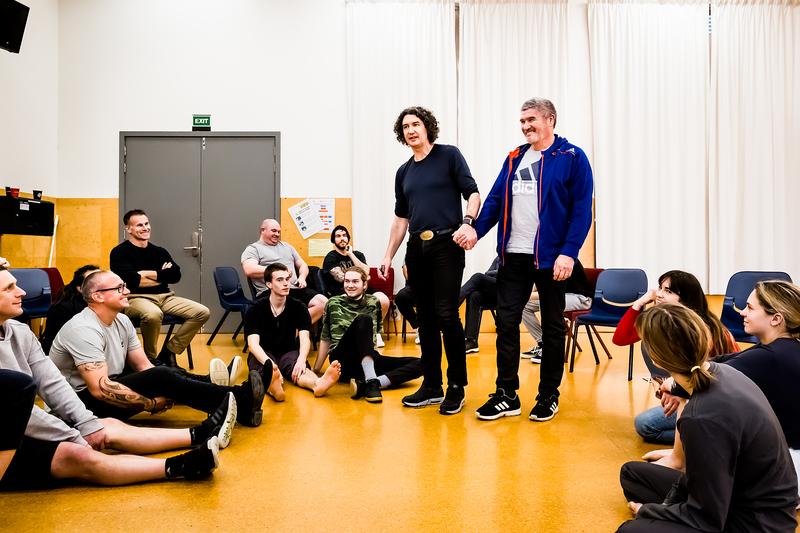 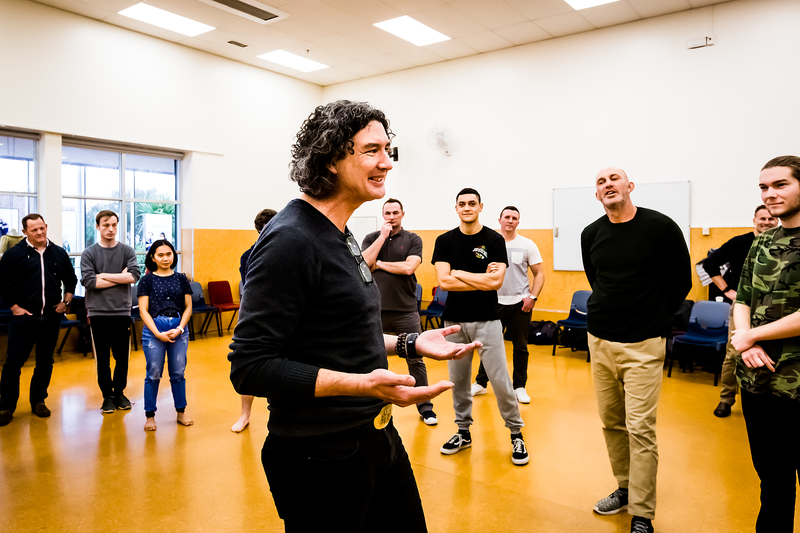 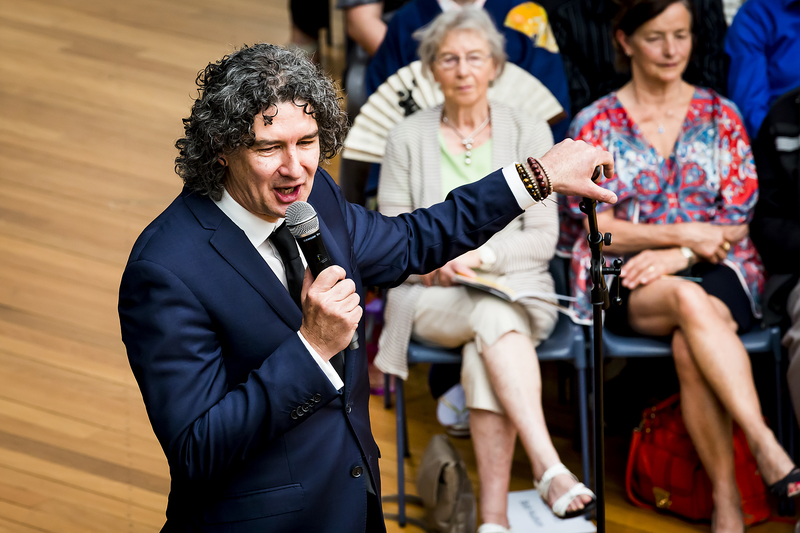 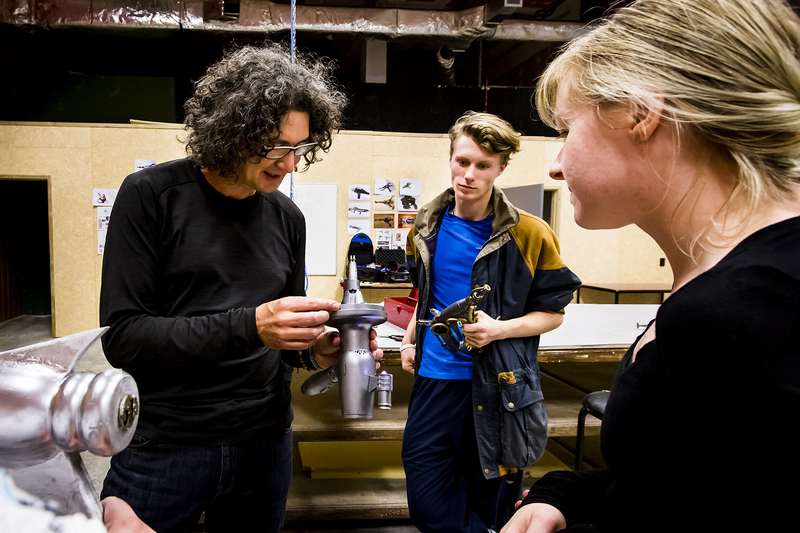 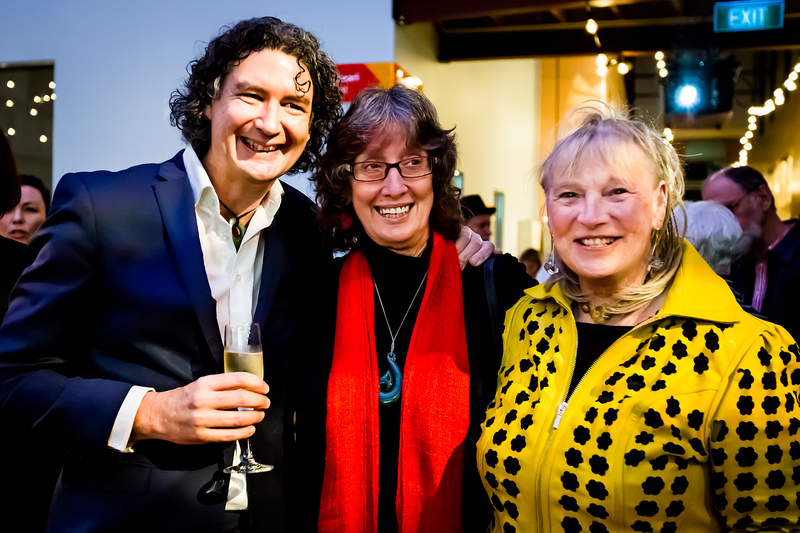 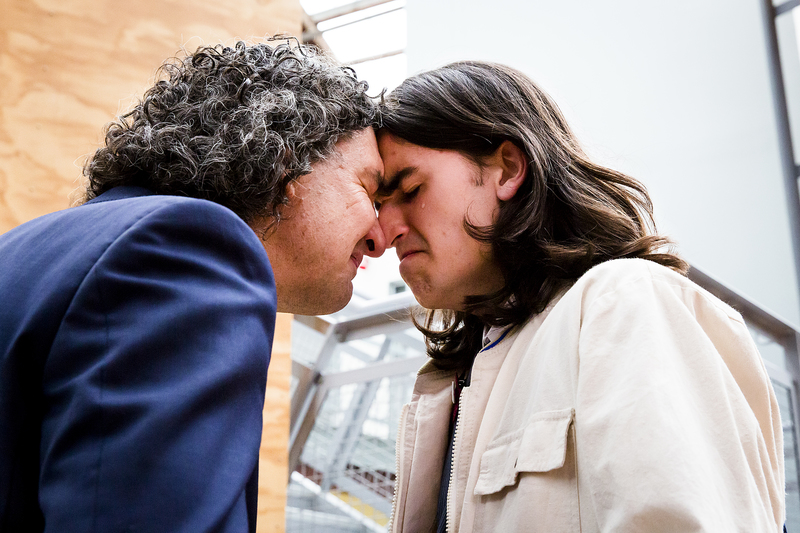 Radical changes have happened to the way we train our future screen and performing arts stars at Toi Whakaari: New Zealand Drama School in Wellington.

With his staff director Christian Penny has incorporated approaches of tikanga Maori on marae to deeply change the way artists are trained. Christian has led Toi Whakaari since 2011, and prior to that was head of directing for nine years.

Now he prepares for a big career change - taking his learnings about theatre and business training to sport, working from the new year with elite coaches for organisation High Performance Sport New Zealand.

Christian says that a new drama school director won't appointed until well into next year with an interim director in the role until then. 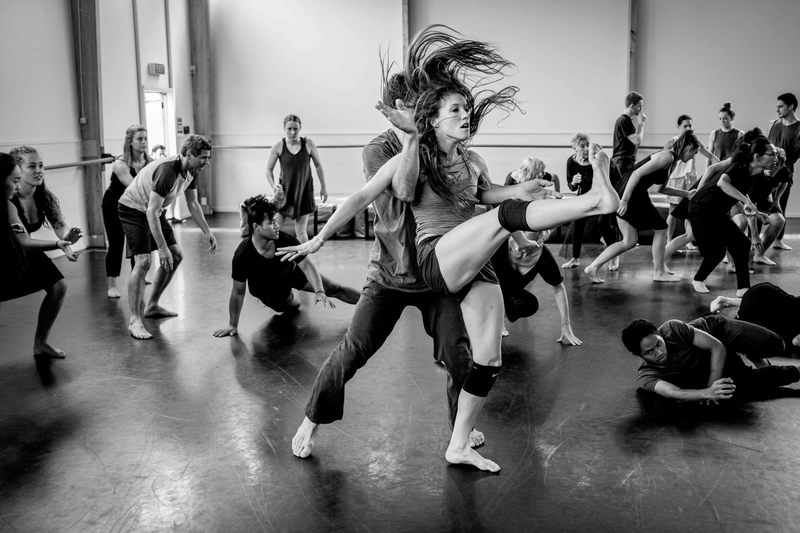 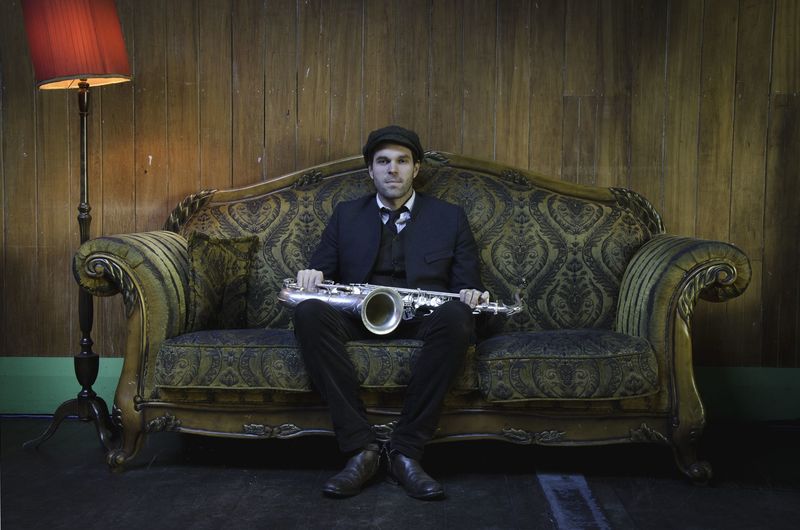 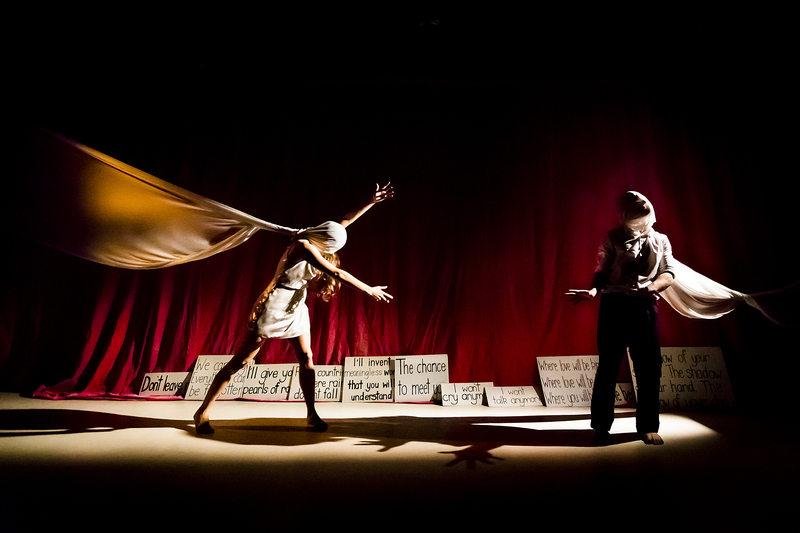 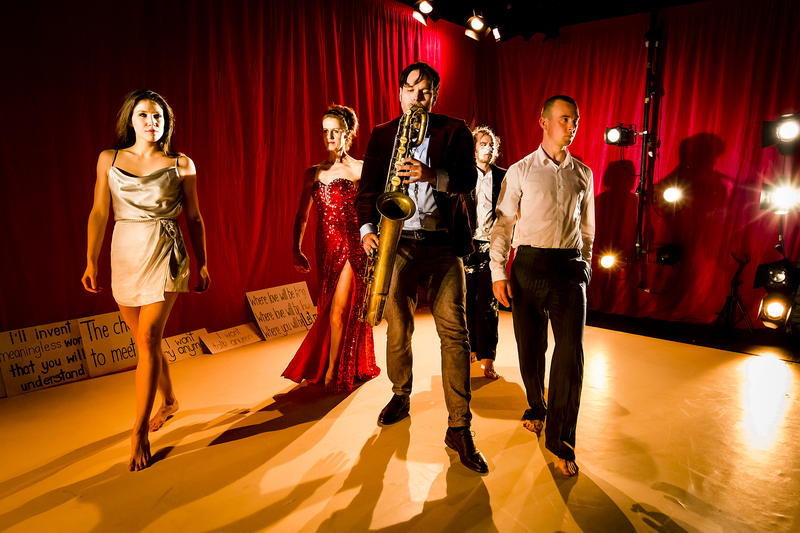 Creative Wellington couple Lucy Marinkovich and Lucien Johnson will soon be packing their bags - and in Lucien's case his saxophone - to head to the Big Apple on the Harriet Friedlander New York Residency.

There's no time limit as such - they can stay as long as the $100,000 that comes with the residency lasts them.

Lucy is a dancer and choreographer who's worked with Footnote and the New Zealand Dance companies and is the Creative Director of the Borderline Arts Ensemble, which she founded with Lucien.They were part of the team behind the award-winning Lobsters at Circa in 2017.

Lucien meanwhile is a saxophonist who's played live  with leading jazz musicians overseas and recorded with local artists including The Phoenix Foundation, Lawrence Arabia and Hollie Smith. 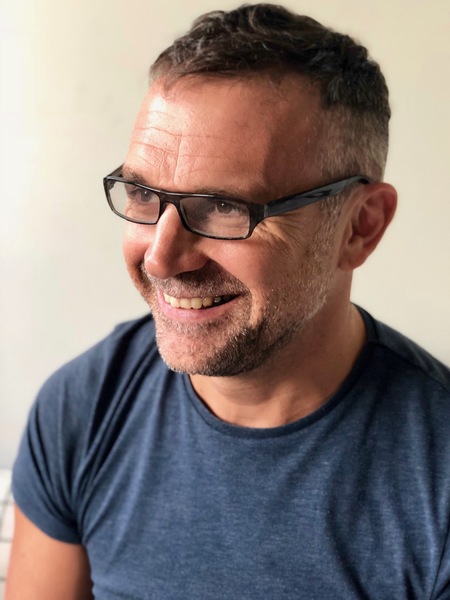 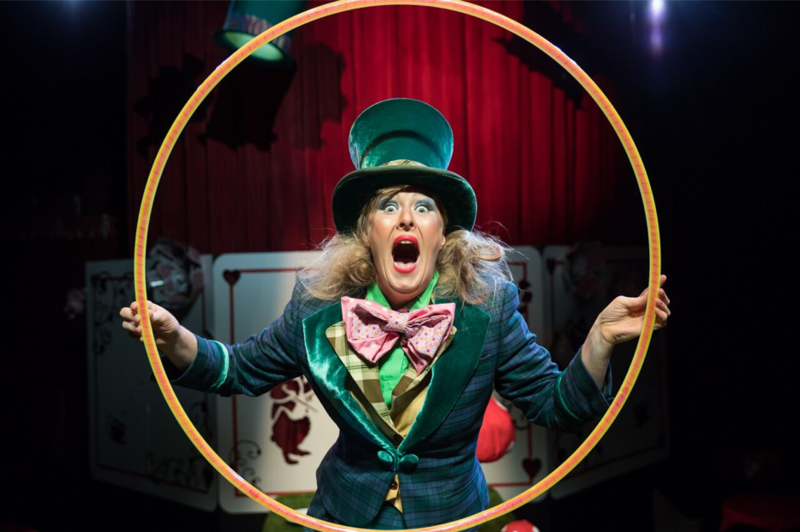 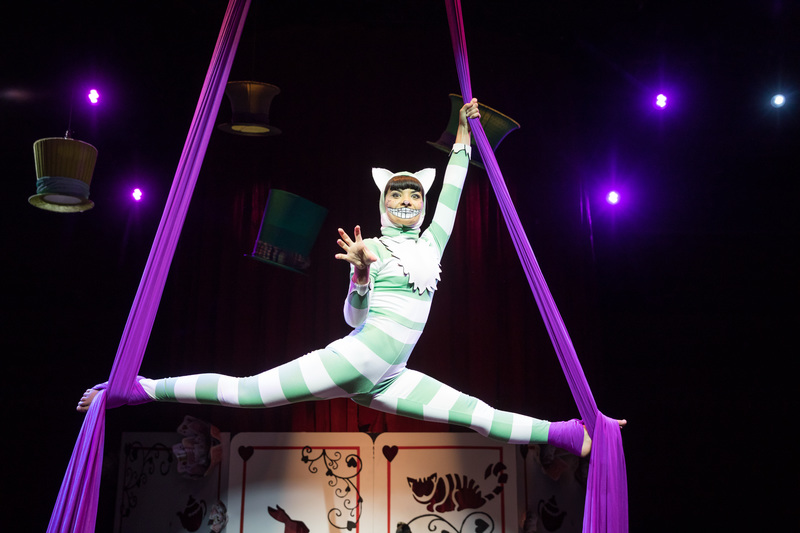 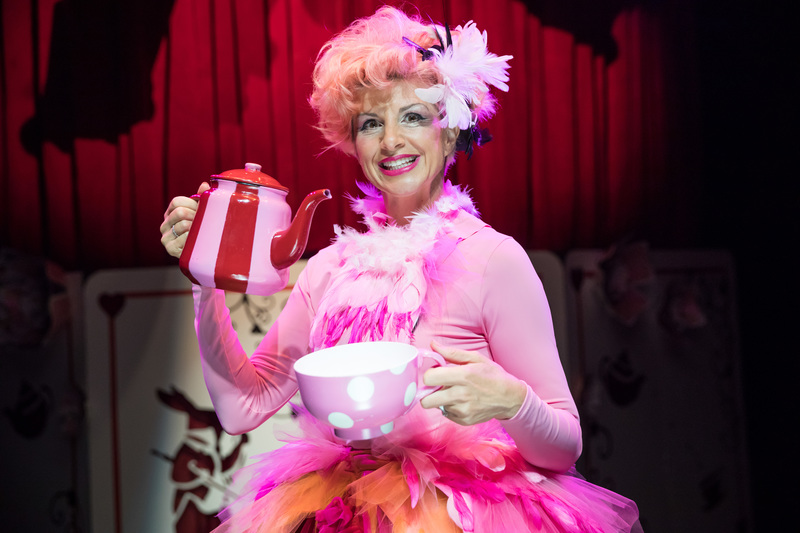 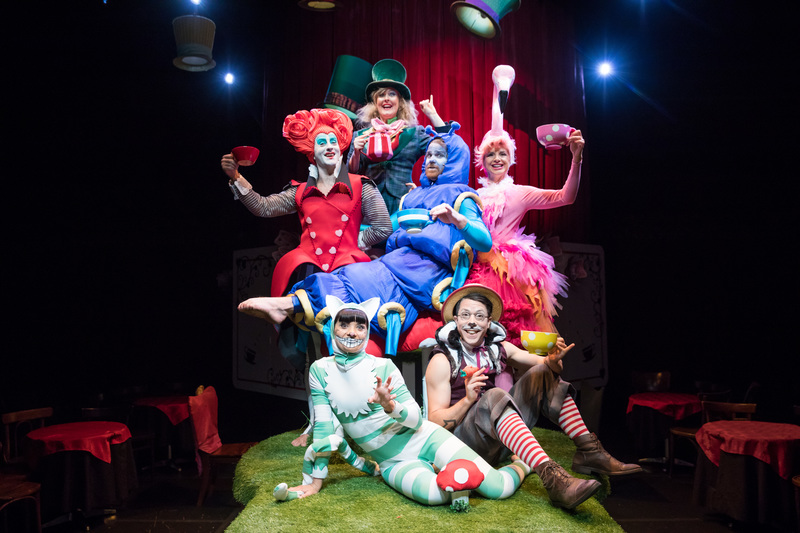 An action and stunt packed circus interpretation of The Mad Hatter's Tea Party, based on Lewis Carroll's Alice's Adventures in Wonderland, is coming to Auckland and Christchurch after a sell-out season at the Sydney Opera House.

On our final Laugh Track of the year is director Mike Finch - one of Australasia's most ambitious circus directors. 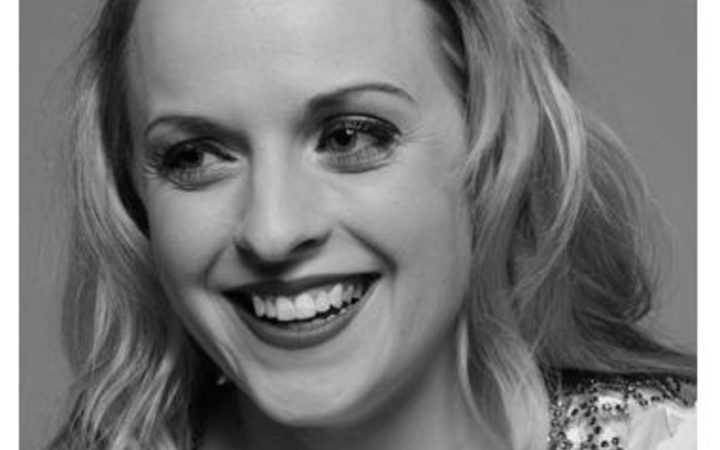 The 'Sold Out' sign was out at Auckland's Q theatre several times this year, a great sign when live performance has a lot of competition for audiences. Sarah Graham decides on the programme for the purpose-built theatre and she's not from the risk-averse school of theatre programming... quite the reverse. The sell out political drama  Burn Her by Sam Brooks was one of her picks.

Sarah says she's all for pushing theatre-makers and audiences to try something new, and she's trying to reflect the diversity of Auckland's rapidly expanding population.

2:35   Skipping across the Tasman - Amrita Hepi 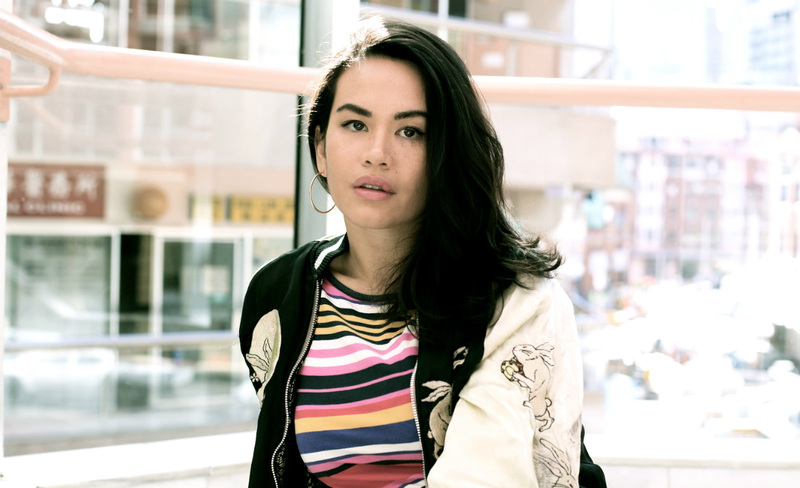 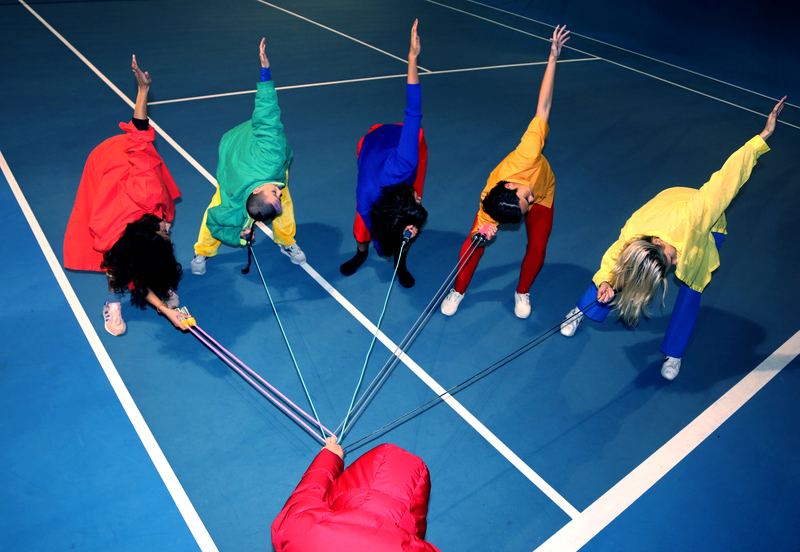 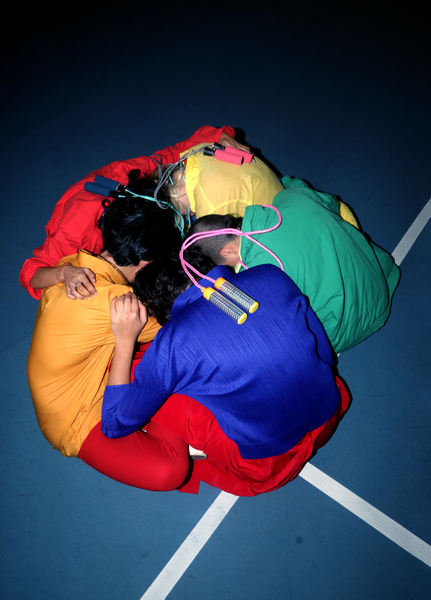 Australian-based Amrita Hepi is a high profile and overtly political choreographer, dancer and filmmaker who weaves her twin Aboriginal (Bundjulung) and Maori (Ngapuhi) heritage into her work.

The history of skipping and weaving is the theme of her next video installation, The Ropes, created for the 2019 Sydney Festival .

But it's a history told through the lens of indigenous people. Amrita's won many awards and performed thoughout Australia and overseas - she was also on Forbes Asia's 30 under 30 list.

While based in Australia, she says she feels very connected to Aotearoa, working with expat Maori dancers and artists over there. Amrita Hepi's new work The Ropes premieres at the 2019 Sydney Festival on the 11th of January. 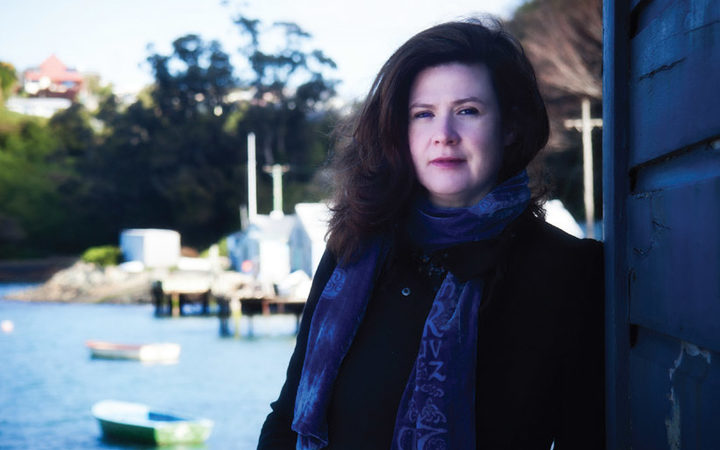 A young man obsessed with the portrayal of the underworld in literature, finds himself face to face with hell on earth during the first world war. Theodore De'ath is the central character in the first novel by Irish-Kiwi writer Majella Cullinane, The Life of De'Ath.

Best known as a poet, Majella started writing the book while the Robert Burns Fellow at Otago University in 2014.

The Life of De'ath is set in both Europe and Majella's adopted home of New Zealand, having moved here a decade ago and settled in Dunedin. Majella reads from her novel:

The book is published by Steele Roberts. 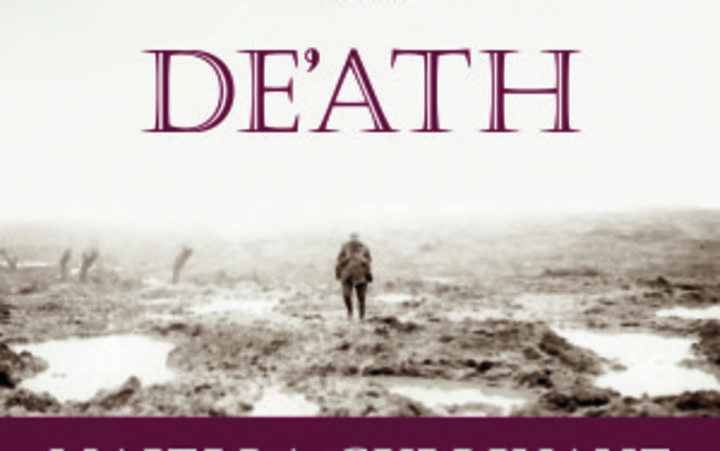 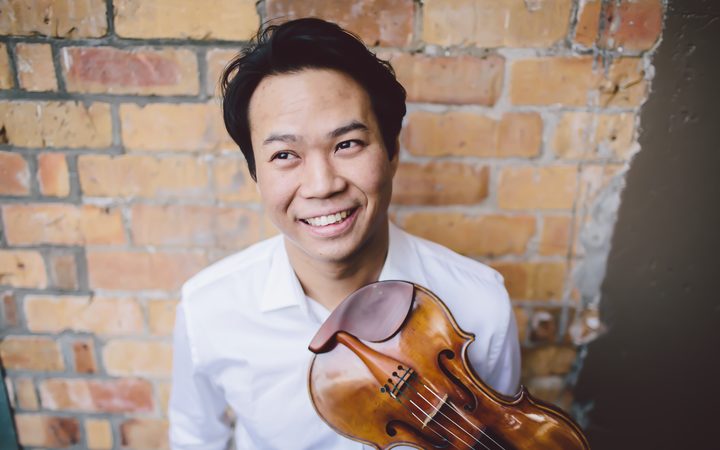 In just a few days the finalists of the 2019 Michael Hill International Violin Competition will be announced and they'll have five months to hone their performances for the judges.

Winning the competition is a massive boost for young violinists needing to stand out from the many other aspiring and gifted musicians.

Canadian Nikki Chooi won the Competition back in 2013 and since then he's worked internationally as a solo violinist and with small ensembles and full scale orchestras. He also works as concertmaster, currently with the New York Classical Players.

He's heading back to New Zealand to perform at the Adam Chamber Music Festival in Nelson in January.

Jonathan Hendry plays Eric and Max, Carol Smith: - Stella and Marion,
John Wraight: - Dan and the Police Chief, and Madelaine McNamara: - Jane and Justine.
The Helicopter pilot is Allen O'Leary.
Technical production is by Phillip Benge and 'Weightless' was produced by Carol Dee for RNZ National.

Song: It’s too bad we had to say goodbye

Artist: Bill Wolfgramm and his Islanders

Album: A Decade of Gold