Standing Room Only for Sunday 2 September 2018

On today's Standing Room Only, crime is to the fore - the winners of  Ngaio Marsh Award for crime writing talk about their dark art, while a new book of essays looks at the connections between crime and food.  Playwright Dean Parker turns from political matters for a sweet play about a beloved teacher, while film-maker Emma Schranz is inspired by a brush with breast cancer to follow her passion. Nuiean-New Zealand artist John Pule is one of the contributors to the Royal Academy of Arts' celebration of Captain James Cook in London, and closer to home an Asian Arts Hui encourages cultures to talk to each other.  A novel by arts commentator Thomasin Sleigh looks back on the rather shaky start to our own Art Gallery, Steve Carr sends drones into a fireworks display, and on the Laugh Track, young playwright Grace-Amelia Vernal is passionate in her defence of antique sitcom Are you being served?

All this and the Three O'Clock Drama featuring two generations of theatrical Harcourts (the third features on At The Movies) and an assortment of musical crimes all afternoon.

The prestigious Ngaio Marsh Awards for crime writing were announced on Saturday night at the Word Festival in Christchurch.  And two novels where children are put at risk - in Havelock North and in rural Australia -  took out both major awards..

And the Best First Novel has gone to Jennifer Lane for All Our Secrets.

Lynn Freeman talks to Alan and Jennifer, as well as to judge - and crime writer herself - Dr Vanda Symon.

The finalists for Best Crime Novel are:

The finalists for Best First Novel are: 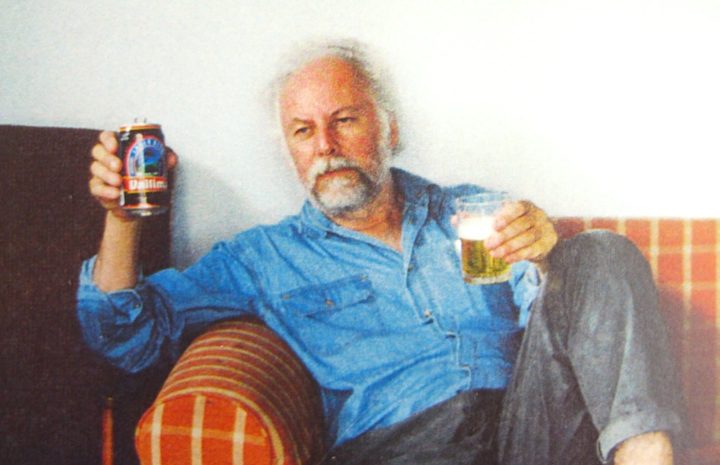 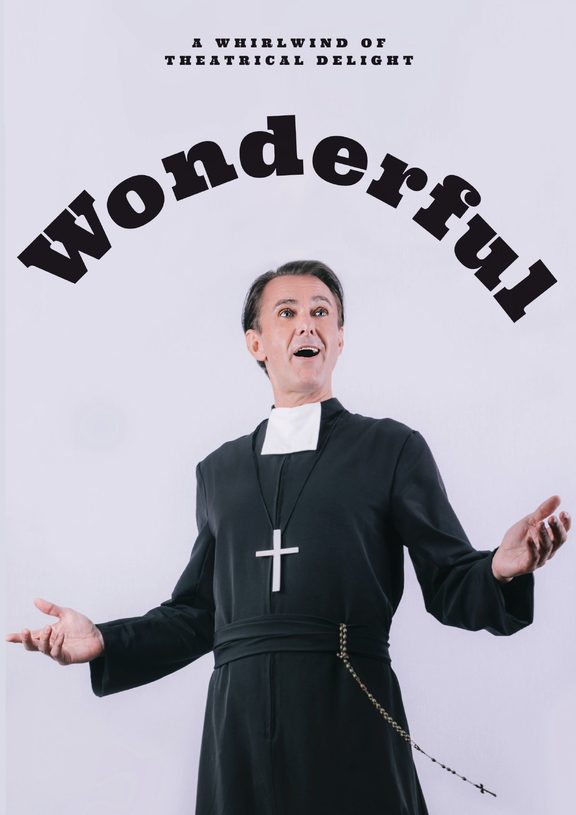 Since the early 1970s Dean Parker has written thought-provoking plays like Baghdad, Baby! and Midnight in Moscow, as well as screen work - Dean co-wrote the screenplay for the classic comedy Came a Hot Friday.

It's more than 40 years since Dean's first play, Smack.  His latest, the one-person play Wonderful, is based on an inspiring Marist brother and teacher from his school years in 1950s Napier.

Brother Vianney teaches the lads in his class the life lessons he's discovered from watching films and romantic musicals.  Lynn Freeman talks to Dean Parker about Wonderful, which premieres at Wellington's Bats Theatre on September 4th as part of the inaugural New Zealand Theatre Month. 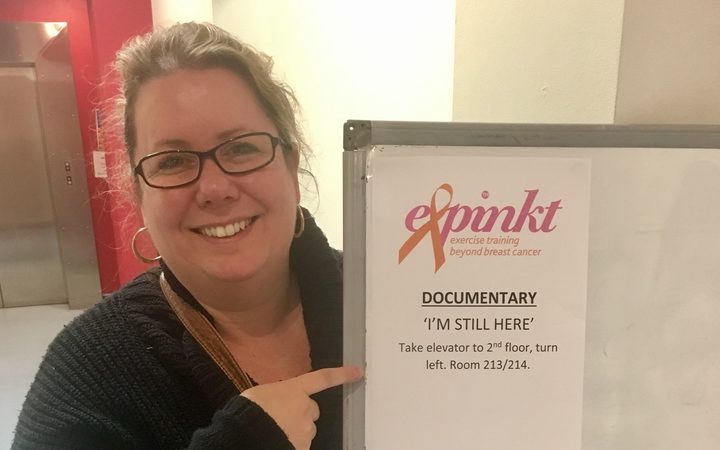 By day she's the Otago Regional Council's Senior Media Advisor - but outside of work hours Emma Schranz is producing a film a year.

She's been producing a short film a year since 2014 and is currently working on a TV series after co-winning the 2017 South Pacific Pictures Big Pitch.

I'm Still Here EXPINKT follows a group of people in a university gym-based programme to help with their physical and emotional health.

The film premieres at the Young Writers Festival in Dunedin later this month, where Emma will also talk about her approach to filmmaking and offer practical advice as part of a Screenplay Storytelling forum.  It takes place at Dunedin's Metro Cinema. 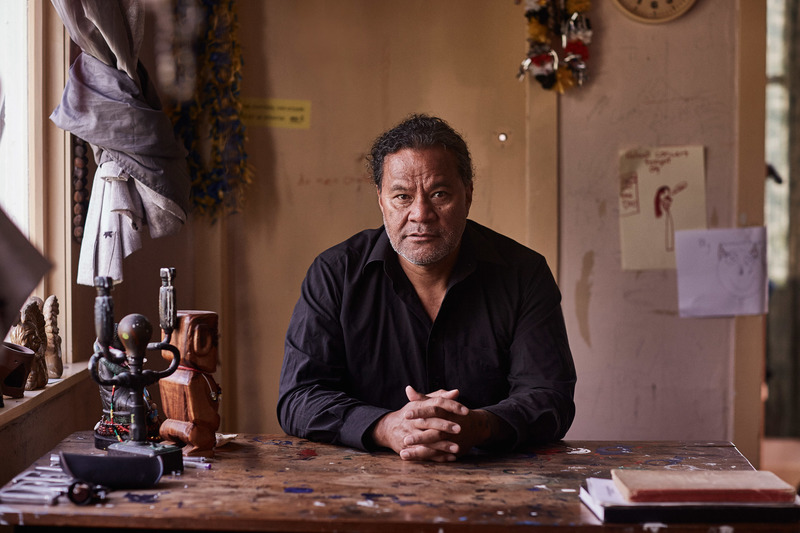 New Zealand artists are taking over London as the city's Royal Academy of Arts prepares to celebrate the 250th anniversary of Captain James Cook's first voyage to the Pacific.

It's a double celebration because the Academy was founded the same year, 1768.

It's invited artists from Aotearoa, Polynesia, Melanesia and Micronesia to contribute to its Oceania exhibition of historic and contemporary items.

Creative New Zealand's invested 170-thousand dollars so that 10 of our contemporary visual artists can show their work and attend the exhibition.

Expat artist Frances Upritchard is presenting a show at the Barbican, and Luke Willis Thompson is competing for the Turner Prize at the Tate Britain in London.

And Niuean-New Zealand artist and poet John Pule is proud to be representing New Zealand at the Oceania exhibition.  Lynn Freeman talks to him about the series of five paintings he created in 2007, and also about his upcoming show in South Korea.. 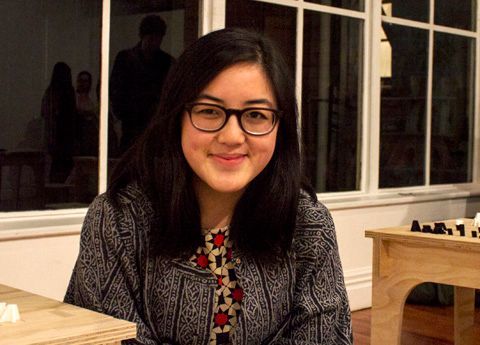 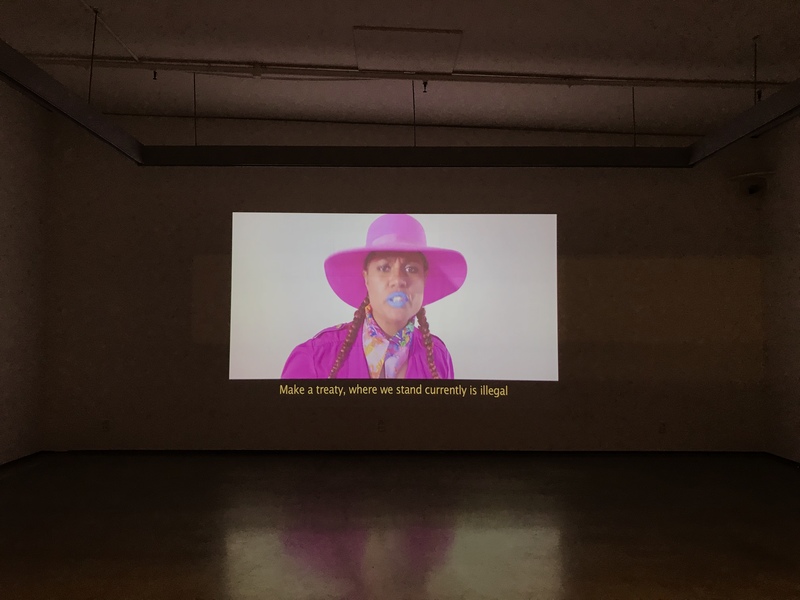 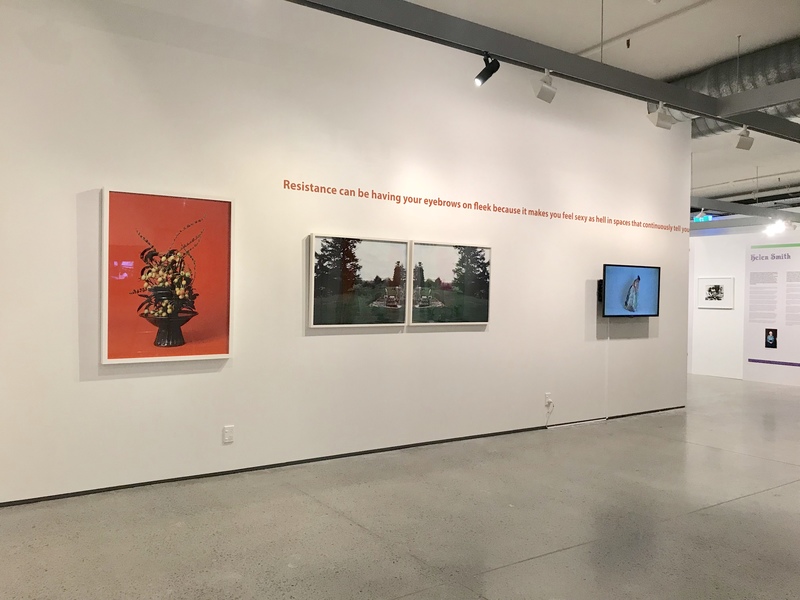 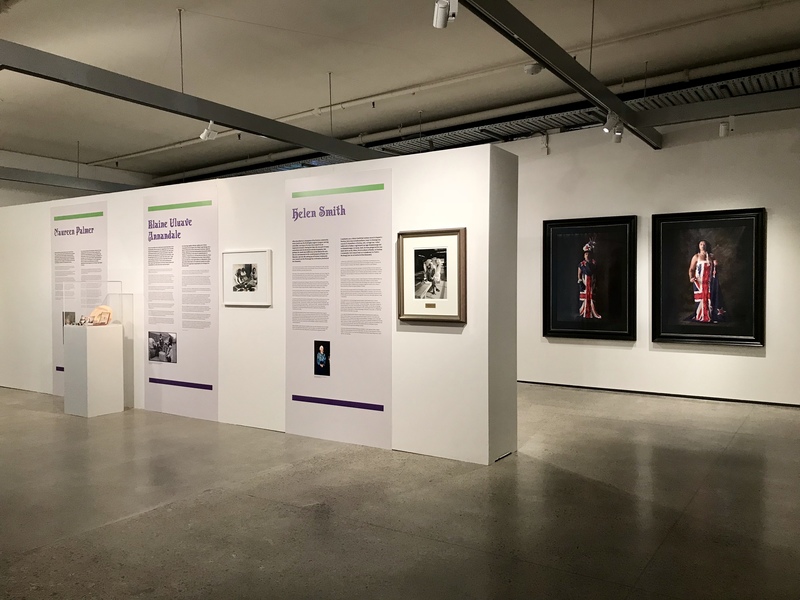 There's a lot to celebrate, as well as frustrations to express and issues to discuss, during this month's Asian arts hui in Wellington.

It's the third Asian Aotearoa Arts Hui since it was established back in 2013, and one of its primary goals is to make Asian New Zealand art and culture more visible and accessible.

As part of the hui, Te Papa is showing some of its Asian arts collection and the curator is Emma Ng.  Lynn Freeman talks to Emma about what the main talking points are likely to be at the Asian Aotearoa Arts Hui. 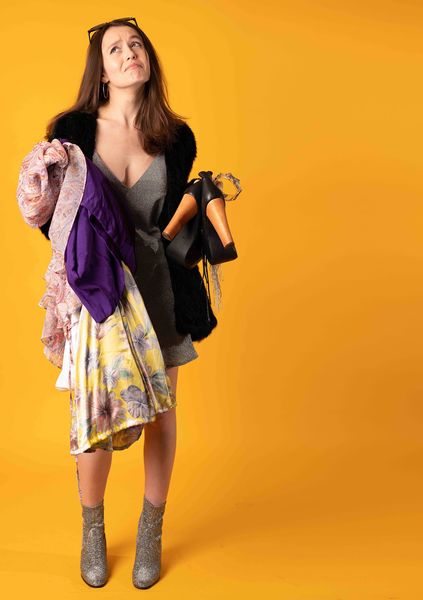 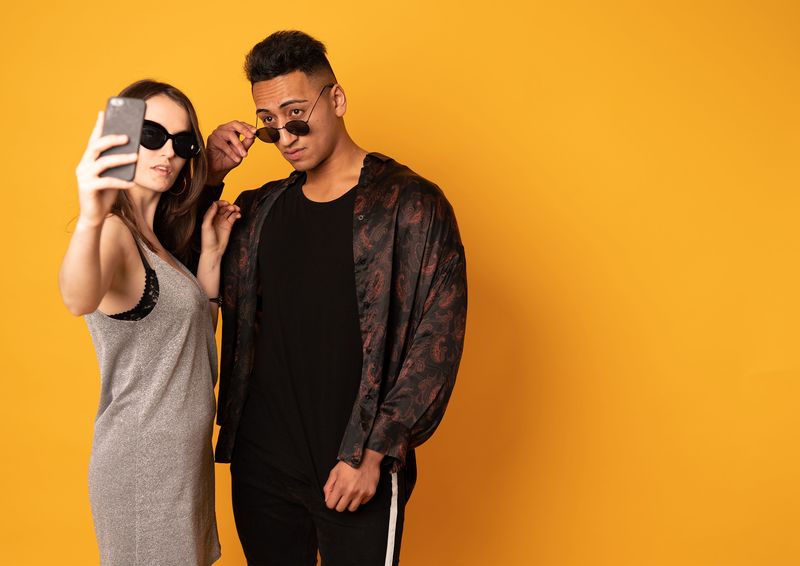 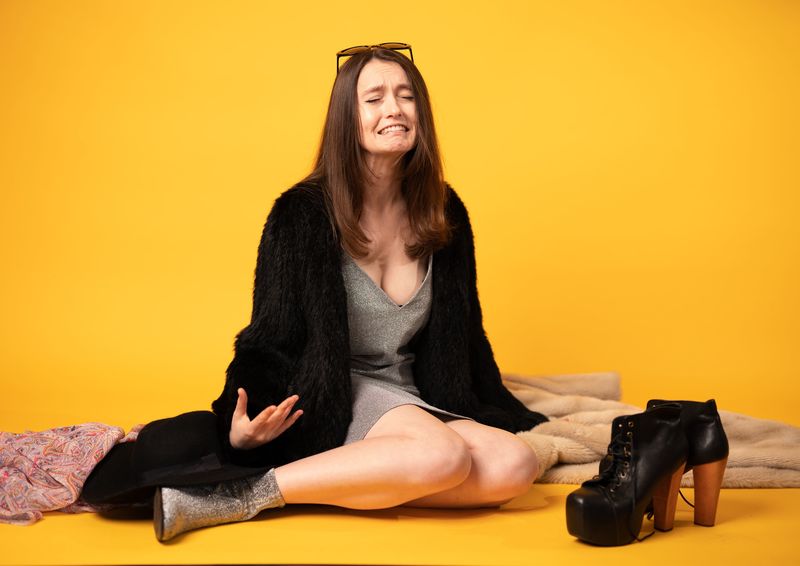 There's a scene at the start of the Hollywood satire The Player where screenwriters pitch ideas for their movies.  They're always unlikely combinations, which is why we were reminded of it when we were told about a new comedy coming to Auckland's Basement Theatre.

It's called Retail Therapy and it promises Are You Being Served meets Mean Girls!   Playwright Grace-Amelia Vernal is today's guest on the Laugh Track, and her picks include Ellen De Generes, Iliza Shlesinger, Clueless - and of course Are you being served and Mean girls!

2:25 Food and crime in a collection of essays called Blood on the table 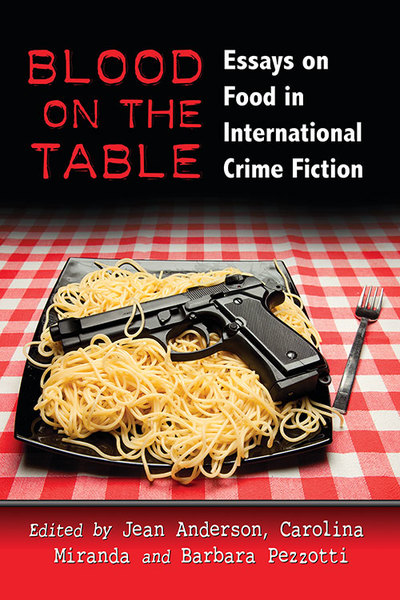 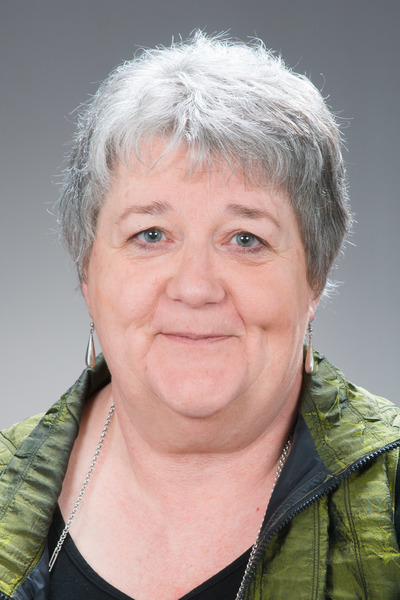 Food's role in crime writing isn't limited to being a deadly weapon in its own right - like Roald Dahl's famous short story Lamb to the slaughter.   The subject's explored in a new book Blood on the Table: Essays on Food in International Crime Fiction.

And questions posed include the role of recipes in crime writing, whether a crime can be committed against food and what food tells us about a character's personality, gender or class.

The book has a Kiwi connection - co-editor and Associate Professor of French at Wellington's Victoria University lecturer Jean Anderson.   Lynn Freeman talked to her about the food-crime link:

Blood on the Table, Essays on Food in International Crime Fiction is published by McFarland.

The other editors are Carolina Miranda and Barbara Pezzotti. 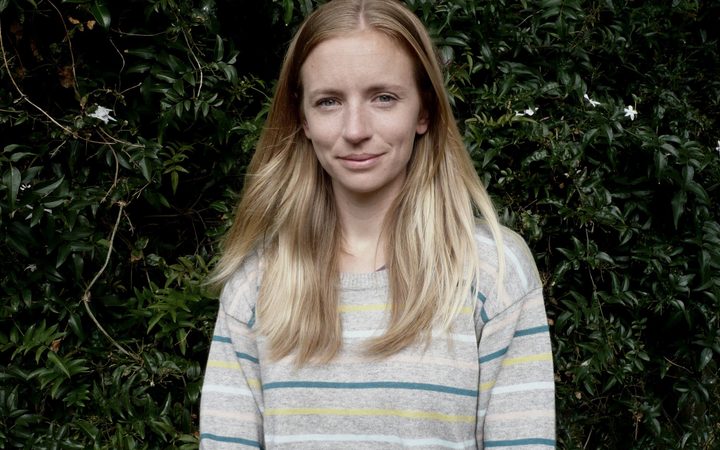 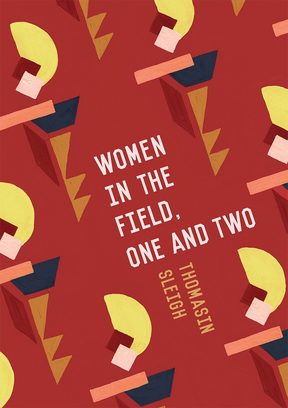 The post Second World War art scene is the canvas for Wellington writer and arts commentator Thomasin Sleigh's new novel, Women in the Field, One and Two.

It's set in the London and Wellington of the early 1950s, where we meet London art curator Ruth Bishops.  She's been invited to recommend European art for New Zealand's fledgling National Art Gallery to buy.

But everything changes is when Ruth meets a woman Russian painter whose work has been overlooked.

This isn't new territory for Thomasin, as she tells Lynn Freeman.   She's written about contemporary art and culture for galleries, magazines and online sites throughout Australasia, and her first novel Ad Lib also delved into the art world.

Thomasin Sleigh's  novel, Women in the Field, One and Two is published by Lawrence and Gibson

2:48 Steve Carr gets up-close at a fireworks display 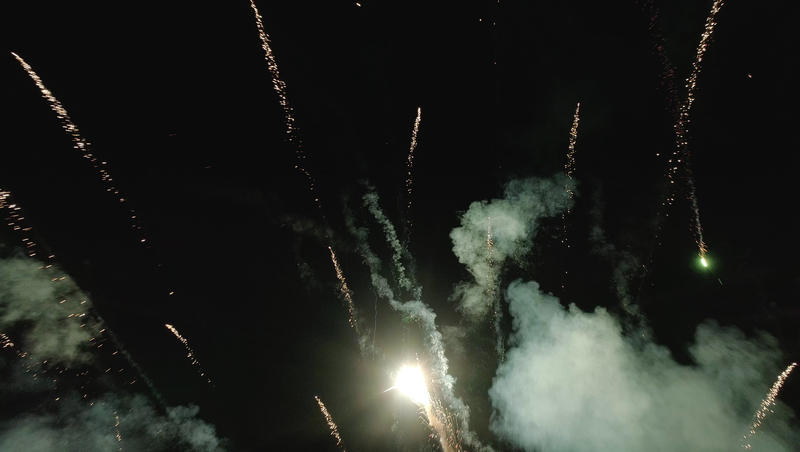 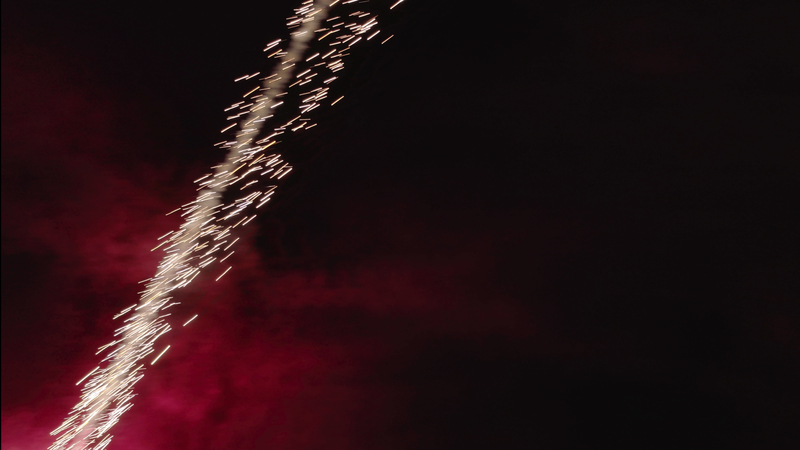 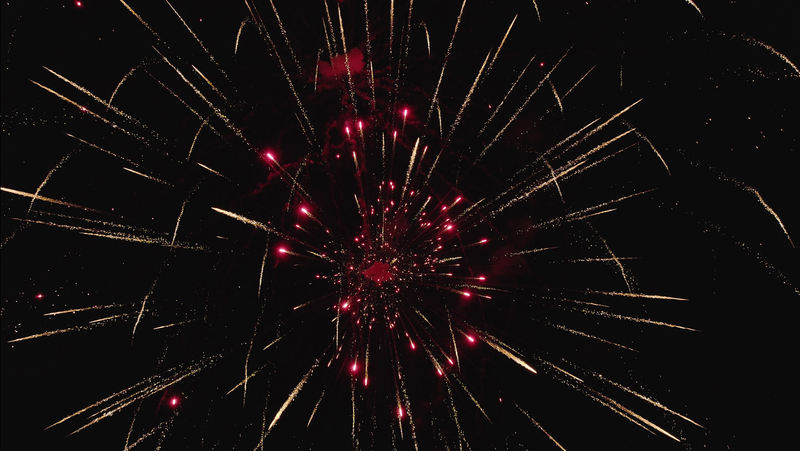 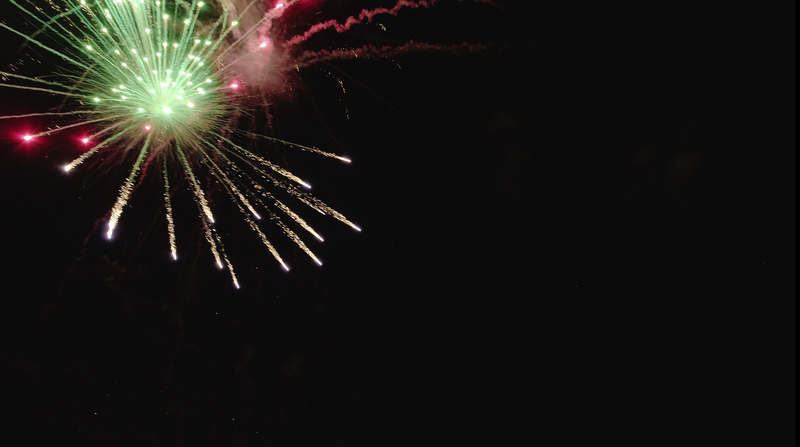 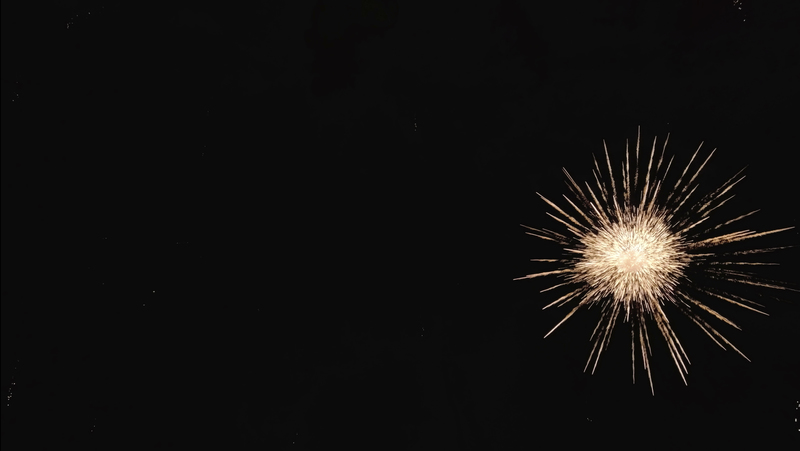 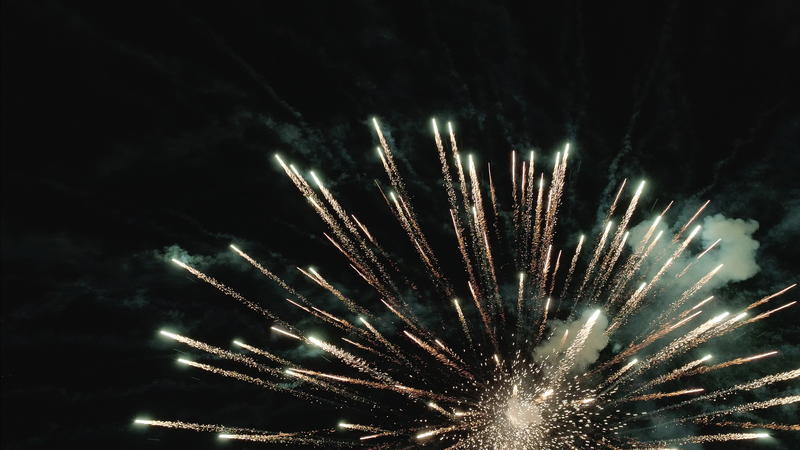 Looking up at fireworks displays is magical. But imagine if you could fly through, over and around them.

Footage taken from flying six drones through a fireworks display is allowing artist Steve Carr to offer us that experience, in his new exhibition Chasing Light.  It was a logistical challenge for the crack team of drone operators he brought in to film the half hour long fireworks display.

The edited and synchronised footage will be projected onto what look like old outdoor drive-in movie screens.

Lynn Freeman talks with Steve Carr, a senior lecturer in film at the University of Canterbury,  who aims to make work that presents the impossible to the viewer:

Chasing the Light opens at the Christchurch Art Gallery on September 8th.

3:05 Drama at 3 - Flowers from my mother's garden by Miranda Harcourt and Stuart McKenzie

This month, the Dramas at 3 features productions that have succeeded on stage as well as on radio.

Today's play was originally commissioned by the 1998 NZ International Festival of the Arts.  It was crafted by Miranda Harcourt and her husband Stuart McKenzie out of vignettes from Miranda's own life, and from the life of her mother, Dame Kate Harcourt.

Flowers from my Mother's Garden features the voices of both Miranda and Kate Harcourt..

Artist: Was Not Was
Song: Spy in the house of love
Composer: Was-Was
Album: The collection
Label: Spectrum
Played at: 1.58