This week on Standing Room Only:  we interview the winner of the 48 Hour Film Challenge, and ask sculptor Brett Graham about his "anti-monument" to the Great War. Then the revival of the PACE scheme for artists - a panel, including Minister of Finance Grant Robertson investigate if it will happen, and how soon.  Following At The Movies, actor, writer and director Miriama McDowell talks about two very different projects - a play about, and by, youth theatre Massive, and a corrosive political play called Burn Her.  Singer-songwriter Nadia Reid wants to help would be music stars, while former Shortland Street legend Karl Burnett takes on a different role in Maori Television's new te reo sitcom Tongue Tied. Voice actor Stig Wemyss is the man who sold so many Audio Books in Australia, Isa Pearl Ritchie's new novel Fishing for Maui deals with depression and good food (this week's theme is "fishing"), while photographer Stephan Romer alternates between big landscape pictures, and big-budget luxury car commercials.   All this and a Drama set during the French Revolution: Terror and virtue by Stuart Hoar. 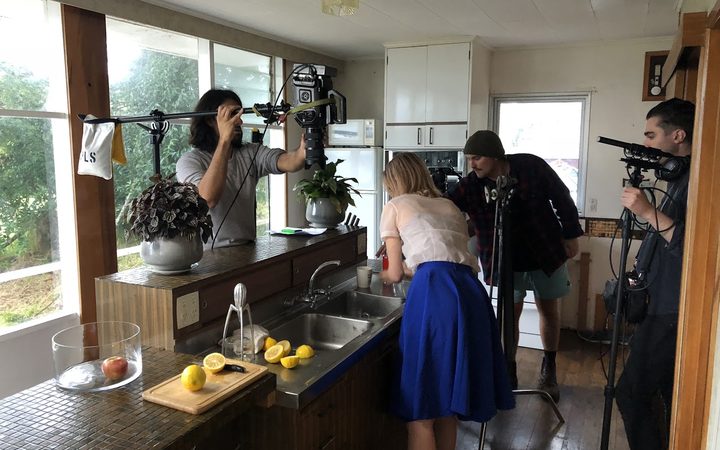 Working behind the scenes on Peptok Photo: supplied

A technological thriller has taken out the top 48hour Film Challenge for 2018.  The Chillybox team won the 2018 Grand National Champion Award for Peptok - as well as Best Director for Thomas Sainsbury and Kate Simmonds as Best Performer.

The other most successful team was Wellington team Temple of Nut which took home the awards for Best Script, Best Editor, and Best Ultra Film - given to veteran teams who opt in for an extra challenge.

2018 also included an award for the Best Solo/Duo, honouring the courageous teams that enter with only one or two people in their team. This award goes to Wellington animation team Squint Eastwood for ZA, about a pizza that is so good, it opens up a portal to hell! 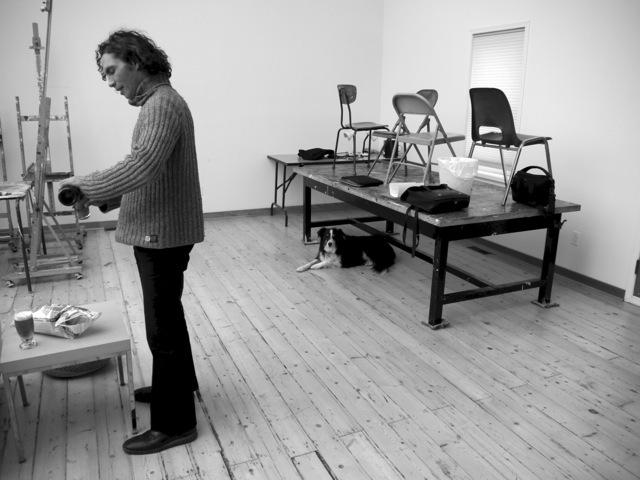 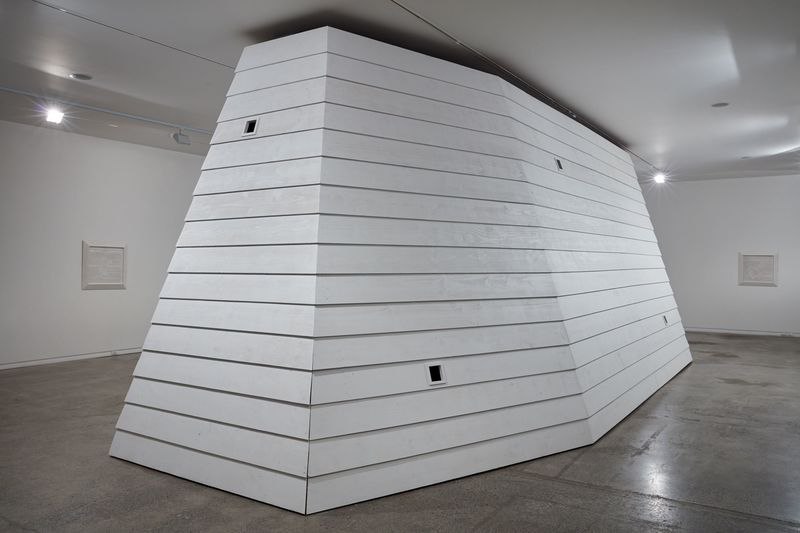 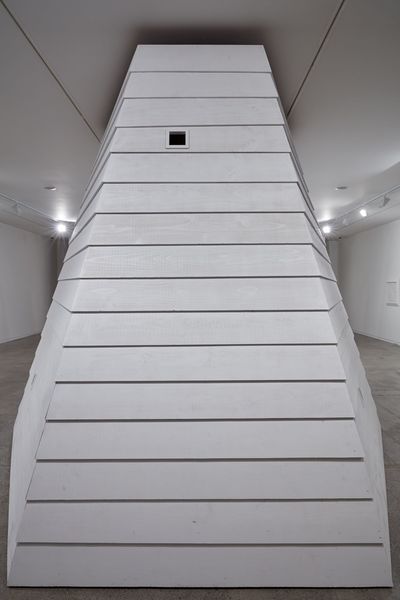 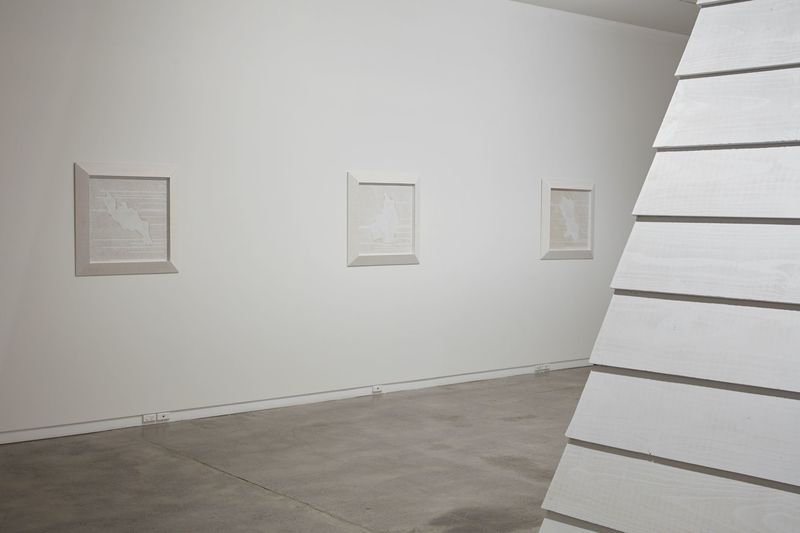 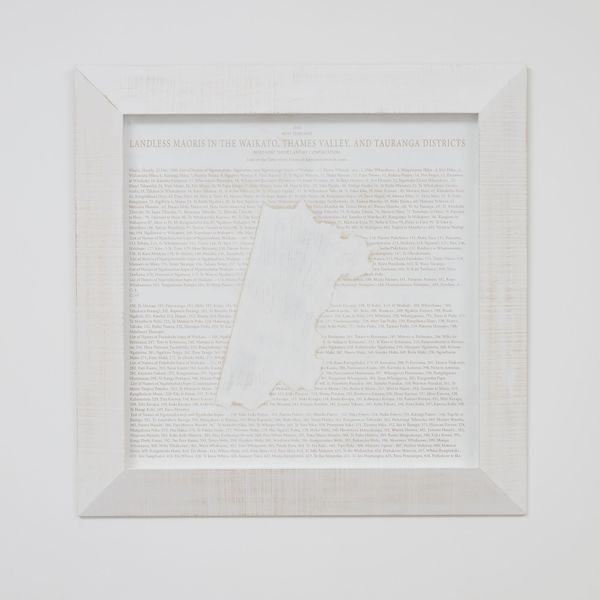 After several years of intense focus on New Zealand's involvement in World War One, sculptor Brett Graham is offering what he describes as an anti-monument to the Great War in his new exhibition 'Monument' at Two Rooms Gallery Auckland.

He's remembering the stance Waikato Maori took against conscription in 1918 by incorporating symbols of the precious British invasion and arrival of settlers. Te Puea Herangi and Waikato Maori made a stand against the conscription that had been imposed on them.

Te Puea's words, "I shall not allow my children to shed blood" were spoken to honour her grandfather King Tawhiao's 1881 injunction outlawing warfare after he made peace with the Crown. He had said, "I shall bury my patu in the earth and it shall not rise again. Waikato, lie down."

Graham's 'monument' however, is in the style of a block fort from the Waikato Wars (1863-4), a pioneer's house, or a redoubt enclosure built to protect frontier property. All are symbols of the invasion of the Waikato and the reason Te Puea had objected to conscription, her tribe having been rendered landless 53 years before.

From the Phoenix Foundation to filmmaker Taika Waititi, The Pathways to Arts and Cultural Employment  or PACE scheme was credited with giving much needed space for artists to develop a career.

PACE was launched in 2001, allowing artists to sign up at the WINZ office without having to pretend to want to take on work in another field. They could get a benefit in return for proving they were producing and showing their work on a regular basis.

The scheme dwindled under the previous government, but now the Prime Minister and Arts, Culture and Heritage minister Jacinda Adern has pledged to explore the best ways to bring back PACE and explore other  arts employment options. For a  look at the history of PACE see this recent story by Adam Goodall on Pantograph Punch.

Earlier this month public art organisation Letting Space brought together Finance and Associate Arts, Culture and Heritage Minister Grant Robertson, and documentary maker Luit Bieringa to discuss the options and their own experiences as part of their Urban Dreams Monthly discussion series at Toi Poneke Arts Centre in Wellington. 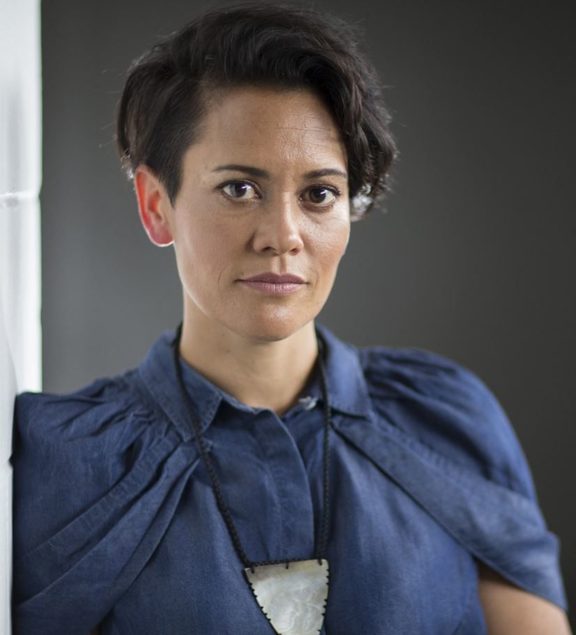 When it comes to being a multi-skilled artist, Miriama McDowell ticks a lot of boxes. She's an actor, director and writer for stage and screen. And she's got two big projects on the go over the next few weeks.

First up is a show she's co-written for Auckland youth theatre company Massive based on the cast's own stories. She's also performing in a searing new political drama by Sam Brooks called Burn Her.

Miriama's CV includes appearances in  films including Waru, No. 2 and The Great Maiden's Blush and TV series ranging from Hope and Wire to Find Me a Maori Bride.

Just last year she directing a popular production of Much Ado About Nothing for the Pop-up Globe in Melbourne. Massive's Sightings premieres at Q Theatre on the 24th of July and Burn Her opens at the same venue on the 2nd of August. 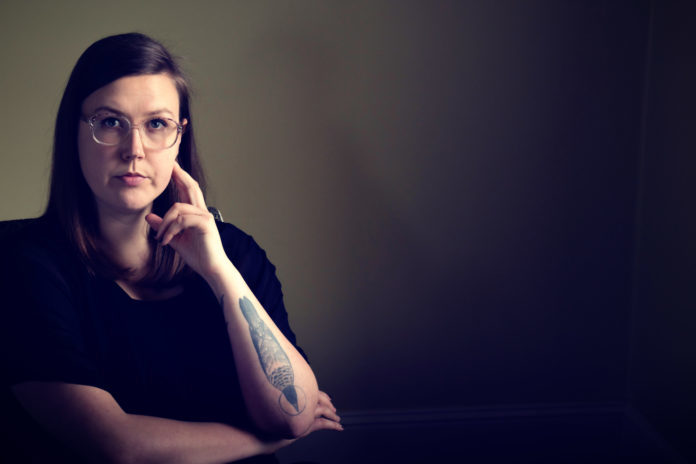 Dunedin songwriter Nadia Reid is not only enjoying success in the international music scene but and making time to pass on what she's learnt with the next generation of young musicians. Nadia is taking time out from a full on touring schedule to mentor high school students selected for a free Dunedin programme called The Amped Music Project.

Local and national industry professionals will join Nadia to offer the students good advice and encouragement over seven weeks of workshops and gigs.Nadia says she's paying it forward, having valued the mentoring she received when at high school 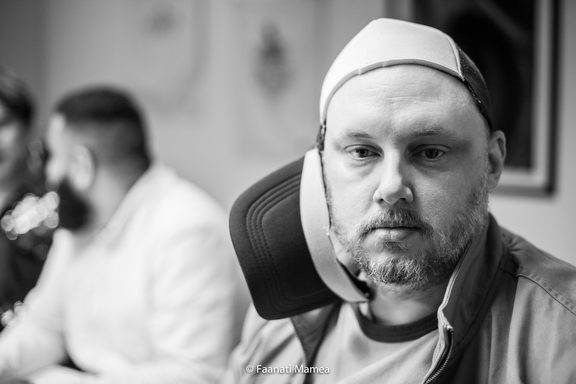 Our guest this week was a household name and face back in the early years of Shortland Street -  Karl Burnett aka Nick Harrison. Now Karl is one of the stars of a new Maori Television comedy Tongue Tied about a group of misfits trying to learn te reo.

Karl's picks include the movies The Hot Rod, Talledega nights, So I married an axe murderer and comedian Jim Jeffries. 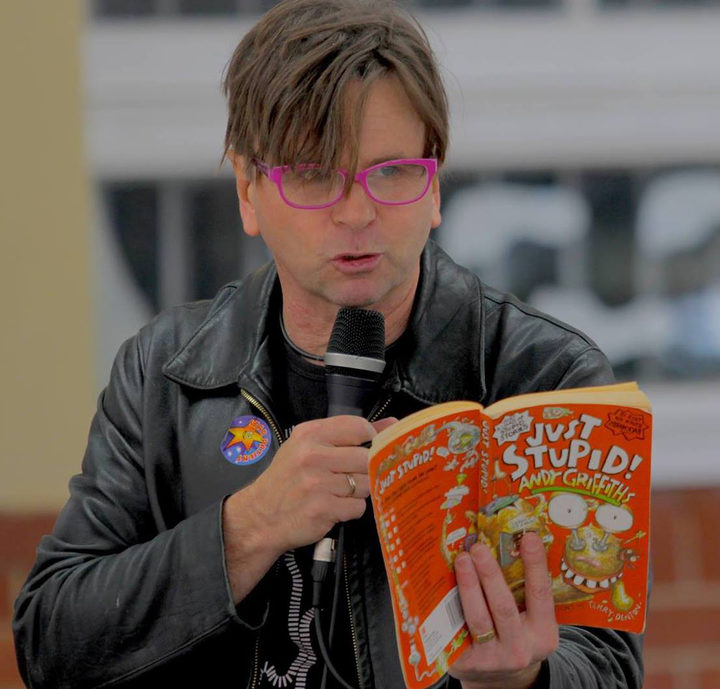 Irreverent Australian children's writers like Paul Jennings and Andy Griffiths have a huge following over here, and an expert at reading their works out loud is heading to New Zealand libraries.

Stig Wemyss is a trained stage and screen actor, but he specialises in voice work for animation and narrating audio books.  In fact Stig's just taken out Audio Book of the year in Australia for his rendition of Andy' Griffiths' book The 92 storey tree house.

2:35 Fishing for Maui deals with depression, fatigue - and good food 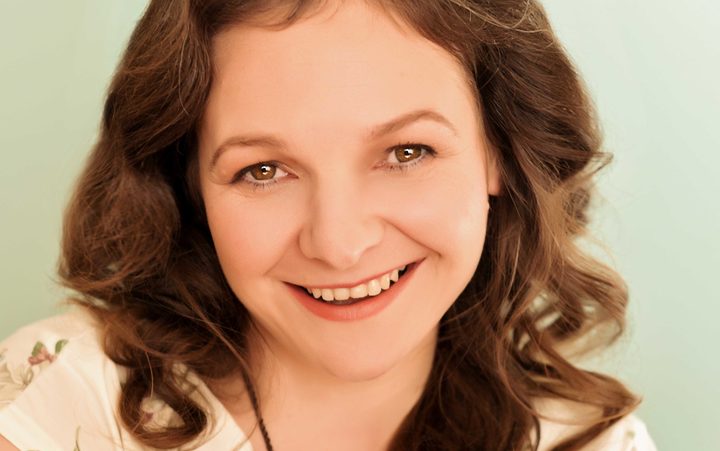 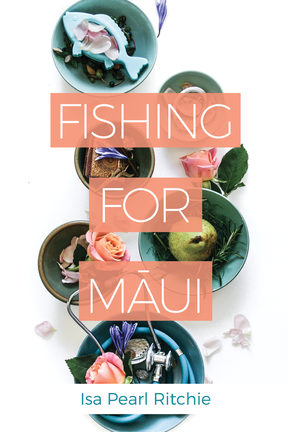 Isa Pearl Ritchie writes about a family in crisis in her novel, Fishing for Māui, drawing on her own experiences as a young person who's struggled with depression, anxiety and chronic fatigue.

Isa wanted to tap into the growing interest in, and awareness of, mental health issues in New Zealand society for her second book.

As she tells Lynn Freeman, it's her belief that food has a huge part to play in not only physical but mental wellbeing. 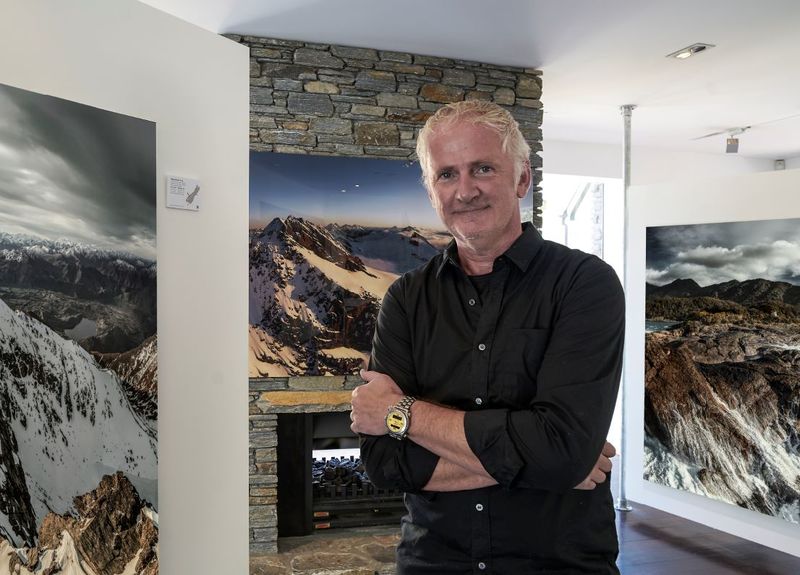 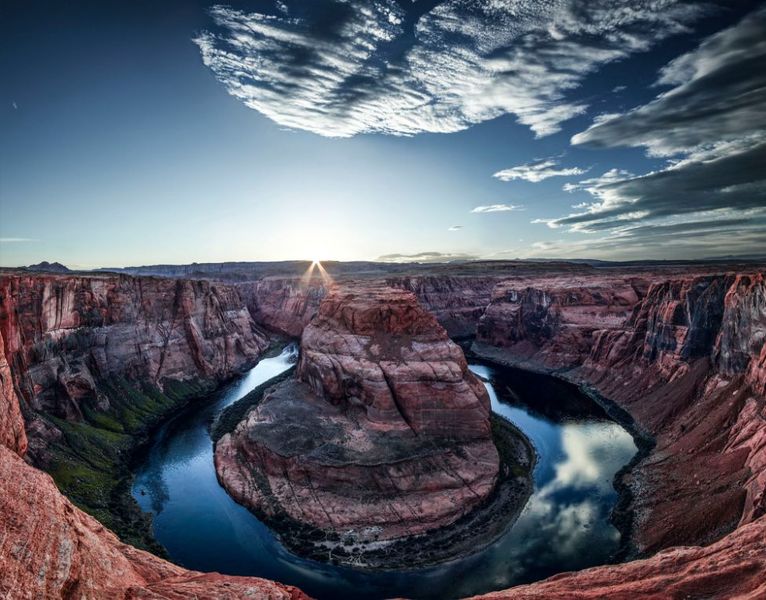 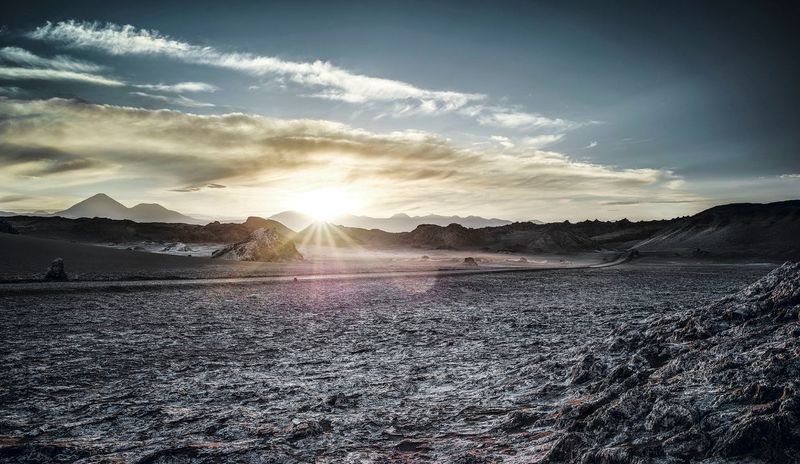 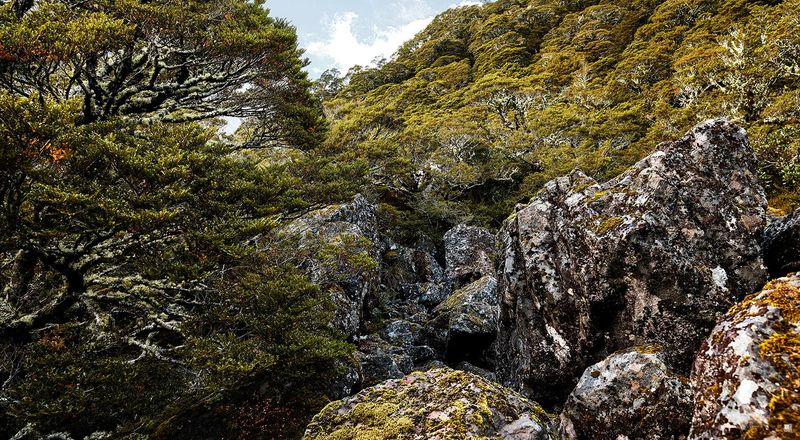 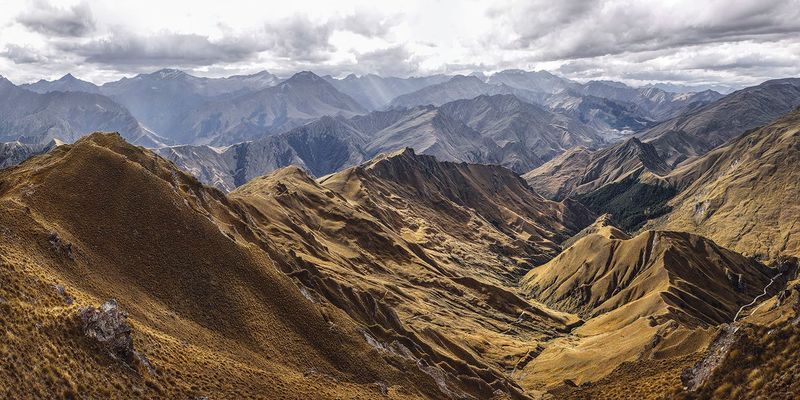 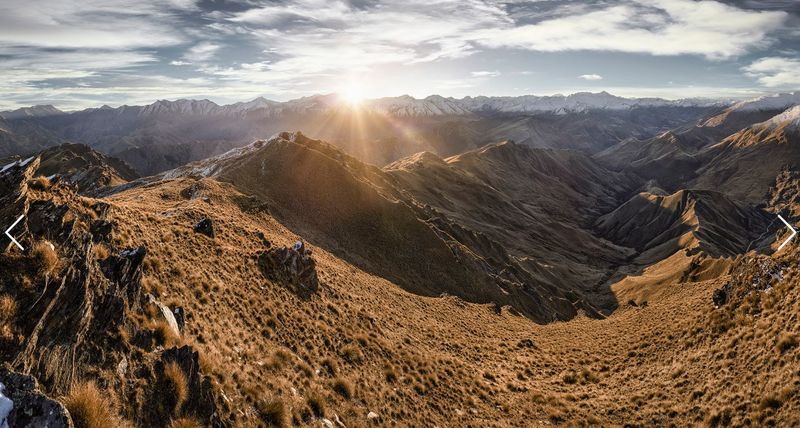 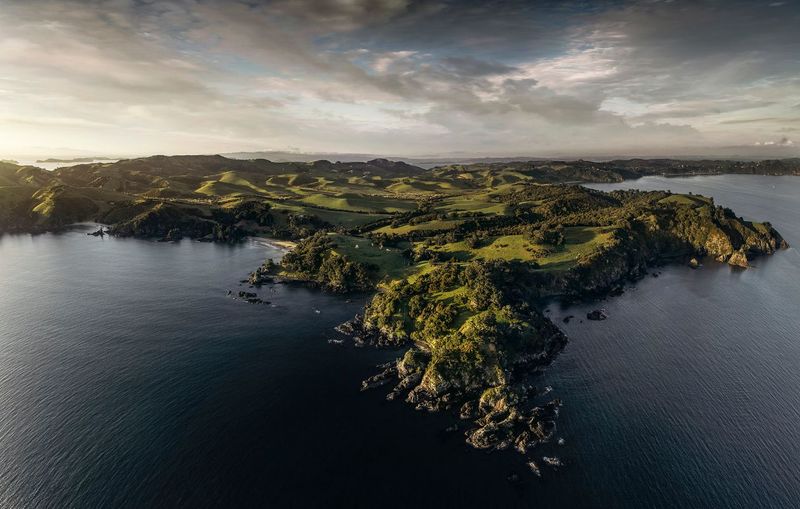 German born Stephan Romer now owns three galleries, one in Dusseldorf and two in New Zealand - in his home base for the last 10 years Queenstown, and more recently in central Auckland.

Stephan's intrepid - hanging out of helicopters and venturing into remote areas to capture his big scale ultra high-def landscape photographs.

And living in New Zealand is no barrier to his high end car photography.  These days, he tells Lynn Freeman, you don't need the car to film an ad.

In the weekend that France observes Bastille day we present a play about the French Revolution during the Reign of Terror. It concerns the transformation of private virtue into public terror.

Playwright Stuart Hoar treats history a little irreverently, but his purpose is to pare away irrelevant detail in order to highlight his theme.  Terror and Virtue stars Stuarts Devenie, Robyn Malcolm and the late Grant Tilly.