Standing Room Only for Sunday 8 July 2018

Erin Harrington from Pantograph Punch looks at the Christchurch theatre scene - good news for the Court Theatre, les good for everyone else.  Tony Williams prefers to be called "goldsmith" than "jeweller" and after 40 years at the top of his game, he's allowed to do what he likes!   The new TV docudrama Mistress Mercy remembers one of the sensations of the early Nineties, when the country raced to their dictionairies to look up "dominatrix".  TV writer supreme James Griffin looks back on 10 years of the West family, and forward to the new series of Westside. A sound exhibition in Christchurch is the first one from a series inspired by the fall of the famous Christchurch Police Station - it's called Crux Te Punga.  Voices' Lynda Chanwai Earle is our guest oin the Laugh Track, while a new production of a 1950s French classic The Chairs tells its story in four different languages.  Novelist Amy Head's debut is set on 1950s rehab centre Rotoroa Island, and today is the finbal episode of Sonia Sly's fashion podcast My heels are killing me. 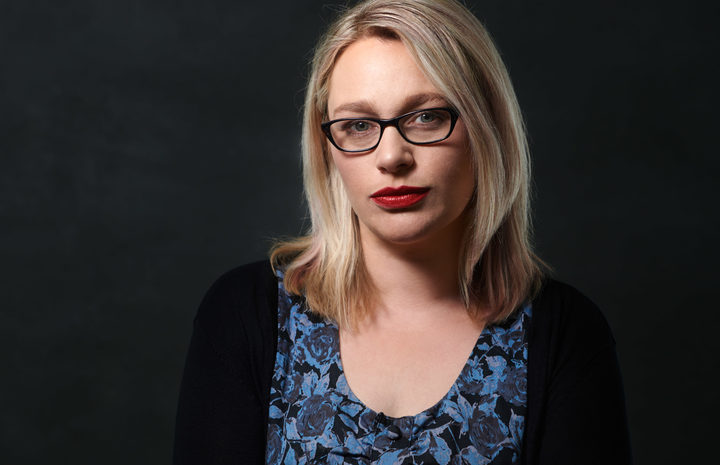 Years after the earthquakes, Christchurch is still desperately short of theatre space.   But now  the city council's investment of 30-million dollars to help the Court Theatre replace its very successful temporary home in Addington, is being widely applauded.

But there is dismay that the council wasn't prepared to fund the Andromeda theatre project which still needs around 19 million dollars. It was seen as a venue not only for local shows but for touring productions, which have precious few options in Christchurch.

Meanwhile The Piano music and arts centre wants a small 10 million dollar theatre while another company, Free Theatre, says high rent has forced it out of the Christchurch Arts Centre.

So - lots of ideas and lots of social media chatte.  Lynn Freeman discusses the issues with University of Canterbury English and Cultural Studies Lecturer, reviewer and writer Erin Harrington, who writes for Pantograph Punch.

12:33  Goldsmith Tony Williams - the man with the Midas touch 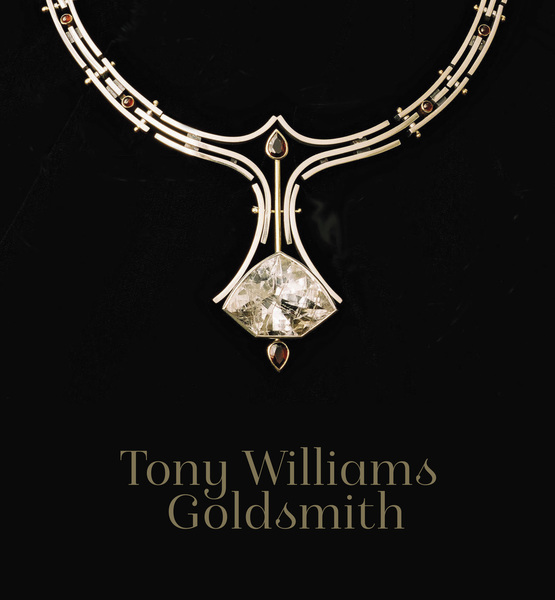 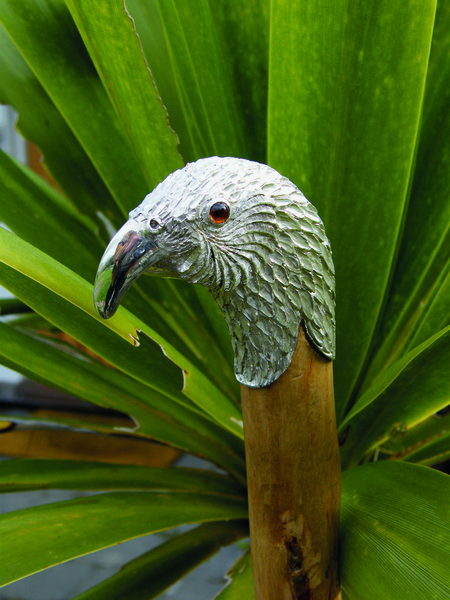 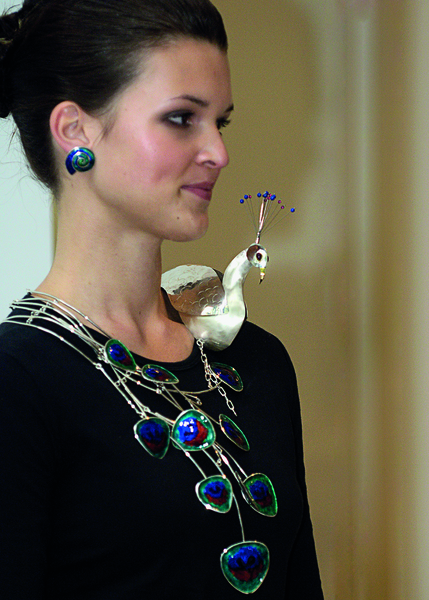 Tony's highly detailed dragonfly broaches are one of his signature works, though the Dunedin based goldsmith is also partial to creating dragons.

Now his four decades making jewellery and objets d'art are celebrated in a new book - Tony Williams, Goldsmith - following his career from the Birmingham School of Jewellery in the 1970s, to his return to New Zealand, and his own jewellery workshop.

Lynn Freeman talks to him about his illustrious career, and why he prefers to be called a goldsmith rather than a jeweller. 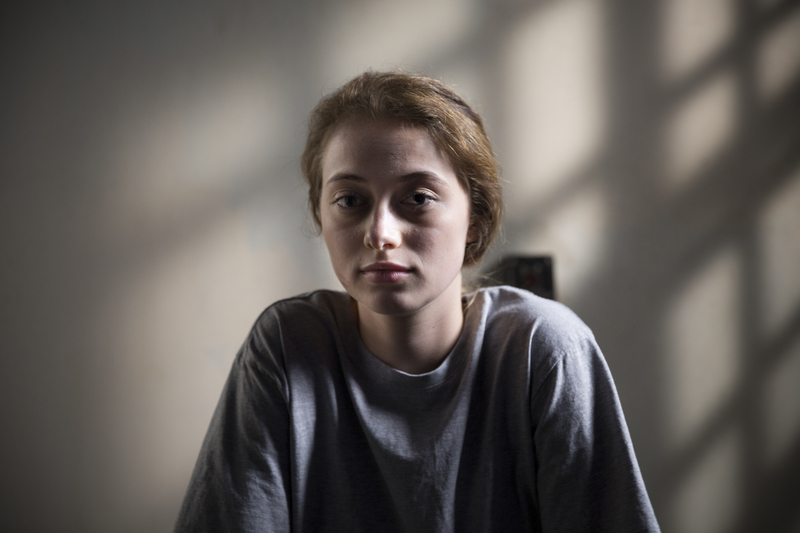 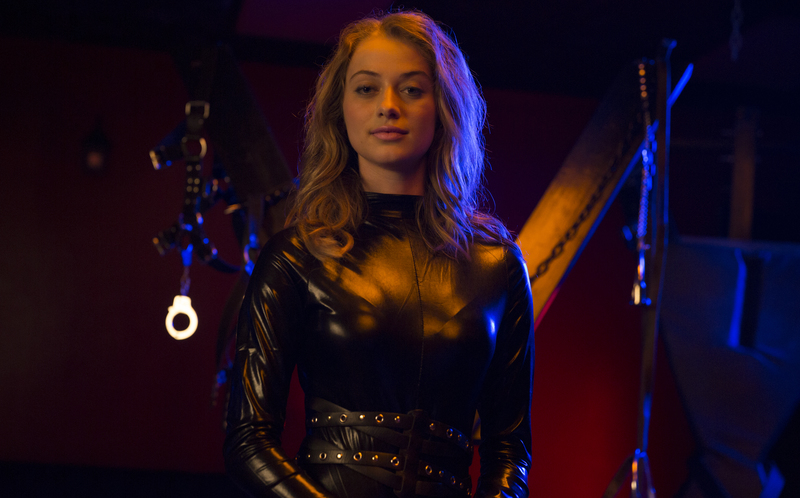 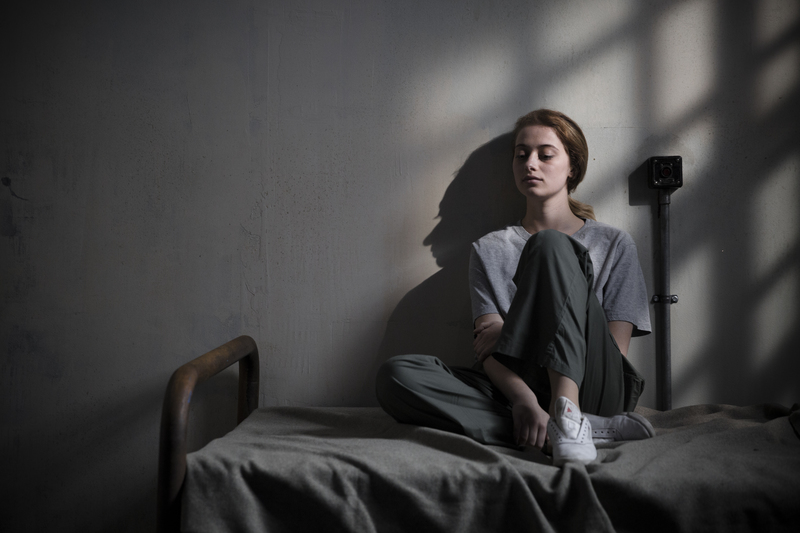 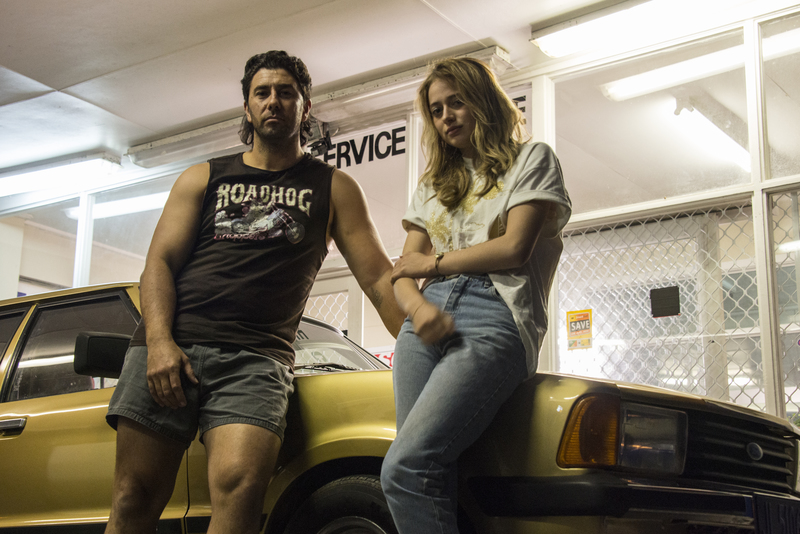 Xavier Horan and Manon Blackman as Neville and Renee

Simon Morris talks to producer Gary Scott and director Mike Smith about the true story behind the sniggering smoko jokes.

The docu-drama Mistress Mercy plays on TVNZ One on Sunday the 15th of July. 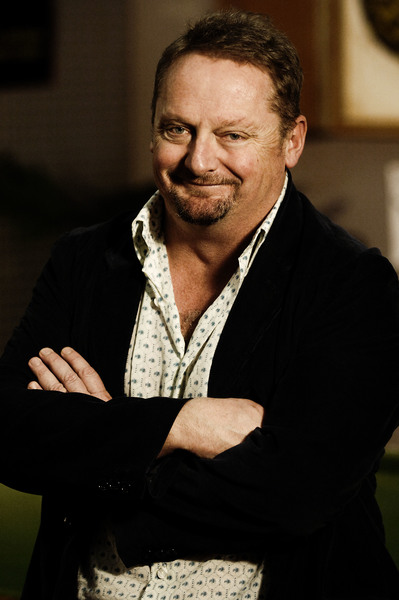 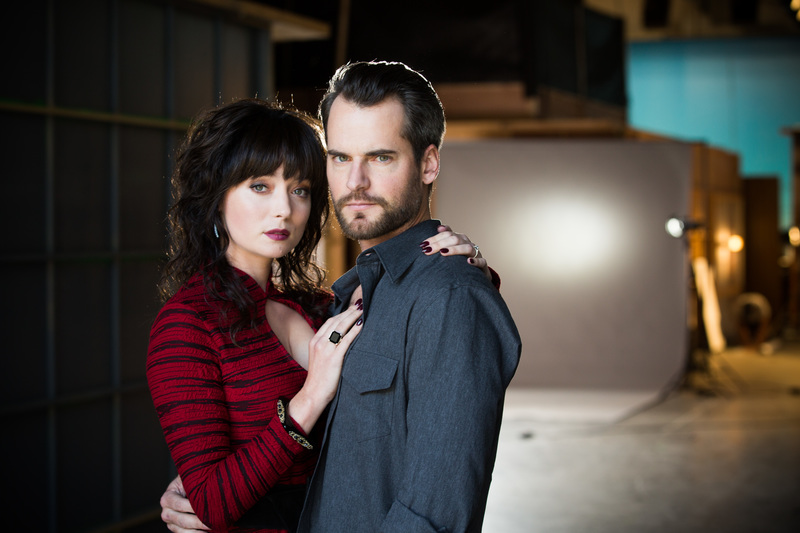 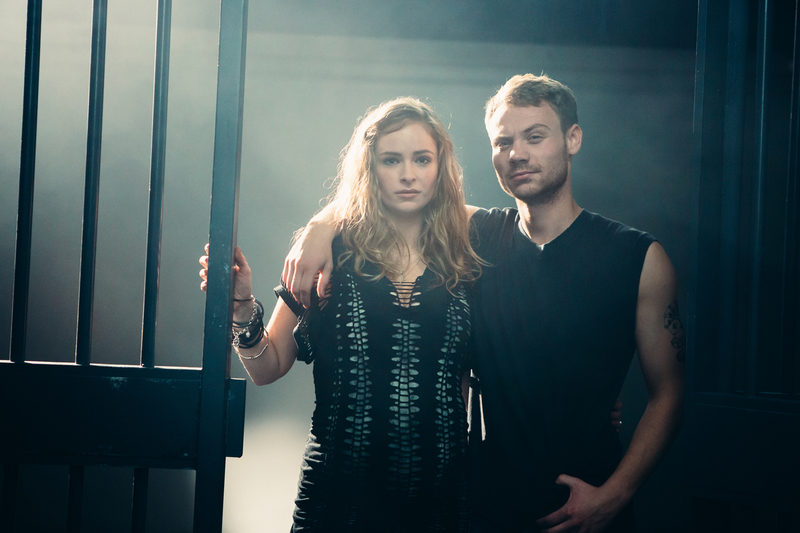 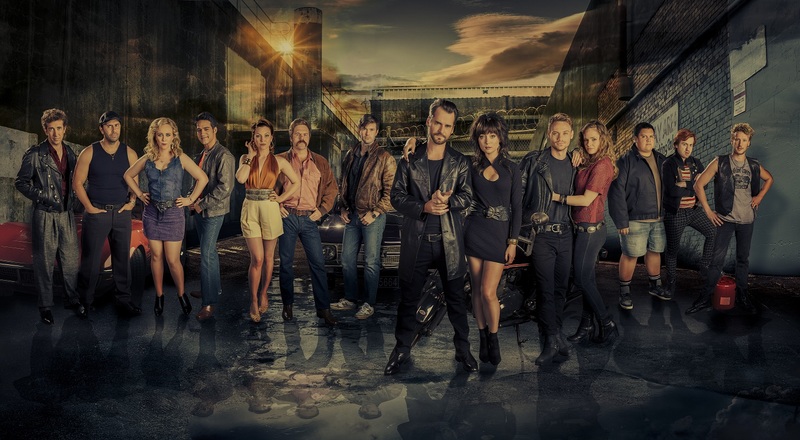 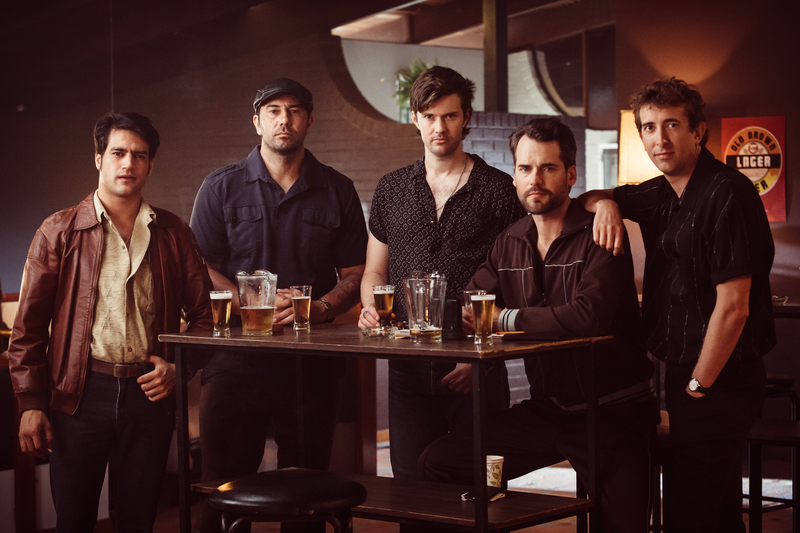 It's a very rare thing - a New Zealand drama, other than Shortland Street, surviving more than a few series.

Westside, the prequel to the hugely popular Outrageous Fortune, is about to launch into its third season - the 10th featuring Auckland's West family.

Lynn Freeman talks to writer and co-creator James Griffin about the series' wild Westies, and asks him if writing prequels are easier or harder than sequels.   Series Three of Westside starts this week on TV3. 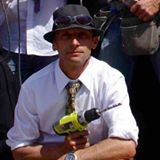 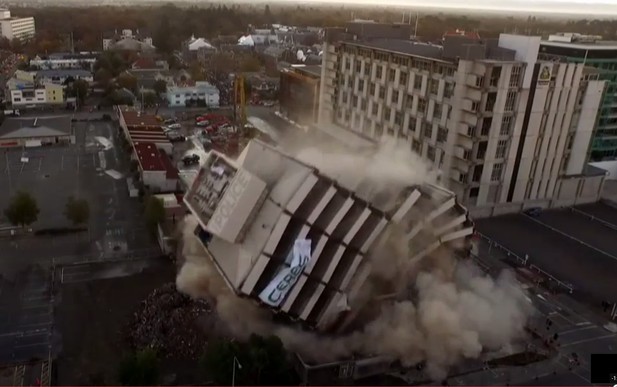 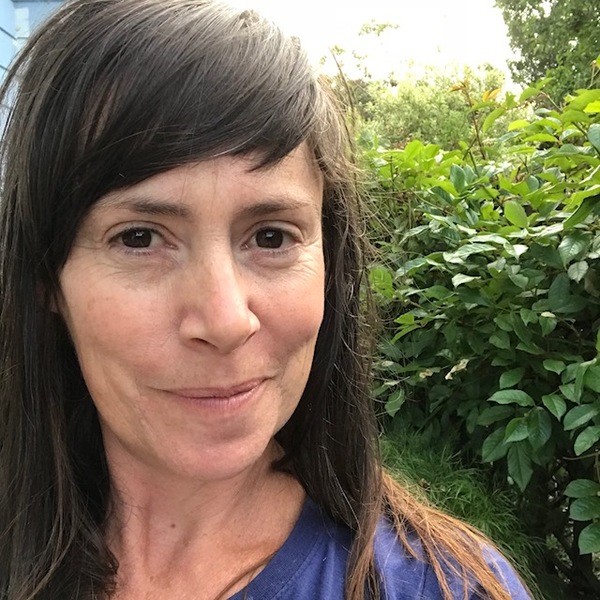 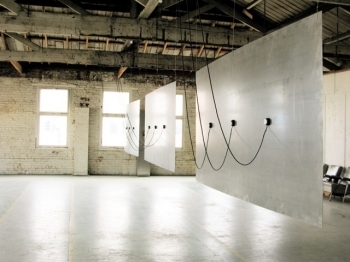 Through a cloud of smoke and dust 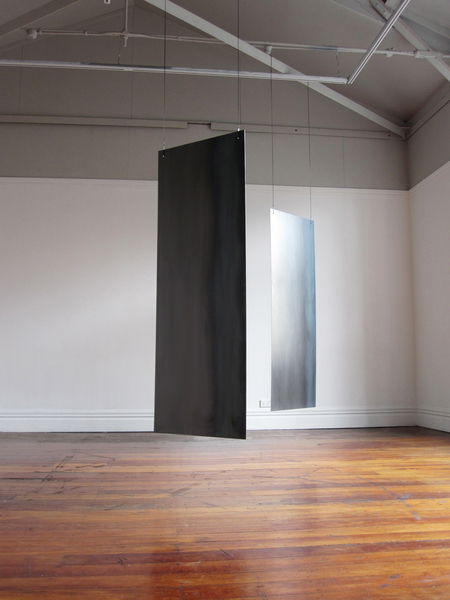 Before the Christchurch Police Station, with its distinctive 1960s brutalist design, was demolished three years ago, a handful of artists were given permission to collect artefacts, to film inside and to make sound recordings of the quake damaged building.

They were also there when it came down, an event thousands of people turned out to see in 2015.

What they've created from those ghosts of the building are now going on display in a series of art exhibitions -  Crux Te Punga - at Christchurch's COCA gallery in the CBD, very close to the original site.

Lynn Fremman talks with Trent Hiles, the driving force behind Crux Te Punga, and to the first artist on show, Dunedin-based sonic artist Rose James.   Rose's work of sound and sheet metal is called Through a cloud of smoke and dust... 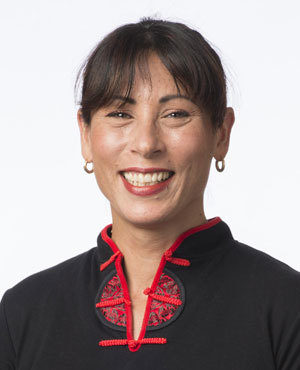 Lynda Chanwai Earle is about to leave her popular series Voices, the programme reflecting the ethnic communities of Aotearoa New Zealand. She's about to return to her first love, the theatre, and also write her first screenplay for a co-production with China of her play Man in a suitcase.

But she takes time out to share some favourite comedy moments with Lynn Freeman. 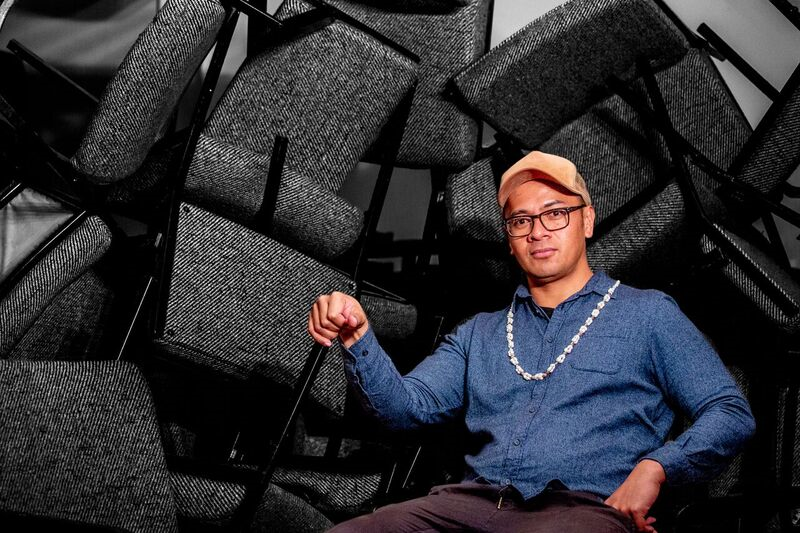 An absurdist French play has been translated into four languages for a series of productions celebrating Aotearoa's cultural diversity.

Les Chaises or The Chairs, written by Eugène Ionesco in 1952, will be performed in consecutive seasons in Te Reo Māori, Samoan, Cantonese and Pakeha English.

Nearly 20% of NZ's population speak more than one language, and that number is increasing.  Those involved in this multilingual project believe it's a watershed moment for theatre in Aotearoa.

The Chairs starts with the Pakeha English production on Wednesday at Te Pou Theatre in Auckland. 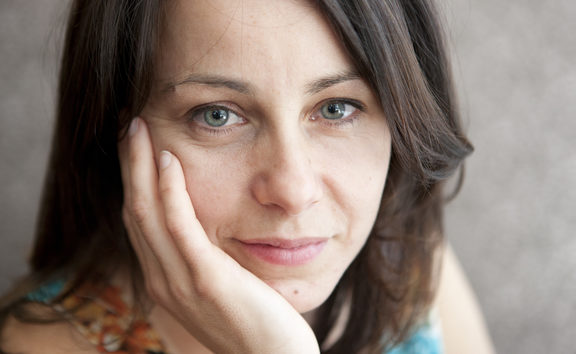 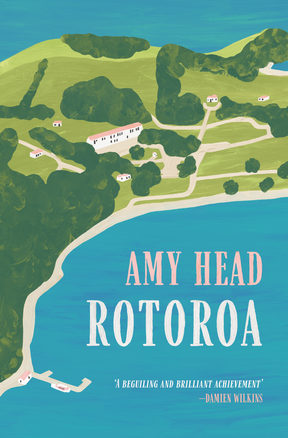 Rotoroa Island in the Hauraki Gulf is a wildlife sanctuary these days, but from 1911 to 2005  the isolated spot was home to a Salvation Army alcohol and drug rehabilitation centre.

And it's where Wellington writer Amy Head has largely set her first novel.  In Rotoroa she brings together three very different characters - a teenage mother, a journalist and one of the island's alcoholics.

Amy's set her story in the 1950s when New Zealand society was starting to change, if reluctantly.

Rotoroa by Amy Head is published by Victoria University Press. 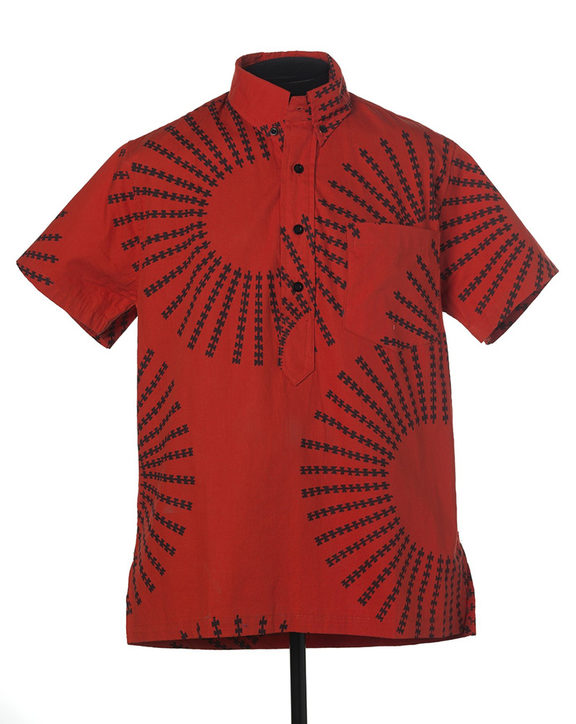 The final in this series of Sonia Sly's podcast all about fashion.

Today it's that colourful accessory to every TV private eye show set in Hawaii - from Magnum P I to Hawaii 5 0.  But has the Aloha or Hawaiian - shirt got more to teach us than we think?

On 7 July 2005,  terrorists detonated four bombs in London.  As well as the four bombers, 52 civilians were killed and over 700 more were injured in the United Kingdom's first suicide attacks.

The 53rd Victim is set during that terrible time - written by award-winner, Pip Hall.

Artist: Fistful of Mercy
Song:  Fistful of mercy
Composer: Arthur-Harper-Harrison
Album: As I call you down
Label:  Hot
Played at:  1.58