Join Simon Morris and Mark Amery for your weekly dose of great arts, culture, comedy and music. This week: Simon speaks to legendary film producer John Barnett; Mark has the first in a series of interviews with the nominees for this year's Walters Prize, the country's prememinent art prize, Ruth Buchanan; At The Movies Simon looks at Upgrade, Tea with the Dames and Duck Duck Goose; Mark talks to up and coming Samoan dancer Aloali'i Tapu about his return to South Auckland; Simon chats with Auckland Theatre Company's Philippa Campbell about adapting Chekov's The Cherry Orchard; on The Laugh Track is Joel Baxendale of Wellington theatre company Binge Culture Collective with selections from The Goon Show, Philomena Cunk, Simon Amstell and Bojack Horseman; Mark speaks with poet Helen Heath about her book of poetry Are Friends Electric?; Simon talks to Indian theatre company Prayas' Sananda Chatterjee and Amit Ohdedar; on My Heels Are Killing Me B-Boy Step One and B-Girl Nossy share why style is just as important as their moves with Sonia Sly; and on Drama at 3 we have Dexter Guff is Smarter Than You (And You Can Be Too) and our series on  the life of Te Wherowhero the man who became the first Maori king 160 years ago. Sunday's musical theme? Electricity 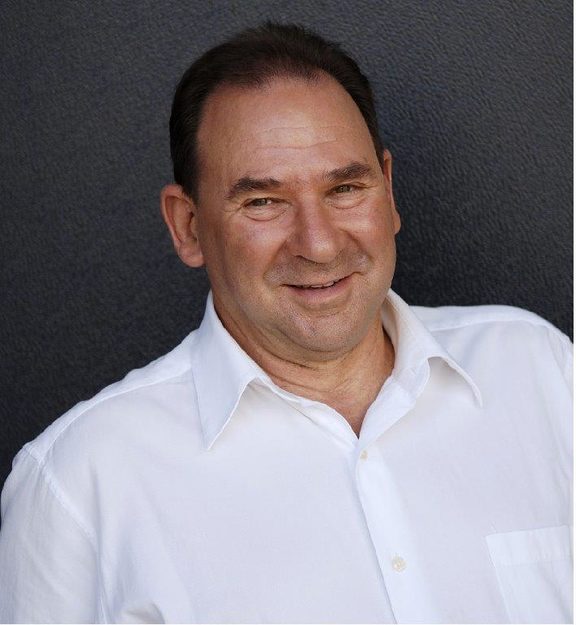 Last year saw a remarkable output of films during the final year at the New Zealand Film Commission of outgoing CEO Dave Gibson. But there have been questions as to the quality alongside the quantity. What can incoming boss Annabel Sheehan do to rectify this? Simon Morris talks to veteran film-maker John Barnett, formerly of South Pacific Pictures about the state of the industry. Barnett is working on a screen adaptation of the play Krishnan's Dairy, Tip Top Taj Mahal directed by Lee Tamahori. Barnett discussesother new projects, and about filmmakers knowing their audience. 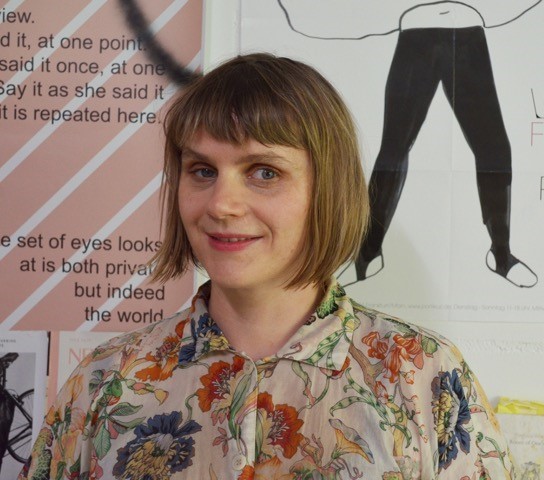 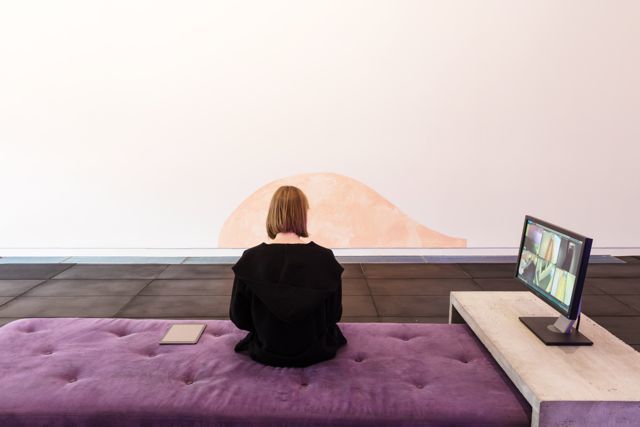 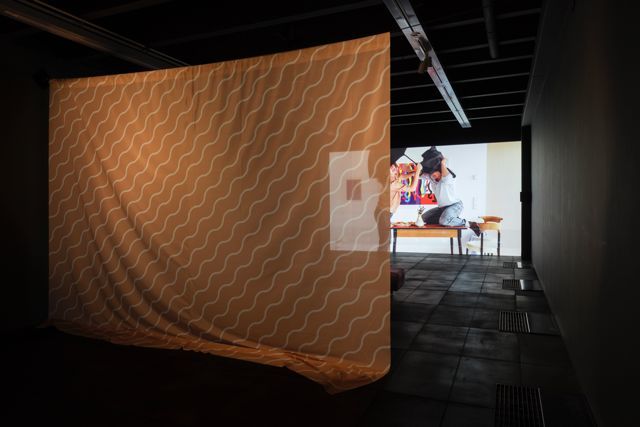 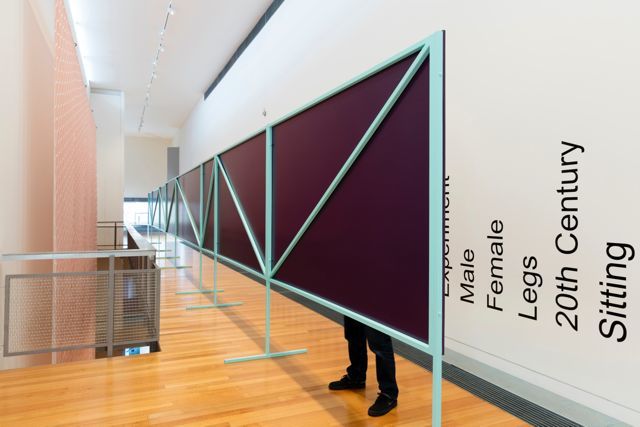 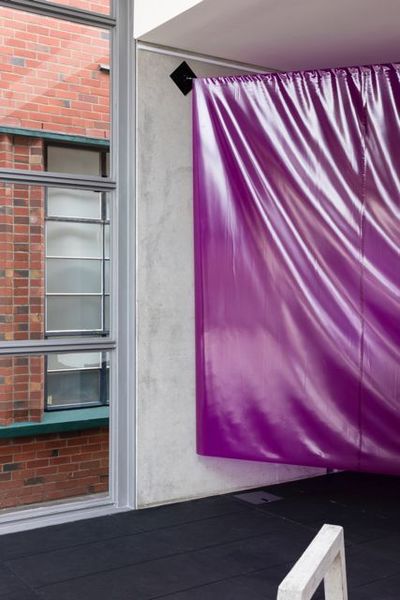 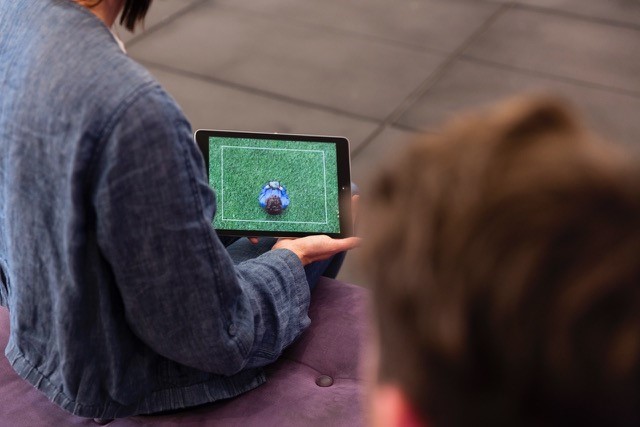 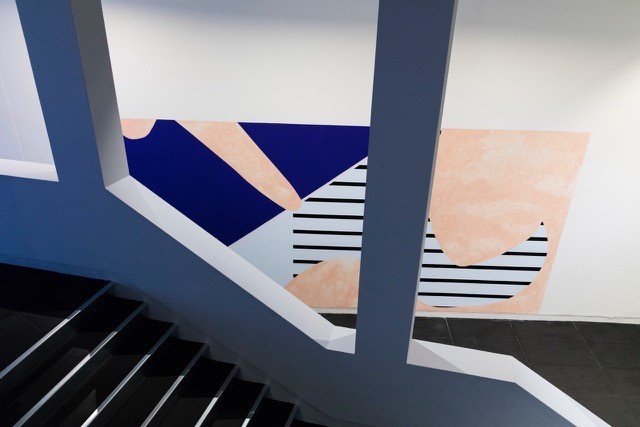 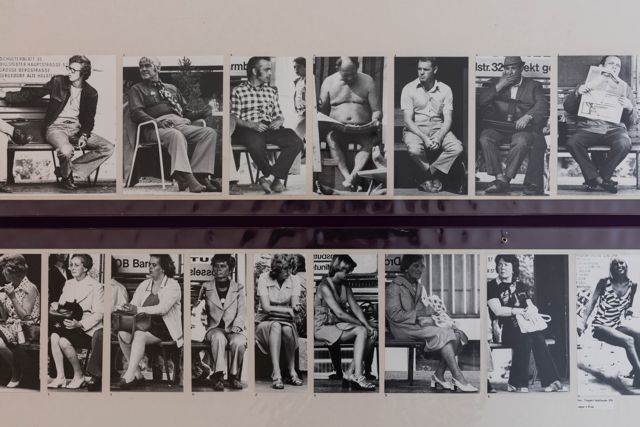 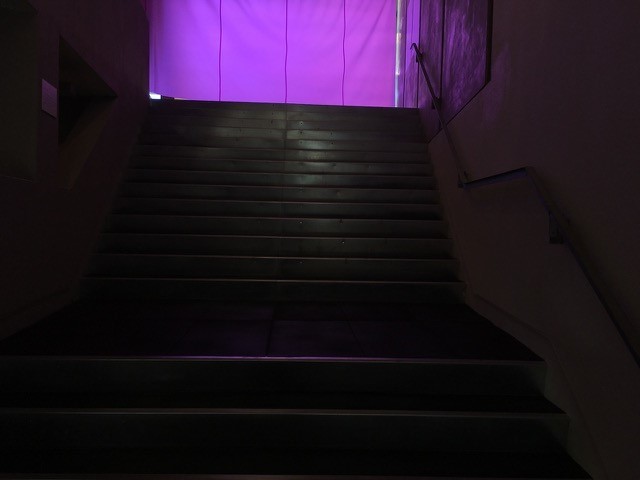 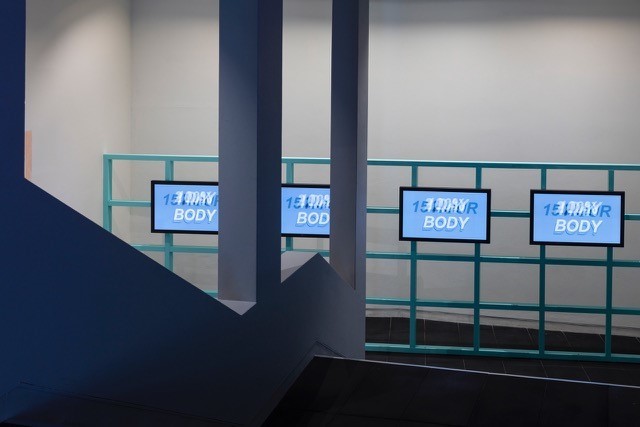 The shortlist exhibitions for the 2018 Walters Prize have been announced with the works to be re-staged at Auckland Art Gallery in August, and the winner to be announced in November. The Walters is New Zealand’s preeminent contemporary art award  highlighting some of the most vital, interesting art being exhibited right now. In a series on Standing Room Only we're focusing one each of the four exhibitions and their artists or curators.

Shortlisted is Ruth Buchanan’s stunning installation Bad Visual Systems, first shown at Adam Art Gallery Wellington in late 2016. Bad Visual Systems is incredibly bold and experimental in shaking up the exhibition experience, trialing new ways for us to encounter space and think about the role of artists and how things are organised.

Mark Amery is joined by Ruth on the line from Berlin.

Simon Morris this week looks at Upgrade, Tea with the Dames and Duck Duck Goose. 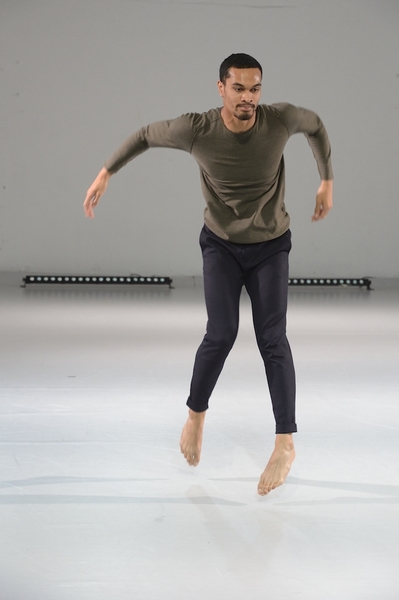 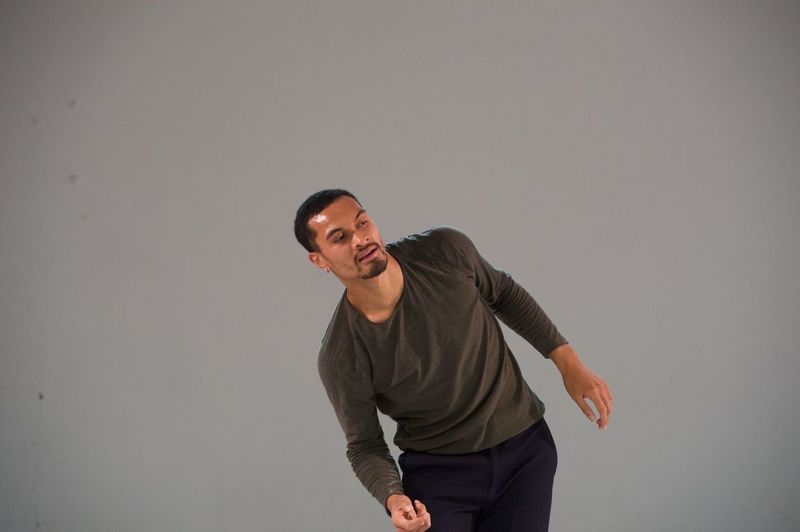 Bringing together the hip hop he grew up with in Otara and the contemporary dance he came to as an adult, young dynamo dancer Aloali'i Tapu has for the last three years divided his time between Auckland and Berlin working with one of Berlin's leading choreographers and with companies here.

Now he's giving back: premiering his work Goodbye Naughton at Mangere Arts Centre in Auckland as part of Pacific Dance Festival, a work that talks of reclaiming identity and also touches on the difficult issue of young male suicide in his Otara community. He spoke to Mark Amery. 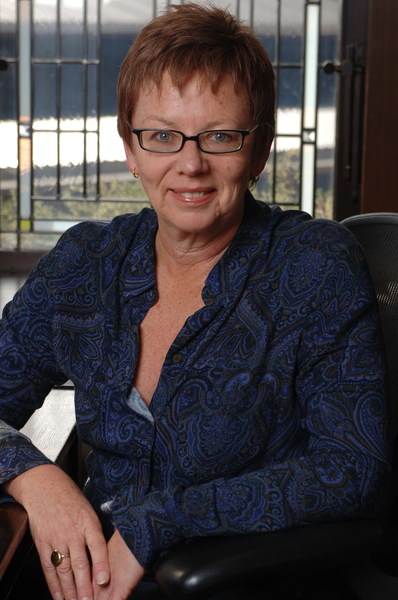 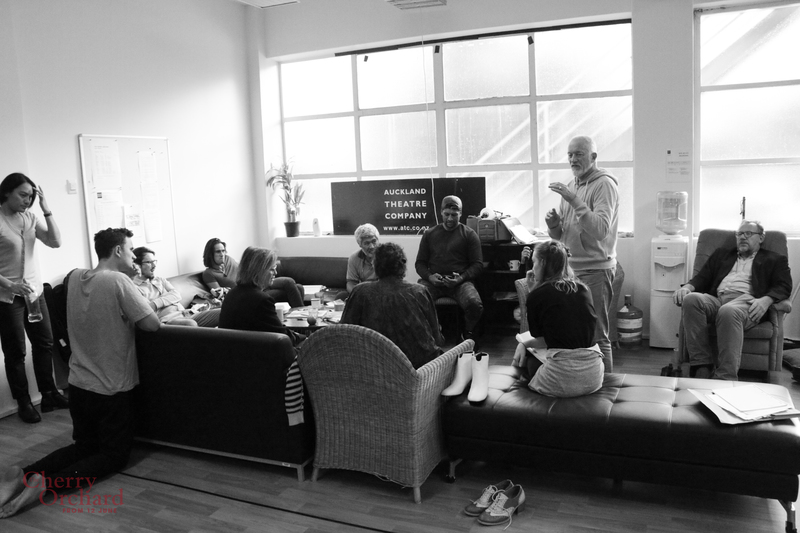 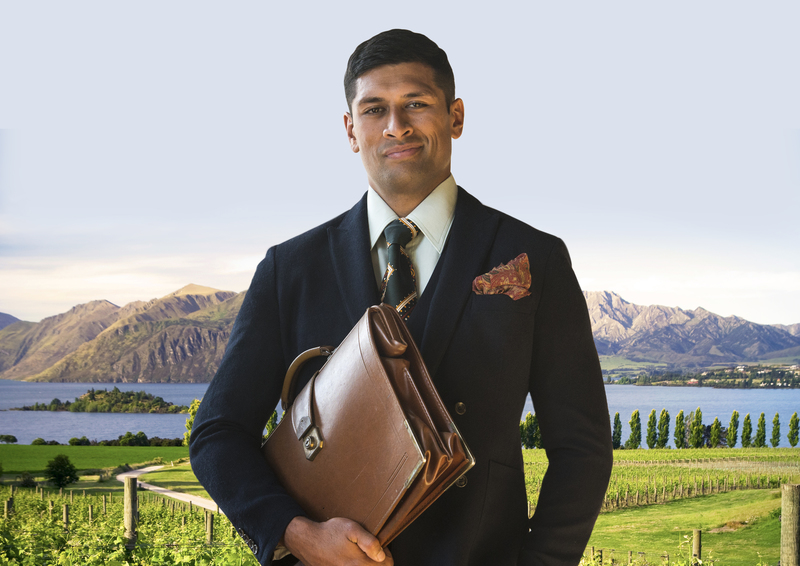 Auckland Theatre Company's new production is Anton Chekov's much loved The Cherry Orchard, but its been adapted to New Zealand during the 1970s, and ther3 are four adapters, including director Colin McColl and the ATC's Literary Manager Philippa Campbell.

Philippa is know for her work as a film and TV producer - most recently notably Jane Campion's Top of the Lake - but she has also been the ATC's literary manager and resident dramaturg  (script advisor) for 10 years, commissioning new plays and nurturing the practice of playwrights. Colin Morris spoke to Campbell about what this work involves and the interesting journey she and her fellow adapters have taken with Chekov's play. 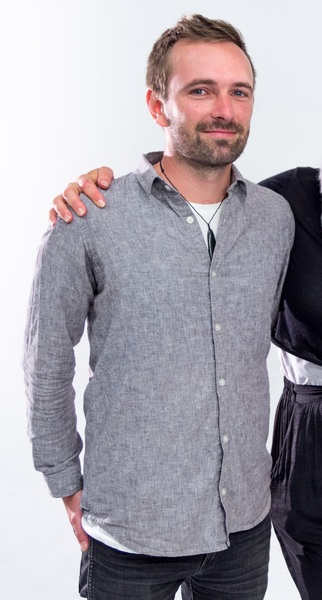 Our guest on the Laugh Track is Joel Baxendale of Wellington experimental theatre company Binge Culture Collective who have a new work Yorick! reinventing Hamlet in musical theatre form as part of Q Theatre’s development programme Matchbox. Binge Culture Collective have travelled the country and the world doing everything from getting strangers working together to save a pod of stranded whales played by the company, to a staged courtroom scene based around social issues, unauthorised audio tours of supermarkets, Te Papa and Victoria University and - then - five hour devised comedic works in actual theatres. Joel's choices on the Laugh Track are The Goon Show, Philomena Cunk, Simon Amstell and Bojack Horseman. 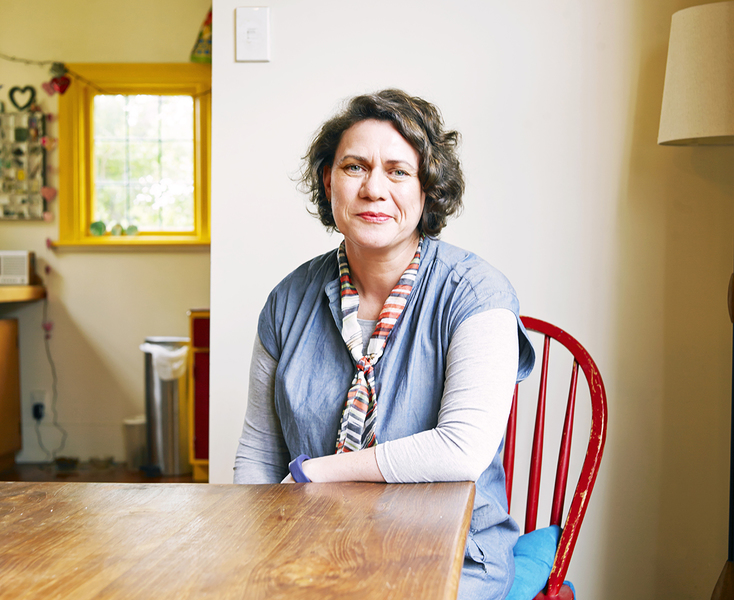 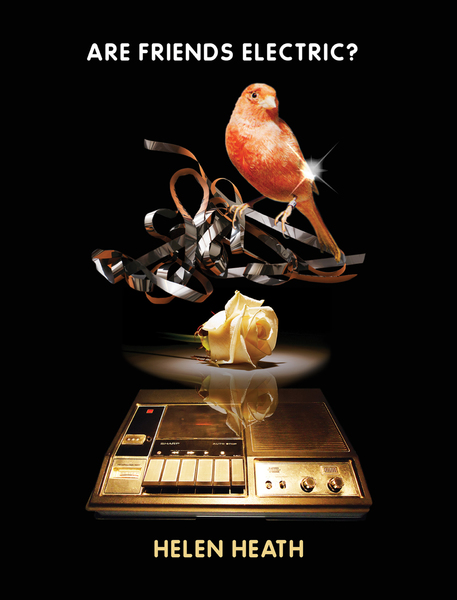 June 2018 on Standing Room Only we are featuring a series of interviews by Mark Amery with New Zealand poets with new books just out. Our first is with Wellington poet Helen Heath whose second book of poetry Are Friends Electric? is being released this week by Victoria University Press.

It follows Graft in 2012 which won Helen the Jessie McKay award for Best First Book of Poetry and several prizes for science writing. Indeed Helen's work is marked by its adventurous collaboration with other artists and disciplines to better understand how science and culture can inform our daily personal lives.

Are Friends Electric? reflects Helen's interest in the effects technology is having on our lives and relationships. It looks to a past, present and future mediated by technology and how we incorporate it into our lives and bodies. In the first part there are what she calls 'found poems' (one has been created from putting the contents of the book into Gregory Kan's random text generator which you can try out here), The second part is a series of speculative poems on grief, in which Heath asks how technology can keep us close with those we have lost.

As Helen's discusses in this interview, you can listen to a Spotify playlist of music that helped inspire Are Friends Electric? here 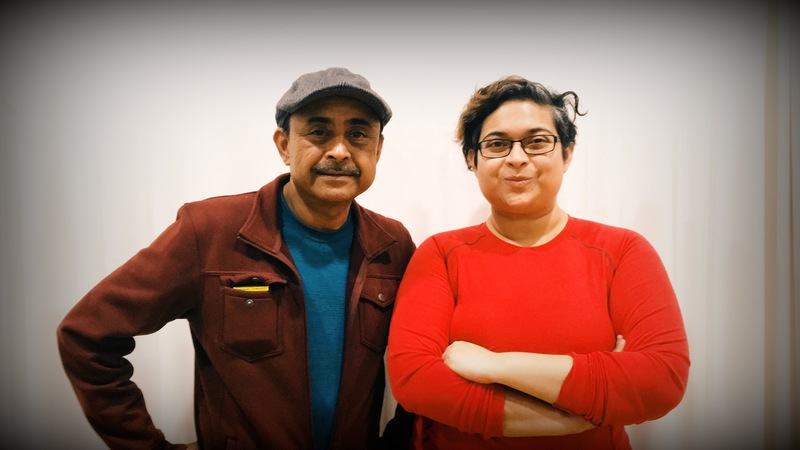 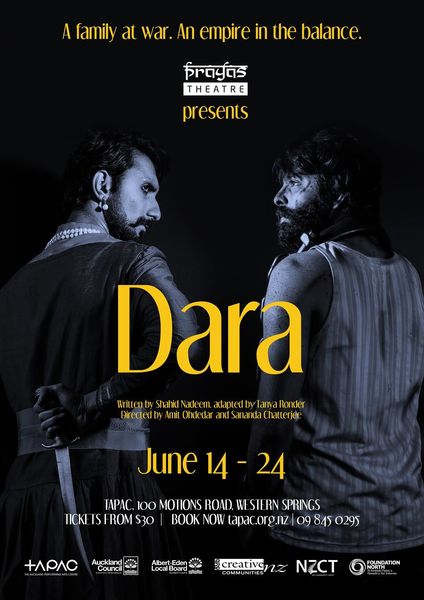 Indian theatre company Prayas' Sananda Chatterjee and Amit Ohdedar are the directors of Dara which opens at Auckland's TAPAC. It's 1659 in the imperial court in Mughal India, a place of opulence and excess, with two brothers, whose mother’s death inspired the Taj Mahal, fighting ferociously for succession. Its an epic production with a large cast. 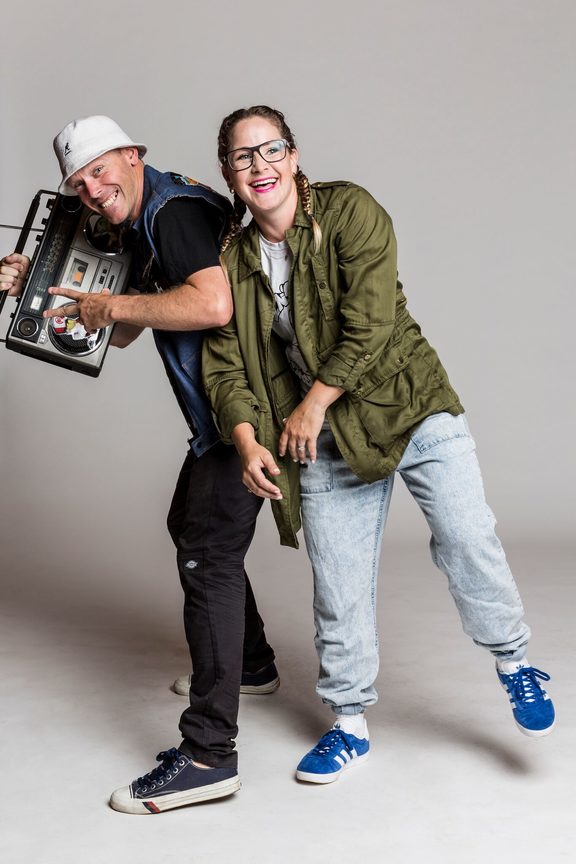 In this episode of My Heels Are Killing Me B-Boy Step One and B-Girl Nossy share why style is just as important as their moves when they battle it out on the dance floor. Sonia Sly has more…

Dexter Guff is Smarter Than You (And You Can Be Too) - our satirical series that masquerades as a self-improvement guide. In this the penultimate episode Dexter’s producer Tammy resigns, and Dexter does a special on-location episode from the Innovation Now conference in Pittsburgh where he  finally sits down with his thought-leader crush, Sharon Doyle.

Then, to our series on  the life of Te Wherowhero the man who became the first Maori king 160 years ago. The story is told by Selwyn Muru. This episode: after the loss of Matakitaki Pa, Waikato and Ngati Maniapoto lands are under the control of Hongi Hika. But Te Wherowhero exploits the Ngapuhi  lack of discipline with an attack that ends the occupation.

Today's Music - Our theme is electricity