12:15  The future for arts reviewing online 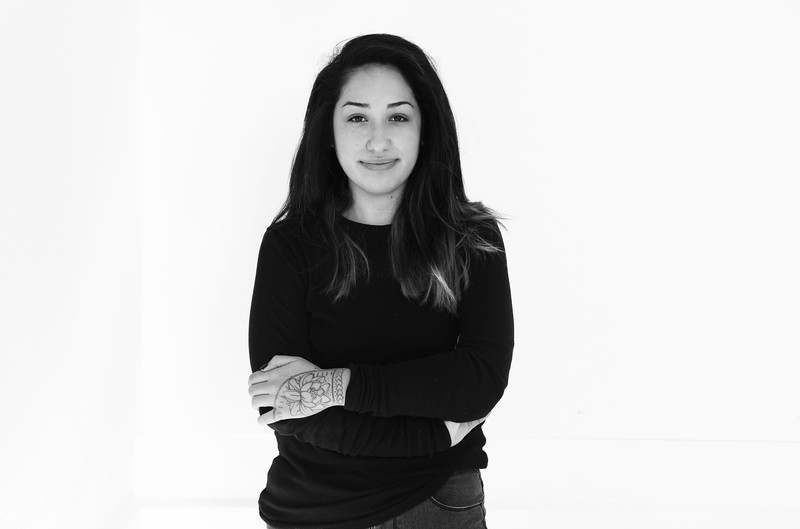 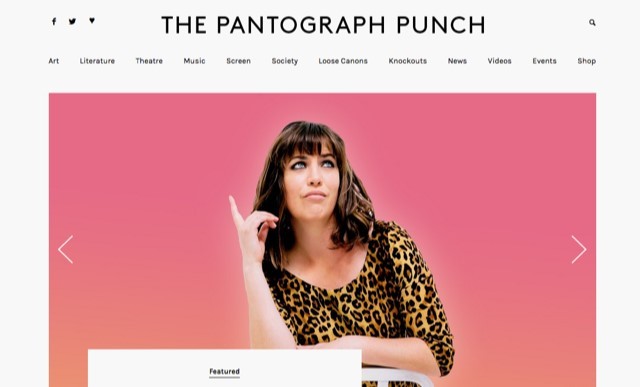 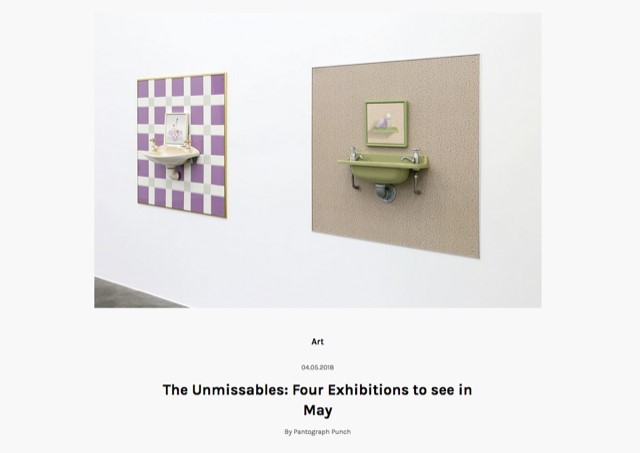 We continue our investigation into arts reviewing, by looking at the growing importance of reviewing online. You'll hear how website Pantograph Punch is balancing its review output with its desire to pay its writers - notoriously a poorly paid profession.

But online reviewing can't replace printed newspaper reviews, which used to be in every major paper as well as magazines like The Listener. Things have changed and more changes are coming.

Last week on the programme we heard from two reviewers from Stuff newspapers.  Visual arts columnist Dr Warren Feeney from The Press will still write for the paper but with less focus on local exhibitions.  After more than 20 years as a theatre critic, Ewan Coleman is no longer working for the Dominion Post.  The news followed the Stuff newspaper shift to a tabloid format two weeks ago.

Mayor Justin Lester who holds the City Council's arts and cultural portfolio, has met with the Dominion Post recently. Ahead of that meeting Justin Lester spoke to Standing Room Only producer Mark Amery for this item. The editor of The Dominion Post and Stuff in Wellington, Eric Janssen isn't available to come on the show but has sent us this statement:

"We fully realise the value to, and importance of, the arts in Wellington - and Stuff and The Dominion Post will continue to give it as much coverage as resources allow and, most importantly, our readership tells us to be valued.
We have made changes to our pages and some cuts to our coverage because detailed research into reading habits - online and print - showed surprisingly and disappointingly low readership. We have diverted some of those resources to arts coverage that is read by tens of thousands, rather than a few dozen.

We have retained most of our expert reviewers, whose work on local productions, along with that of our own staff, will shift from the culture page to news pages. The culture pages will focus on arts of national scope and significance.
We will also give more space and attention to the arts in Wellington on our Capital Day page.

We're operating in a very tough media environment, which forces us at times to make decisions unpopular with certain groups or sectors. We, too, would love it to be otherwise, but that is the reality.

It must, however, be stressed, that that reality is a long way off the 'death of arts in Wellington' as some critics have been quick to conclude.

The show will go on."

Standing Room Only producer Mark Amery is an arts writer and reviewer and Lynn Freeman took over from him as Theatre reviewer for the long-gone free paper Capital Times. Both spoke to Editor in Chief of online arts platform Pantograph Punch, Lana Lopesi, to discuss the changing environment for arts reviewing in New Zealand and their own website's recent decision to cut back on its arts reviewing. 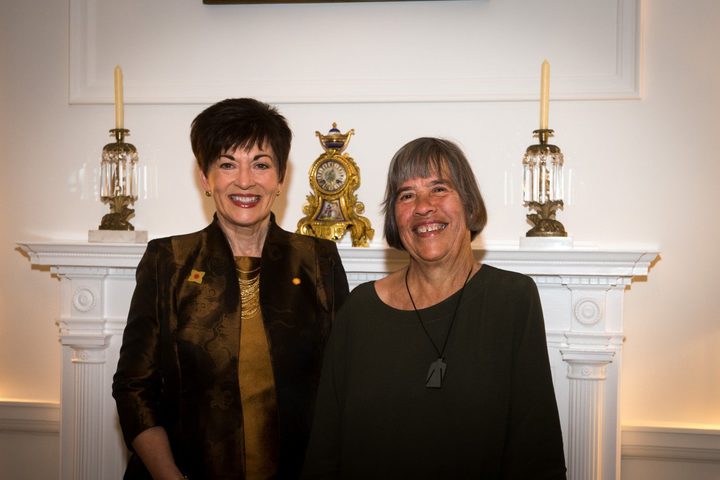 Dame Gillian Whitehead has many honours and awards to her name for her distinctive chamber, choral, orchestral and operatic compositions and her many CDs. But receiving the Arts Foundation Arts Icon medallion on Wednesday, she says, was truly remarkable. There are only twenty Icons at any one time, and when one dies their medallion is passed on to the next senior and distinguished artist chosen to take on the mantle. Dame Gillian also taught music for many years but these days is a full time and busy composer who's in demand here and overseas. Lynn Freeman spoke to her. 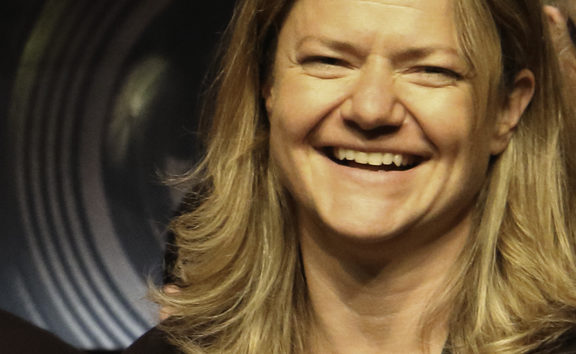 Repatriation, innovation, virtual reality and other digital opportunities and issues around earthquake strengthening buildings will all come up for debate next weekend at our museums' national conference in Christchurch. The MA18 Conference brings together several hundred museum leaders to talk about a time of rapid change in how museums display their taonga and how they reach out to their communities. Lynn Freeman spoke to Phillipa Tocker who's the Executive Director of Museums Aotearoa, and to one of the guest speakers, futurist Kaila Colbin who's
curator of TEDxChristchurch and TEDxScottBase, co-founder and Chair of the Ministry of Awesome and a director of ChristchurchNZ which is responsible for tourism, major events and economic development in the city.

This week while Simon Morris is on a well deserved break Dan Slevin reviews Wes Anderson's animated tribute to Japan, Isle Of Dogs, the horror flick Truth Or Dare and finds out about the 13th Doc Edge Film Festival. He also heads to The Breaker Upperers. 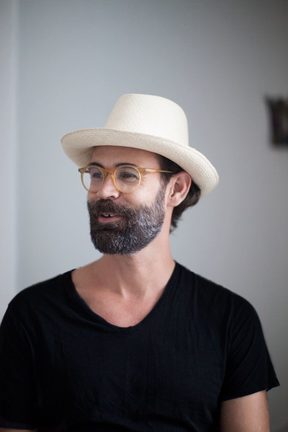 Why should New Zealand invest in sending artists to be part of the Venice Art Biennale? It's not an argument you hear too often these days, unlike the early years, with Kiwi artists earning critical acclaim when taking part in the highly competitive visual arts festival. But a panel in Wellington recently debated the subject and it included American curator Chris Sharp.He's working with next year's New Zealand Biennale artist Dane Mitchell, who when we spoke to him a few months ago said he's planning a kind of soundscape throughout Venice. Chris's day job since 2013 is running a project space called Lulu in Mexico City but he's also working on several international exhibitions. 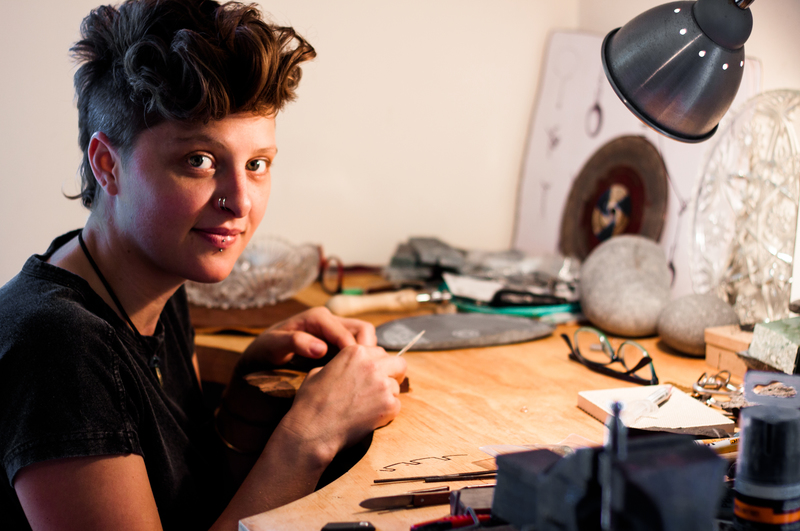 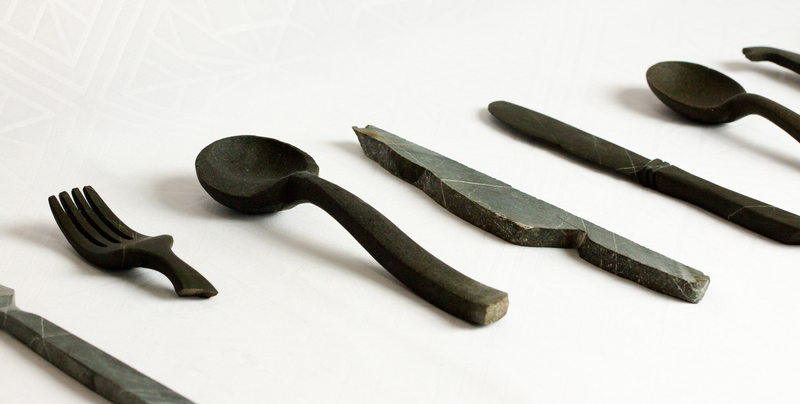 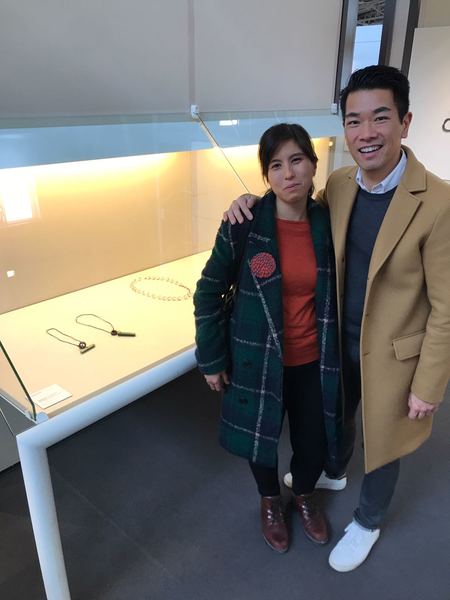 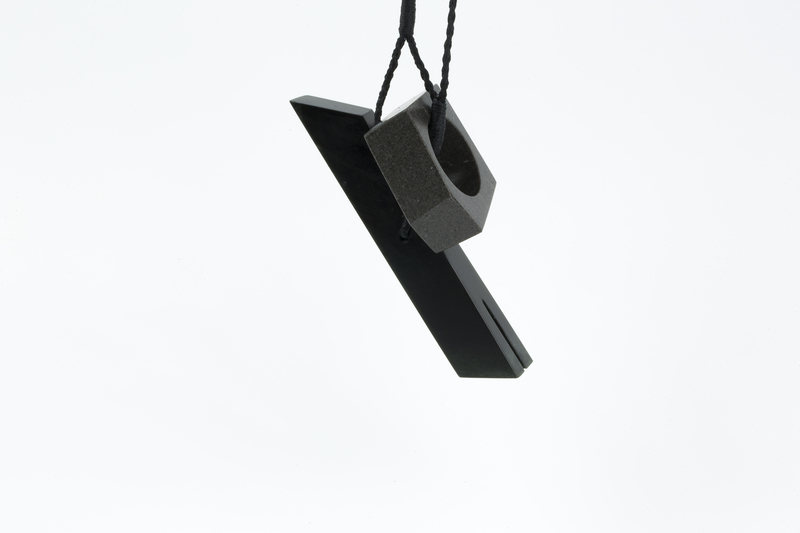 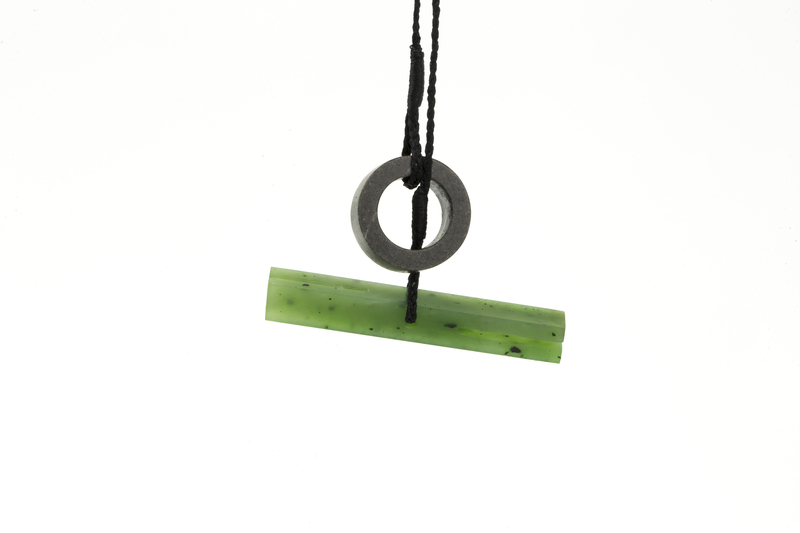 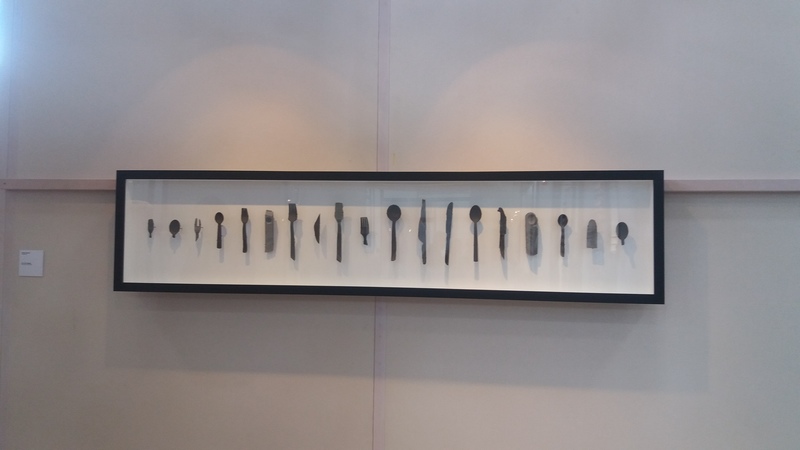 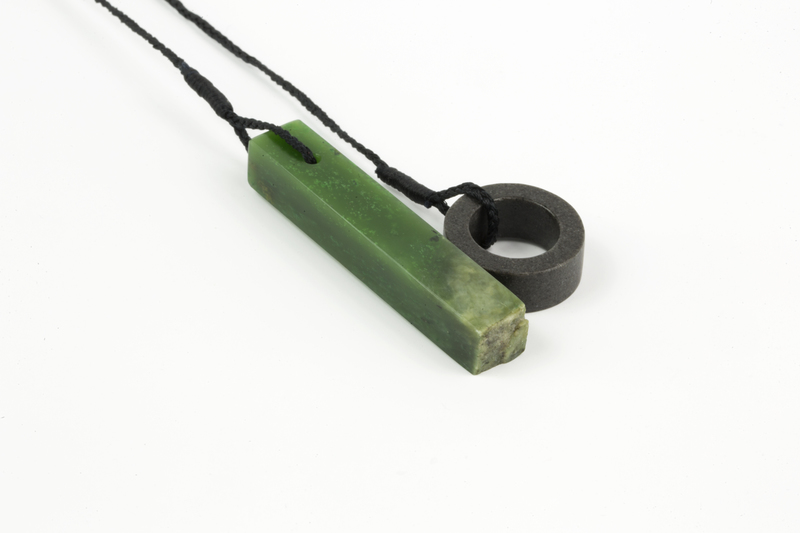 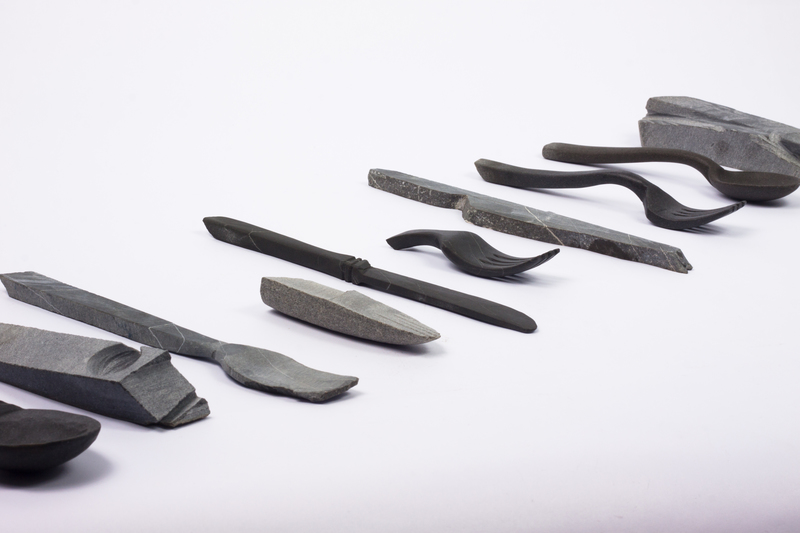 For some years now New Zealand has sent delegations of experienced and up and coming jewellers to show their work at one of the largest and most influential trade fairs in Germany. Twenty-three of them were at the International Skilled Trades Trade Fair in Munich this year, all exhibiting alongside international jewellers hoping to catch the eye of visiting curators, gallery owners and collectors. On the list alongside big names like Lisa Walker, Warwick Freeman and Joe Sheehan, were our guests Whitireia Institute of Technology student Renee Pearson and graduate Grace Yu Piper, who exhibited at the Talente showcase for emerging makers and designers seeking to launch their careers.

Renee won the 2018 Talente Prize awarded by an international jury to recognise outstanding new talent in design and technology. A huge achievement - there were about 100 jewellers vying for the top prize.

A star of this year's NZ International Comedy Festival is English political comic Fin Taylor. He began performing at Bristol University in 2009 and since then has forged a reputation as a highly respected live act and MC on the UK circuit.He is also one of the creators behind cult Edinburgh hit the Bearpit Podcast Podcast. His picks on the Laugh Track: Norm MacDonald, Tom Ward, Kerri Godliman, and Ross Noble. 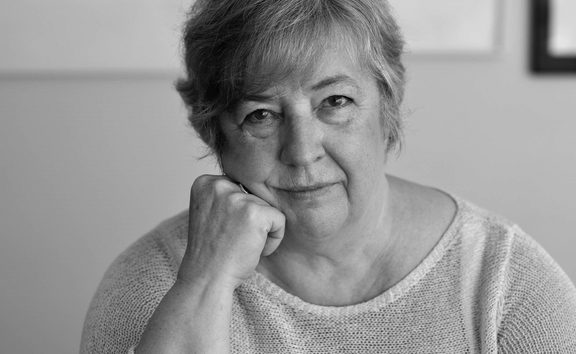 The strained relationship between two sisters is explored in  Swedish-Kiwi writer Linda Olsson's fifth novel, A Sister In My House. Cynthia Morahan reads from the book.

Set in Spain, but moving between the past and the present, Linda reunited half-sisters Maria and Emma, who've not seen each other since their domaneering mother's funeral two years earlier. There's a big age gap, important things left unsaid, and they're very different personalities.  Maria left home as soon as she could while Emma stayed near their mother til the bitter end. Maria's twin sister Amanda, who died some years earlier, is also an important part of the story - and the conflict. 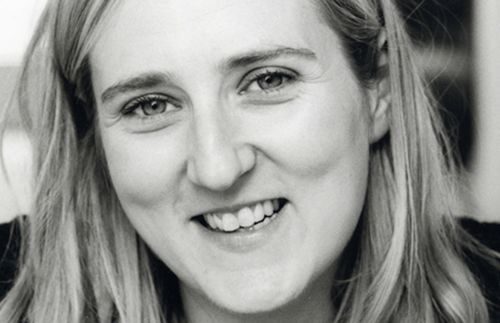 As the daughter of the late artist Lucian Freud and great-granddaughter of psychoanalyst Sigmund, Susie Boyt had a remarkable childhood on which to draw for her own career as a novellist and columnist. She reflected on an interesting if financially tough upbringing in her memoir My Judy Garland Life and has also written six novels including Love & Fame and The Small Hours.

More recently she's edited The Turn of the Screw and Other Ghost Stories by Henry James,one of her favourite authors. For the Financial Times, Susie Boyt writes a column on shopping for the Weekend supplement. She's in New Zealand for Auckland Writers Festival this week. Lynn Freeman asked her about dividing her time as a writer between novels, editing and columns: 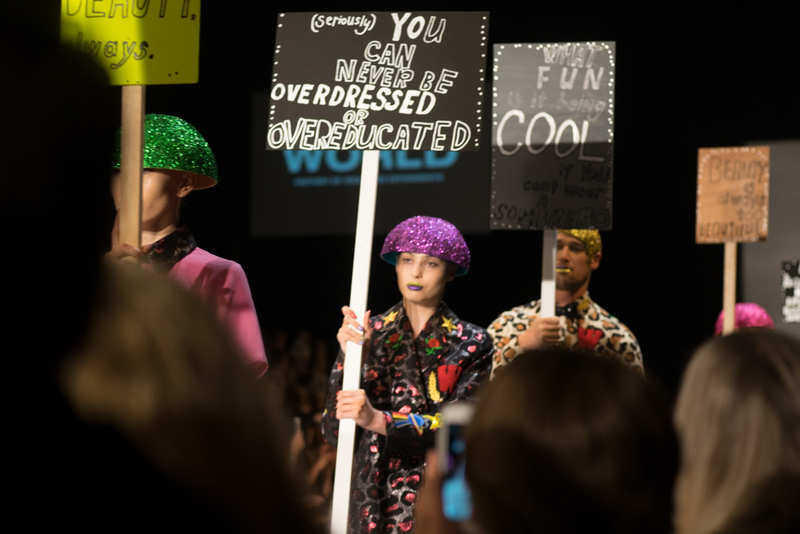 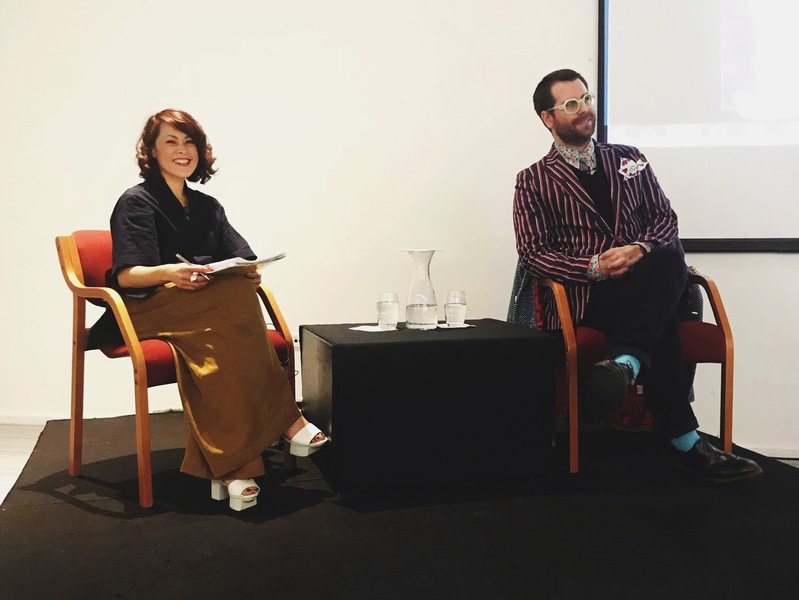 Benny Castles from World addresses the changes in the New Zealand fashion industry, the many challenges of local production and why the fashion industry requires passion and commitment, recorded live at iD Fashion Week with Sonia Sly for this episode of My Heels Are Killing Me.

This afternoon we have episode two of a comedy series that masquerades as one of those how-to-improve yourself recordings. A 10-stage course from a 'thought leader' at the top, and then the bottom, of his game.
Dexter Guff is Smarter Than You  - And You Can Be Too features the comedian Peter Oldring in the title role.

Then we join Selwyn Muru for this week's episode of Te Wherowhero a biography of the first Maori King, adapted for radio by Selwyn Muru and  Rangi Chadwick from the book 'King Potatau' by Pei Te Hurinui.

Will be added by 3pm Sunday