Standing Room Only for Sunday 6 May 2018 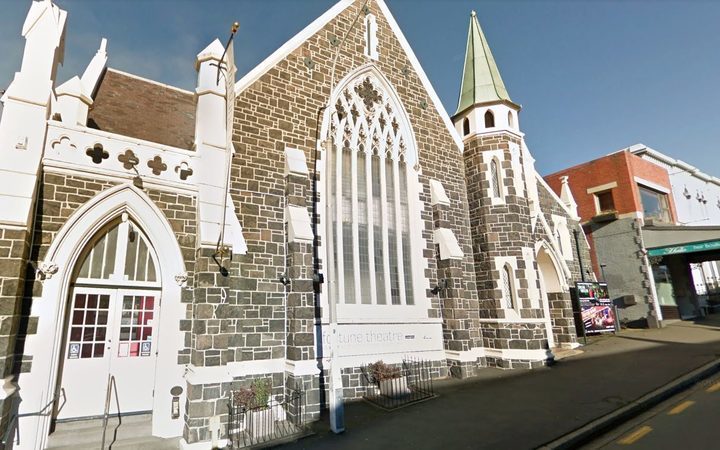 Outrage, concern and tears have followed the news this week of the Fortune Theatre being put into receivership. Otago University theatre studies students have called a public meeting on Tuesday for people wanting to save the venue, and there are suggestions from the Fortune's board that they might seek to be part of a new arts hub. The sudden and unexpected closure leaves Dunedin without a professional theatre, 11 staff without jobs and one less outlet for the city's and visiting theatre practitioners.

What's gone wrong and should this raise concerns for any other of our precious few professional theatres still standing? Lynn Freeman is joined for a discussion on the future of the theatre with Dunedin Director and Otago University Theatre Studies Associate Professor Lisa Warrington, Dunedin critic and actor Terry MacTavish and an outspoken critic of the Fortune board this week actor and broadcaster Peter Elliot. We also welcome comment from others, including Creative New Zealand, and welcome your feedback at standingroomonly@radionz.co.nz.

It's not just been a bad week for theatre companies in New Zealand this week: on Monday Stuff formerly Fairfax newspapers went tabloid across nine newspapers, including The Press, Waikato Times, Nelson Mail and Dominion Post and this has seen arts coverage, including reviews, slashed and burned.

The changes don't just effect the arts, with local content now largely restricted to the opening pages of these newspapers and more sharing of national and international content, but it hits an area of coverage in our newspapers which has been diminishing in its attention and care for many years.

Many arts writers we've heard from this week have been informed that only events of national significance will be covered from now on, both in terms of review and preview. Reviews - we are led to understand - are likely to be done by in-house reporters at a much reduced word length, and galleries and theatres outside the larger venues are at risk of missing out on coverage altogether.

The editor of The Dominion Post and Stuff in Wellington,  Eric Janssen has been invited to comment on this story, to be included in a future programme. Lynn Freeman is joined on the show by two of the many writer casualties, senior arts commentary figures, Dr Warren Feeney, weekly arts columnist for Christchurch's The Press and Dominion Post theatre critic Ewan Coleman.

What can we do? Well next week we're in conversation with editor in chief at website Pantograph Punch Lana Lopesi to discuss the future for arts reviewing online and on your smartphones, to discuss some positive things happening online. 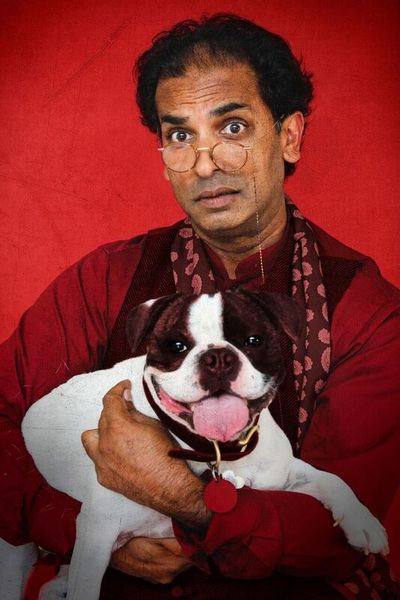 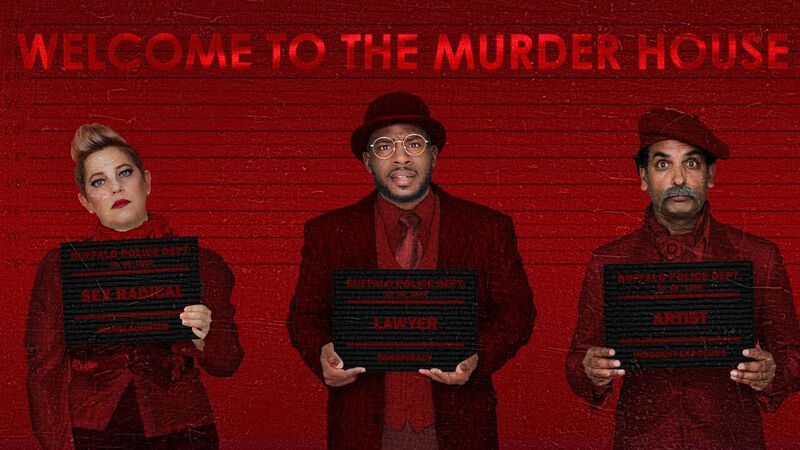 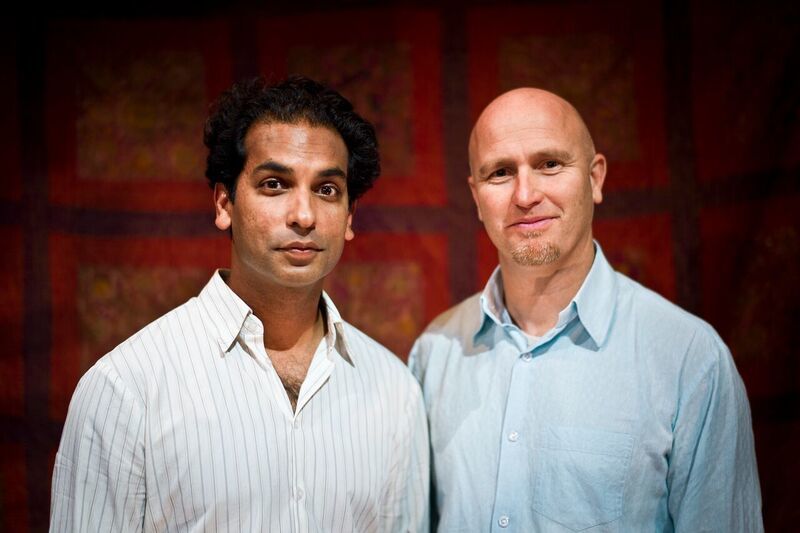 A world premiere, a national tour of another show, and shooting starting on a film version of acclaimed play Krishnan's Dairy - it's a massive year for one of the country's most successful theatre companies, Indian Ink. An American theatre company has commissioned  Indian Ink to create a show -  vaudevillian extravaganza where death row inmates pay homage to the inventor of the electric chair. Welcome to the Murder House is the latest and ninth production from the Indian Ink Stable, that started with Krishnan's Dairy more than 15 years ago.

Welcome to the Murder House is their most ambitious production yet. It's also their first commission by an overseas company: Orange-county based South Coast Repertory Theatre. It opens 26th of May at Te Auaha in Wellington. 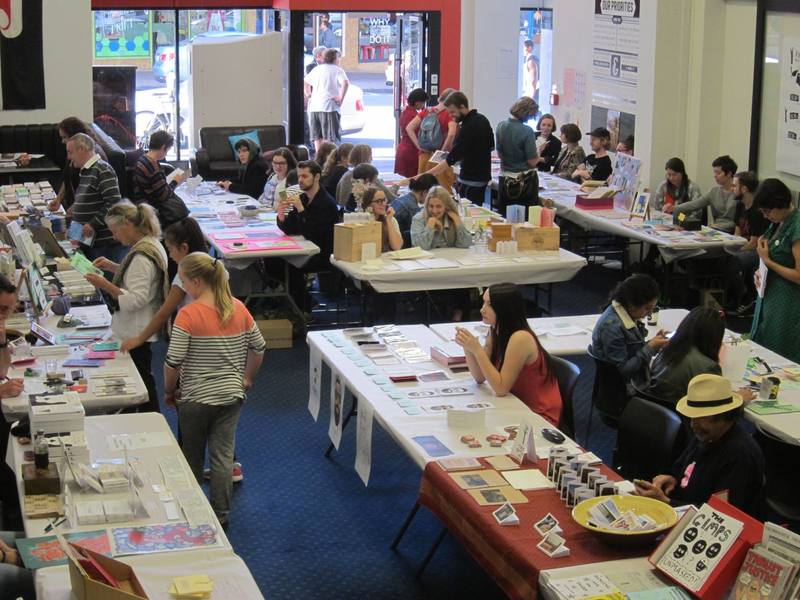 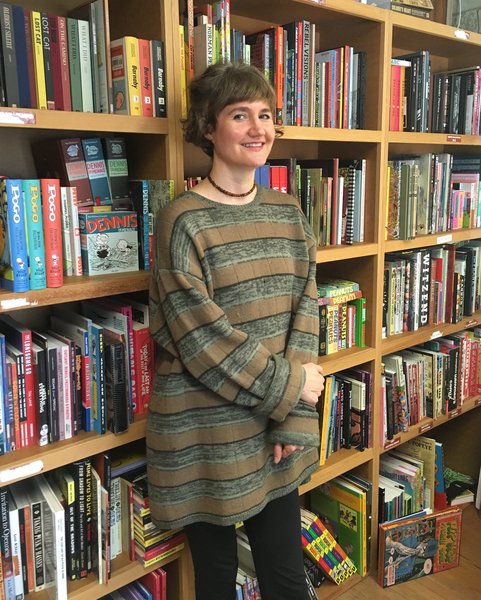 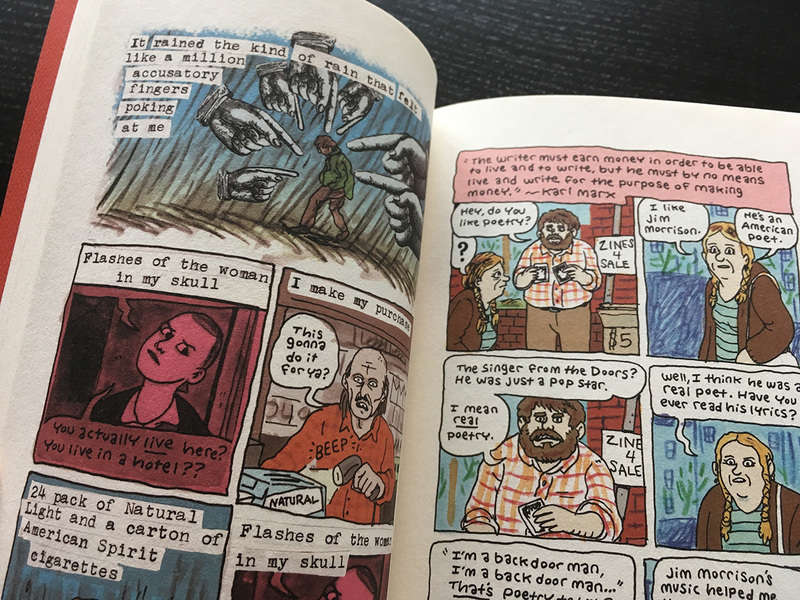 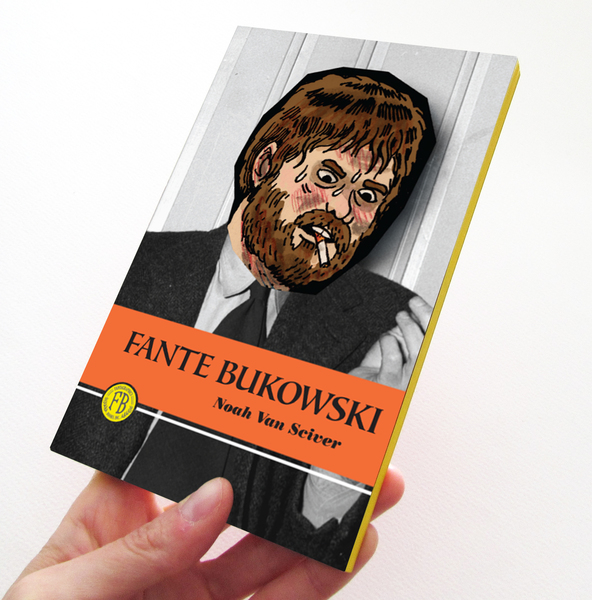 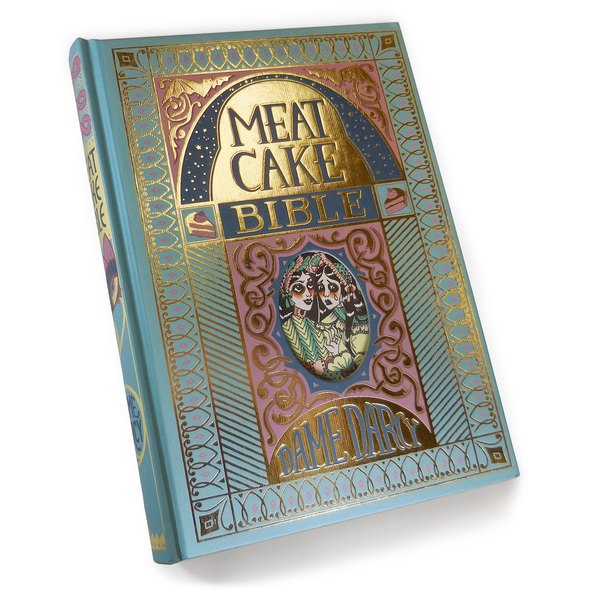 Zinesters from across the country are heading to Hamilton on 12 May for the city's 5th annual Zinefest. One of the international guests is Seattle based American artist and designer and total zinester, Keeli McCarthy, who's with Fantagraphics - America's leading publisher of alternative comics. Keeli has many alternative comics to her name and has worked in alternative comics since the 1990s. We started our conversation about the role of zines and comics here and in the US with definitions and how zines and comics are related. Hamilton Zinefest is on Saturday the 12th of May at The Meteor in Hamilton. 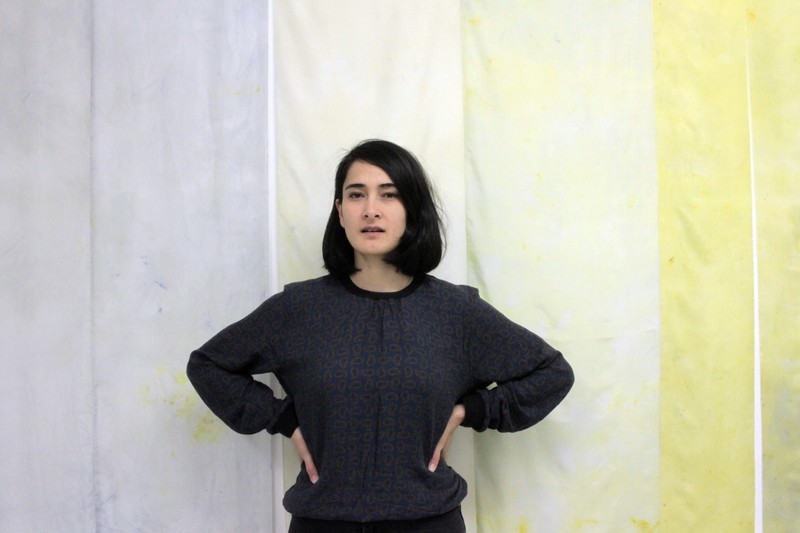 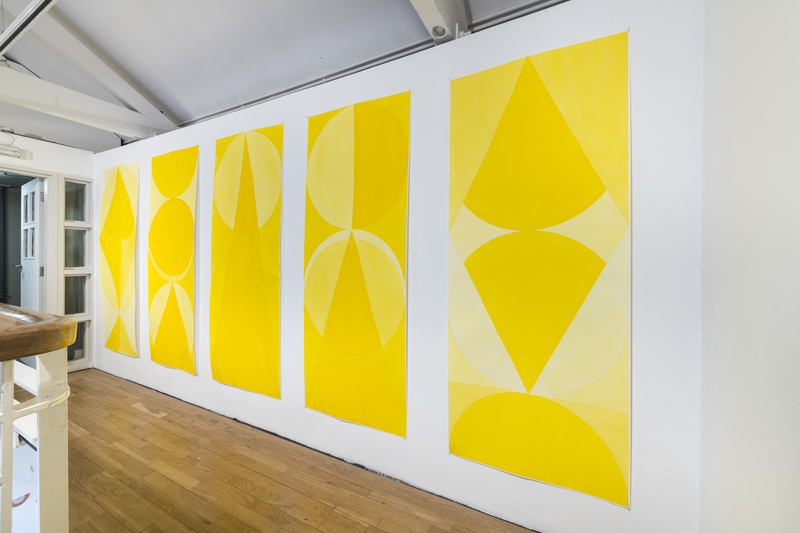 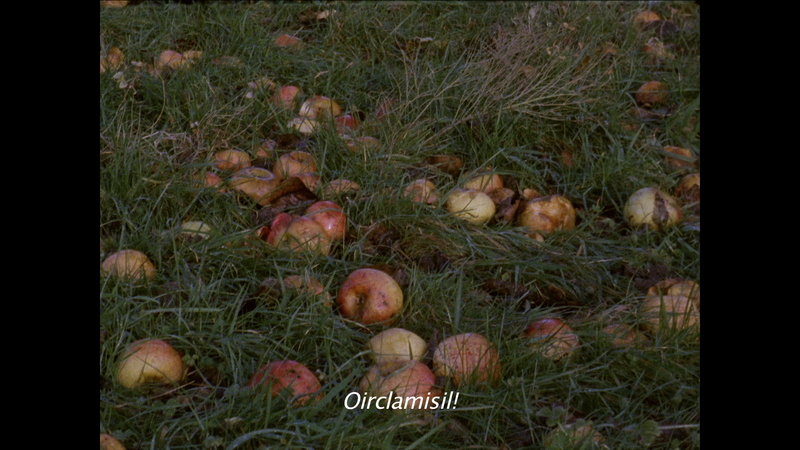 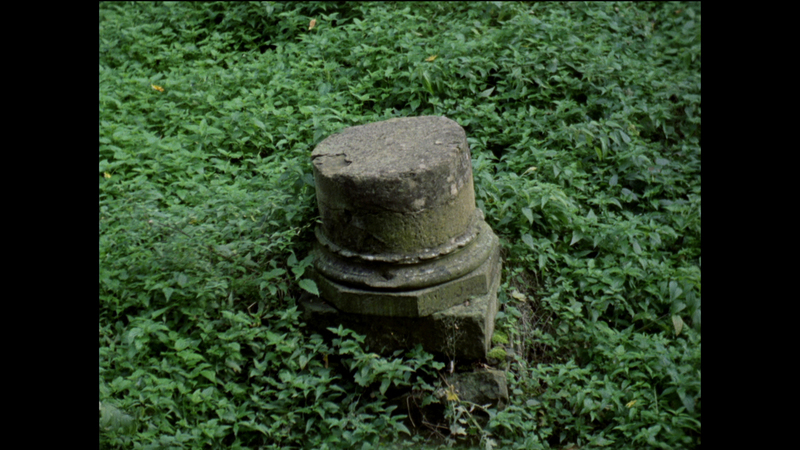 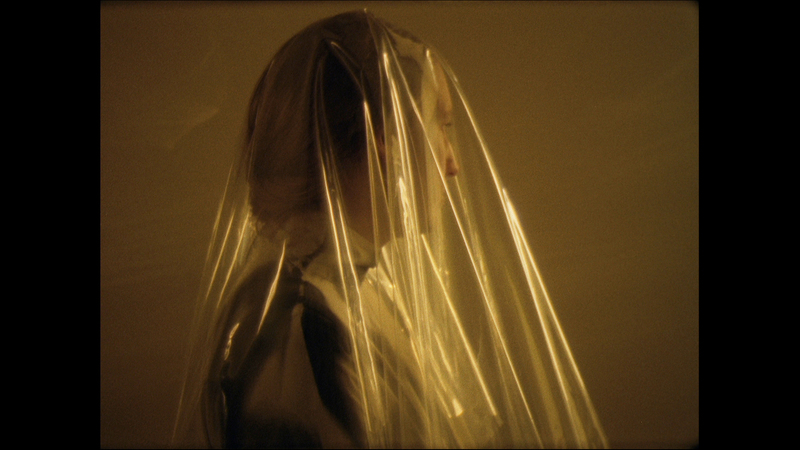 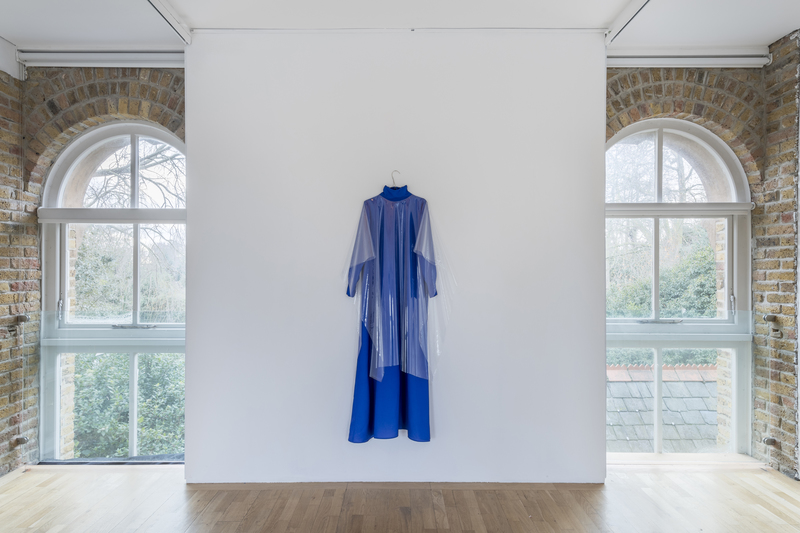 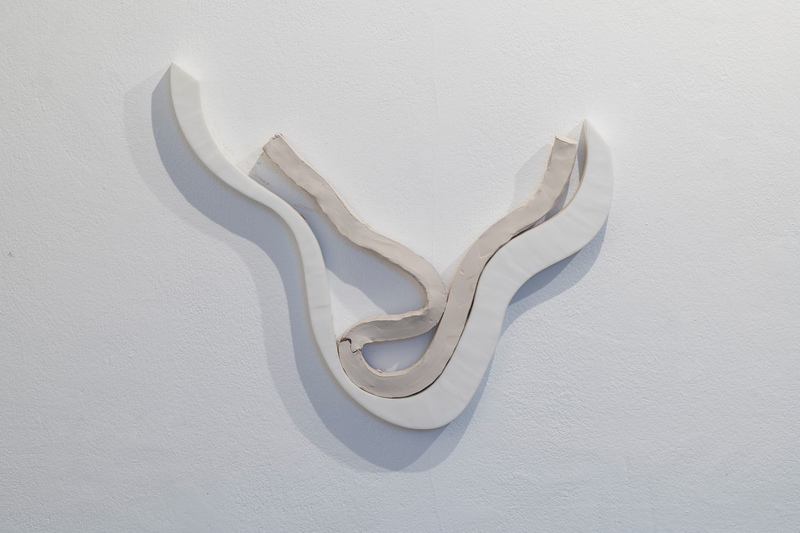 New Zealand/Balinese artist Sriwhana Spong's new exhibition in New Plymouth explores a unique language used by a medieval female German mystic and abbess, Hildegard von Bingen. She's added some new elements to the show a hook but no fish, during her time as the Govett-Brewster Art Gallery's 2018 artist in residence since it was first shown in London earlier this year.

The exhibition includes a film partially shot in the ruins of the monastery near Frankfurt where Hildegard von Bingen lived for almost 40 years. Sriwhana's based in London these days and her work's been shown in exhibitions in Berlin, Singapore, Melbourne, San Francisco and London, and here, in just the last two years. As well as the new film, she's using painting and sculpture to tell Hildegard's story and that of other medieval women mystics. Lynn Freeman asked Sriwhana Spong to tell us more about Hildegard and the secret language the Abbess says she received. 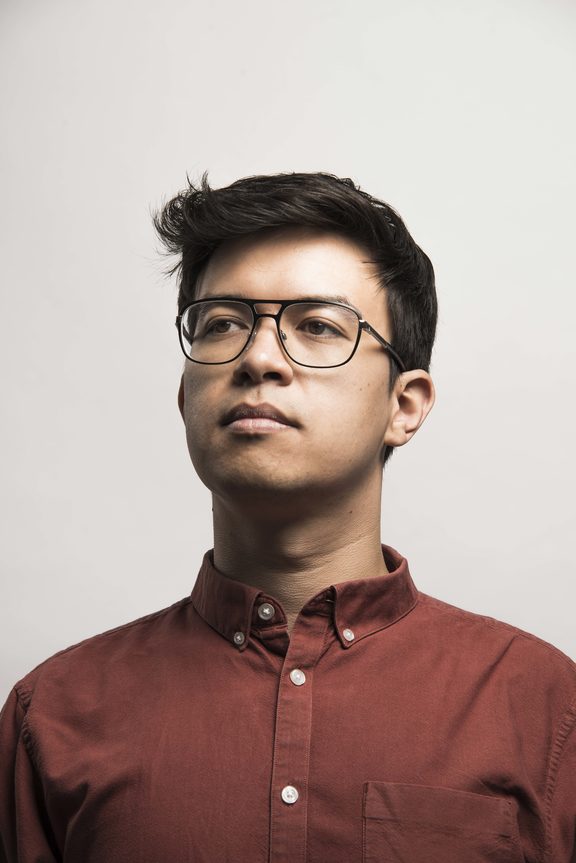 British Malaysian stand-up comedian Phil Wang was one of our favourites when Scott Blanks from Auckland's Classic previewed the New Zealand International Comedy Festival lineup for this year. So we're delighted to have him on The Laugh Track. Wang is a member of the sketch comedy group Daphne, and co-creator of their BBC Radio series, Daphne Sounds Expensive. He is at Auckland's Classic from this Tuesday, then in Wellington as part of international comedy showcase The Big Show at Te Auaha starting on May the 15th. 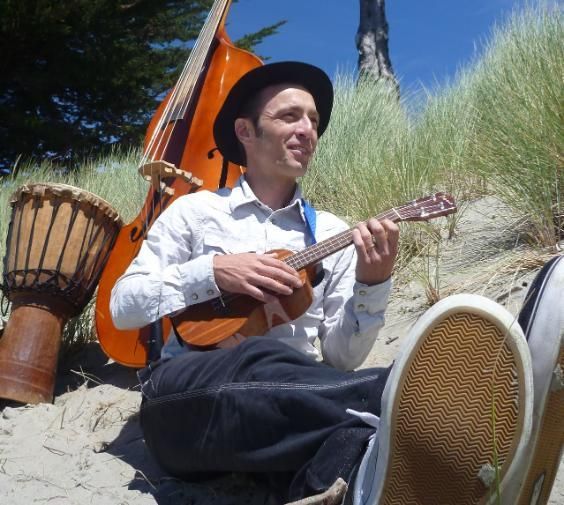 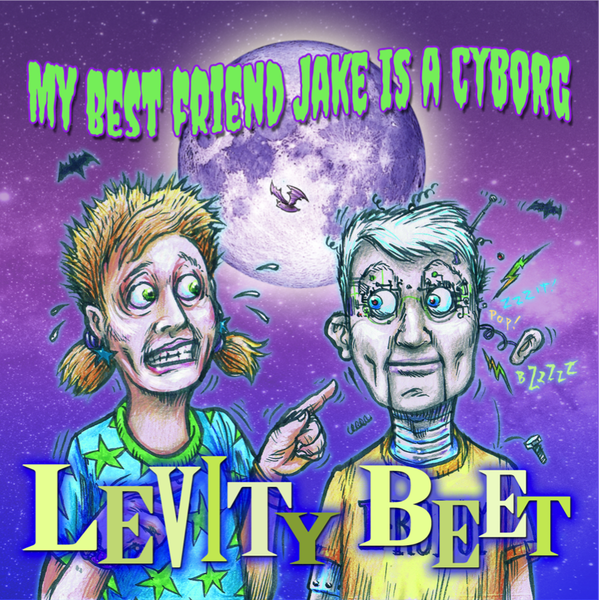 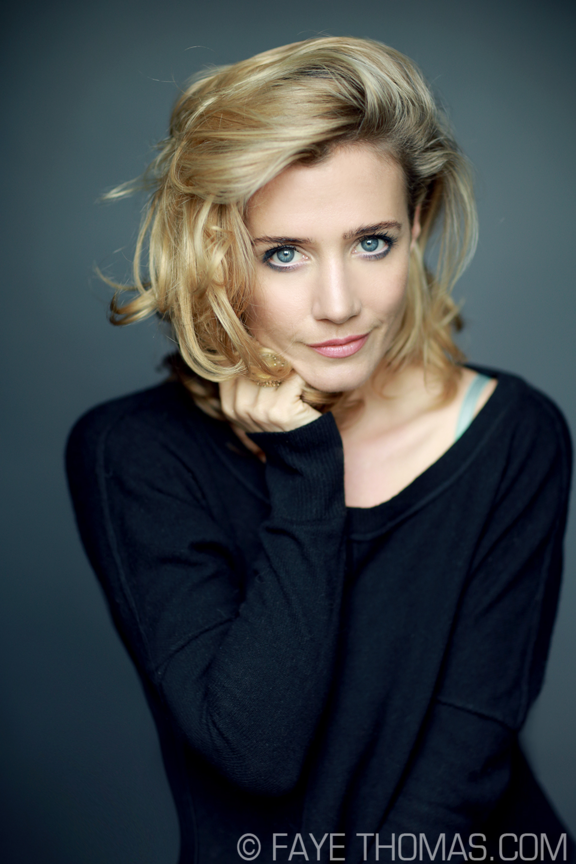 Samuel Beckett remains one of the most perplexing writers of all time - his play Waiting for Godot is a prime example of a play that keeps people guessing and academics debating. But it's Beckett's more obscure writing that attracts Irish actress and Columbia University lecturer Lisa Dwan, who's regarded as the successor to Beckett's long time collaborator, actress Billie Whitelaw. She is in New Zealand for Auckland Writers' and Readers' Festival 2018.

A former ballerina who danced with Rudolf Nureyev, Dwan holds the record for the speed of her delivery of Beckett's work Not I - crammed into 9 minutes and performed around the world.

Lisa Dwan has three events at the Auckland Writers Festival, the first is on the 17th of May at the Festival Gala night. Later this year she's publishing her book A Body of Beckett. 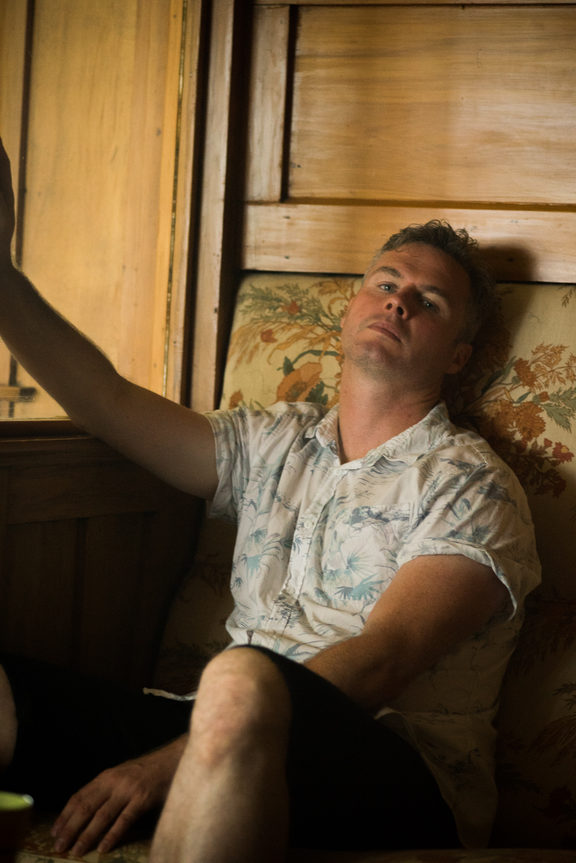 On My Heels are Killing Me Sonia Sly talks to kiwi photographer David James who learnt about the commerce of fashion when he headed to the cut throat capital of the fashion world – New York City. James talks about the influence of social media and digital technology in photography in the full version of that story online via the RNZ series and podcast page.

This afternoon we're beginning a comedy series that masquerades as one of those how-to-improve yourself recordings. A 10-stage course from a 'thought leader' at the top, and then the bottom, of his game.
Dexter Guff is Smarter Than You  - And You Can Be Too features the comedian Peter Oldring in the title role.

Then we join Selwyn Muru for this week's episode of Te Wherowhero a biography of the first Maori King, adapted for radio by Selwyn Muru and  Rangi Chadwick from the book 'King Potatau' by Pei Te Hurinui.

Label: Ministry of Agriculture and Fisheries

Album: Live from the Pillow

Album: A Feather On The Breath Of God

Album: Live at The Beeb

Song: My best friend Jake is a Cyborg

Album: My best friend Jake is a Cyborg

Song: And your bird can sing

Song: Top of the World