Standing Room Only for Sunday 18 February 2018 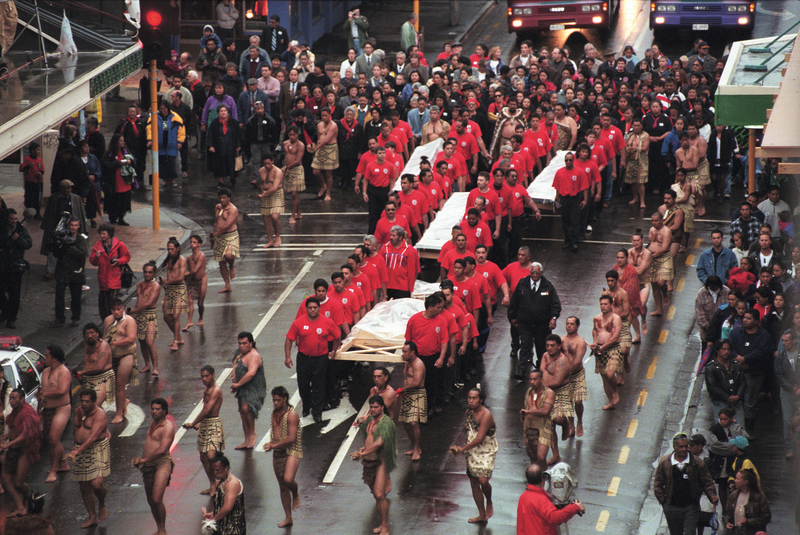 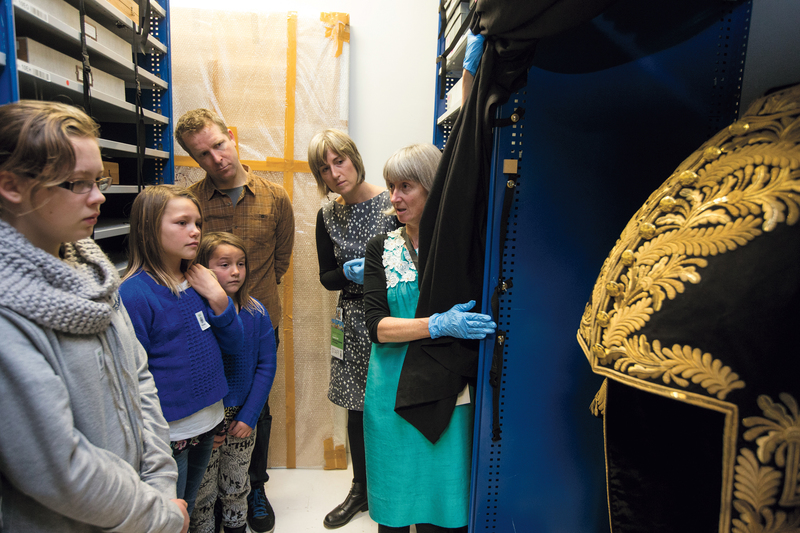 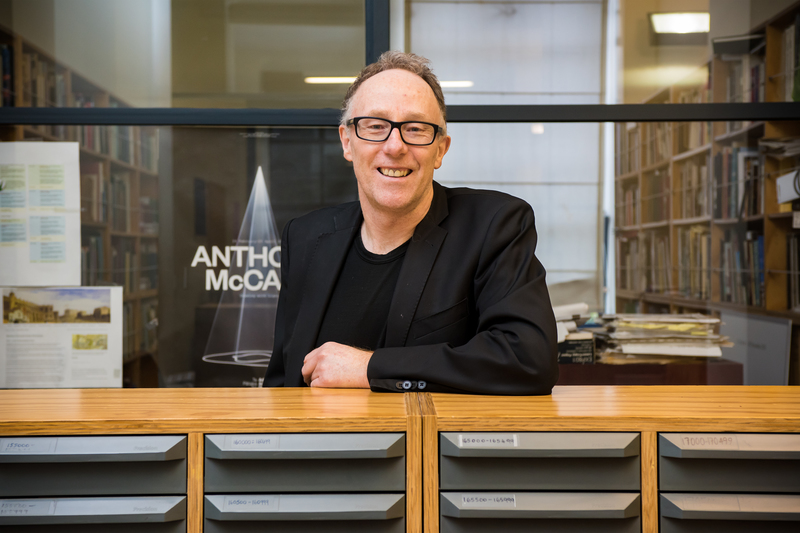 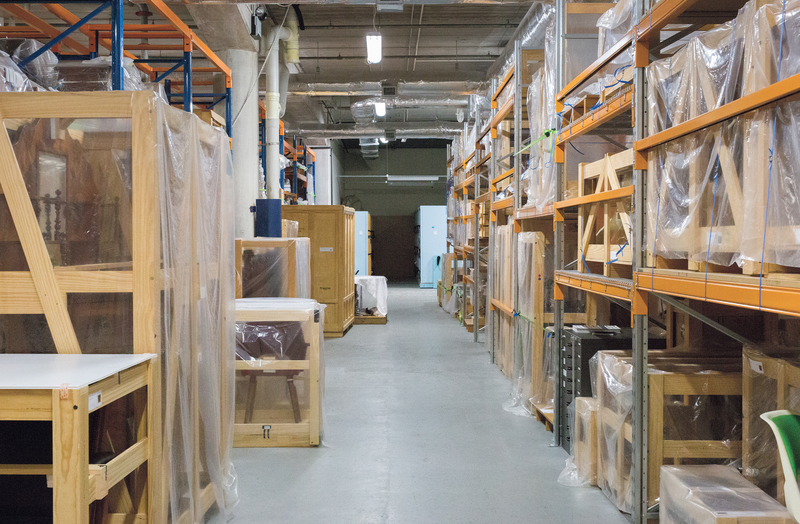 The storeroom for the history collection at Tory Street. 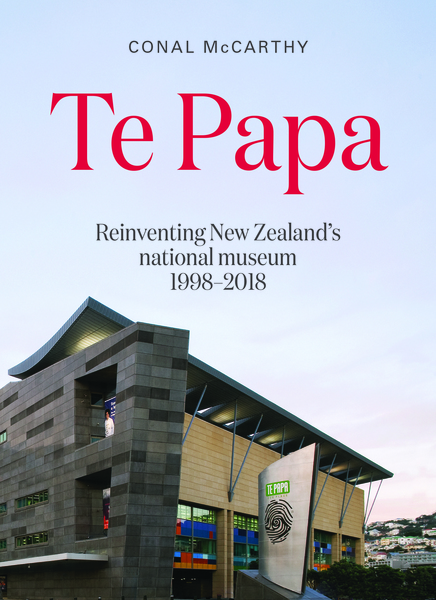 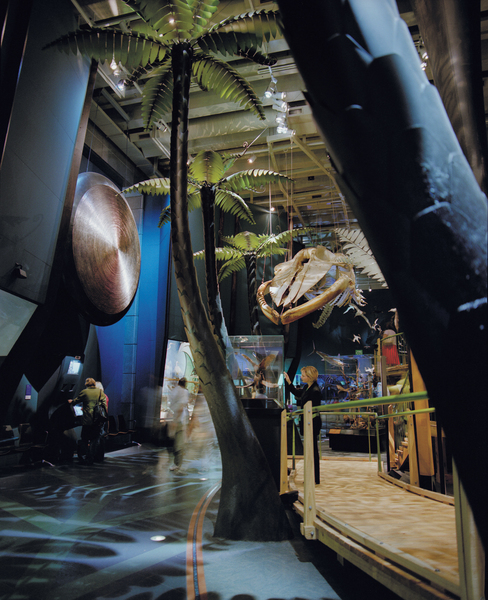 The exhibition Mountains to Sea on level two including the blue pygmy whale. 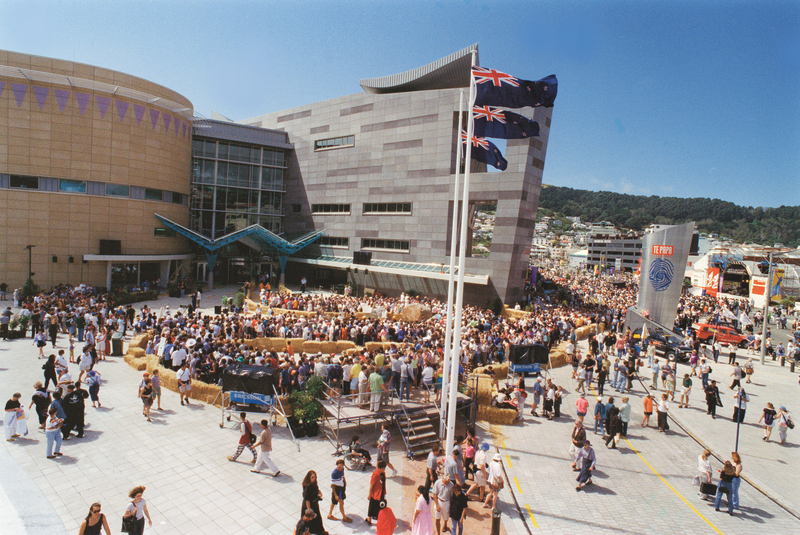 The crowds line the forecourt to see Te Papa on opening day. 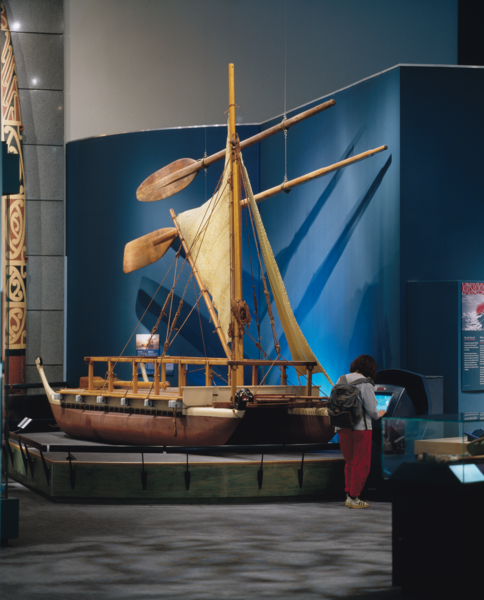 Te Papa - Our Place - has had a chequered career since it opened on Wellington's waterfront 20 years ago.  The idea of merging our national museum and art gallery collections into one purpose-built site was both bold and heavily criticized.  The deliberately "abstract" design for Te Papa had its passionate fans, and foes.

Bringing in theme-park-type rides, and putting art amidst museum objects- not to mention the Madonna in a condom controversy - Te Papa had a rocky start, with exhibitions that failed and a high turnover of CEOs.

But on the positive side, over the past 20 years Te Papa has had high visitors numbers, launched many wildly popular exhibitions and has kept trying new things.  It's now the subject of a new book, Te Papa Reinventing New Zealand's national museum 1998-2018 , and Lynn Freeman talks to the author Conal McCarthy about those early highs and lows, and how it's changed the way we define museums. 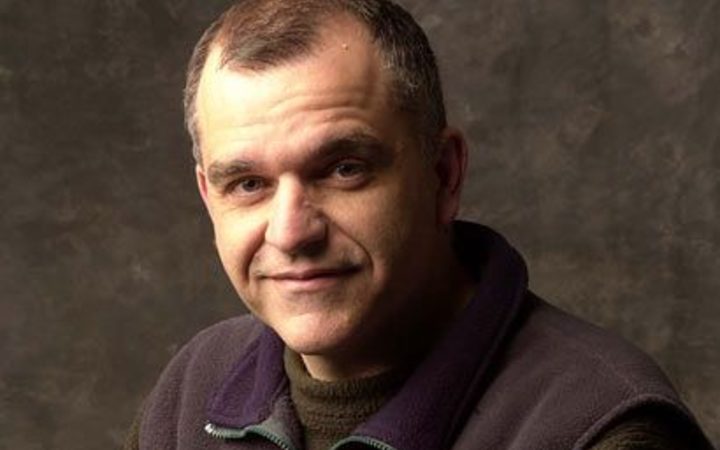 The old video and DVD store is going the way of the the village blacksmith - with one or two niche exceptions.  But in an age of web-based streaming are we losing something - or more to the point are our film-makers losing a shop window for their wares.  Documentary maker Costa Botes thinks so.

Costa turned to Facebook to express his concerns for other filmmakers who've also benefitted from having their films on video store shelves.  Where streaming favours mass market films - and it also encourages piracy.  As he tellsLynn Freeman, we seem to be going backwards. 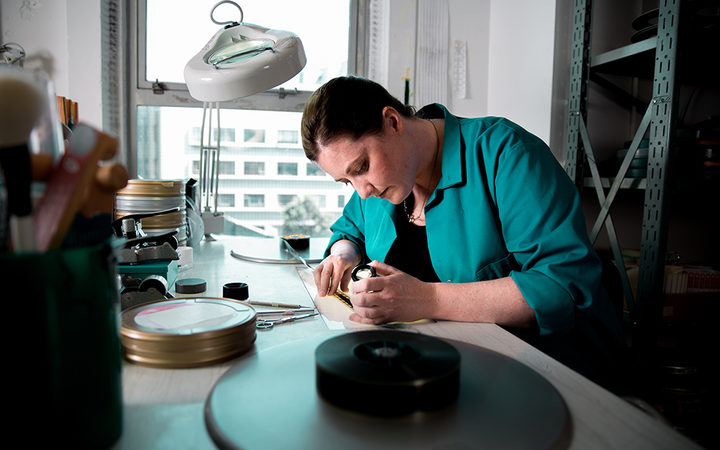 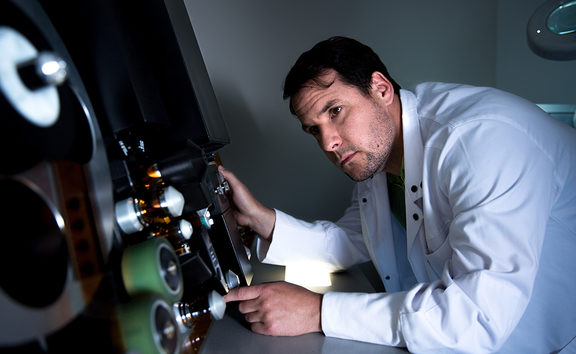 It was the first New Zealand film to be nominated for an Academy Award - up against the likes of Walt Disney, no less.  The short feature Snows of Aorangi directed by photographer by Brian Brake was part tourism film, part travelogue, part lyrical ode to New Zealand by poet James K Baxter.

Given its historical status, you'd thing the film would be filed away in perfect condition.  But when Nga Toanga Sound & Vision experts took a look, they were in for a shock - and hundreds of hours of restoration to piece it back together from various sources.  Lynn Freeman spoke to two  of the key people involved in the project - Film Team Leader Dr Leslie Lewis, and Senior Archivist Gareth Evans.

The newly-restored Snows of Aorangi will be shown at Wellington's Nga Toanga Sound & Vision on Thursday 22 March - and you can see footage from the film on the link to this story. 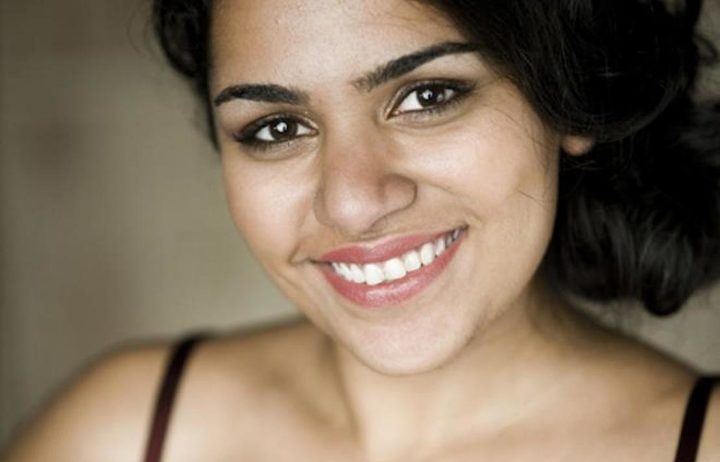 Auckland actor, writer,director and producer Nisha Madhan has had two things on her mind recently.- to challenge the stereotype of an Indian Kiwi and to perfect the ultimate onstage death!  It's part of the research that's going into her new autobiographical play.

Nisha's work's been described as groundbreaking...revolutionary...and breaking every rule of the theatre - for instance the new play is confrontationally called F*** Rave, and it opens this week at Auckland's Basement Theatre as part of the Fringe Festival.. Lynn Freeman asked Nisha why she wanted to share her life story with an audience: 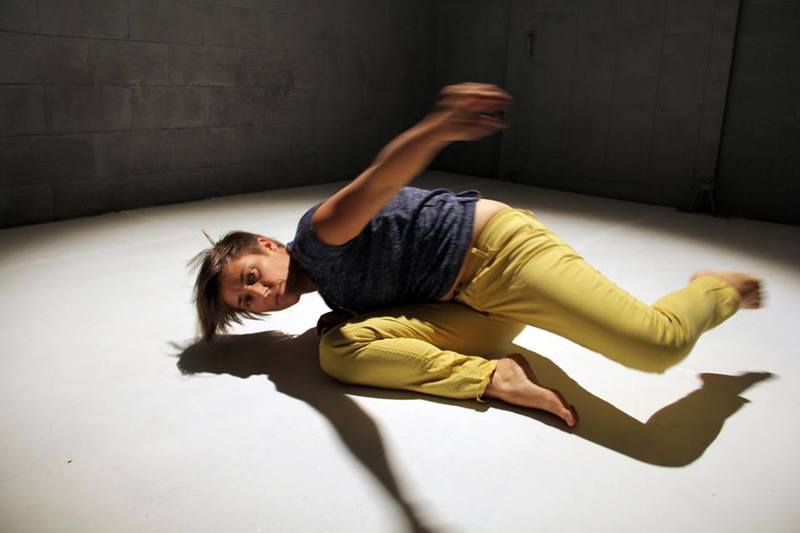 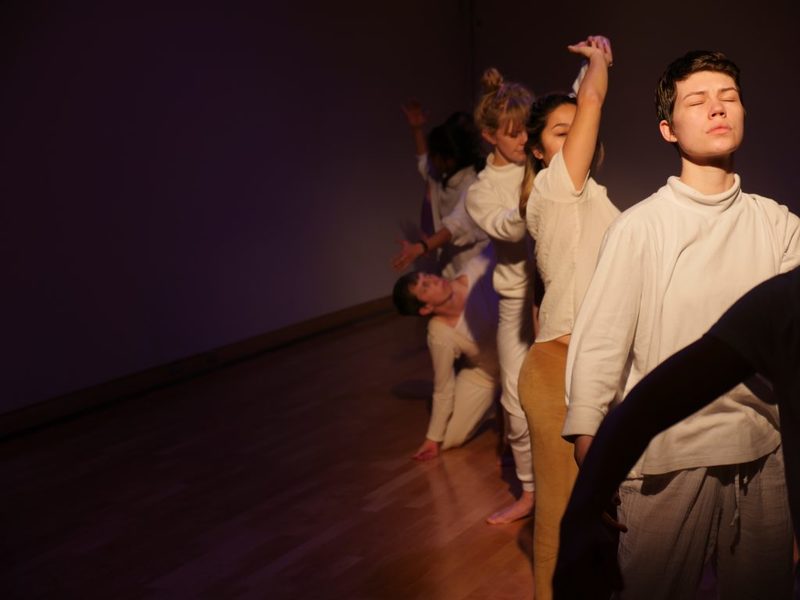 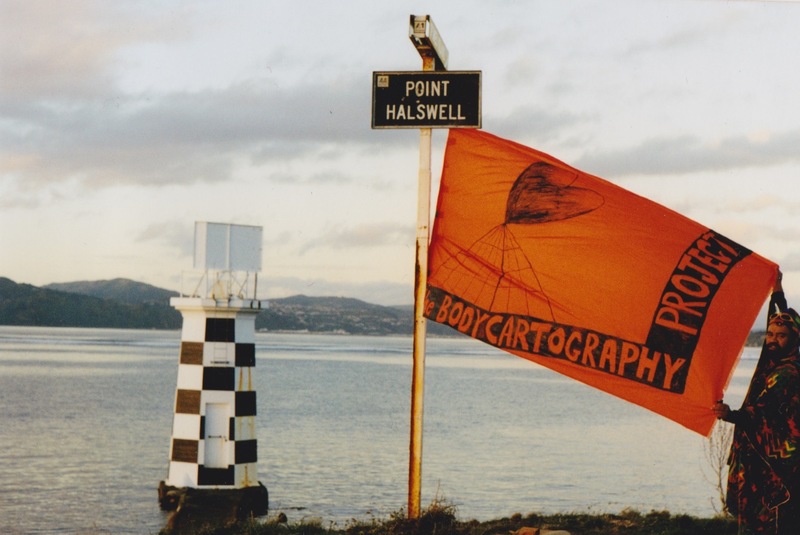 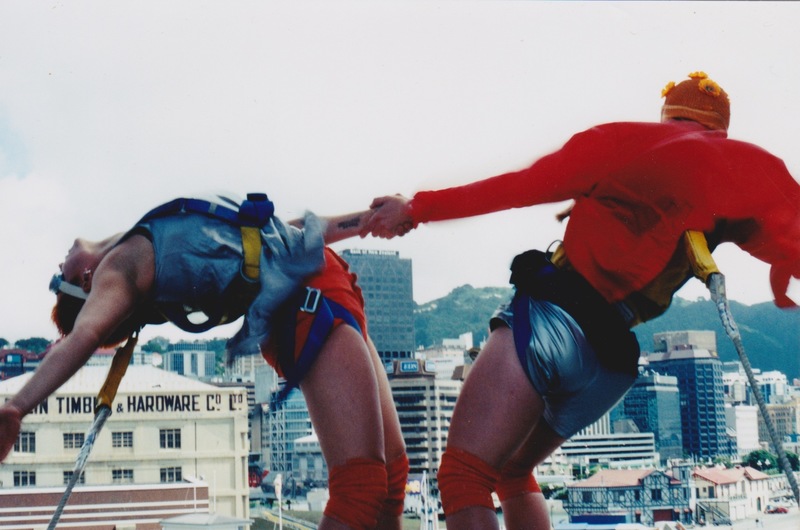 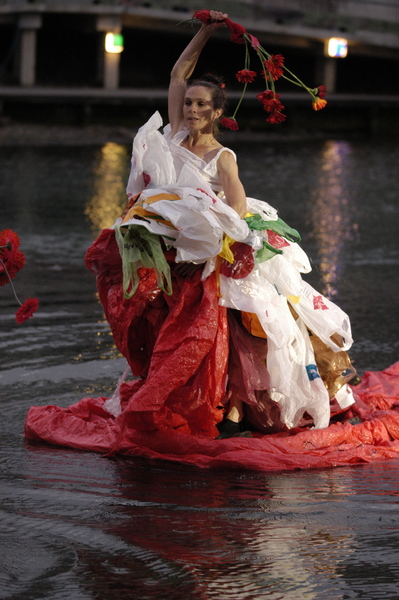 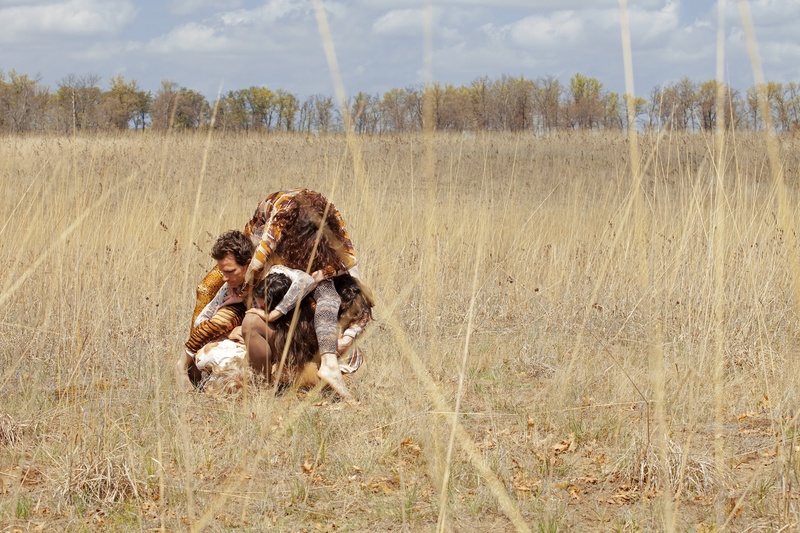 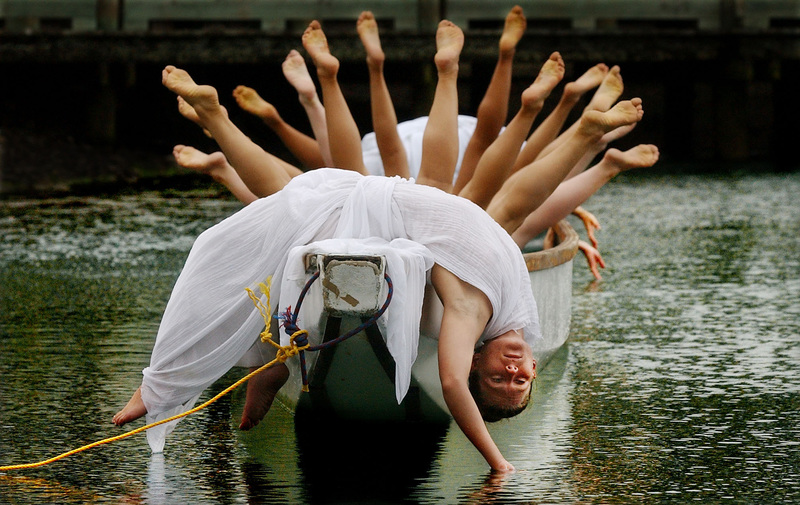 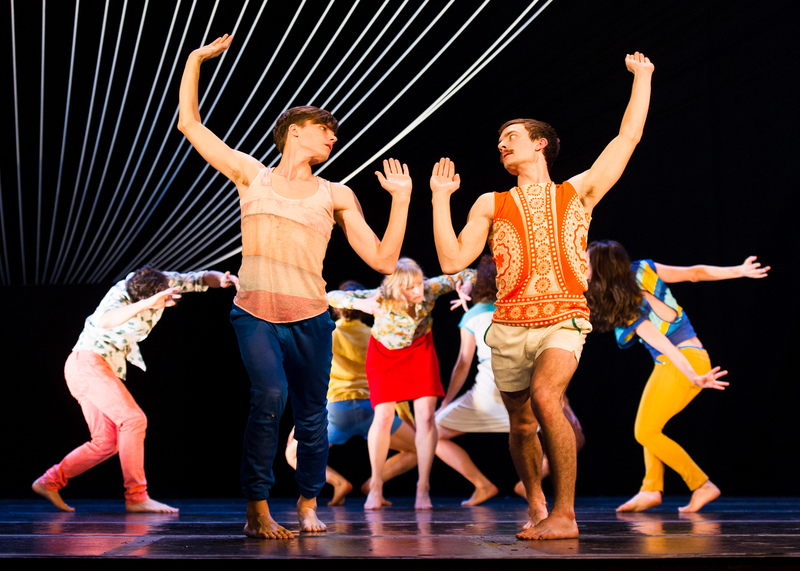 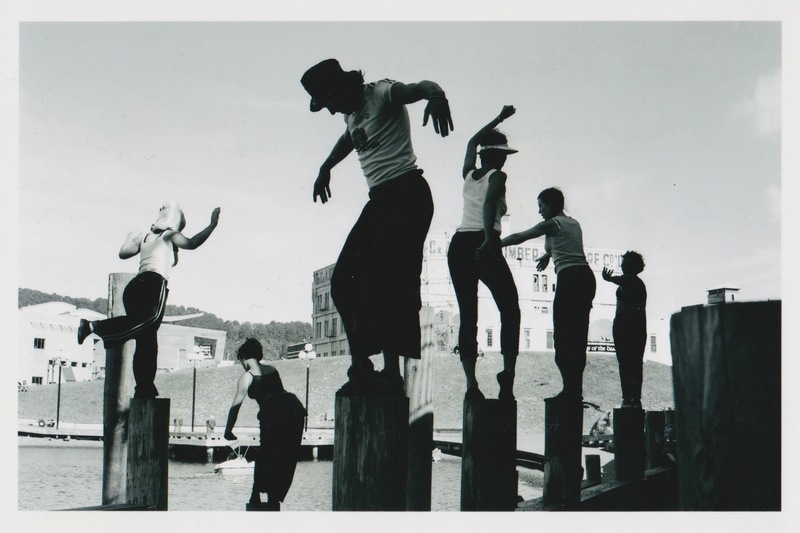 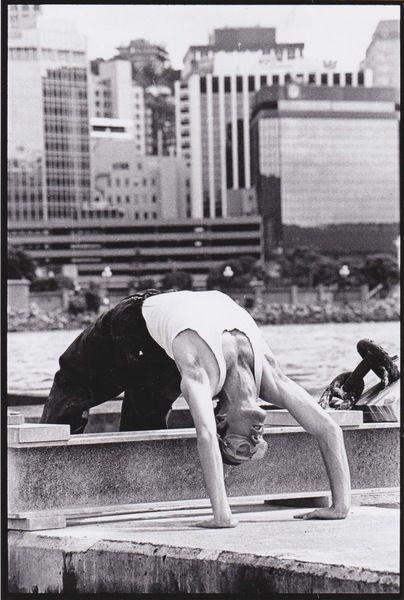 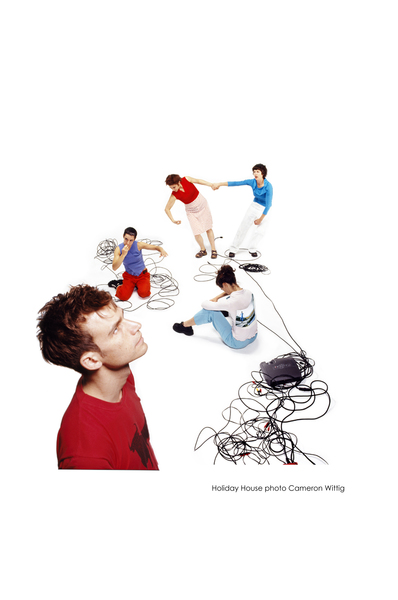 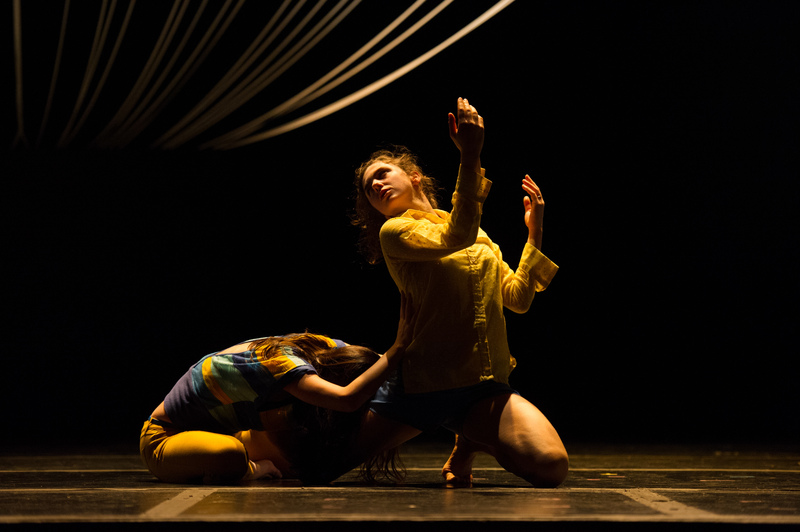 One of New Zealand's most experimental dance companies, BodyCartography Project, is marking its 20th year with four ambitious works, one of them 13 hours long.

The dancers are making history at Te Papa Tongarewa, creating the first dance work the museum's ever commissioned for its permanent collection. BodyCartography's connection with Te Papa goes right back to its opening, where they danced in, around and above the building!

The company is also behind a 13-hour-long dance installation in the dark as part of this year's Performance Arcade on the Wellington waterfront.  Lynn Freeman talks to BodyCartography co-founder Olive Beiringa about how it all started. 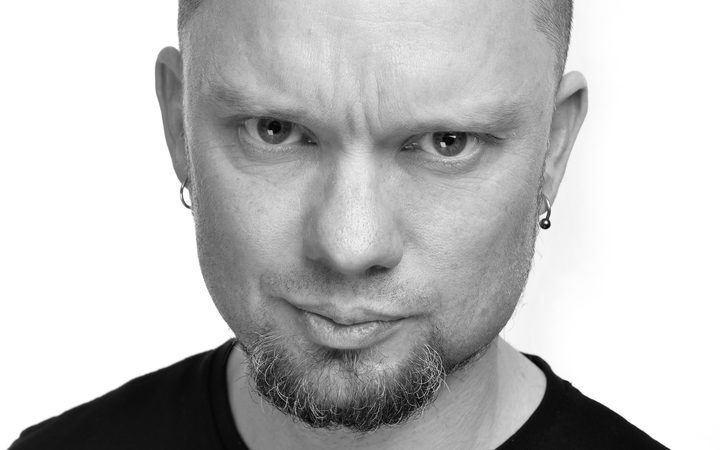 2:25 From a stately home to Auckland's Splore Festival - via the Big Top 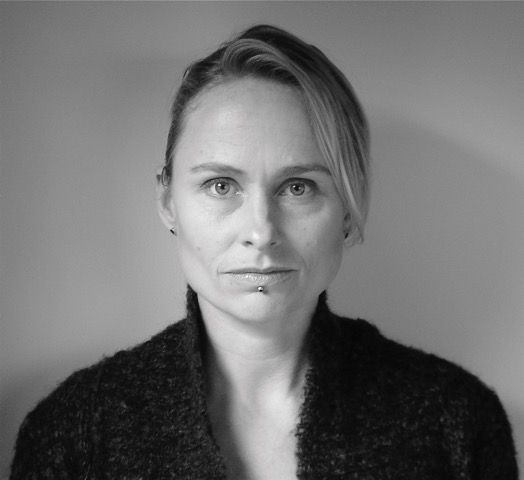 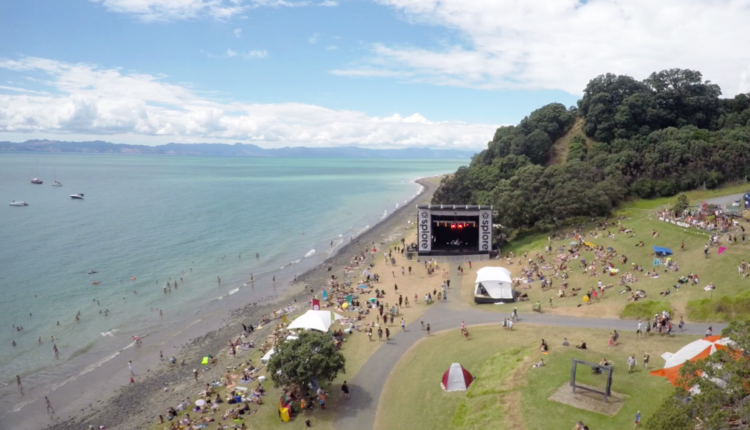 A genuine English aristocrat who literally ran away to join the circus, these days has her feet firmly on the ground running arts festivals in New Zealand. Lady Emma Vickers is the Performance Director at the Splore Festival  - the annual, boutique music and arts festival held at Auckland's Takapuna Regional Park since 1998.

Emma started training as an aerialist performer at 19, and now lives in Wanaka with her young family,

It's a long way from her ancestral home, Wilton House in Wiltshire, where her father Henry Herbert 17th Earl of Pembroke was a film director and producer.

Continuing our series of interviews with people working behind the scenes in the arts and entertainment scenes, Lynn Freeman talked with Emma Vickers - first about her unconventional childhood:

And Splore starts this Thursday at Takapuna Regional Park. 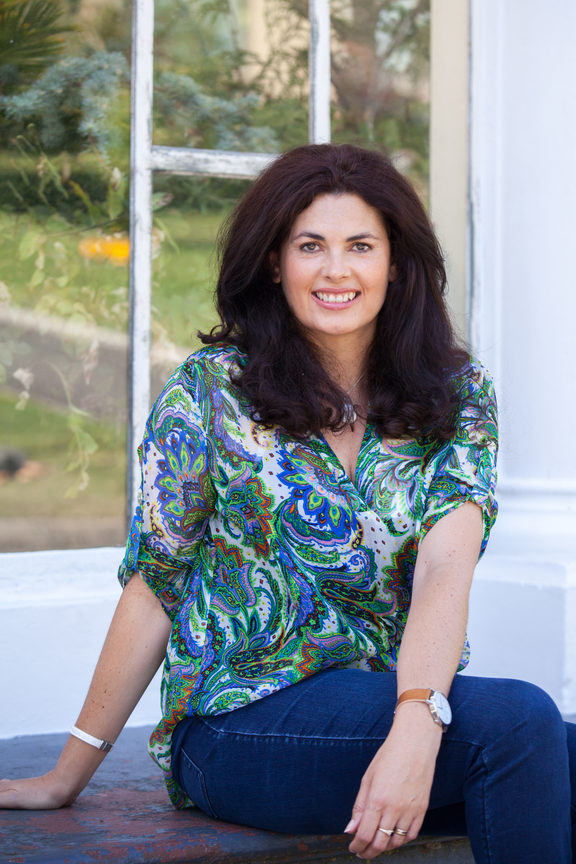 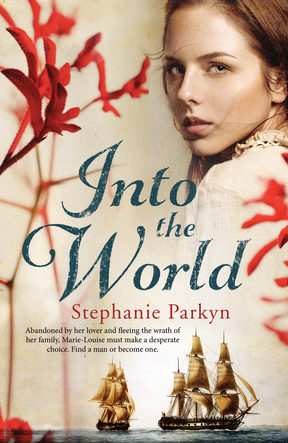 Expat Kiwi writer Stephanie Parkyn's new novel Into the world is so exotic it can only be based on real life!

It's the story of a Frenchwoman who disguised herself as a man to escape the French Revolution, and ended up on a rescue mission in the Great Southern Ocean.  Marie-Louise is a steward on board one of two ships searching for a missing explorer.

Stephanie Parkyn tells Lynn Freeman she worked as an environmental scientist in New Zealand before moving to Australia. And that's where Marie-Louise's story came to her attention:

Into the World by Stephanie Parkyn is published by Allen and Unwin.

2:48 The art of the Berlin underground railway 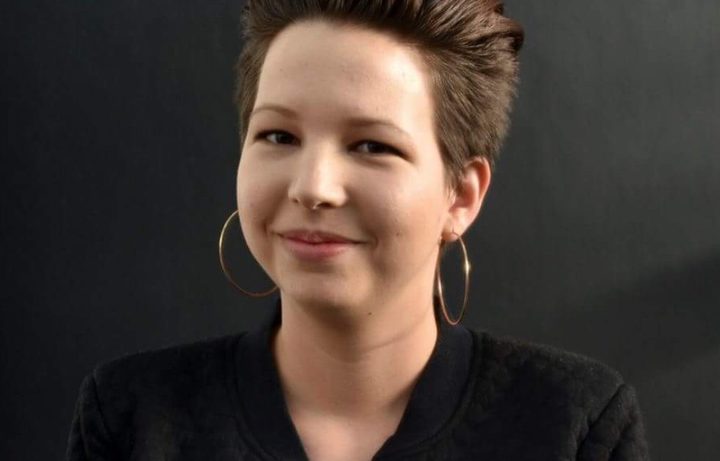 Berlin's underground train network will be where Serbian/New Zealand artist Biljana Popovic will be spending much of her time as Creative New Zealand's Artist in Residence in the German capital this year.

Biljana is an artist and spatial designer and the U-Bahn is a space she finds fascinating.

She was just four when her family emigrated  to New Zealand, and while this country is her home, she still has strong ties to Europe. Officially she won't start the year long residency until October, but Lynn Freeman spoke with Biljana just before she headed off to work on an exhibition in the Netherlands.

Artist: Kenny Rogers
Song: 20 years ago
Composer:  Newton-Noble
Album:  They don't make them like they used to
Label:  RCA
Played at:  12.59

Artist: Joey and Rory
Song:  Tune of a 20 dollar bill
Composer:  Camp-Sanders
Album:  The life of a song
Label:  Sugarhill
Played at:  2.58