Standing Room Only for Sunday 8 October 2017 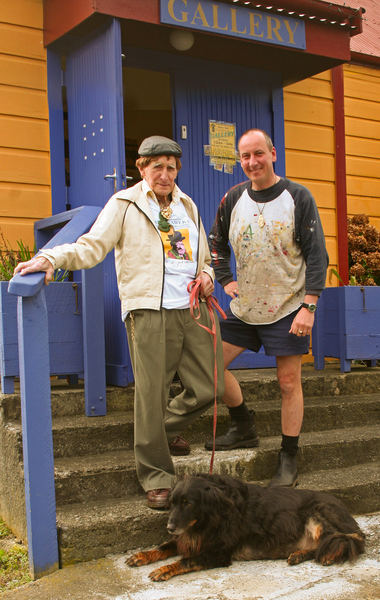 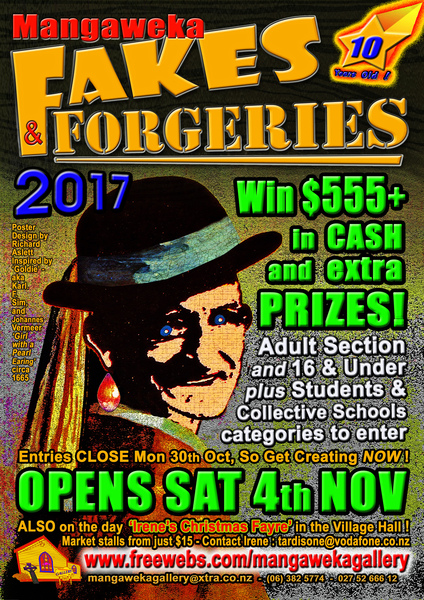 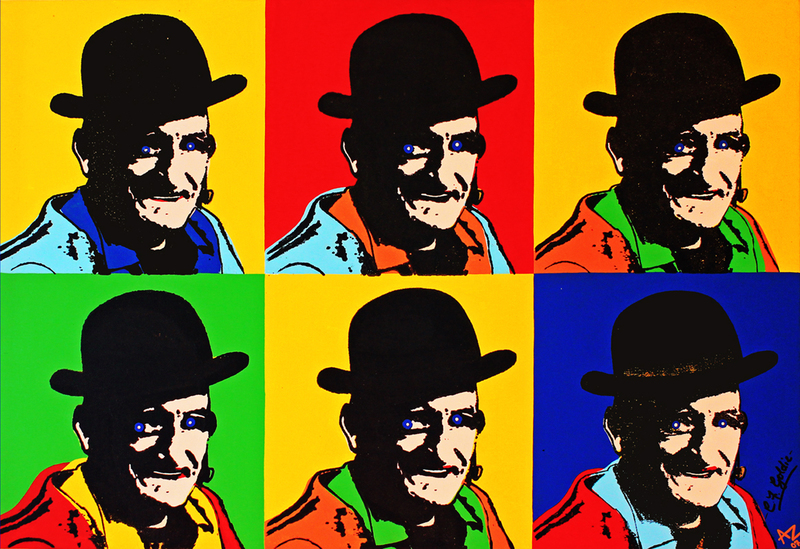 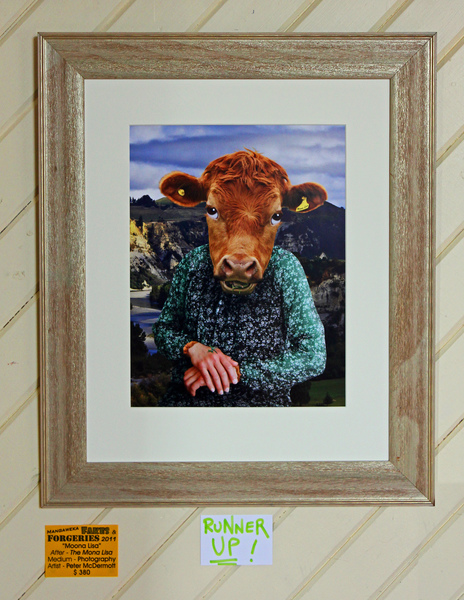 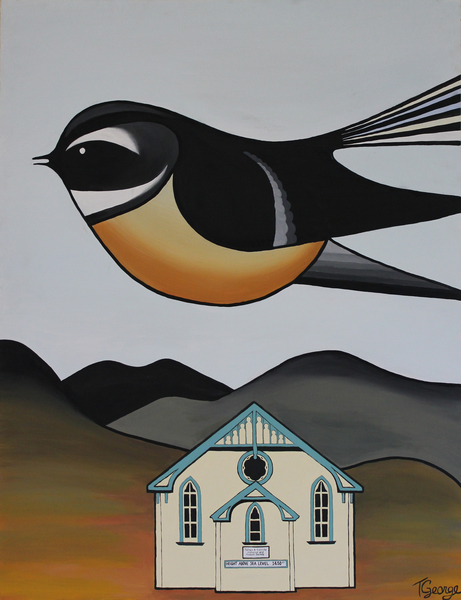 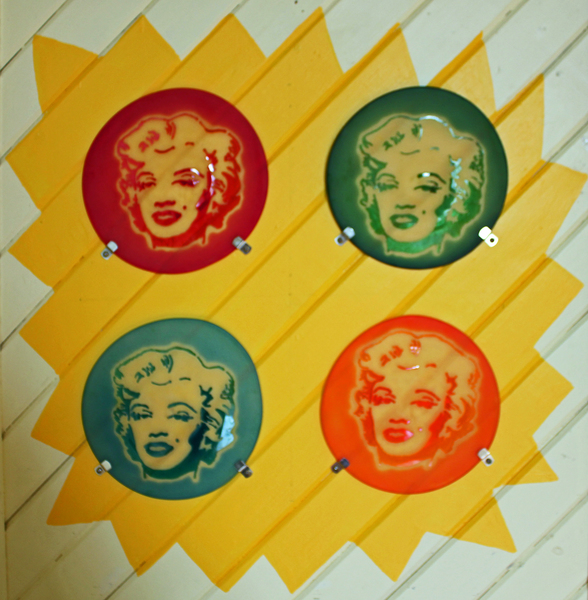 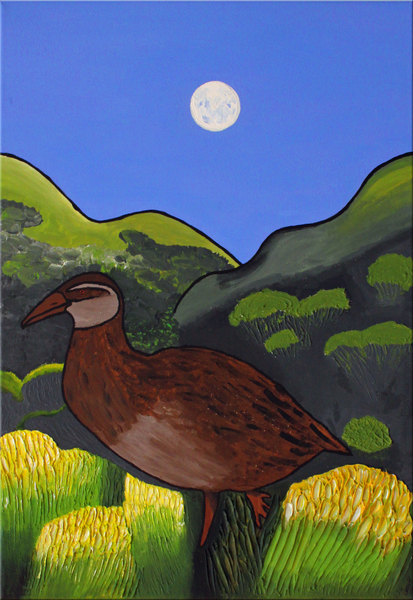 Under The Moon Jesica Jensen

It's the unofficial capital of fakes and forgeries in New Zealand - the little town of Mangaweka, near Taihape.  It was once the home of our most infamous art forger, Karl Sim - or "Carl Goldie" as he liked to sign himself!   And the Mangaweka Gallery has embraced the town's reputation with a biennial competition for "Fakes and Forgeries", put together by the Gallery owner, Richard Aslett. There's still time to enter this year's competition which is already the biggest yet. Richard explains to Lynn Freeman when and how the increasingly popular competition started.

Mangaweka - Fakes and Forgeries opens on November the 4th. 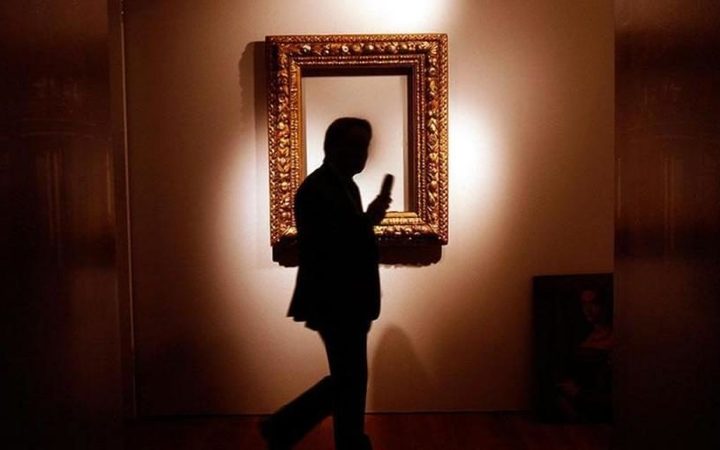 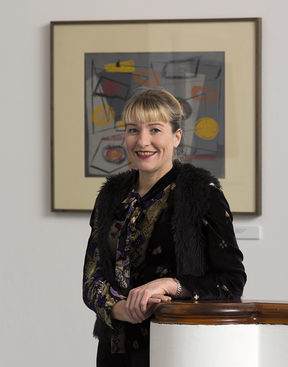 The early morning ram-raid heist of two Lindauer paintings - worth around two million dollars - from an Auckland gallery in April hit the headlines. They've still not been recovered, and they'll no doubt be a hot topic for discussion at next Saturdays Art Crime Symposium in Wellington, along with art fakes and forgeries of all kinds.

Associate Professor Linda Tyler from the University of Auckland is one of the guest speakers.  She's particularly interested in counterfeit Chinese porcelain in New Zealand.  She should know, she owns quite a few fake Ming ceramics purchased over the years. These days she can tell the real thing from a mass produced fake, but most of us don't have that expertise. :Lynn Freeman asked Professor Tyler how how she got interested in Chinese porcelain.

Her talk at the upcoming Art Crimes Symposium in Wellington next weekend is called Manufacturing Ming; fake Chinese porcelain in New Zealand.

12:45 Shared Lines - art after an earthquake 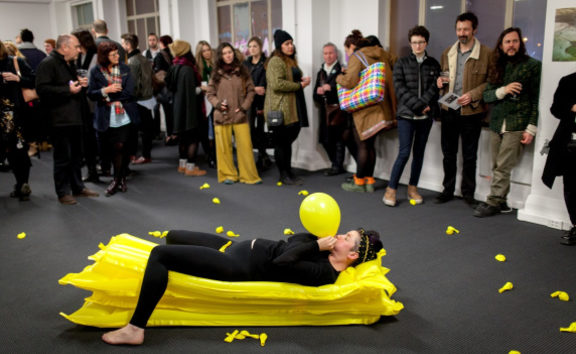 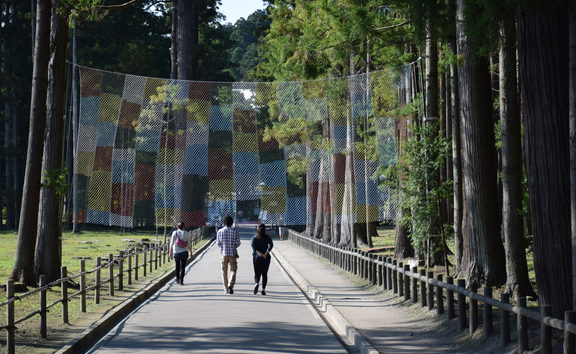 The word "resilience" is flung around a lot after natural disasters, and heaven knows we have enough of them in this country. And artists in earthquake-prone cities - like Christchurch, Wellington, and Sendai - have found common ground, from helping communities recover from quakes to having a say in city planning and urban design.

Wellington's about to host a symposium called Shared Lines, inviting artists from Japan, Kaikoura and Christchurch to talk about their experiences and their art.

Lynn Freeman talks to two of the Christchurch artists -.one of the originators of the project, Kim Lowe and performance artist Audrey Baldwin.  Shared Lines opens in Wellington on the 17th of October.

1:31 Elisabeth Easther's love of birds produces a book and a play 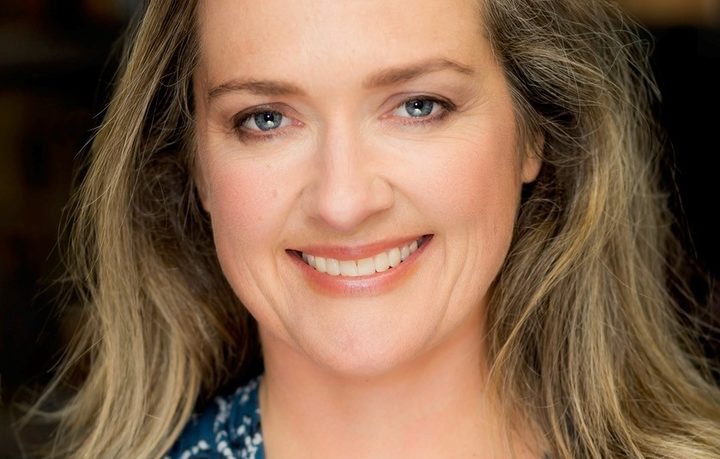 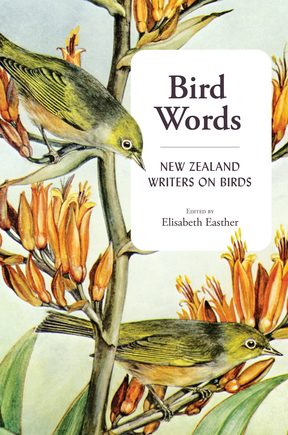 During the course of her research, Elisabeth came across the writing of Perrine Moncrieff and became fascinated by the conservationist and amateur ornithologist's story. She's now written a solo play about Moncrieff that's about to have its first reading at the Nelson Arts Festival.

Elisabeth Easther's anthology's called Bird Words and it's published by Vintage.   Her play - working title: Birds of a Feather - gets its first reading at the Nelson Arts Festival on the 21st of October.

1:47  A Pasifika photographer in New York 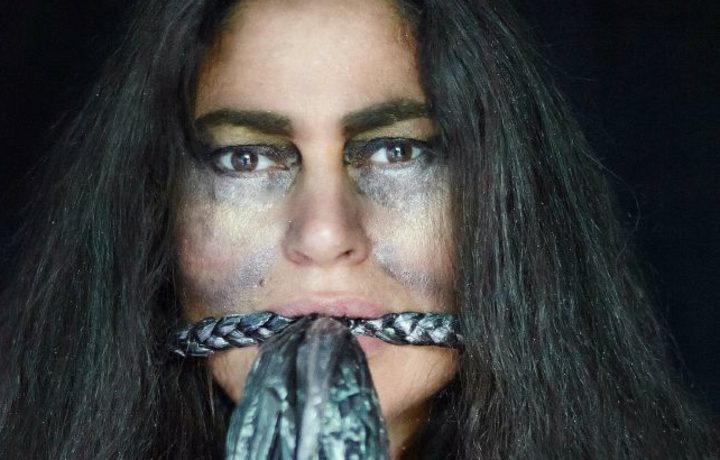 Since the 1990s, Rosanna Raymond has photographed urban Pasifika communities  She founded the SaVage K'lub and is a long time member of the art collective Pacific Sisters. For the past few months Rosanna's been far from home, at the New York Metropolitan Museum researching its collections. Rosanna talks about her work - home and away - at Te Papa when she delivers the 2017 Peter Turner Memorial lecture on October 11.  She talks to Lynn Freeman about working away from home.

Rosanna Raymond's with me in our Wellington Studio...welcome home: 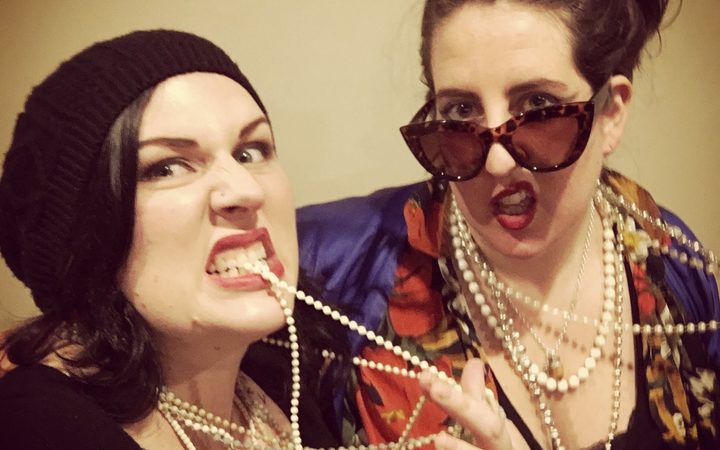 Improvisation is the rock and roll of theatre, a chance to strut your stuff on stage without a script - often without even a road-map - to the equal parts delight and nervousness of audiences and your fellow performers!  On October the 17th, Wellington's Bats Theatre hosts the New Zealand Improv Festival, with performers, teachers and directors from all over the country - indeed all over the world!   Festival Director Jennifer O'Sullivan and performer/director Christine Brooks join Lynn Freeman on the Laugh Track, and pick Mark Little, John Finneman, Seth Meyers and Geraldine Quinn.

2:26  Whatever happened to Grace Butler? 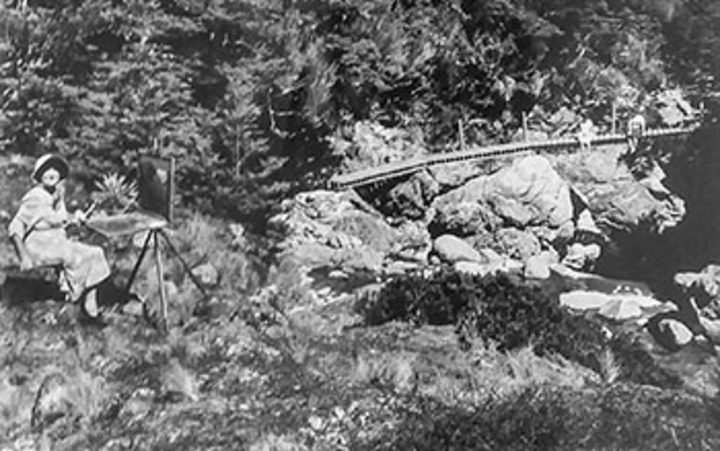 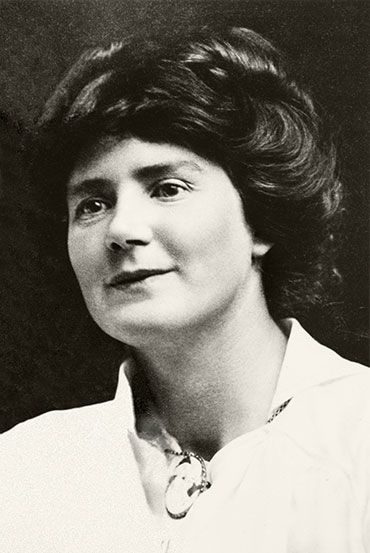 Grace Butler is an all but forgotten early 20th century Canterbury female painter. The plein-air artist and explorer had a lot of fans at the time, with later women artists like Olivier Spencer Bower and Doris Lusk particularly admiring her work.  Grace's work is also held in some of our main art galleries

Now her name's been given to a new art residency set up by her family. Dr Warren Feeney is involved in the Trust managing the Grace Butler Memorial Foundation Award for Canterbury artists. He explains to Lynn Freeman what made her special. 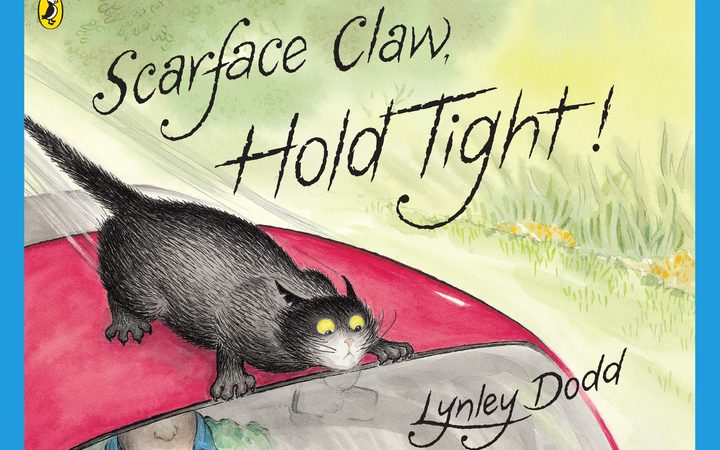 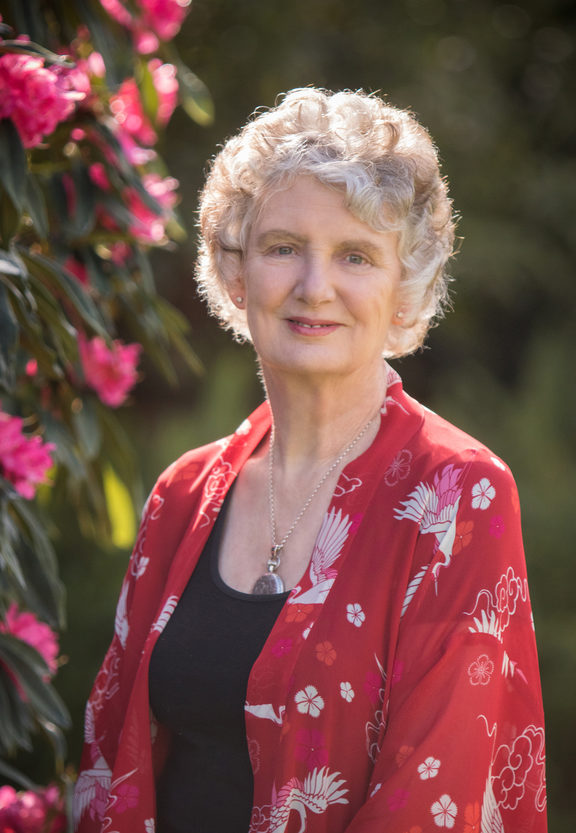 Be very afraid - New Zealand's most famous ferocious feline is back. Lynley Dodd's Scarface Claw has scared and delighted kids for decades now. Usually Hairy MacLary takes centre stage in the internationally popular children's stories, but in Hold Tight, Scarface Claw goes on an adventure - not, however, willingly. His trip on top of a car is inspired by true stories.

Lynley Dodd is one of the guest writers at the upcoming Tauranga Arts Festival where she'll be talking about her famous menagerie. She tells Lynn Freeman that, while most of her characters are dogs, she loves cats just as much: 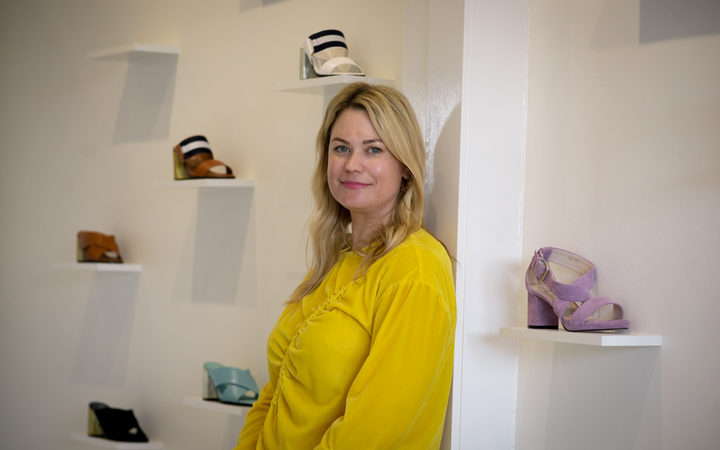 Kiwi designer Kathryn Wilson knows what it means to tread the boards of the footwear industry. She talks to Sonia Sly about moonboots, launching her label 15 years ago with naïve passion, and why bumps in the road serve as milestones.