Standing Room Only for Sunday 2 April 2017 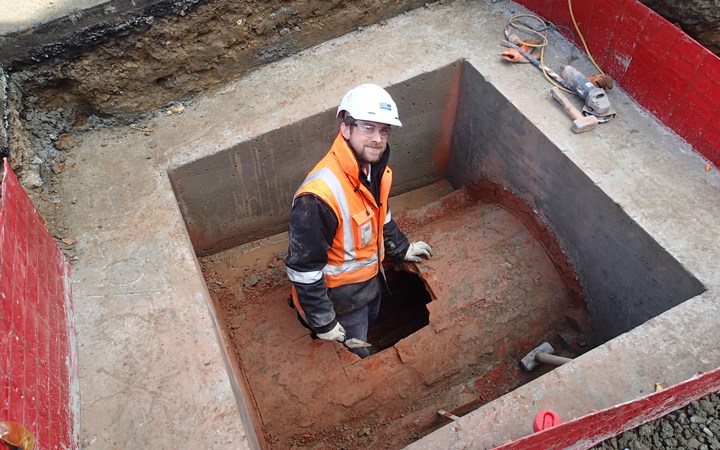 With so many roading and housing developments underway in many parts of the country, our archeologists are flat out recording and saving important artifacts. New Zealand's first Archaeology Week is underway, with events around the country aimed at encouraging us to think about our archaeological heritage and how best to protect it.

From the Far North to the Deep South there are talks, historic walks and museum displays.  Lynn Freeman talks tolk to archaeologists Jono Carpenter, based in Whangarei, Hamish Williams, who works for Underground Overground in Christchurch and James Robinson from Kerikeri.

On Chris Bourke's regular Audio Culture feature, a forgotten Kiwi pop pioneer finally  gets his moment in the spotlight.  Ike Metekingi is as much a New Zealand trail-blazer as Inia Te Wiata, Split Enz and Lorde, but most of us have never heard of him. As Chris tells Simon Morris, Ike Metekingi was the founder of the first genuine Maori Show Band, the Maori Hi Five. Ike blazed a trail, followed by acts like the Maori Volcanics, the Quin Tikis and the Maori Minors! 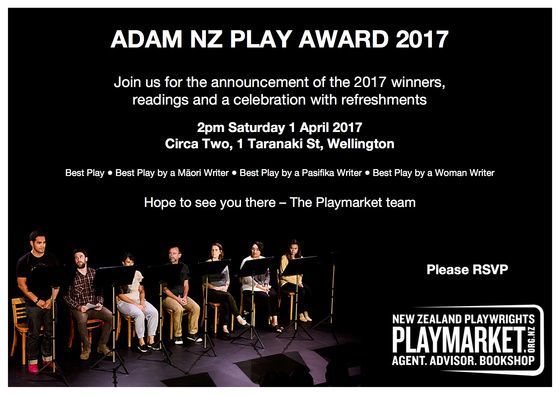 A play about a lonely octagenerian Samoan woman and her friendship with a chicken has won David Mamea the 2017  Adam NZ Play Award. Still Life with Chickens is David's third play and it also won him the Best Play by a Pasifika Writer category at the awards which were handed out yesterday. David's based in Whangarei and has worked in film, television, theatre and radio, across genres ranging from sci-fi, soap and horror, to drama. The Adam NZ Play Award recognises  the best in new unproduced writing for the theatre - this marks its tenth year.

The Judges describe Still Life with Chickens as 'deceptively small scale and domestic to begin with, but it balloons into a bona fide full-on tragedy.  Lynn Freeman catches up with David in Melbourne.

This week Simon Morris reviews Life and Aquarius, and talks to Hayden Frost and LJ Ritchie about their website Never Repeats, which plans to describe every New Zealand film ever produced. 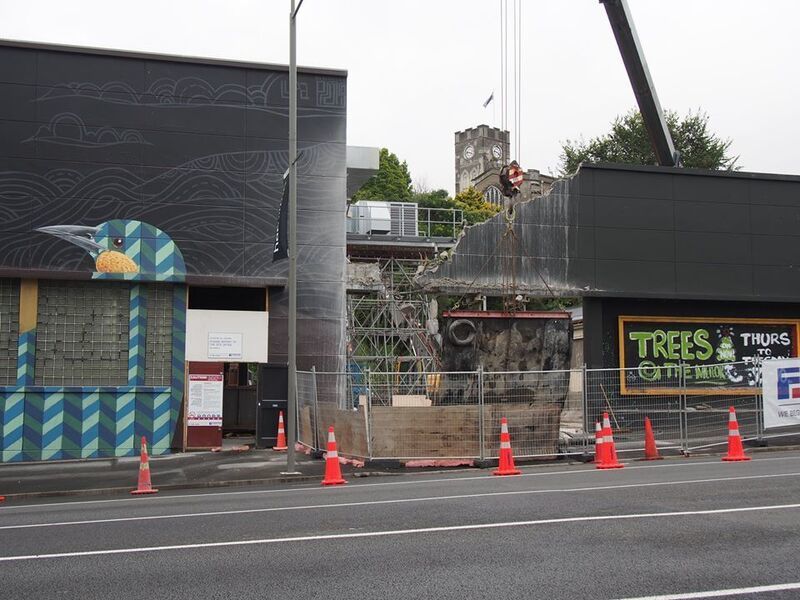 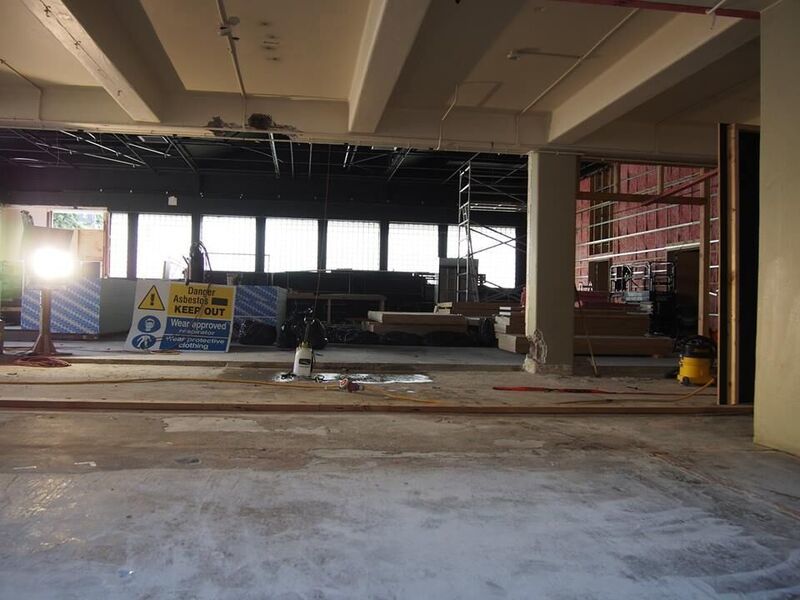 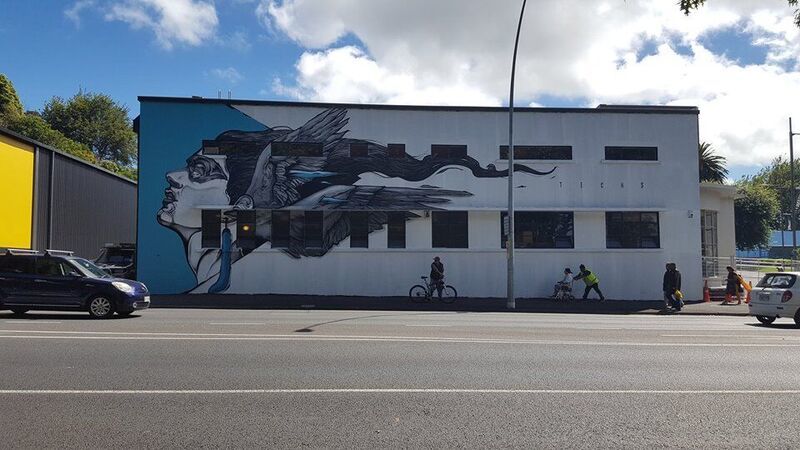 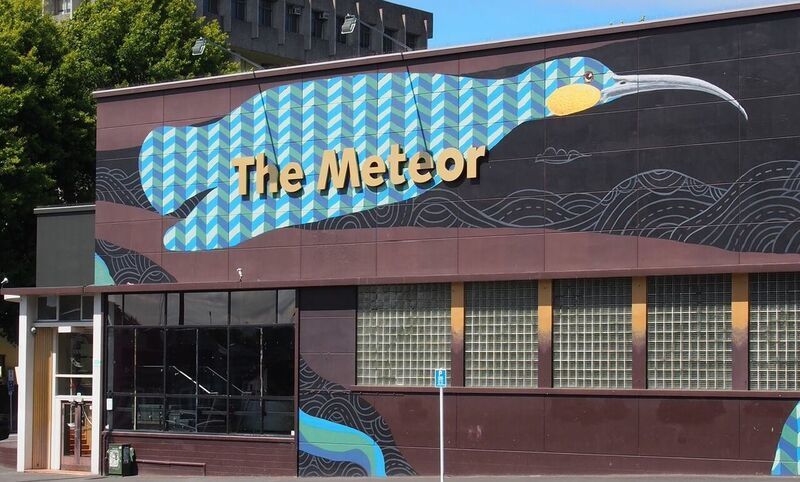 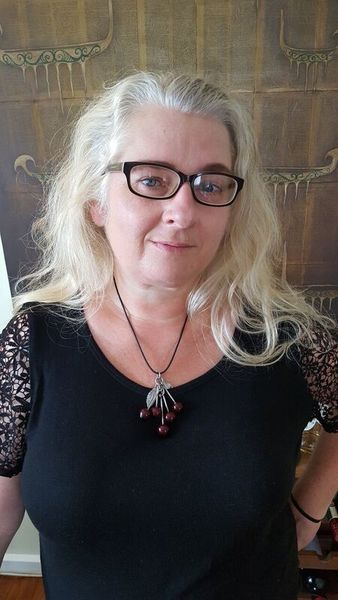 Asbestos and soggy foundations have put an expensive spanner in the works for the team behind the renovations and earthquake strengthening at Hamilton's historic Meteor Theatre. They've added around $80 thousand to the $1.2 million dollar project to preserve the popular performing arts venue. The Meteor's manager, Deborah Nudds, tells Lynn Freeman that the extra costs and the delays are setbacks but work continues on the building.

1:45 Album with royal connection shares stories of the ancestors 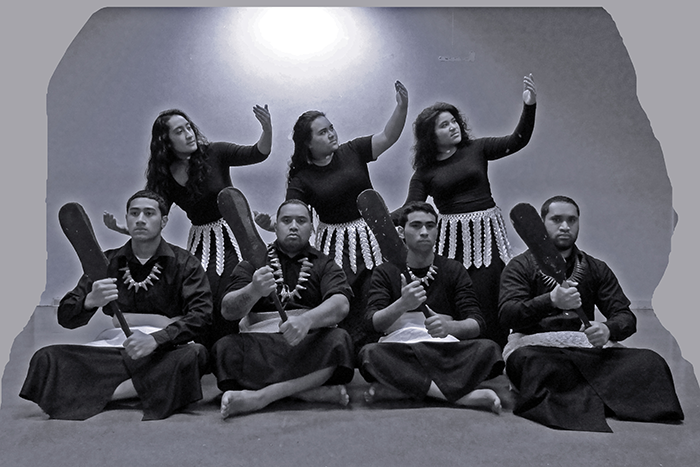 An record that combines the work of two creative forces from Tonga's past is about to be released. Lomipeau Fika 'Uluaki 'o Aotearoa combines the poetry of Queen Sālote Tupou III with the music of Lapaha Punake Vili Pusiaki - the great grandfather of members of Pukepuke o’ Tonga - the group putting it together. Group leader Sesilia Pusiaki spoke to Shaun D Wilson ahead of the album launch at Māngere Arts Centre. 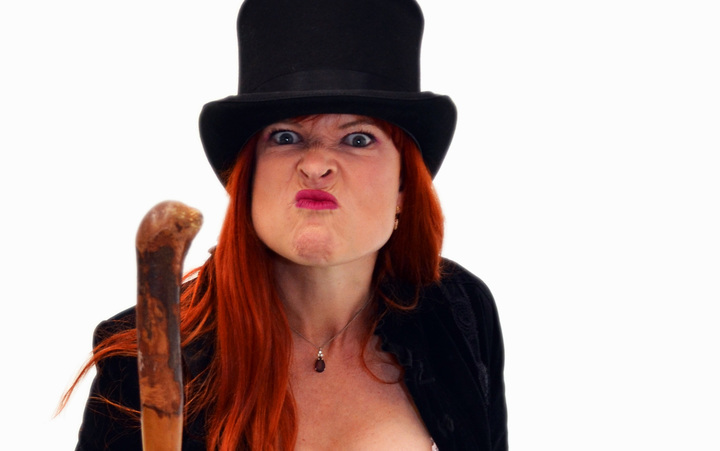 2:25 A New Novel Set in the Slums of Gold Rush Dunedin 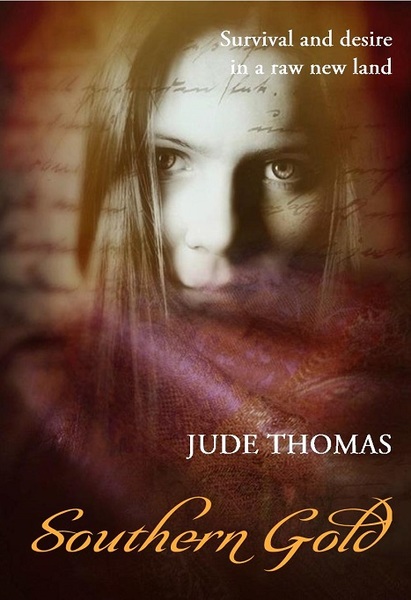 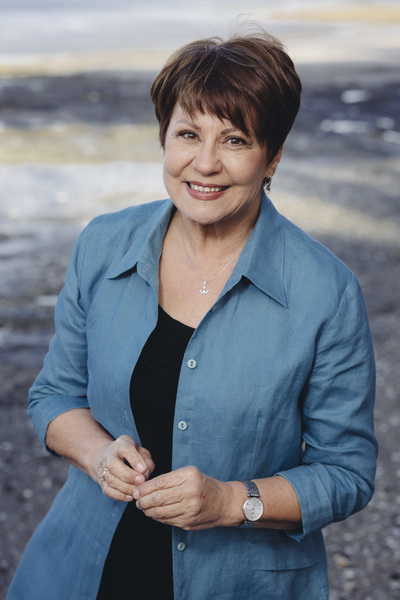 At the start of Jude Thomas's debut novel Southern Gold, we meet the daughter of a privileged girl, estranged from her family.  She chooses to live in a seedy part of 1850s Dunedin to raise her illegitimate daughter. Evie's Scottish settler family had come up with a solution for the problematic baby Billie, but it's not one her teenage mother accepts.

Jude sets much of the novel in Dunedin's notorious McLaggen Street, as she tells Lynn Freeman, one of the seediest parts of the gold-rich city in the mid 19th century.  Southern Gold is a Silvereye publication. 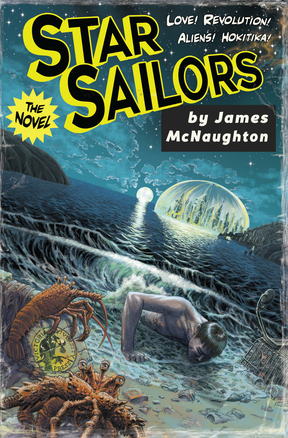 It's 2045 and as climate change wreaks havoc around the world, New Zealand becomes a sanctuary for the mega rich, who live in gated communities to keep the poor well away. This is the near future as imagined by Wellington writer James McNaughton in his novel Star Sailors. In it, there are oil rigs in Antarctica, and the wealthy can afford domed beaches and medical interventions that mean they can live to 120. Meanwhile a prophet - or is he an alien? - washed ashore years earlier in Holitika gains a growing following.

2:49 Winner of This Year's Storylines Gavin Bishop Award for Illustration

A last minute entry by a recent school leaver has taken out a top award for New Zealand children's book illustrators. We are delighted to announce that 18 year old Lael Chisholm from Feilding, has just won this year's Storylines Gavin Bishop Award for Illustration.The Award was presented at The Storylines Margaret Mahy Medal and National Awards Day in Auckland. Her watercolour interpretation of Heather Haylock's book Granny McFlitter, the Champion Knitter will be published next year. Lynn Freeman talks to Lael Chisholm who just left Feilding High School last year, and is now working as a  freelance artist and designer.

This 1958 recording is played to honour the Narrator - distinguished actor, the late Bernard Kearns.  And before that, Lynn Freeman's interview with Bernard recorded at his home in 2002.

Artist: Status Quo
Song: Down Down
Composer: Rossi-Young
Album: Whatever You Want
Label: Polygram
Played at: 1.10