Standing Room Only for Sunday 3 July 2016

There's been a cappella singing since the dawn of time - vocals without instrumental accompaniment.  Choirs, old gospel, folk songs and barbershop quartets refined the sound to the respectable glee clubs of American universities.  But we've come a long way from there recently - remember the hit Pitch Perfect movies?  Simon Morris talks to the "father of modern a cappella" - and vocal arranger of Pitch Perfect - Deke Sharon...

In honour of local hero Richard O'Brien, a new Rocky Horror-themed Pavilion is being installed in Hamilton's Riff Raff Square, home to the Riff Raff sculpture. A bright red converted shipping container will be home to gargoyles, and an interactive Frank N. Furter's Gadget Box.  Mark Servian from The Riff Raff Public Art Trust is a driving force behind the pavillion.  Lynn Freeman talks with Mark and to the local sculptor behind the gargoyles  Marti Wong.  Mark explains there's a lot more to the pavillion than planned Rocky Horror toilets:.. 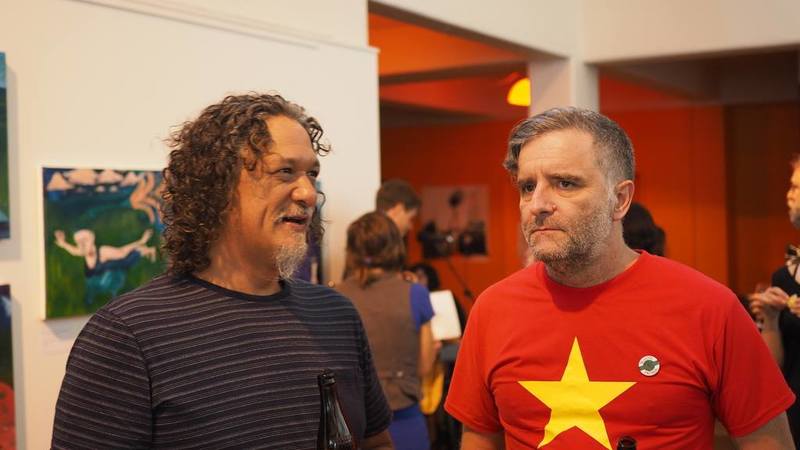 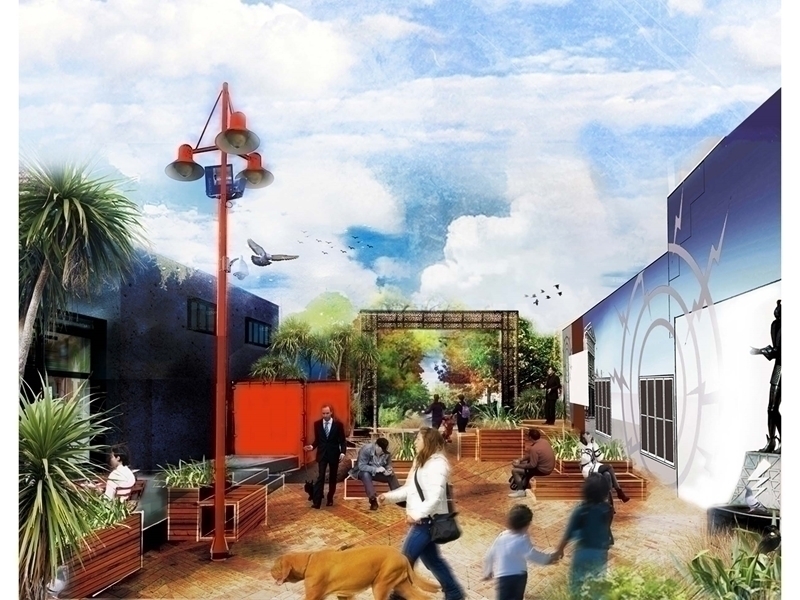 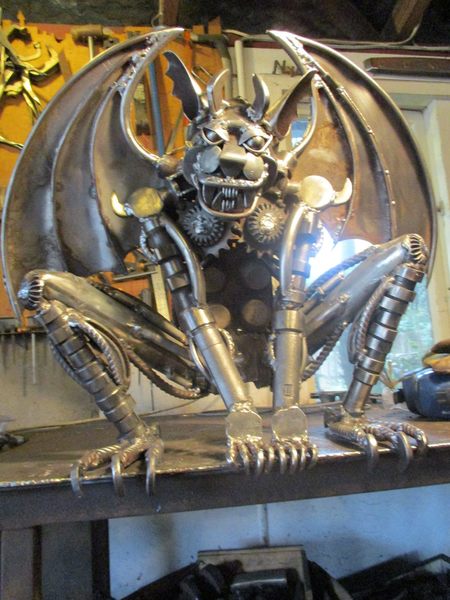 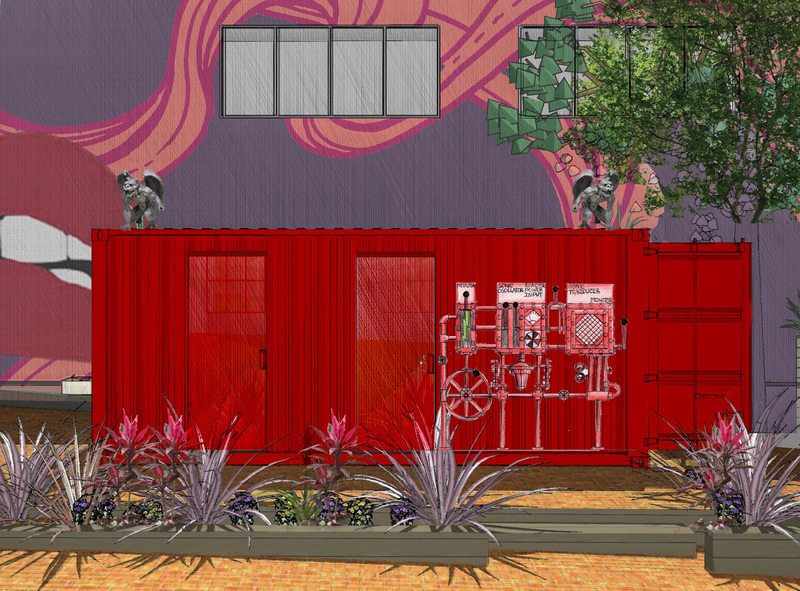 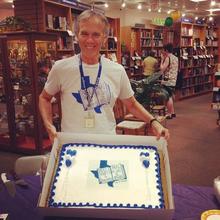 In Austin Texas is a much-loved independent bookshop where writers, and even politicians come. Behind its popularity is former lawyer and investor turned owner of BookPeople, Steve Bercu. When so many bookshops have slimmed down or shut down, Steve's expanded his business. It now has 95 staff. Steve's addressing the Booksellers New Zealand conference in Auckland today, and talks live with Lynn Freeman.

With so many New Zealand TV shows broadcast over the years, it's safe to say that not all of them were brilliant.   Even the usually upbeat NZ On Screen has a section called When Good TV Shows Go Bad. Melody Rules, The Club Show and the notorious Gofta Awards - Lynn Freeman asks NZ On Screen's Irene Gardiner if they were all as bad as they were made out?

On the Laugh Track, we've had all sorts of people - comedians, musicians, writers, conductors...  But we generally steer away from the world of circus. Juggling, high-wire acts and lion-taming never work as well on radio as you'd think! But this week we couldn't resist Michael Armstrong - a one-man circus act who's about to hit Dunedin in a show called Blown away.  Michael's picks include Louis CK, The Flight of the Conchords, George Carlin and Bo Burnham. 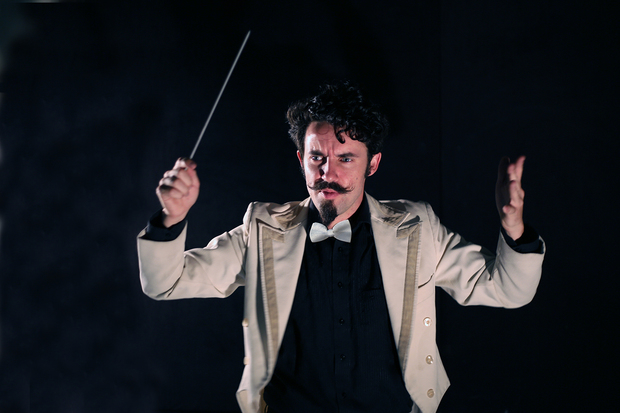 About an hour north of Auckland is a small private gallery offering a little more than just white walls and spot lighting. The Vivian is set on former farmland in the holiday hotspot of Matakana, offering contemporary art from around the country and celebrating what its staff call "the rural aesthetic'. But as gallery founder Helen Crosby tells Justin Gregory, the original plan wasn't about art at all:

A den by a lake in a secret wildlife sanctuary becomes a haven for two women and a teenager.  That's the premise for The Quiet Spectacular, the latest novel from Dunedin author Laurence Fearnley, whose previous books include Edwin and Matilda and The Hut Builders.  As always, the landscape plays just as big a role as the characters in the novel. 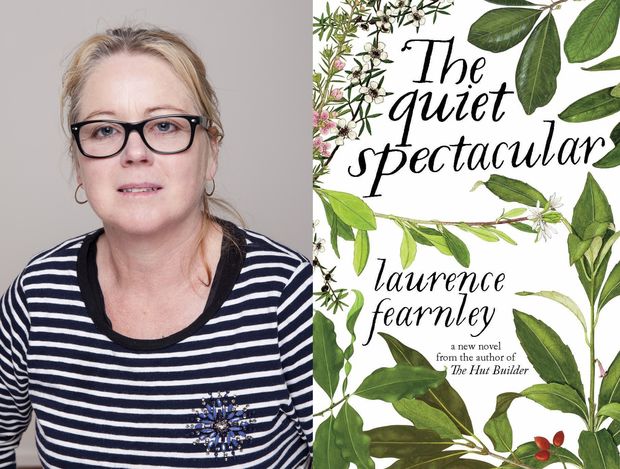 In Daniel Belton's multi story dance films, you can see dancers float through the air, ride a whale, walk a tightrope - honestly, anything is possible. The Dunedin filmmaker's illuminsecent work is in demand around the world, usually projected against the sides of huge buildings. The dancers aren't on a set, they're interacting with geometric and architectural drawings that are added afterwards.Daniel's about to choreograph and film a new work with Royal New Zealand Ballet company  dancers. At the same time he's taking several works to project on Nelson buildings as part of the city's winter Light Festival.  Lynn Freeman asked Daniel about creating work where the dancers don't know how they'll be portrayed in the finished film: