Fools for Christ: Madness, Mission and the Kingdom of God in South Wellington 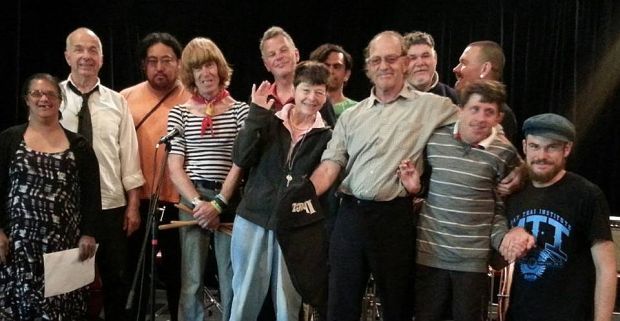 When asked to describe what he means by “The Kingdom of God”, he says he likens it to what things would be like, if God ruled the world. More specifically, it’s about people living in right relationships: with the planet and with each other.

On that score, Richard Noble agrees that he, and his two parishes of St Cuthbert’s and St Thomas’ have formed particular relationships with the large community of people in south Wellington who live daily with various forms of mental illness. There are two reasons for this: one is the nature of the suburb, Newtown, which Richard Noble describes, not unkindly, as "a large, general and open psychiatric ward". Not surprising really, because of the acute mental health services offered by Wellington hospital, the number of drop-in centres, and the many multi-storied social housing units in the neighbourhood.

But there is a more personal dimension – Richard Noble’s own experience of bouts of depression, and the fact that in order to get an income to support his ministry, he has worked as a paid support worker in a community-based mental health service.

Then there’s the woman who takes care of other members of the congregation, and who’s often filled with visible joy, which gives comfort to others. One other major enterprise, that has included him is what Richard Noble calls the Music Rythym Beast, the ensemble, Sendam Rawkustra, a partnership between musicians like himself and other people with the experience of disability.

But Richard Noble stresses he doesn’t want to romanticise things. Mental illness can be a hard slog. For instance, on the day Sendam Rawkustra released its first CD compilation, one of the members took his own life.

Links:
Theology, Disability and the People of God - Conference abstracts (PDF download)
Fools for Christ: Madness, Mission and the Kingdom of God in South Wellington