Finding Authenticity for a Post-Christian Generation 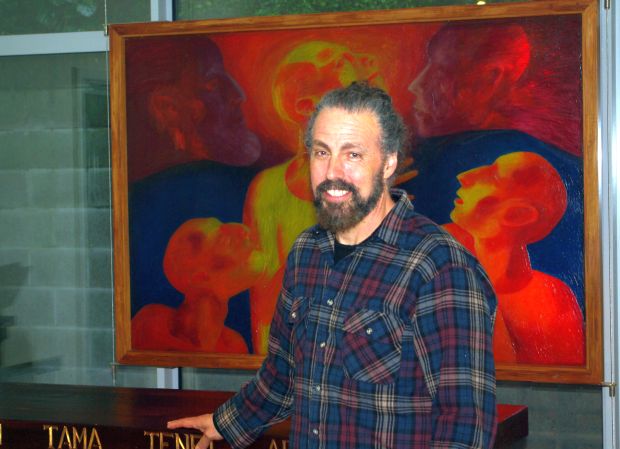 Mark Johnson is the Supervising Chaplain at AngChap – the Anglican Chaplaincy at Victoria University in Wellington. As a Chaplain his job description is to offer pastoral and other practical support to any who need it, and to nurture the spirituality of Christian students and staff. Mark sees his job as to “embody, proclaim and enact the life that Jesus talked about – a life well lived.”

But Mark’s background for the job of chaplain is unconventional. Before coming to New Zealand three years ago Mark was pastor at the Salvage Yard Church in Minneapolis – a church that began as a Bible study group designed for unchurched, atheist and agnostic young people.

Mark says he felt the call into ministry and started off working with young people at a traditional church in the suburbs of Minneapolis. But he says he saw kids that would not come to youth group and was moved to start a group for those young people in an old abandoned funeral home in the city.

Mark says this group included young people who could be described as being part of a post-Christian youth culture.  “Most of the kids wouldn’t have had much experience with any kind of church and if they did – it was speaking a language they didn’t understand.” Many of them also had issues with drugs. 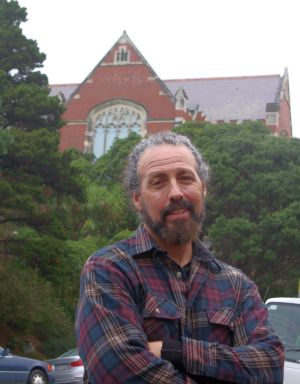 The church grew in a community of believers that sought to rescue and restore people in the Christian message and send them out into the community. Mark spent nearly 17 years with that ministry.

Mark moved to Wellington three years ago with his New Zealand born wife and took up the chaplaincy role Victoria University.  He says the university environment is secular. “Chaplains grew out of a world where there was this assumption everybody was a Christian and you just come along people and give them advice every now and then.  We don’t live in that world anymore.”

Nowadays Mark says he is often encountering students with little or no knowledge about Christianity. “They don’t know the story. They may see the residue and the symbols but not the story.” But he says students still have an ache to make a difference and an ache for the Kingdom of God. He says the challenge for the established institutional Christian churches is to get back to their roots and become communities in a real sense. “This younger generation want authenticity; they want a real community of believers. They need to see that before they’ll want to be part of any kind of Sunday morning thing.”